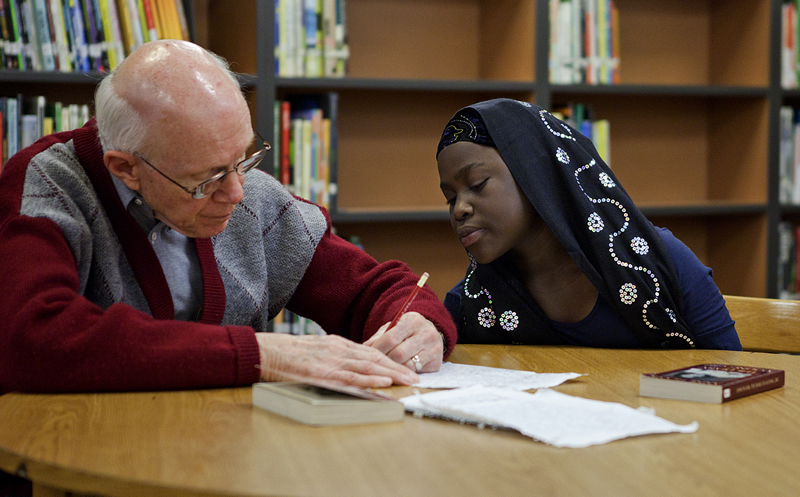 For actress Klea Blackhurst, life’s a musical improv. Performer Klea Blackhurst BFA’85’s first time on stage was while she was still in utero, when her pregnant mother, Utah actor Winkie Tedesco Horman BFA’61, appeared in Oklahoma! singing “I’m just a girl who cain’t say no.” The next time she appeared on stage with her mother, […]

An excerpt from the memoir I Love You and I’m Leaving You Anyway. ~After graduating from the University of Utah with a degree in broadcast journalism, Tracy McMillan went to work in television news. For the next 15 years, she wrote and produced news at the local and network level—doing stints in Portland, New York, […]

Personal tragedy helps an alum find beauty and meaning in the ugly and awful. From the day the photography exhibit opened at the Salt Lake Art Center, where she worked to help pay for college, one image captivated Angela Haseltine Pozzi BS’84: a cascade of red and white rubbish spilling down a stairway like some […]

Building for the future. Alum Sarah Woodhead channels her dual passions for architecture and the Middle East into a career drawing on both. How does a young girl raised in small-town New England combine a deeply ingrained love of Middle Eastern culture with a profound interest in architecture? If that girl is Sarah Woodhead BA’80 […]

An alum makes her way back to Utah after forging a groundbreaking career in litigation communications. When Andy Pettitte, a New York Yankees starting pitcher with a reputation for being straight and honest, got caught up in a Congressional investigation over performance-enhancing drugs, his legal team knew that he would need help in handling the […]

In the Fullness of Time

For this composer, success was slow to come but is all the sweeter for it. By Catherine Reese Newton Marie Barker Nelson Bennett BA’47 MFA’52 PhD’80 is living evidence of the adage that good things come to those who wait. Bennett, now 83, studied with one of the 20th century’s pre-eminent composers—an accomplishment that was […]