University of Utah alumni John and Marci Stevens were quite happy raising their four children in Palo Alto, California, in 2007 when they visited Ghana to research the possibility of financing construction of an orphanage there. They wanted to see examples of orphanages already up and running, and during their first visit to one, they walked into an open area filled with children. Some of them couldn’t walk. Some were almost naked. The building was filthy, with babies sharing cribs lined up in rows, and some of the children didn’t want to be picked up and held. Piles of donations were stacked nearby, going unused. “It was heartbreaking,” John recalls. “Depressing.”

Among the children was a girl who appeared to be about 6 years old. Her name was Perpetua, and no one at the orphanage had a record of her last name. “She had so much exuberance, so much enthusiasm,” Marci says. “She seemed so different.” Within the year, the Stevenses adopted her and brought her back to Palo Alto. The couple also resolved to try to help children like the others they had seen at the orphanage. In 2008, they became leaders of a nonprofit group, the Kaeme Foundation, which provides staff and logistical support to help the Ghana Department of Social Welfare survey orphanages countrywide and gather information about each child’s history, health, and welfare. The department then uses that information to reunite children with their families or place them in other family-based care—and to help keep the children from falling prey to human traffickers. The word kaeme in the Twi dialect of Ghana means “remember me.” “Kaeme is truly a labor of love for us” John Stevens says. “It never feels like real work.”

The Stevenses’ initial trip to Ghana traces back to a 2006 article that John read in The New York Times Magazine, about child trafficking. It was the photo of a little boy forced to work on a small leaky fishing boat on Lake Volta that caught his eye. In the article, “Africa’s World of Forced Labor, in a 6-Year-Old’s Eyes,” Sharon LaFraniere wrote that the boy, Mark Kwadwo, was one of thousands of children in west and central Africa who are sold into servitude and forced to work in horrifying labor camps. “It was just moving to me,” John Stevens recalls, and after he had Marci read the article, they both agreed they wanted to try to help. But their experience in assisting others then related mainly to donating time and money to local charities and fundraisers at their children’s schools in the Palo Alto area. 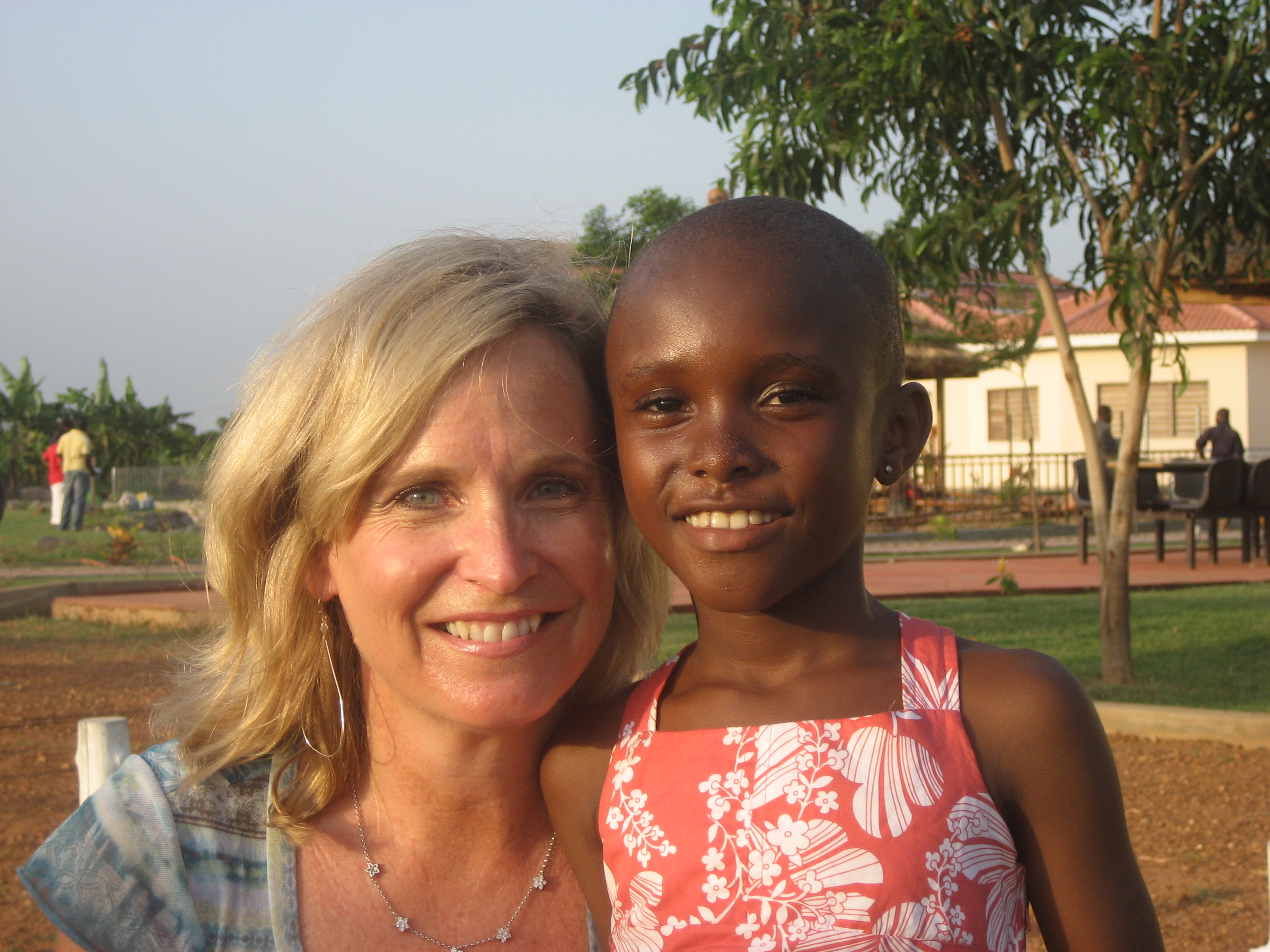 University of Utah alum Marci Kirk Stevens, left, and her husband, John, adopted their daughter Perpetua in Ghana in 2007.

John had met Marci Kirk when he was a student at East High School and she was attending Highland High in Salt Lake City. Their first date was attending a University of Utah football game. They both graduated from the U in 1982, he with a magna cum laude bachelor’s degree in psychology, and she cum laude in university studies with a social and behavioral science emphasis. They married two days after graduation and moved to Palo Alto, where John began medical school at Stanford University and Marci had an internship with a commercial design company. She eventually became chief executive officer of an architectural design firm in the Bay Area for a decade while John finished his medical training and went on to work as an adult and pediatric cardiac surgeon at Stanford University Hospital and Lucile Packard Children’s Hospital in Stanford, California. He also co-founded three technology-focused companies: Heartport, Amp Resources, and Sundrop Fuels. In 1998, the U Alumni Association’s Young Alumni Board awarded him its Par Excellence Award, when he was working with Heartport in creating technology for minimally invasive cardiac surgery. He is currently chairman and chief executive officer of Silicon Valley-based HeartFlow, Inc., which provides physicians with a noninvasive test that produces functional and anatomical data to assist in the diagnosis of coronary artery disease.

Along came that article on child trafficking in Africa, and soon after the Stevenses read it, a friend told them about two Ghanaians, Stephen Abu and his son Stephen Abu, Jr., who had been working with Helena Obeng Asamoah, an official with the Ghana Department of Social Welfare, to reform the orphanage situation in their country. Ghana’s government had been taking steps to reduce child trafficking, by making it easier for children to attend and stay in school and by giving small loans to poor women to reduce the incentive to “lease” out their children. The government also had created a system, through an endeavor called the Care Reform Initiative, to maintain a more accurate and complete paper trail of children’s identities, in hopes that fewer of them would become lost in the shadows of the slave trade. Asamoah had created a Ghanaian-based nongovernmental organization called Kaeme in 2007, with the aim of better record keeping on children and reuniting them with their families, if possible, or finding them good alternative homes with families in Ghana, but the group was still in the planning phase and hadn’t yet begun any work. She had run a few government orphanages and helped formulate the Care Reform Initiative, and the Abus were helping her seek funding in the United States for a new orphanage.

John and Marci Stevens’ friend told them the Abus would be in Salt Lake City, so the couple flew from California to meet with them. “If I hadn’t read the article, I’m not sure we would have been drawn to the request,” John says now. The Abus invited them to Ghana, and John and Marci made their first trip there in January 2007, and met Perpetua. Early in 2008, Asamoah and the Stevenses decided that rather than building a new orphanage, they would incorporate Kaeme as a U.S. nonprofit organization, with John and Marci as its new leaders, and begin a more complicated endeavor.

“The first time they came to Ghana, they fell in love with the people, especially the orphans and the vulnerable children in the country,” says Stephen Abu, Jr., who is currently chairman of the Kaeme board in Ghana. “Their belief is that every child deserves and should be in a home with good, caring parents.”

John and Marci visited more orphanages on that trip, and more trips followed. As they began to profile the children in these places, they found that hundreds of children had been abandoned or taken in by orphanages after their parents or caretakers had died, but not all of the children in orphanages were orphans. Some had been given up because they were disabled or had behavioral problems. Others had been abused and taken from families, and still more were placed in orphanages in hopes they would receive a better education. 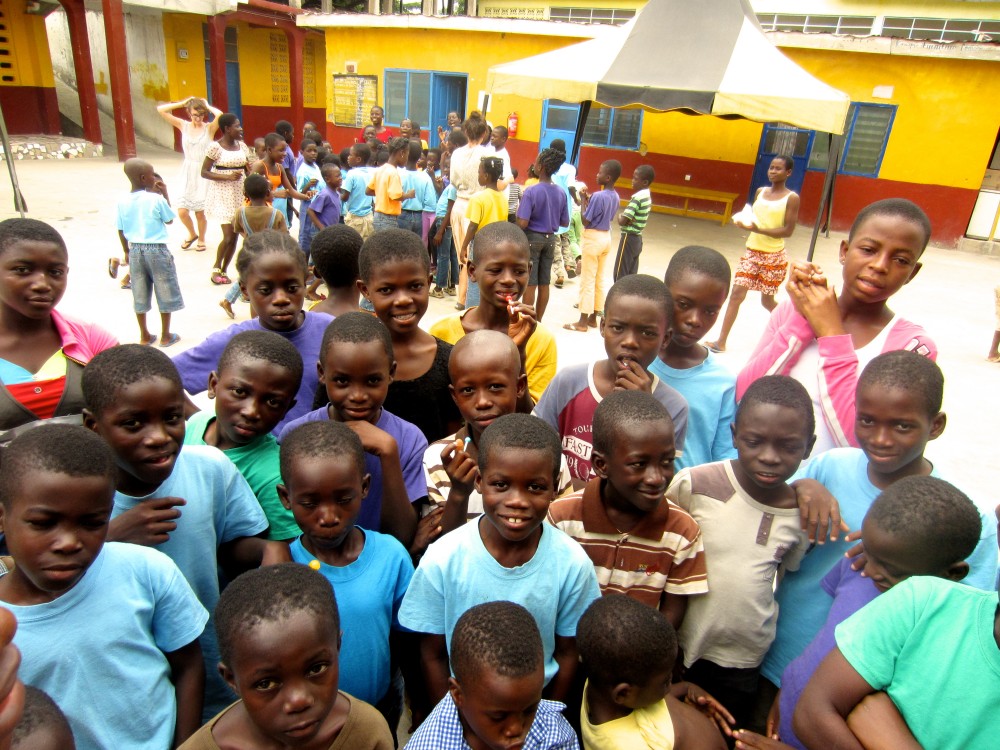 Children in an orphanage in Ghana’s Greater Accra Region gather to meet Kaeme Foundation interns who will be working with them.

By 2009, Kaeme and the Stevenses had begun working with the Ghanaian Department of Social Welfare on Ghana’s Care Reform Initiative. They were immediately up against staggering odds that Kaeme would be able to make an impact, with 1.1 million children living in orphanages in Ghana, along with thousands of “vulnerable” children, according to UNICEF. But Ghana’s Department of Social Welfare believed that 80 percent of those children, many handed over to orphanages ultimately because of poverty, could be reunited with families if support was available to help them. The consensus was that rather than building more orphanages, a database was needed that would have profiles on each child in every orphanage in the 10 regions of Ghana. Over the years, Kaeme has helped implement that work. “This has helped the government to identify— and shut down—many orphanages that abused children for their personal gains,” Stephen Abu, Jr., says.

As Kaeme’s involvement in Ghana grew, the Stevenses were trying to comprehend the problems there. John recalls finding an orphanage funded by sources in the United States and run by a Ghanaian, a pedophile who was using the facility to sell kids as “sex slaves.” Other orphanages would “recruit” children from their families with the promise of a better home, but the proprietors’ only interest was to use the operating budgets from government and private sources to line their own pockets. And still more orphanages were selling children as “slaves” to work in the Lake Volta area and elsewhere for paltry sums that were collected by their families.

With the help of volunteers from the United States and paid staffers in Ghana, Kaeme has been visiting orphanages in all but one of Ghana’s 10 districts to create and store records on each child. To help coordinate that work, John Stevens has been to Ghana 16 times, and Marci has made 10 visits. Nearly 60 student volunteers, mostly from Stanford University, have logged almost 13,000 hours to gather as much information as possible on the children. 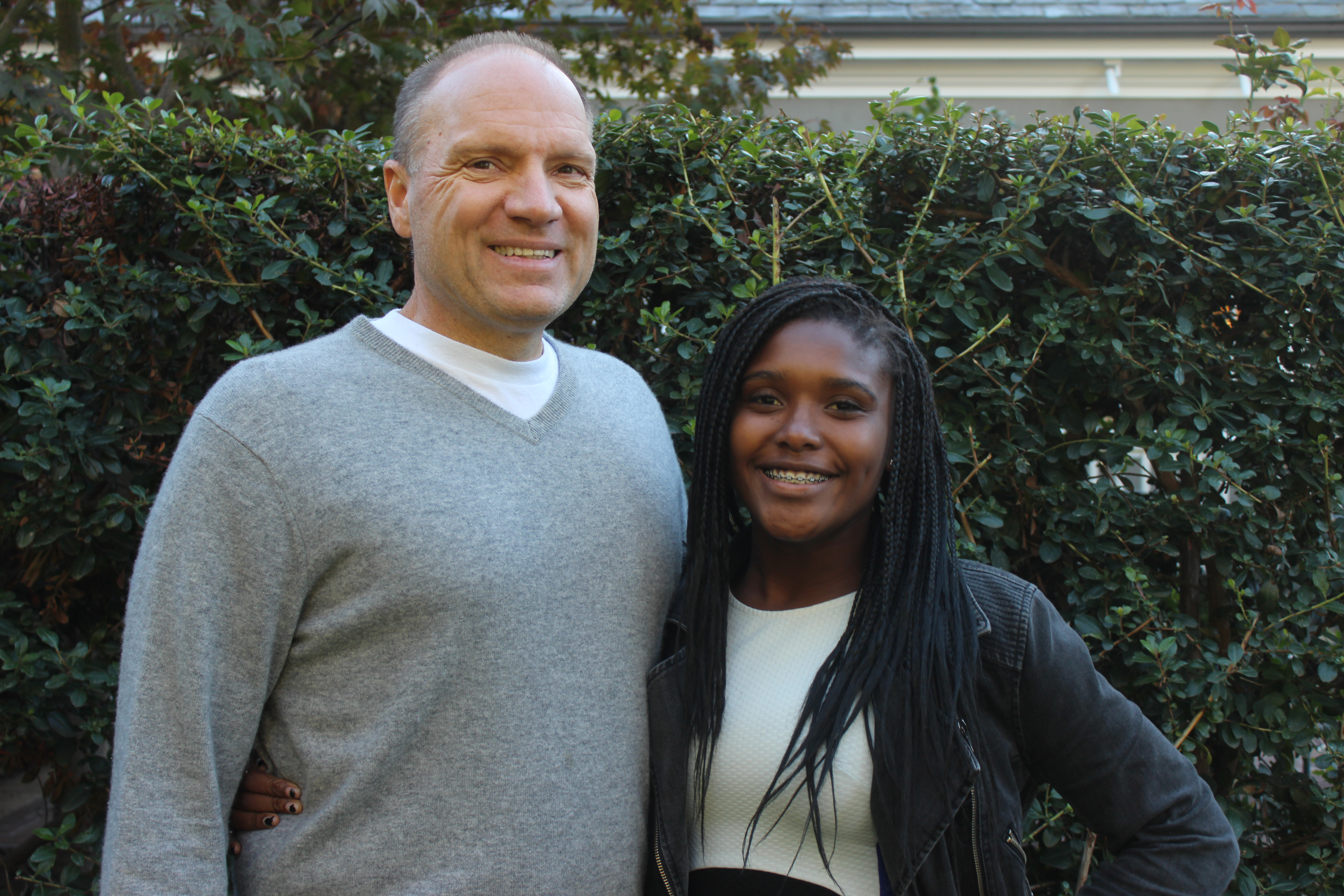 At home in Palo Alto, California, John Stevens, left, says his daughter Perpetua helped motivate him and his wife, Marci, to lead Kaeme. Perpetua, now a teenager, is an A student who enjoys playing volleyball.

One of those students, a Stanford freshman named Kava Abu, spent a summer in Ghana with Kaeme. A “major” issue in Ghana’s orphanages, he says, is that they don’t prepare children for life after institutionalization.

“For the most part, orphanages are raising kids that have trouble finding jobs, living independently, and establishing long-term relationships,” he says. “Most of the directors of orphanages in Ghana know this, but their financial interests are best served by perpetuating the existence of the orphanage system. Kaeme is helping the Ghanaian government to combat this type of child exploitation.”

Kaeme’s work has helped lead to the closure of seven of the most egregious orphanages in Ghana, and as of this past October, database records had been created for about 2,460 orphans. The government now knows who these children are and how they landed in orphanages, and can take the first steps toward possibly reuniting them with their families or getting them placed with other families in Ghana.

“Kaeme is a model for an NGO/ governmental partnership that seems to be working, solving a problem that is very common in the developing world,” John Stevens says. “We have heard from several international experts that this model would be of great benefit in many, many countries.”

The work of Kaeme also has become the subject of research by a Brigham Young University professor of social work, Jini Roby, who in recent years has been conducting a study to compare outcomes on several well-being indicators between the Ghanaian children who have been returned to a home and those who remain in orphanages. This past spring, Roby, along with colleagues and students from BYU, spent several weeks in Ghana, collecting data on children in orphanages and homes. “Kaeme is one of the few organizations that understand the importance of keeping children in their families, with support when necessary, rather than in an institutional setting,” Roby says. “The evidence is overwhelming that family is the best environment for raising children who will be emotionally and socially healthy in the long run. Kaeme works to support the government’s stated policy on care reform, which is very commendable. Many NGOs do their own thing, regardless of government policy or overall direction that has been laid out. Kaeme, in many ways, is coaching and mentoring government actors in carrying out their policies.”

John and Marci Stevens now talk about closing that “last mile” in Kaeme’s work, which is to gather better numbers on exactly how many children, as a result of creating accurate data, are transferring out of orphanages and into homes. Today, the government in Ghana is at least able to connect first and last names to the faces of many more children in orphanages, thanks to the efforts of Kaeme. “One child at a time, we’re making a difference,” John Stevens says.