Bill Marcroft may not spend as much time in the broadcast booth at the University of Utah’s Rice-Eccles Stadium as he used to. He might not have his name on a seat in the front row of the Huntsman Center. But for many, Marcroft is, and always will be, the voice of Utah athletics.

Marcroft BFA’52 spent 35 years covering Utah games as a sports broadcaster for KALL-AM radio and KUTV-TV in Salt Lake City. When he signed off for the final time as the “voice of the Utes” at the 2005 Fiesta Bowl, he had called 440 Utah football games and 1,088 basketball games, including the 1998 NCAA men’s basketball championship game. After his retirement, his “Marcroft Moments” became a staple of the Utah football pregame shows, and he’ll be returning to resume them again this fall. He continues to be a fixture at Ute games—conducting pre-game interviews and hosting alumni functions. This past April, the Utah Sports Hall of Fame Foundation presented him with its Distinguished Service Award.

Marcroft’s journey to becoming an iconic voice along the Wasatch Front began in Salt Lake City, where he acted in school plays at South High and even appeared, when he was still a high school student, with Orson Welles and the Mercury Players in their presentation of Macbeth at the U’s Pioneer Memorial Theatre. After graduating from the U with a degree in theater in 1952, he joined the Air Force and got a job with Armed Forces radio and television in Tripoli, Libya. There, he called his first sporting event, the Air Force Championship, which was a football game played by military athletes. Because he had to set up on the sidelines, he didn’t have a decent view of the action. Without a spotter or statistician on hand, keeping track of much more than the score was a challenge, and his introduction to sports broadcasting was, in his opinion, a miserable failure. “To me, it was just horrible,” he recalls. “I told myself right then that I would never do that again.”

He returned to Utah after his military service and joined the local ABC affiliate station. As a staff announcer, he reported on news, weather, and sports and even hosted an afternoon children’s show as “Captain Jet.” He also did commercials as “Bill, the Family Man.” He later moved on to KUTV, where he was the station’s first weatherman. He did play-by-play coverage for delayed broadcasts of local high school football and basketball games during the mid-1960s, but he didn’t do live calling until he was asked in 1966 by Bill Howard, the KUTV sports director who was then the “voice of the Utes,” to work on Utah sports broadcasts. 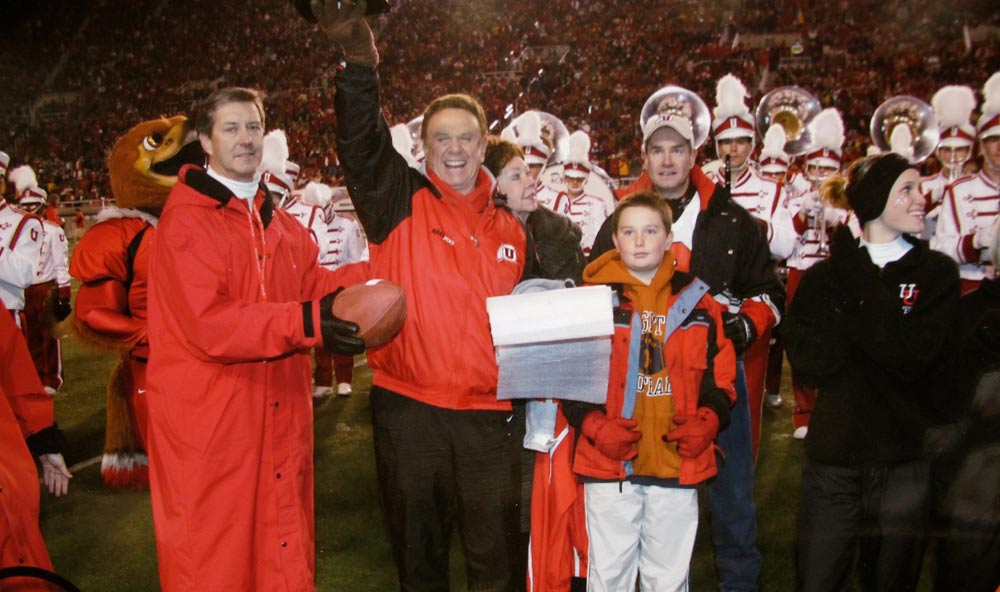 “Initially, I balked,” Marcroft recollects now. “I agreed, but only if I could do color and not play-by-play. I’m so glad I did.” Marcroft eventually moved from color to play-by-play, and his career now spans more than 50 years. And though he no longer does play-by-play broadcasts, he’s still telling stories—and playing golf, despite a recent shoulder surgery that kept him off the greens for a few months.

Marcroft, who in 2005 received a Distinguished Alumnus Award at the U’s Founders Day, also still keeps a close view from the sidelines on developments in Utah athletics. Regarding the University of Utah’s 2011 entry into the Pac-12 conference, he says: “It’s a natural fit. Honestly, I thought it would happen a lot sooner.”

Marcroft says he saw a shift in the sands decades ago when smaller-market Pac-8 schools such as Oregon State and Washington State struggled in many cases to keep up with their bigger partners in the conference. Eventually the Pac-8 added Arizona and Arizona State, and Marcroft says it was only a matter of time before the Pac-10 expanded again.

What he didn’t foresee, however, was the inclusion of Colorado as Utah’s new conference “rival.” “When it did happen, I truly thought it would be BYU coming along instead of Colorado,” he says. “For a variety of reasons, the Pac-10 decided Colorado was a better fit. But I still think BYU and Utah belong in the same conference together.”

The U is now in the middle of a two-year hiatus from playing BYU in football. The suspension in 2014 and 2015 is the result of scheduling conflicts with other teams and will interrupt a rivalry that has gone on for decades. But Marcroft believes the match-ups of the two teams should continue in the future: “No questions asked, Utah and BYU should play football every year and should have an annual home game and also have a home series in basketball.” He also thinks Utah and Utah State University should always play one another every year, as should Utah State and BYU. That said, Marcroft recognizes the new realities of conference schedules, independence, and the need for national exposure and schedule strength. Scheduling traditional rivals and foes, he admits, is likely more difficult than most fans—Marcroft included—would prefer. Even so, the Utah-BYU rivalry “encompasses everything that this state represents in so many ways,” he says. “It is a game that is unlike any other game in the nation.”

But with the Pac-12’s nine-game conference scheduling requirement and BYU’s new football independence, he says the rivalry may never be what it once was. “Utah really has a problem trying to put BYU in there every year,” he says. “The new conference, the need to schedule a national game, the need to schedule an early-season game that is, pardon my term, a sure win. It all adds up to a situation where scheduling BYU every year in football is going to be very difficult.” 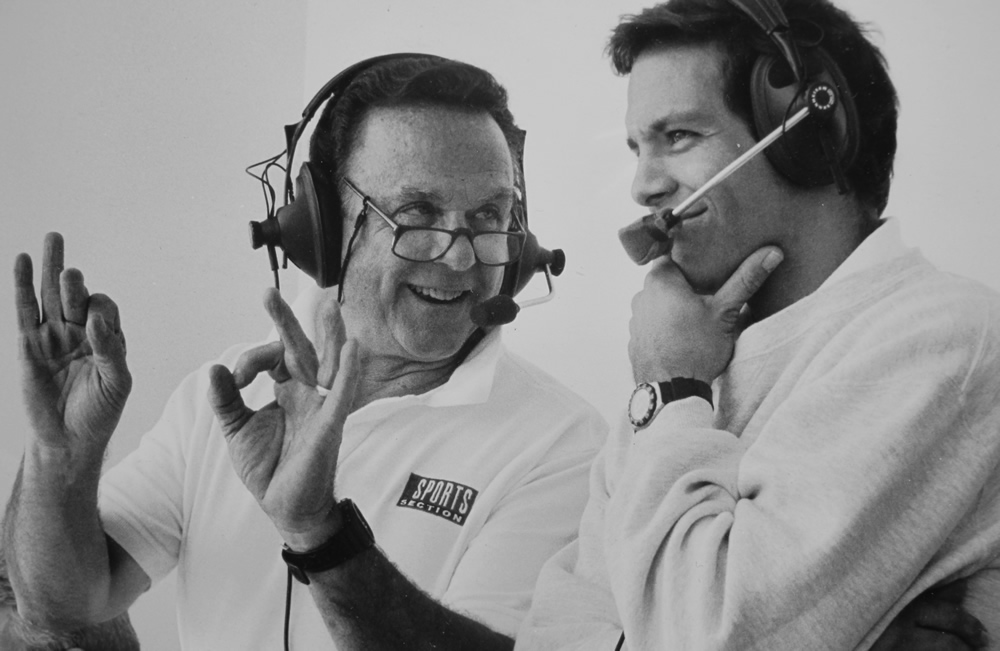 The NCAA is undergoing dramatic change, and the recent rounds of conference realignment have not only caused a split in the Utah-BYU rivalry, but very well may create a split in Division I football. With five conferences having separated themselves from the rest of the Football Bowl Subdivision, the haves and have-nots are seeing the gap widen at an ever-increasing rate.

“When Utah was invited to join the Pac-12, that might have been the most important day in the school’s history,” Marcroft says. But inclusion in the party is not enough, he says. Keeping pace with fellow Pac-12 schools and universities from other conferences such as the Big 12, ACC, and SEC is also paramount. “Utah is making great investments in its facilities. The new basketball training center, the football complex, everything they are doing is designed to keep the teams competitive with the rest of the conference and with the rest of the country, really,” he says.

The U celebrated the grand opening of the $32 million, 152,000-square-foot Spence and Cleone Eccles Football Center in August 2013. Just adjacent to the Huntsman Center, Utah Athletics this past May broke ground on the Jon M. and Karen Huntsman Basketball Center, a state-of-the-art facility that will house both the men’s and women’s teams. The 80,000-square-foot center will be located just northwest of the 15,000-seat arena bearing the Huntsman name. As part of the project, renovations to that building are under way. Lighting, sound, and draping for other sports, as well as two grand entrances for a hall of fame and legacy hall, are among the arena priorities. Marcroft also sees a need for more: “I think the football stadium needs to be up to 60,000 seats, minimum. The Huntsman Center needs some updates. But those will come.” He notes that after a few years of dragging the bottom, the men’s basketball program is resurging with coach Larry Krystkowiak at the helm. While a return trip to the Final Four may take a lot more work, the direction is positive, and fans have started taking notice, after virtually abandoning the team for a few seasons. 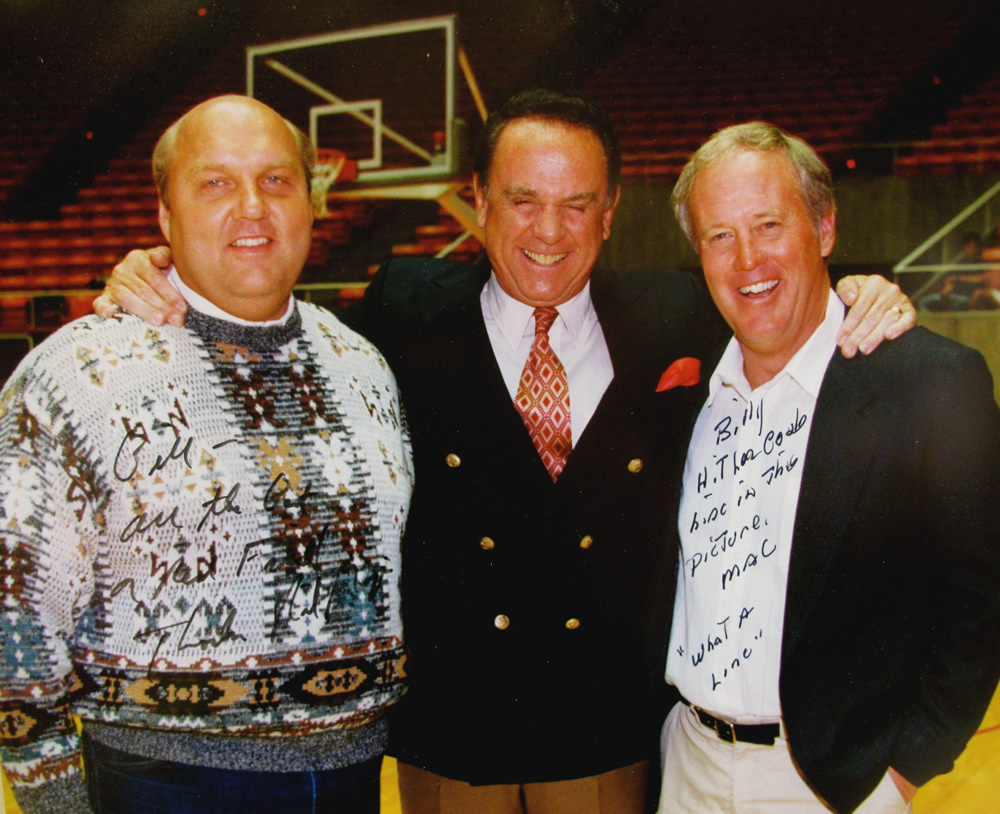 Bill Marcroft joins Rick Majerus, left, then head coach of the U men’s basketball team, and Ron McBride, the head football coach, on the floor of the Huntsman Center in 2000 during a fan appreciation night. (Photo courtesy Bill Marcroft)

“Salt Lake City and the entire area is growing really fast,” Marcroft says. “What we’re seeing is a growth in the fan base. Many of these people moving here are looking for a new team to cheer for, and the Utes are that school. Season ticket sales are at an all-time high, and the demand is only going to get higher. So adding more seats to the football stadium should be a no-brainer.”

Changing times also prompted the University in July to update the U’s fight song, “Utah Man,” to be more inclusive. A task force of students, faculty, staff, and alumni recommended the changes after examining the song’s history and about 1,300 emails about the issue from U fans. Like many of those fans who sent emails, Marcroft thinks the changes went too far. “There are certainly places where political correctness has its place. But the ‘Utah Man’ song is not one of them,” he says.

Another development he’s less than pleased with is the current trend among sports broadcasters to take sides in their coverage. He says too many radio and TV sportscasters throw objectivity out the window and in the process damage the profession’s reputation by transforming from journalists into cheerleaders without the pom-poms.

BYU fans might disagree, but Marcroft says he learned very early in his career that he had to remain as neutral as possible while in the broadcast booth. “Because I was also with KUTV and not just the Utah play-by-play man on KALL, I recognized I had fans of all the local schools listening to me,” he recollects. “It was important to me, especially because I was also on KUTV, to represent each of the schools in the state as fairly as possible, especially when they were playing against each other.” 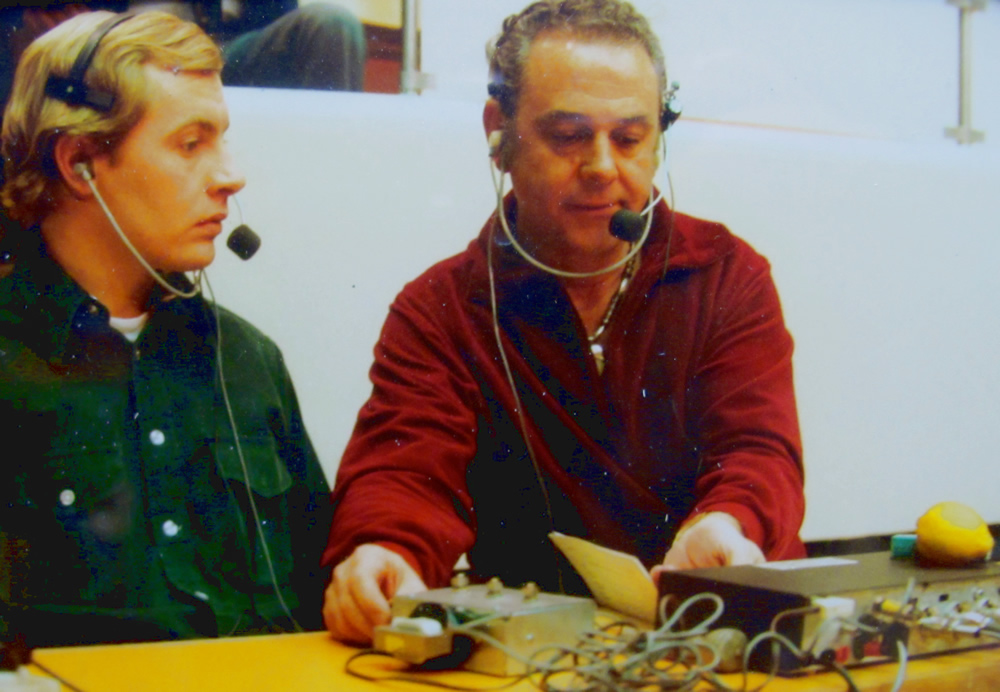 Marcroft says he would allow his color commentators to let their opinions fly, but he kept himself in check as much as possible. In fact, during one Utah-BYU game, Marcroft made arrangements for BYU quarterback Gifford Nielsen, who was injured and unable to play, to join him in the booth as the color man. “I got more validation for his commentary than anyone else,” Marcroft says. “When you work in sports, you do touch nerves,” he says. “You tend to touch a sensitive part of the brain for listeners who are so emotionally invested in their teams.”

While Marcroft no longer calls those games, he continues to be an iconic voice for Utah athletics, in the minds and memories of many: “I have really enjoyed my tenure as voice of the Utes,” he says. “I still enjoy going to the stadium and walking up those walkways with all the fans streaming down while I walk up and having people stop me and shake my hand. That’s the residue of a fine career.”