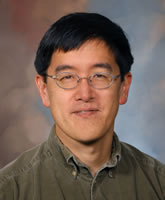 Chi-Bin Chien, a professor in the University of Utah’s Department of Neurobiology and Anatomy, died Dec. 2 after a long battle with cancer. He was 46.

Chien was born Nov. 3, 1965, in New Haven, Conn., the first child of Chih-Yung Chien and Chun-Wuei Su. Chi-Bin Chien was extraordinarily gifted academically, entering Johns Hopkins University at 12 years old, then completing a doctorate in biophysics at the California Institute of Technology, followed by postdoctoral training in neuroscience at University of California, San Diego, and the Max Planck Institute in Tübingen, Germany. At the U’s School of Medicine, his research focused on how the precise wiring of the nervous system is established. Now, at his passing, the international zebrafish research community has established The Chi-Bin Chien Award, to honor a select research trainee who demonstrates both the intellectual excellence and generosity of spirit that characterized Chien.

Though prodigiously accomplished, Chien’s demeanor was humble, his nature inclusive, his point-of-view invariably positive. He passed on to daughter Molly his unflagging optimism, his curiosity, and his excitement about the world. He also enjoyed making weekend breakfasts for his family, playing ultimate Frisbee, and filling his house with friends.

Chien is survived by his wife, Nicola Hack; daughter Molly Chang-Ling Chien; brother and sister Chi-Kai and Chi-An, and their spouses, Setsuko and Keith; father-in-law Kenneth; brother-in-law Roger and his wife, Jenny; sister-in-law Pip; and seven beloved nieces and nephews. He was preceded in death by his mother Chun-Wuei and mother-in-law Lee Hack, both victims of cancer. In lieu of gifts or flowers, the family requests that any contributions be made to an educational fund for Molly Chien at www.uesp.org. (Beneficiary: Molly Chien, Account # 200215526, Account holders: Chi-Bin Chien and Nicola Hack). Online condolences may be left at www.legacy.com.

Edited from a notice published in The Salt Lake Tribune from December 4 to December 5, 2011. 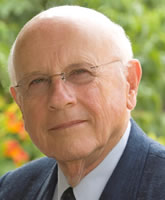 John W. Ryan BA’51, Ph.D., president emeritus of Indiana University and professor emeritus in its School of Public and Environmental Affairs, died Aug. 6. He was 81.

Under his stewardship as the 14th president of Indiana University, he restructured the institution and transformed it into a multi-campus university that now serves every region of the state. Ryan held the titles of IU president emeritus and professor emeritus in the School of Public and Environmental Affairs at the time of his death. He also was a member of the Board of Directors at the IU Foundation.

Edited from a notice published in The Indianapolis Star on August 8, 2011. 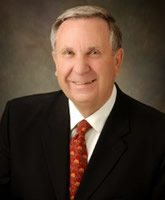 Ralph Thomson BA’62, Ph.D., a longtime member of the University of Utah’s National Advisory Council, died December 23, 2011, after a long bout with liver disease. He was 74.

Thomson was born August 15, 1937, to Ralph Daniel Thomson and Ruth Watts Thomson. He spent most of his childhood in Salt Lake City’s Harvard-Yale neighborhood and the mountains of Kanosh, Utah, attending East High School and the University of Utah, where he served in student government and as a diplomat at the National Student Association. After serving an LDS mission in West Germany and marrying Julienne Allen, he obtained two master’s degrees and a doctorate in international affairs and diplomacy from the Fletcher School of Law and Diplomacy (Tufts and Harvard Universities; dissertation advisor, Henry Kissinger). He was deeply involved in the Civil Rights movement at home and abroad.

In academe, Thomson directed Boston University’s Overseas Graduate Programs in Europe and taught at Heidelberg University, the Free Universities of Berlin and Brussels. In politics, he was a policy adviser to the Nixon, Ford, Carter, Reagan, and Bush administrations, and to NATO, the United Nations Development Program, the World Bank/IFC, and the U.S. National Governors Association. Most recently, he served on the Obama Administration’s White House National Export Initiative. During a decade with then-Control Data Corporation, Thomson served as vice president for government and public affairs and as special assistant to his mentor, Control Data’s pioneering founder and chair/CEO, William Norris. As senior vice president for the American Electronics Association, Thomson established the first U.S. electronics industry representation offices in Brussels, Tokyo, and Beijing, in cooperation with Commerce Department Secretary Malcolm Baldridge. Thomson organized the first industrywide U.S. Electronics Summits and pioneered bilateral political/industry summits between U.S., Chinese, European, and Japanese technology and government leaders.

Thomson served on many industry, investment, and academic boards, including the California World Trade Commission; the National Advisory Councils of the University of Utah, Utah State University, and Utah Valley University; the Utah Technology Alliance under two governors (co-chair); the U.S. National Committee for Pacific Economic Cooperation Council (PECC), composed of business/government leaders from 20 Pacific Rim nations (organizer/host); and the U.S. Advisory Committee on Telecommunications for the Asia Pacific Economic Cooperation (chair). In 2007, Thomson accepted the Award for Corporate Excellence from Secretary of State Condoleezza Rice and the U.S. Department of State for his leadership in African economic and social development. From 1988 until his passing, he served as chair/CEO of International Business Catalysts, a global firm devoted to funding, M&A, and strategic alliances.

Thomson is survived by his wife, Julienne; their children, Brook (Jenny), Kimball (Joei), Heidi (Mike Marshall), Tracy (Kevin Kiernan), and Preston (Hollie); 17 grandchildren; his sister Kristin (Grant Paulsen); and many nieces and nephews. He is preceded in death by his parents and his sister Susan (Steve Walker).

Edited from a notice posted at www.larkinmortuary.com.