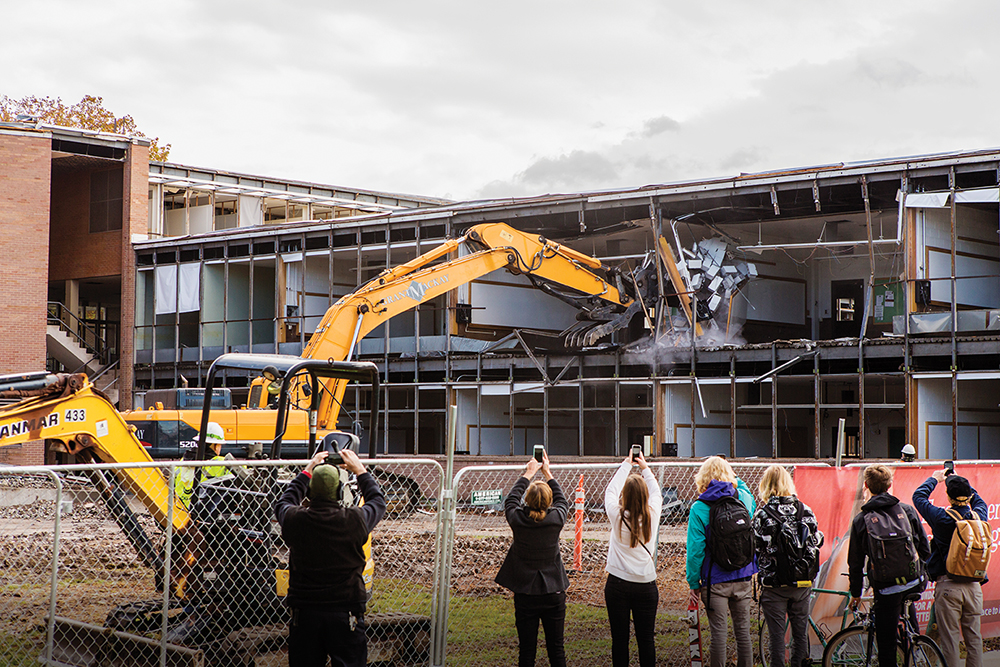 Orson Spencer Hall, affectionately known by nearly everyone throughout its 60-plus years on campus as “OSH,” is no more. The two-story, mid-century modern building was razed in late October. Named for the first chancellor of the university, OSH was one of the first post-WWII structures on campus designed exclusively for classrooms. Nearly every U student since then has had a class in OSH and can probably still remember the sound of the bell signaling five-minute class breaks and the ensuing swarms of students navigating the crowded halls. Those times will be missed. OSH will be replaced by the new Carolyn and Kem Gardner Building.