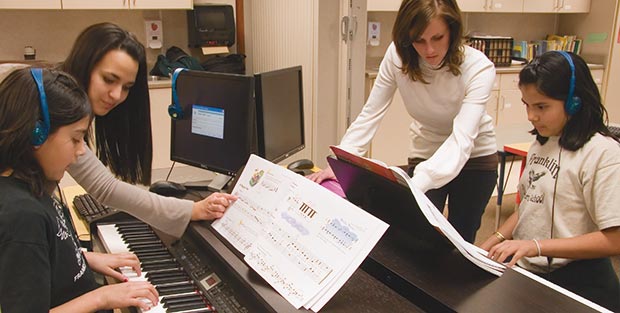 U of U School of Music teaching assistants Lindsey Wright (left) and Cassandra Olsen (right) instruct students in the after-school piano classroom at Franklin Elementary. Photos by Douglas Pulsipher

The U’s School of Music helps elementary and high school students hit all the right notes.

The third-graders wait in the after-school classroom for their piano teacher. But one little boy is so excited he’s casing the hallway to learn what’s holding her up. The instructor scoots him back into line, and he sighs impatiently.

In the music room, he and his pint-sized compatriots sit before the whiteboard. Well, “sit” might be the wrong word to describe what they’re actually doing, which is perching, fidgeting, squirming, hopping, draping, and wiggling. But they’re answering questions, too.

Then they’re scampering to their pianos—sturdy black digital models, eight in the small room. Each kid grabs a pair of headphones, flips open a book, and begins to play.

Because of the headsets, the room is quiet for a minute, despite the busy fingers. Then one child begins chanting, unaware that she’s speaking out loud. “Quarter, quarter, quarter, rest.”

The child who scouted for the teacher carries on a running monologue about the book, the headset, and the notes, and is kinetic energy personified—but he’s playing, and playing well, and is pages ahead of the others.

A third has her hand in the air, ready for the teacher to sign off on her current page so she can move on to the next.

This isn’t a private school for musically inclined protégés. It isn’t an arts-themed charter school. It isn’t Juilliard’s little cousin.

It’s Franklin Elementary, a Title I school on Salt Lake City’s west side. A school where the majority of students are defined as at-risk, either through economic circumstances or as children of single-parent families. Where kids are already being recruited into gangs.

Where twice a week, kids enrolled in the after-school program play the piano, thanks to the University of Utah’s School of Music. 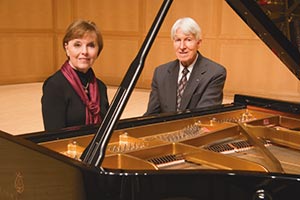 More than a decade ago, the Youth Enrichment Foundation (YEF), a nonprofit organization dedicated to bringing music and art into Title I public schools, began piano lessons at Whittier Elementary, expanding to Glendale Middle School and East High School. In 2000, Bonnie Gritton BFA’70, Public Service Professor and an associate professor of music at the U, partnered with YEF, coordinating teaching assistants from the University of Utah’s School of Music and volunteers from her Career Development class to help teach. The Warner Foundation provided funding. Gritton’s volunteers also prepared music programs designed to teach music concepts in fun, unique ways.

YEF’s success convinced Susan Duehlmeier BFA’70 MFA’73, chair of the Piano Department in the U’s School of Music, to create a new program to reach additional Title I schools. In 2007, the School of Music partnered with Daynes Music Company, with help from Rotary International, to make after-school piano lessons available to students at Franklin Elementary. In the fall of 2009, the program expanded to Newman Elementary. Two U of U teaching assistants still teach at East High School in the YEF program, and more schools are interested in joining. In all, six teaching assistants and 14 volunteers from the U’s Piano Department are involved.

“This opportunity is making a difference in the lives of students,” says Dahlia Cordova MEd’83, principal of Franklin Elementary during the program’s first two years. “It opened the doors to music appreciation and the love of music. It also identified students with an innate type of talent who never would have been exposed except through this program.”

With today’s pinched academic budgets, the arts have been redlined out of many public schools in the United States, unlike in Japan and many European countries, according to Skip Daynes ex’66, CEO of Daynes Music. “We are the only country where we see music as an add-on, not as a core, important part of the curriculum,” he says. Study after study shows a high correlation between learning music and developing reasoning skills in math and language, yet the U.S. continues to eliminate the arts from public education, including Utah, dead-last in the nation in per-student spending. 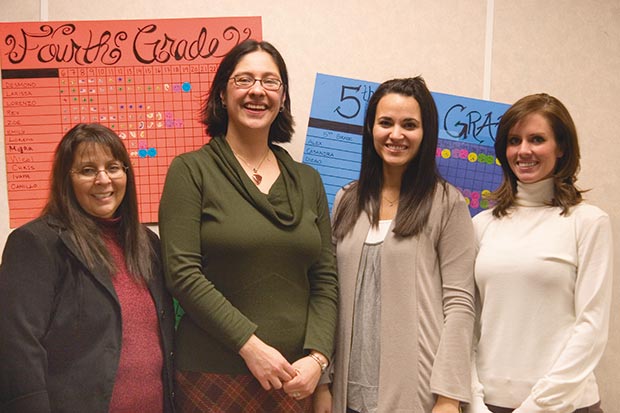 In Title I neighborhoods, private music lessons are often unattainable in any economic season. “Our student population does not have the exposure [to private music instruction] that other students in more affluent families might have,” says Samantha Salazar BA’94 MSW’97 MEd’04, assistant principal at Franklin Elementary. “So this program does give exposure to our students who otherwise might not get an opportunity to do it.”

“The Piano Lab is a remarkable program that has brought a 10 percent average gain in reading scores using the Scholastic Reading Inventory, a school-based assessment of students who have had the opportunity to participate in the program,” explains Cordova. Teachers at both schools report fewer behavior problems and less truancy, because the kids don’t want to miss their piano lessons.

In the first year, an article in a local newspaper described how two particularly promising boys drew a keyboard on paper and took it home to practice. After reading that article, an anonymous donor gave a used piano to each boy. “These two boys who had been identified as very talented were from rival gangs,” notes Duehlmeier. “They performed a duet at a talent show and within the district. This was an amazing outcome. It was a way of breaking down barriers.”

Although it is unfortunate that elementary-aged students are already joining gangs, in some neighborhoods, positive options for filling free time while parents work long hours are hard to come by. Poverty, loneliness, lack of role models, boredom—the reasons are as numerous and varied as the students themselves. The U’s after-school piano lessons are an effort to combat at least a few of those reasons.

“Students need some way to express themselves. Without a positive outlet, some may do so inappropriately,” Duehlmeier observes. The piano program “gives them an outlet for self-expression.”

Cassandra Olsen BMu’05, doctoral candidate and teaching assistant at the School of Music and the energetic third-graders’ instructor on this particular day at Franklin Elementary, describes a child she taught last year. “I found out from one of the teachers at the school that they had had problems with him—with tagging and gang-related incidents.” The teacher noticed that his behavior began to change for the better, and, says Olsen, “They thought it was because he was involved in the after-school piano program. He was so excited about it he would go home and play on his keyboard instead of getting into trouble. We love hearing stories like that. That’s the most rewarding part of the job.”

The question, then, is: If the piano program makes such a noticeable difference in these children’s lives, both academically and emotionally, why isn’t it in more schools? The answer isn’t surprising. It takes money for pianos, instructors, and materials—and that’s in short supply.

Both Duehlmeier and Olsen credit Skip Daynes with being the program’s chief benefactor. In addition to donating pianos to the schools, Daynes tirelessly champions the cause. “It’s a hope we have,” he says, “to bring music education back to schools.” When describing the academic benefits of music instruction, his passion is clear. “It’s a fact. It’s not a theory any more. We know [music instruction] is something wonderful to have.”

Because introducing piano lessons to a school is expensive, Daynes is also sponsoring the development of software, called Uplay Piano, that tracks an individual’s lessons, progress, and accuracy. The software works with the PNOscan device, which uses an optical scanner under an acoustic piano’s keys and a USB port to connect it to a laptop, making the notes visible on the monitor. Digital keyboards can also be used, fitting well in computer classrooms. The 15-week introductory software course is being developed by U teaching assistant Lindsey Wright. It’s nearly complete, and the students at Franklin and Newman have begun testing its unique storybook format.

Daynes hopes eventually to open the course to the public, encouraging schools everywhere to absorb it into their computer curriculum. But that will require continuing investments in time and money.

For now, Duehlmeier and Olsen are planning additional fundraisers and seeking donors for immediate needs, such as new workbooks for advancing students. Current donors, like Daynes, are already stretched thin, and new donors are scarce. So for now, the U’s after-school piano program is limited to Franklin, Newman, and East High.

This afternoon at Franklin, however, the focus isn’t on money. It’s on finding “D” on the keyboard, counting beats, and earning stickers that show a new song learned. And then there’s a special performance—Olsen has asked two sixth-grade boys to play a song or two. Last spring, they performed at a Salt Lake Rotary meeting, and then in an assembly in front of their entire school. In December, they performed at the Duehlmeier-Gritton Christmas concert at Libby Gardner Hall. Now they’re back in the classroom, playing just for fun. Rafael plays first, smiling shyly when he’s done. Then Christian plays an energetic boogie that had everyone at the assembly clapping along. He finishes confidently, then flashes a smile that could melt the ivory off the keys.

“Children sometimes do better expressing themselves with music than in other ways,” says Cordova. “It helps them build self-confidence and self-esteem, explore other experiences, and develop a sense of achievement. It’s so powerful.”

11 thoughts on “The Ivory Keys to Success”