In 2014, a half-million visitors will descend upon Brazil for the FIFA World Cup soccer tournament. In 2016, the world will stampede to Rio de Janeiro to experience the summer Olympics.

But this summer, University of Utah study abroad students will beat the crowds and spend several weeks exploring the culture, language, and history of Brazil in a far more intimate fashion. Sure, there won’t be banner-waving sports enthusiasts, throngs of reporters, and hordes of snappily dressed volunteers mag-and-bagging them at the entrance to every venue. But there will be art, architecture, music, food, one-on-one experiences, conversation in the Portuguese language, and an authentic taste of what it means to be in Brazil and what Brazil means to the rest of the world.

And that’s precisely what the Brazilian Studies Program in the U’s College of Humanities is all about. 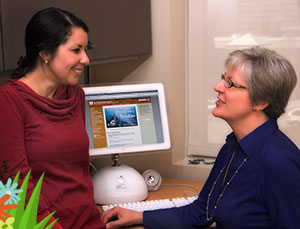 For two years, Rebecca Horn, director of the Latin American Studies Program and associate professor in the Department of History, has been overseeing the building of the U’s innovative Brazilian Studies Program. “Brazil is the economic powerhouse of Latin America,” says Horn. “It’s one of the world’s largest democracies, and it has enormous cultural influence. Brazilian music, art, dance, literature, and film are crossing many boundaries, exerting a tremendous influence in the United States. Brazil is critically important to us on many levels.” With an estimated 1.5 million Brazilians living in the United States and trade relations with Brazil expanding, Brazilian Studies programs are becoming a vital part of university internationalization efforts across the nation.

As important as Brazil is to the United States, the South American country has particular significance in Utah. According to the Brazilian American Chamber of Commerce of Utah, 8,000 to 10,000 native Brazilians live in Utah, and 30,000 Americans in the state speak Portuguese.

Many Portuguese-speaking Utahns are LDS returned missionaries who served in Brazil and wish to stay connected to their Brazilian experiences and maintain their language skills. But a growing number of Utah residents are interested in Brazil and its language because of business ties, its increasing importance in the global economy, or for cultural, environmental, and scientific interests.

This translates into a significant desire from students and employers for courses in Portuguese language and Brazilian culture. “There’s a market demand for students who have linguistic and cultural competency,” Horn explains. “Those businesses in Utah with ties to Brazil want to hire employees who speak Portuguese and who have some understanding of Brazil.”

To support this fledgling program, the University administration awarded a tenure-track position in Portuguese Language and Brazilian Studies last year, and Assistant Professor Alessandra Santos was hired into that position in the Department of Languages and Literature. While her department has taught Portuguese language courses for several years, Santos, a native of the Porto Alegre area in southern Brazil, is the first tenure-track professor hired to teach upper division classes on Brazilian literature and culture. Next year, along with Elena Shtromberg (Department of Art and Art History) and Angela Espinosa (Department of Languages and Literature), she will co-teach an interdisciplinary course exploring “Utopia in Brazil.” “In that class, we’ll be combining visual arts, architecture, urban planning, cinema, literature, and history,” she explains.

Santos is also charged with helping develop the entire Brazilian Studies Program. It’s an ambitious goal. Horn and Santos are working toward establishing a minor in Portuguese, and eventually, they hope, a major. They’re also attracting a diverse cadre of professors, in disciplines ranging from biology to economics to art history, who are interested in incorporating Brazilian aspects into their curricula and developing a more global perspective for their students. In addition, says Horn, “There are faculty on campus who already have research interests in Brazil, and we seek to support that and deepen our institutional ties to Brazil.”

Another benefit is the recent acquisition by the Marriott Library of the Brazilian Cultural Collection, a compilation of films, videos, and music that Horn says “has been a great addition to our resources on campus for both teaching and research.”

“Given our community’s unique connections with Brazil, this program is a great fit in our Latin American Studies Program,” says Robert Newman, dean of the College of Humanities. “We owe much to the beneficence of Gary and Rose Neeleman, and to relationships we have fostered with universities in Brazil over the last few years.” 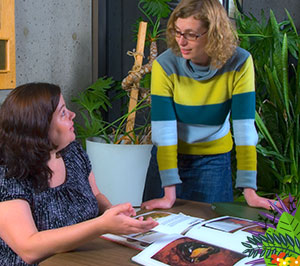 The Brazilian Studies Program has already attracted a Fulbright language teaching assistant, Roberta Vasconcelos, who spent this year working as a TA and teaching beginning Portuguese.

Vasconcelos, from Recife in the northeastern region of Brazil, was also asked to start a Brazilian Club, which “is not only for students,” she notes, “but for anyone interested in Brazilian culture and language.” The club provides an opportunity for students, faculty, and community members to gather monthly to enjoy food, games, movies, conversation, and other activities related to Brazil. In March, it hosted a Brazilian percussion and dance group. Students aren’t required to attend club meetings, according to Santos, but many do because of the unparalleled opportunities “to practice Portuguese, to interact with others, and to meet other students who are also interested in Brazil or who have lived there.”

Introducing students to the local Brazilian community is an important facet of the Brazilian Club, but it has a reciprocal benefit: Members of the community are pleased to find an appreciative young audience interested in Brazil.

In April, the Brazilian Studies Program hosted a theatrical performance by BYU students who performed Auto da Compadecida by Brazilian playwright Ariano Suassuna. The performance was the first of what Horn and Santos hope will be numerous collaborations with Brazilian and Portuguese programs at other Utah universities. 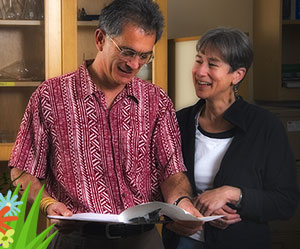 Faculty are discovering the rich benefits of interdisciplinary collaboration with the Brazilian Studies Program, too. Phyllis Coley and her husband, Thomas Kursar, both professors in the Department of Biology, have spent 25 years at the University of Utah investigating how tropical rain forest plants defend themselves against insects. A year ago, they contacted Horn about applying for a grant to fund their research in the Brazilian Amazon region. “Part of the grant said you have to make a difference at your university in terms of international studies,” says Coley. “We called Rebecca Horn and said, maybe we could put together a rain forest ecology course for non-majors. Tropical rain forests are incredibly important for biodiversity, a source for useful products and medicines we haven’t discovered yet.”

According to Coley, the meeting with Horn was fortuitous. “We found all sorts of connections that we never would have thought of. It’s been mutually very beneficial. Previously, humanities and the sciences never talked to each other,” Coley explains. “One of the Brazilian Studies’ goals is making these connections across campus.”

Forging connections between the University of Utah and colleges in Brazil is another important goal. Kursar believes these institutional connections will help researchers. “The Brazilian Studies Program can facilitate two-way interchange,” he says. “In particular, Brazil restricts access by foreign researchers, and there is no simple mechanism that will allow us to bring American students to Brazil to participate in research. One goal of Brazilian Studies could be to develop a program that will facilitate exchanges.”

An invaluable first step in those exchanges will happen this summer, when Shtromberg, director of the Summer Study Abroad Program in Brazil, takes the first group of University of Utah students to Rio de Janeiro. An assistant professor of art history, Shtromberg specializes in Latin American art, and her experience and knowledge will bring a unique perspective to the five-week course. “We’ll teach the [Portuguese] language component in the morning. Then they’ll meet with me in the afternoon for excursions to the city and outside the city, and we’ll have artists come talk to us,” she says, outlining the adventure awaiting these students.

An unmistakable devotion to teaching, research, and all things Brazilian resonates from all the professors involved with the Brazilian Studies Program. The students setting foot on Brazilian soil this summer may not realize that they’re also laying groundwork for future University of Utah research opportunities. They almost certainly won’t recognize the long-term ramifications their visit may have for trade relations between Utah and Brazil.

But being able to experience the art, language, and culture of Brazil in such a unique way is something they will appreciate for a lifetime.

—Kelley J. P. Lindberg is a freelance writer based in Layton, Utah.

Gary Neeleman BFA’74, for whom the chair in Brazilian Studies is named, is currently president of Neeleman International Media Consulting Inc. Neeleman spent 27 years with United Press International, first as a correspondent for seven years in Brazil and later as vice president and general manager over editorial and business in the Latin America and Caribbean areas. He then joined the Los Angeles Times Syndicate International in 1985 and served as executive worldwide VP for syndicate operations. He also worked for the Chicago Tribune Syndicate International for four years before retiring and establishing his own consulting company. He is currently the Honorary Brazilian Consul for the State of Utah and is well known for his lectures and articles about Brazil. In 1985 he authored the book Farewell My South, which tells the story of the Southern Confederate migration to Brazil after the Civil War. Neeleman is the father of seven children, three of whom were born in Brazil and carry dual citizenship.

2 thoughts on “The Brazilian Connection”