University of Utah alum Stephen Wilk is a reader of footnotes, a collector of small details, a man who finds joy in what others might have overlooked. His professional specialty is lasers, but he also writes books that illuminate what he calls “optics esoterica”—those historical footnotes that shed light on scientific dead ends and the dead scientists who have never gotten their due.

His latest book, How the Ray Gun Got Its Zap, is a collection of essays on odd optics episodes that have fascinated him over the years. Wilk PhD’87 bemoans the fact that science is often taught in a shorthand that presents what he calls a “stilted view of history” in which the whole endeavor of scientific discovery seems effortless, flawless, and linear. 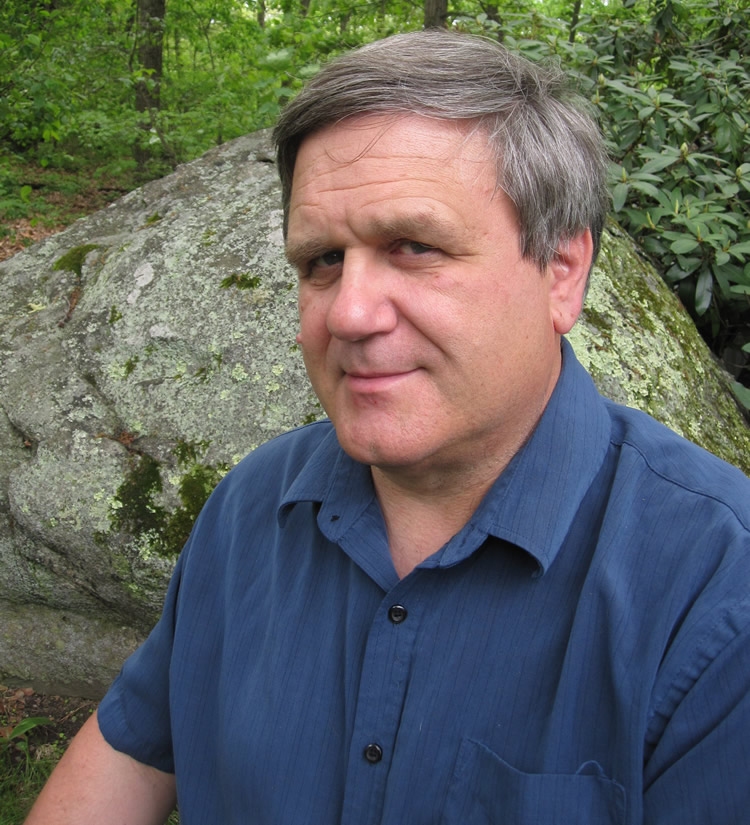 U alum Stephen Wilk PhD’87 enjoys writing about forgotten footnotes in the history of science. (Photo by Jill R. Silvester)

The course of science includes long periods when no progress at all is made toward understanding a topic, and in some cases, a discovery is made only to be lost again, or credit is given to the wrong person, he writes. “All too often in the history of science the work of scientists past is glossed over. They become figures like prairie dogs, invisible until and unless they surface to grant their name to a formula or a principle or a constant.”

In his book, Wilk illustrates that point with the story of Francis Hopkinson and David Rittenhouse. One summer evening in 1785, Hopkinson— a lawyer, poet, and scientist, and a signer of the Declaration of Independence—sat outside his house holding a silk handkerchief up to his eyes. He looked through it toward a street lamp in the distance, and, as he had expected, the threads of the cloth looked magnified because the cloth was so close to his eyes.

What surprised him, though, was that when he moved the cloth to the right and left, the lines stayed put. So he took the matter to his friend Rittenhouse, an astronomer, who decided to tackle the question by performing experiments with tiny threads, 106 to the inch. Looking through the threads at an object in the distance, Rittenhouse could see four or five colored sets of bars on either side of the image. He then measured the angles the different colors made. His work, in essence, was a precursor to later experiments that definitively measured the wavelengths of the colors of light, but Rittenhouse’s discovery has long since been overlooked.

An account of that episode is among the essays gathered in How the Ray Gun Got Its Zap, published last October by Oxford University Press. Wilk’s path to writing the book traces back to 2000, when Oxford published his book Medusa: Solving the Mystery of the Gorgon, which looked for the origin of the snake-haired goddess’s eerie stare and found an answer in the stars—specifically the “variable stars” that seem to blink on and off, like an eye opening and shutting. (The book’s theories were later included in the History Channel’s The Story of the Medusa in 2009, and Wilk was one of the experts featured in the show.) 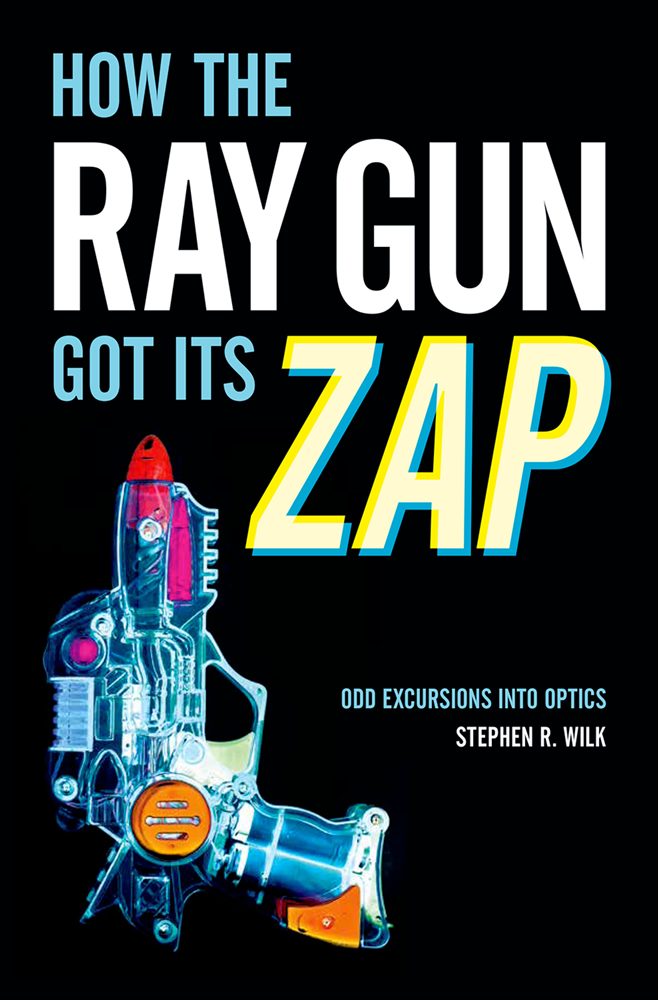 Wilk’s latest book is a collection of essays on odd optics episodes that have fascinated him over the years. (Photo courtesy Oxford University Press)

Other pieces he had published in Scientific American, Weatherwise, and Parabola magazines also led to a monthly “Light Touch” column in Optics and Photonics News, the monthly news magazine of the Optical Society, a national scientific association dedicated to advancing the study of light. Wilk then expanded and compiled those articles into How the Ray Gun Got Its Zap, in the hopes of reaching a wider readership, and the publisher liked the idea.

“Is this story true?” or some variation of that question threads its way through the book. Did Sir Isaac Newton, for example, decide there were seven colors in the rainbow because seven is a mystical number, as many people have suggested? Aristotle had posited that there were three colors in the rainbow, other Greek philosophers said four, and Newton couldn’t decide at first between five and seven. Wilk contends Newton finally settled on seven because the succession of colors resembled the notes in a musical scale, and Newton became convinced that the ratio between colors corresponded to the ratio between do, re, mi, etc. So he added orange and indigo to the list.

Word lovers among Wilk’s readers will like the story of dord. For five years during the 1930s, Webster’s New International Dictionary listed the word, defined as density. Dord originated with a 3-by-5 card sent by the dictionary’s special editor for chemistry to the offices of G. and C. Merriam Company. It was intended as an update to the first edition entry on abbreviations, written as “D.” The card indicated that the abbreviation for density could also be abbreviated with a lowercase “d.” D or d. Dord,. The mistake was discovered in 1939.

The book also offers detailed explanations of everyday phenomena. There are chapters that explain why the sun—which, he notes, “is the very definition of white light”—appears yellow; why cats’ eyes are efficient retroreflectors; how pinhole glasses work for myopia; and of course the origin of the ray gun’s zap. Light rays don’t make a noise; infrared and ultraviolent light are as silent as visible light, and so are particle beams, gamma rays, and X-rays. The sound “zap” was coined in 1928 by science fiction writer Philip Francis Nowlan, in his story Armageddon 2419 A.D., with Anthony (in later serials known as “Buck”) Rogers as the main character and narrator.

Other chapters explore what Wilk calls “pop culture errors in optics.” Two examples: Many movies to the contrary, you can’t see light coming from a laser, because light travels too fast. And Piggy’s glasses in William Golding’s 1954 novel Lord of the Flies couldn’t have started a fire, because lenses that correct for myopia are concave and won’t concentrate light the way a magnifying glass would. 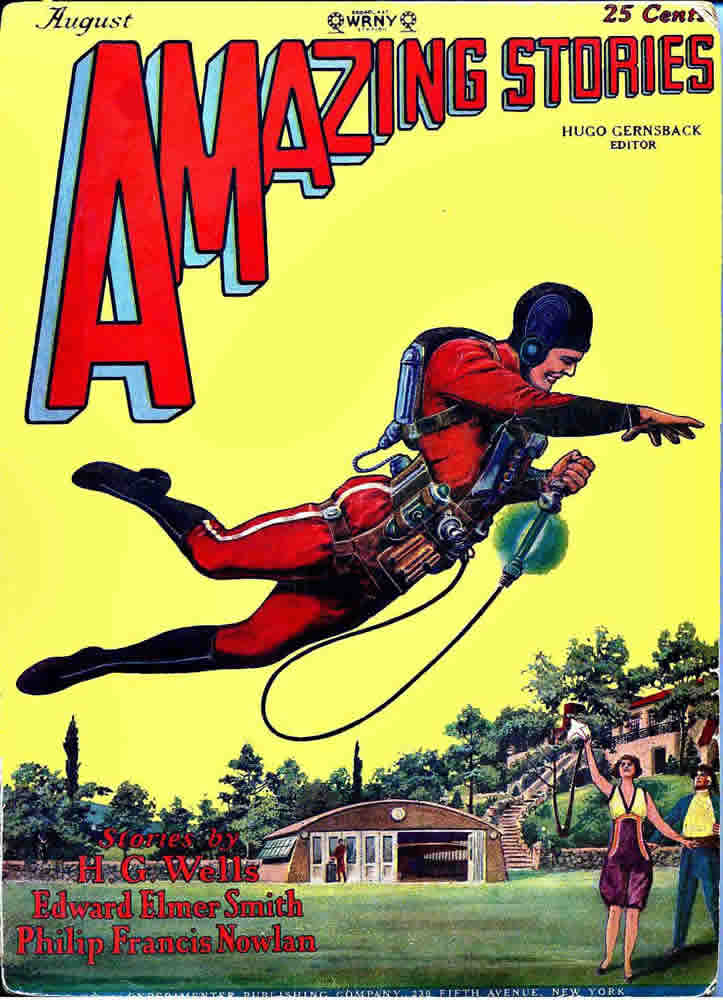 How the Ray Gun Got Its Zap is conversational in tone and is aimed, Wilk says, toward a “general audience,” but he generously assumes that this audience has a strong background in science, especially optics. One chapter, for example, begins “If you’ve built or aligned a laser, you know how difficult the task of alignment can be.”

Wilk first became fascinated by light and color as a child. Growing up in New Jersey, just 45 minutes from Manhattan, he spent many happy Saturdays roaming through the Metropolitan Museum of Art on one end of Central Park and the Museum of Natural History on the other. He remembers one moment of optical discovery when he was in grade school: buying a prism at the Met and then looking through it at the Monets and Seurats as his parents took him through the galleries.

But children don’t need a fancy prism, Wilk reminds us. When he gives talks to children—a “hands-on-science” session for pre-teens at the yearly Arisia science fiction convention in Boston—he shows them ways they can do experiments with objects they can find around the house. The backsides of CDs and DVDs, for example, also refract light. Add a tube from a paper towel roll, and you can build your own spectrometer. He always tries to keep his explanations short. “My rule is: Keep it the length of a commercial.”

Wilk got his undergraduate degree in physics at the Massachusetts Institute of Technology, where he flirted with a career in geophysics but found the physics of light more fun. Still, he could sometimes be diverted: He was hoping to write his senior thesis on something related to spectroscopy but was convinced by a professor to instead measure the force and velocity of karate chops. “A lot of my life is dictated by what I stumble across,” Wilk says.

The thesis was unusual enough to be published in Scientific American, in the spring of 1979, and later in the American Journal of Physics. Then he was off to the University of Rochester’s Institute of Optics to get a master’s degree, and then to the University of Utah in 1983 to study optics under physics professor Fritz Luty.

In the 1930s, a Webster’s dictionary included the word dord, which arose from an editor’s note on density.

Wilk’s specialty was lasers, the intensely focused light beams that are now used in everything from surgery to computer printers. Wilk was drawn to the U by Luty’s work with “color center” laser mediums, essentially colored defects in otherwise clear, checkerboard-like crystals, that could amplify light. Wilk received his doctorate in 1987, and his thesis examined the behavior of cyanide ions doped onto a crystal lattice.

His former colleague Werner Gellermann PhD’81, who is now a research professor in the U’s Department of Physics, remembers that even as a doctoral student, Wilk was drawn to the stories behind the data. “He had a keen interest in hunting down these sometimes obscure references.” And those were the days, Gellermann points out, when there was no Internet to help in the search. “He loved to go to the library and dig up the history.”

Wilk loves (and writes) science fiction as well as science fact and met his wife, Jill Silvester, at the World Science Fiction convention in 1989. He especially loves Jules Verne, whom he calls the quintessential science fiction writer because Verne not only knew how to tell a good yarn but also based those yarns on real science. 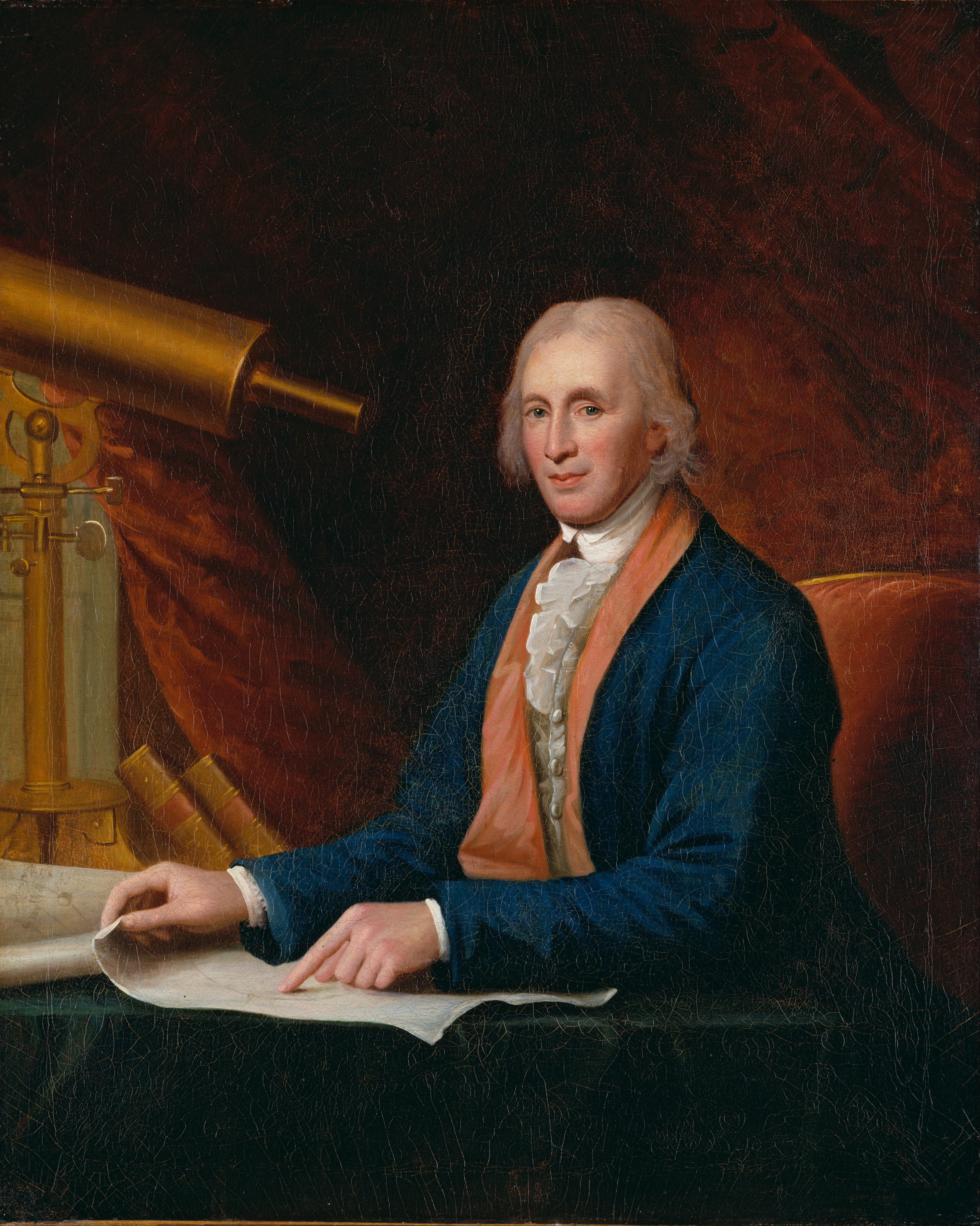 David Rittenhouse, shown here in a portrait by American painter Charles Wilson Peale, was a Philadelphia scientist who did early experiments that were precursors to measuring the wavelengths of colors of light. (Image courtesy National Portrait Gallery)

After graduating from the U, Wilk left academic research for the optics industry. “I wanted to go into an area where my work might have more immediate applications,” he says, “and where the funding might be better.” What he hadn’t counted on were a series of industry layoffs because of cutbacks in defense grants.

He has worked at Boston-area labs Textron Systems, Optikos Corporation, and AOtec, where he has designed and built optical measuring devices for contact lenses, intraocular lenses, and imaging and analysis through catheters. He has also been a visiting professor of electro-optics at Tufts University. When he’s not doing optics, he writes full time.

He hopes, like his hero Verne, to bring science to the non-scientific, through story. “Education by stealth, as the BBC so succinctly put it,” Wilk says. And he hopes to remind us over and over what doing science is really like.

“People don’t like to talk about the failures,” he says, “and that’s unfortunate.” Or, as he writes in How the Ray Gun Got Its Zap: “There should be more coverage of the errors and false starts of science. They teach us how to pursue the truth, how to recognize a wrong turning when we find it, and hearten us when we feel that we have reached such a turning point ourselves.”

—Elaine Jarvik is a Salt Lake City-based freelance journalist and playwright and a frequent contributor to Continuum.

One thought on “Stories in the Study of Light”