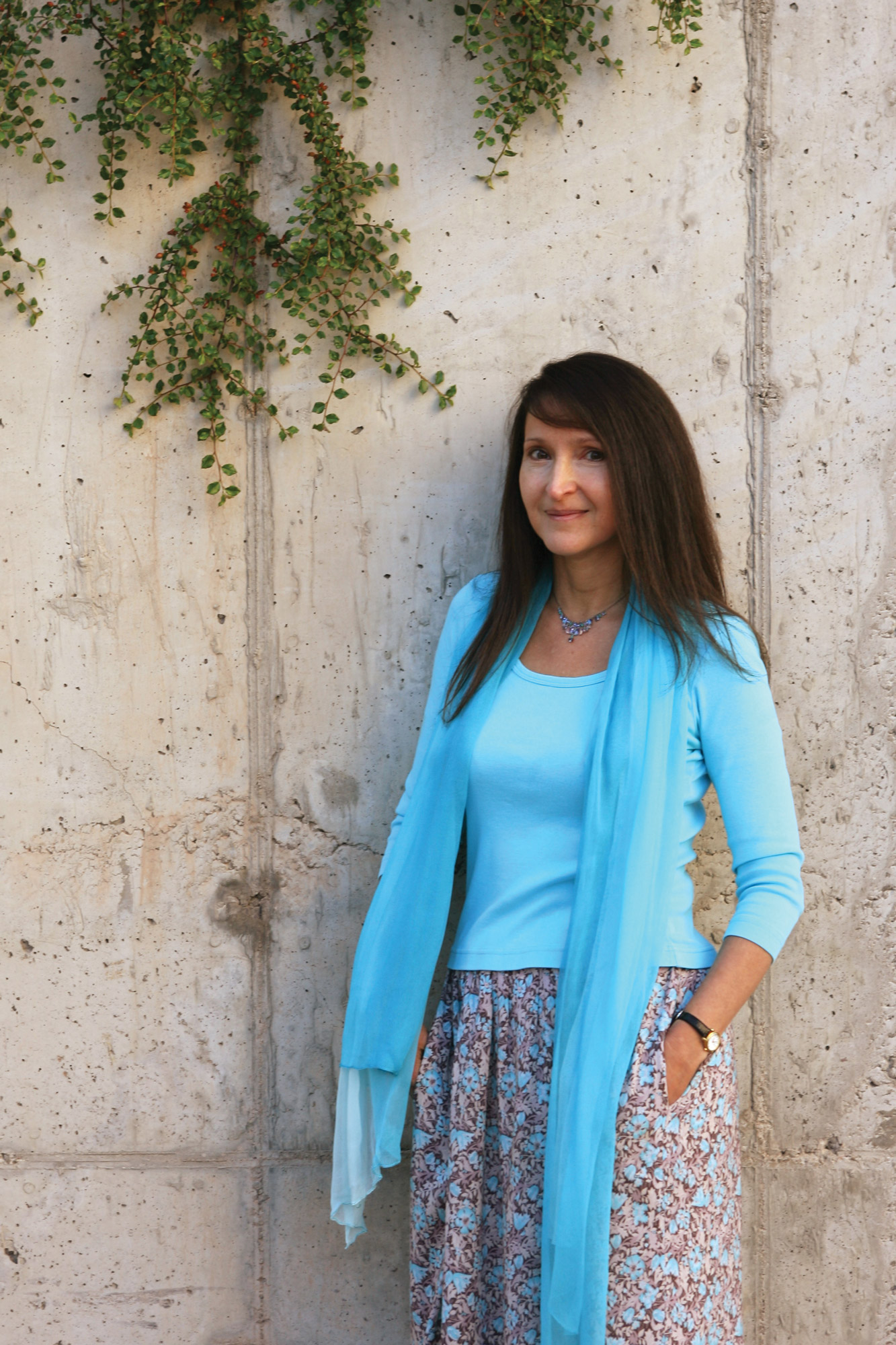 When sociology professor Theresa Martinez came to the University of Utah in 1990, it was a different place. Martinez, a Chicana from New Mexico, recalls Utah being very homogeneous, which probably doesn’t come as a surprise. But in addition to the lack of diversity, she found that the environment in her department was, for the most part, not welcoming, nurturing, or supportive. While Martinez was appreciated and supported by faculty and administrators outside her department, she consistently struggled within it.

She worked alongside faculty who taught from the controversial 1994 book The Bell Curve, which argued, among other striking claims, that immigration to the United States should be reduced so as to increase the average IQ in the U.S. “It was hard—really hard,” acknowledges Martinez, remembering her reality. “It’s an emotional thing.”

Nearly 30 years later, U administrators recognize that the university still has work to do in creating a welcoming and inclusive environment for all students, faculty, and staff, but it is working passionately to achieve that goal.

In fall 2016, the U celebrated its largest incoming cohort of faculty and postdoctoral fellows from underrepresented backgrounds. Nineteen new hires took positions across main campus. This represented nearly half of all the new main-campus hires for the academic year.

“This is a historic achievement for the U,” says Associate Vice President for Equity and Diversity Kathryn Bond Stockton. “It demonstrates that there is a tremendous commitment from the highest levels of the university to do everything we can to make sure that we’re creating a diverse faculty for our students and for our intellectual life.”

Research continues to point to the benefits of diverse groups for decision-making, problem-solving, and creativity. In a 2014 Scientific American article, Professor Katherine W. Phillips from Columbia Business School wrote about finding how being around people who are different results in more creative, more diligent, and harder working individuals.

The piece, titled “How Diversity Makes us Smarter,” references an experiment she conducted with colleagues from Stanford and the University of Illinois at Urbana-Champaign. The researchers took a group of undergraduate business students and divided them into groups of three. Some groups were made up of all white members, and some had two white members and one person of color. The students were given information to help them solve a murder mystery. Each member received information that all their team members had, as well as a set of unique information. (the information was identical between the two study groups.) To solve the mystery, groups needed to share all the information they collectively possessed.

“The groups with racial diversity significantly outperformed the groups with no racial diversity,” Phillips reports in the article. “Being with similar others leads us to think we all hold the same information and share the same perspective. This perspective, which stopped the all-white groups from effectively processing the information, is what hinders creativity and innovation.”

A SENSE OF COMMUNITY

“If we are lucky enough to have a diversifying student body, we certainly want our faculty to reflect that diversity so our students feel a deep-seated sense of belonging to this intellectual community,” says Stockton. “We want students from every type of background to see that careers are open to them in every possible field. We want them to know that they belong in these fields.”

The importance of focusing on improving faculty diversity and building the underrepresented community was reinforced at an open dialogue on racial climate held on campus in November 2015. Students, staff, faculty, and administration participated, including President David W. Pershing, Senior Vice President for Health Sciences Vivian S. Lee, and Senior Vice President for Academic Affairs Ruth Watkins. In a letter distributed to campus the week after the event, the three wrote: “We heard things that humbled and deeply moved us. We also heard that we must accelerate change at the U, in order to address injustices, create a stronger, better university, and foster a community that is truly welcoming to students, faculty, and staff from all backgrounds.”

Three weeks after the town hall meeting, the administration released 13 plan-of-action responses that promised meaningful change, many of which had already begun.

Among the changes already under way was an open initiative to accelerate and support recruitment of faculty and postdoctoral fellows from diverse backgrounds. Before a search even begins, committees meet with a consultant from the Office of Equal Opportunity who provides basic information about the importance of considering a diverse pool of candidates. To build such a pool, the Office for Equity and Diversity offers guidance on a number of topics, including how to write listings, where to advertise openings, and who candidates might wish to meet when they’re on campus. 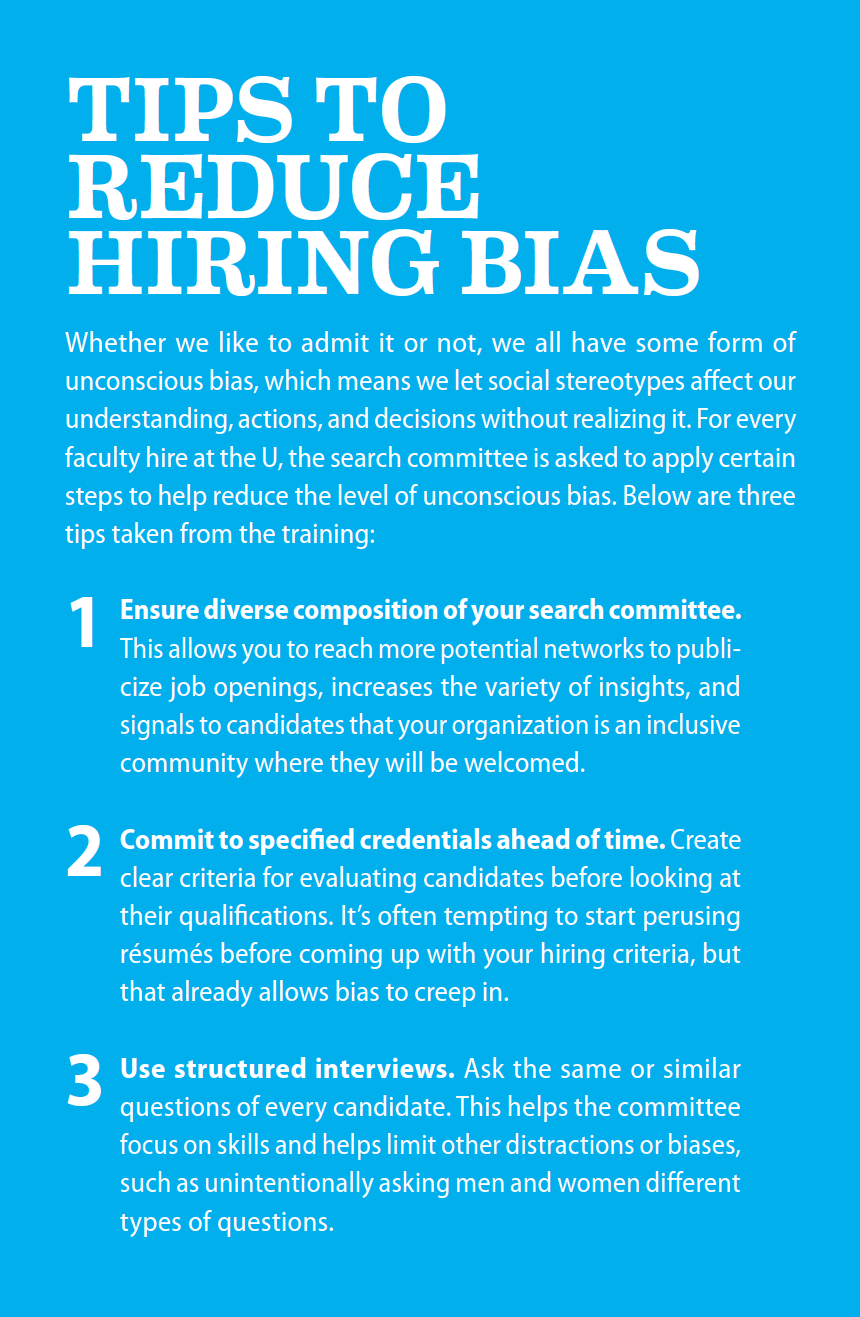 Additionally, search committees are encouraged to participate in an online Unconscious Bias training that was pioneered at U of U Health. The training increases awareness of the social stereotypes that individuals form about groups of people outside of their own perceived backgrounds (racial, economic, etc.). It also explains how these biases result in powerful unconscious conclusions about others that are often wrong. The training helps people identify their bias tendencies and uncovers ways that committees can reduce bias.

“When people are engaged in a process that they take seriously, and when they use the same rubric, questions, and evaluations for every candidate, it tends to even the playing field and yield better results,” explains Amy Wildermuth, associate vice president for faculty. “Those who are committed to approaching the process in a more rigorous way avoid making assumptions and taking shortcuts and, as a result, end up with better outcomes.”

The 13 U administration responses also included the development of a mentoring plan for all junior faculty. The Academic Senate Diversity Committee had investigated best practices for mentoring diverse faculty, and through their research, found that faculty mentoring programs in general could use strengthening and improvement.

The College of Humanities was selected to pilot the new mentoring program in fall 2016 because it welcomed 11 new tenure-track faculty members at that time, eight of whom are from underrepresented racial/ethnic backgrounds and nine of whom are women. The new program involves a semester-long mentoring workshop for new faculty in place of teaching a class. The workshop, led by English professor Vincent Cheng (who has been at the U for nearly 20 years), focuses on developing a cohort and sense of camaraderie among new faculty and helping them establish a network of mentors.

“New faculty, especially those right out of graduate school or postdoctoral positions, experience a lot of pressure,” says Cheng. “They may feel overworked, isolated, and intimidated by the publish-or-perish mindset of higher education. Having gone through the process myself as a faculty member of color, and at a time when there were even fewer of us, I feel a particular responsibility to help our new faculty feel welcomed, supported, and appreciated with a sense of belonging that would make them want to stay here.”

During their weekly three-hour meetings, the group explored a full spectrum of issues, challenges, and adventures facing new faculty. They discussed the nature of the U’s student body; learned about living in Salt Lake, including ethnic markets, restaurants, recreational possibilities, and other community resources; examined the challenges of teaching controversial topics, especially for young faculty of color and young women faculty; examined ways to secure research funding and fellowships; learned about the retention, promotion, and tenure process; shared best practices for publishing; and much more.

“As we develop and refine this approach, it’s going to be among the best mentoring programs in the nation,” says Stockton. “Compared to the old one-on-one model, this program gives new professors a strong experience together and builds for them a network of resources. This is a perfect example of how thinking about diversity makes life better for everyone.” 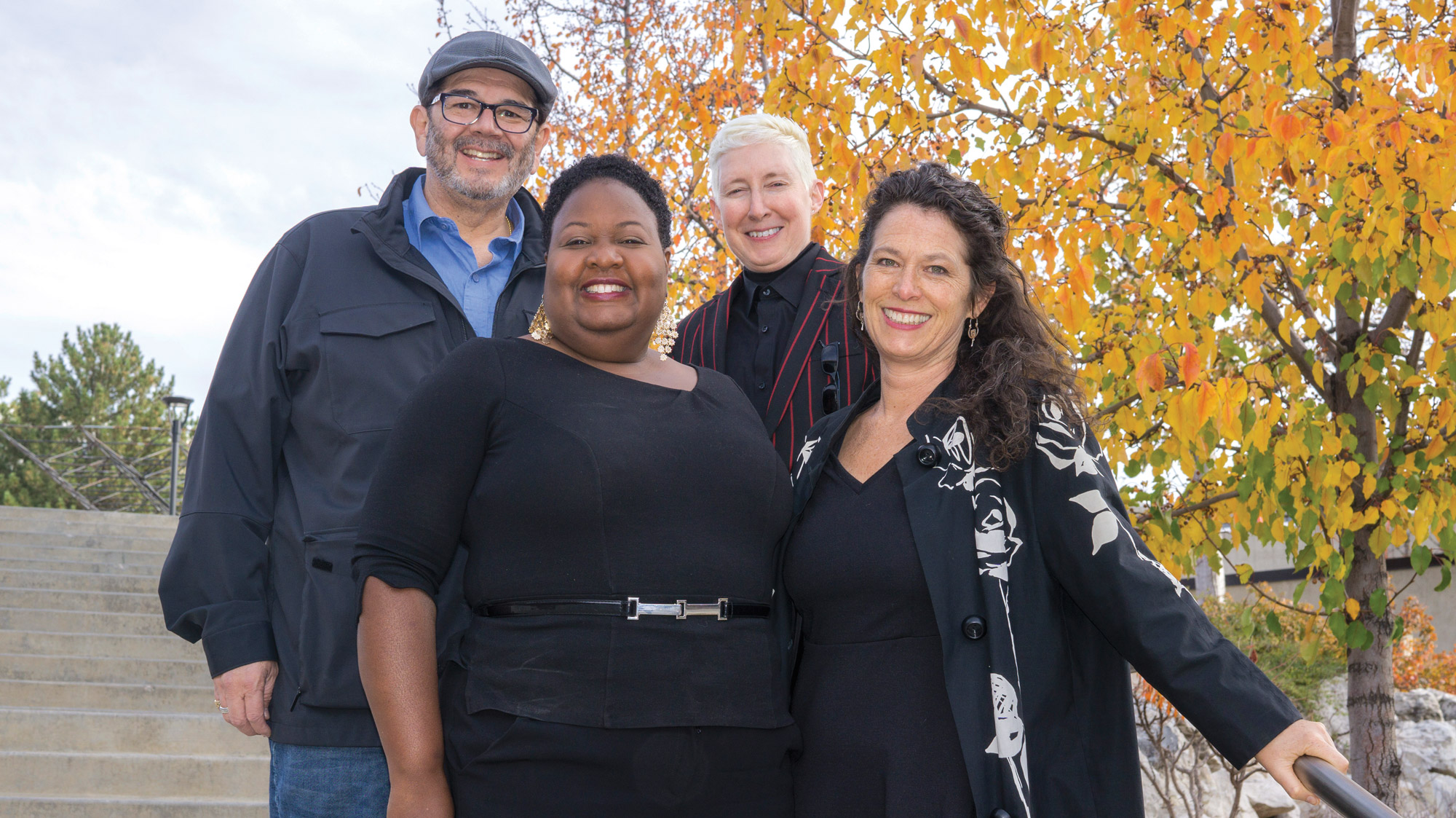 Leading the charge behind the U’s new School for Cultural and Social Transformation are (L to R) Ed Muñoz, Nicole Robinson, Kathryn Stockton, and Susie Porter.

In addition to the faculty hiring initiative, the U launched a new School for Cultural and Social Transformation in fall 2016. The new school is the first in the Intermountain West to focus on the intersection of race, gender, and social justice issues. The school not only elevates the Gender Studies and Ethnic Studies programs to academic divisions, but it also allows the divisions to directly hire and grant tenure to faculty.

Things have come a long way since Martinez and Cheng joined the U. “Of course, I wish change was faster, but I can’t deny there has been a lot of hard work in getting us here,” says Martinez.

In spring 2016, four Chicana faculty members—all of whom joined the U in 2009 as part of an earlier effort to hire faculty from diverse backgrounds—received tenure at the same time. Martinez, who was reported to be the first Chicana in the state of Utah to receive tenure, was elated.

“When I received my tenure letter in 1996, I carried it around with me for a year because I couldn’t believe it,” she adds. “I still get choked up. these women are so deserving. I see them as a reminder that I’m glad I stayed and fought it out. I’m glad I could pave the way for them—just a little bit.”

—Annalisa Purser is a communications specialist for University Marketing & Communications.