Celebrating its 25th anniversary this year, Red Butte Garden & Arboretum is a place to find refuge—and to create memories. 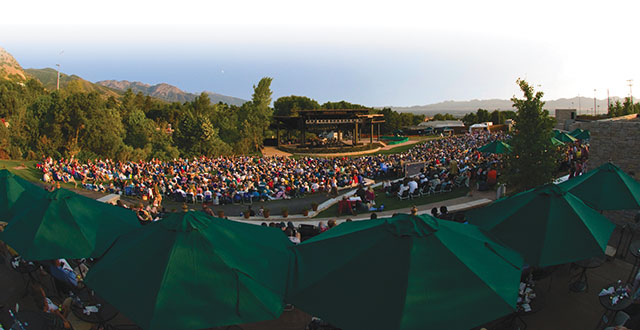 If setting aside national parks is America’s best idea, then establishing Red Butte Garden at the University of Utah is surely the local equivalent.

Located on the east bench at the top of Research Park, Red Butte Garden & Arboretum occupies 100 acres overlooking the Salt Lake Valley and the Oquirrh Mountains beyond. Although a mere 25 years old, Red Butte has grown into a nationally respected botanical garden as well as a popular local cultural venue. Just a few minutes’ drive from downtown Salt Lake City, the garden serves as a haven for those who seek a refuge from the hubbub of urban life. 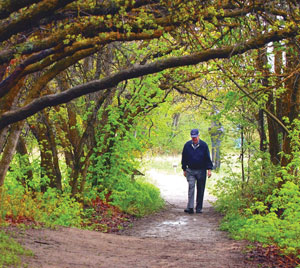 The garden’s executive director for the past six years, Greg Lee, notes (not surprisingly) that he “loves plants.” But Lee’s dedication to his work goes beyond the botanical; his educational and life experiences, he says, “have led me to understand that the three things I really care about are education, conservation, and activities that benefit children and families. Red Butte Garden combines all three.”

Which is exactly what brought him to Utah. With a master’s degree in accounting and finance, a doctorate in botany, and extensive university and nonprofit experience, Lee is well-prepared to address the challenges of achieving the garden’s mission “to cultivate the human connection with the beauty of living landscapes… through plant displays and collections, education, conservation, and as a setting for cultural enrichment and events.”

One of the key points in that mission statement is education. A variety of classes are offered at the garden for both children and adults. Parents can check out interactive backpacks for their children to help them understand the mysteries of plant life, or hold a birthday party, or sign them up for Garden Adventures and Kids Camps. For adults, the garden offers a Healthy Living program, hikes and outings, short courses dealing with water usage and landscape design, and special lectures and workshops. 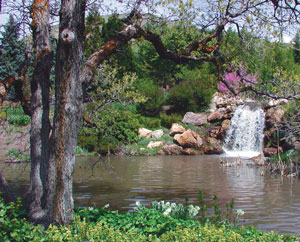 “About 15,000 school children visit the garden each year,” says Lee. “Plus we have a statewide outreach program called Grow Lab, which is brought to second-grade classrooms throughout the state [and which in 2006 received an award as the state’s best environmental education program]. We also do a lot of family programming, from our Monday Family Nights to festivals like Garden after Dark and Arbor Day.”

Conservation and plant research are also essential ingredients in the garden’s mix. The garden partners with the Center for Plant Conservation and other organizations to study, protect, and preserve many of the more than 250 rare plant species that exist throughout the Intermountain West.

About 75 acres of the garden are natural lands, and 25 acres are designated for gardens and facilities. Of those 25 acres, 18 so far are developed and include buildings, display gardens, and three to four miles of hiking paths. The seven remaining acres will eventually be developed into additional gardens. 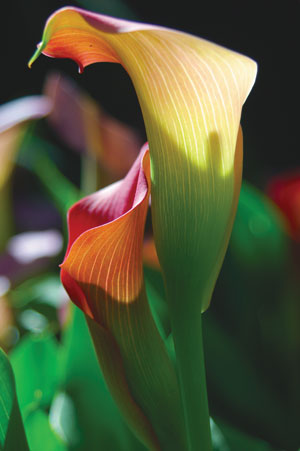 “I think of the garden as being in adolescence,” Lee says. “It has had a thriving childhood but still has some growing to do, and now we have an opportunity to decide what kind of an adult it will be.” There are a number of likely developments: a Center for Sustainable Horticulture/Education building, a rock garden, a native plant garden, a shade and woodland garden, a western-influenced Asian garden, and a conservation garden that would address increasingly important water- and other resource-conservation issues by demonstrating “how people can garden in a way that requires relatively low inputs of not only water but also of chemicals, such as fertilizers, herbicides, and pesticides.”

The garden is already showing signs of maturity, most noticeably by the 2008 renovation and expansion of its popular outdoor amphitheatre that features summer concerts. As a result, notes Lee, “annual concert attendance has increased by 15,000 people or close to 50 percent in just two years. The big differences are that we can accommodate larger numbers well and bigger-name acts now want to play here. The sound quality and sightlines are better, and we have added large, permanent restrooms. The overall experience for people has improved, which is reflected by the increased attendance—even during the ‘Great Recession,’ when other venues across the country were experiencing dwindling attendance.”

The Summer 2010 Concert Series is the biggest yet, with 21 shows and headliners including Norah Jones, Sheryl Crow, and Willie Nelson. 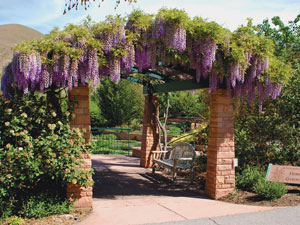 Looking to the future, Lee says that water—either the lack or the increased cost of it—“will probably be a factor constraining growth in the valley. We can cut down household water usage by 30 percent just by changing people’s landscaping practices. That makes the conservation garden and associated education facilities our most important future initiatives. We have the initial design work done on both of them,” he says, adding, “All that’s left now is to find the resources to build them.”

Fund-raising is, in fact, key to the garden’s existence, as it operates as a nonprofit within the University community. Eighty percent of its operating budget comes from either donations or revenue it generates from concerts, rentals, education programs, and other activities. In addition, “All of the garden’s buildings and other facilities have been built with privately donated funds,” Lee notes.

Over the past quarter-century, private funding has allowed the garden to grow steadily. It opened to the public in 1985, and the Walter P. Cottam Visitors Center (named after the legendary plant researcher, cofounder of The Nature Conservancy, and former chair of the University’s Botany Department) was funded through a lead gift from the George S. and Dolores Doré Eccles Foundation and dedicated in 1994, followed by the Courtyard Garden, Hemingway Four Seasons Garden, and Dumke Floral Walk that same year. In 1999, the Children’s Garden opened, with the Richard K. Hemingway Orangerie following three years later. Most recently, the garden’s education and administrative staff (for many years housed at Fort Douglas) relocated to the garden premises, thanks to an expansion of its visitors center, which now also includes a much-needed multipurpose room that will be used for meetings and classes. 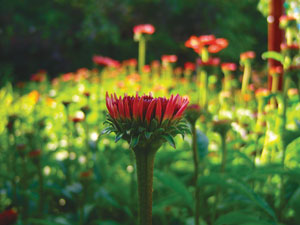 During Red Butte Garden’s 25th anniversary year it will honor two of its founders and major supporters, Ezekiel R. Dumke, Jr. BA’50 and Katherine W. Dumke BS’51, who have been intimately involved in the development of the garden since its beginning.

Now that the garden is well established, Lee and others in the administration look to a bright future. It’s clear that during its relatively brief existence, the garden has come to play an important role within the local community. “The garden means many different things to many different people,” observes Lee. “Someone might find it a place of solace and refuge, someone else might appreciate it for its beauty and artistic presence; another may think of it as a horticultural resource, as a place of learning, or as a venue for entertainment or exercise. For me it is all of these things, but most importantly it is a place where people can experience many of life’s most memorable moments, whether it’s a wedding, a memorial service, families sharing a delightful experience, walking through 200,000 blooming daffodils, or attending a concert. It’s a wonderful place for creating memories.”

For a schedule of upcoming concerts at Red Butte Garden, click here.

Things You Might Not Know About Red Butte Garden 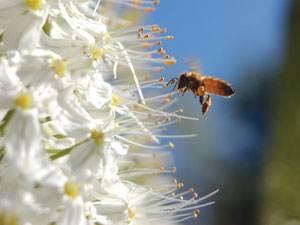 Secret Garden: Red Butte Creek bubbles past a hidden spot in the natural area, reached by a narrow staircase, where there are two picnic tables and two benches honoring Eagle Scout accomplishments.

Bees: The garden attracts a variety of bees of differing colors, from classic yellow and black to bright green and even blue. Bee types include mason, bumble, and honey, or Apis mellifera, which became the official Utah state insect in 1983.

Beehives: A local beekeeper maintains an apiary of 20 hives on garden property; the amount of honey produced annually depends on the weather, the temperature, and the vigor of the queen bee, among other variables. (The honey can be purchased at the Red Butte Garden Gift Shop.)

Hiking Trails: There are almost four miles of hiking trails on 80 acres of natural area. The trails meander along shaded paths and up the mountainside, offering rewarding views of the Salt Lake Valley. One trail leads to an abandoned stone house that once sheltered quarry workers.

Memorial Benches: There are 65 benches placed throughout the garden memorializing donors’ loved ones.

—Bryn Ramjoué is director of communications for Red Butte Garden.

5 thoughts on “Growing the Garden”