Millions of Americans are spitting into tubes and sending the saliva samples to labs to discover their ancestry or if they carry genetic variants that could lead to diseases such as Alzheimer’s or Parkinson’s.

Those intriguing questions are posed on a University of Utah website on genetics and addiction meant to provoke conversations among teenagers and potentially influence their choices for the better. Packed with easy-to-understand explanations about the brain’s reward pathway and how drugs hijack the system and rewire brain connections, the website—called The Science of Addiction: Genetics and the Brain—is proving popular around the world as more families and communities struggle to understand the roots of addiction and how to treat and prevent it.

The site, its home at learn.genetics.utah.edu, and its companion teach.genetics.utah.edu are thought to be the most widely used online genetics education resources in the world, with more than 16 million unique visitors and 60 million page views a year, according to Louisa Stark, a professor of human genetics and director of the U’s Genetic Science Learning Center, which developed the sites.

“Our website constitutes one-third of traffic through the utah.edu portal. We know that our site is used in every country in the world,” she says, including by police officers, judges, patients, and family members trying to understand addiction. 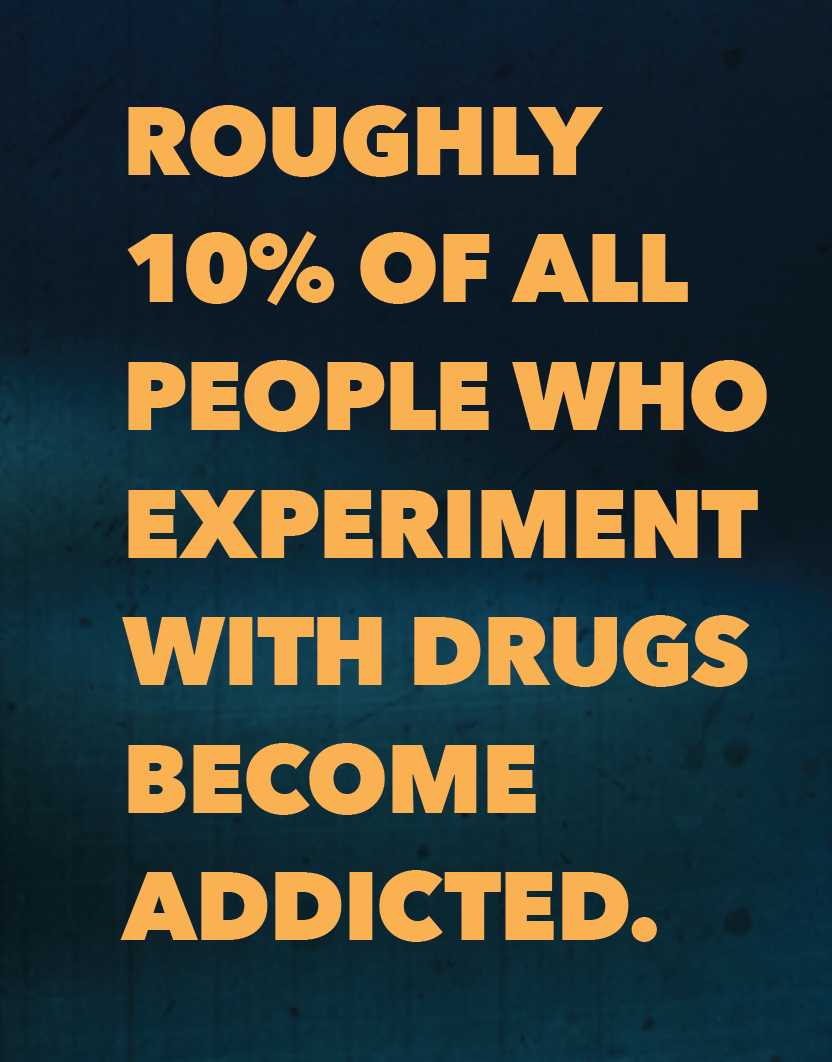 “Like cancer, addiction has a high level of attention in our society right now,” Stark says. “What’s different with addiction is that people used to view it as something wrong with the addict personally; it was considered a moral failure to become addicted. Hopefully today the view is shifting to seeing addiction as a disease.”

Understanding the science—both the genetics and neurobiology of addiction— helps people make that shift. And the U site is part of that effort.

Glen Hanson PhD’78 calculates that he’s given hundreds of presentations about addiction, from his time overseeing the U’s now-defunct Utah Addiction Center think tank to when he was director of the National Institute on Drug Abuse (NIDA). There’s one thing listeners always want to know: What’s the link between addiction and genes?

The short answer is that genetic factors account for up to 60 percent of a person’s vulnerability to addiction. The rest is due to environmental factors, including peer pressure, community poverty, lack of parental supervision, and exposure to trauma and drugs, among others. But there isn’t one addiction gene; instead there are more than 100 genetic variants associated with addiction, says Hanson, who is a featured voice on the Learn. Genetics addiction web pages.

Hanson often says that abuse and addiction can definitely cluster in families. “We look at some families and it seems like everybody’s addicted to some drug, whether it’s alcohol, nicotine, illegals, prescription drugs,” he explains. But even if you have one of the variants doesn’t mean you are doomed to become an addict. In fact, life experiences may determine whether genetics even come into play in making someone susceptible to addiction through the process of epigenetics, a mechanism that switches genes on and off, according to a 2015 special supplement sponsored by NIDA called Nature Outlook: Addiction.

“Just because you’re vulnerable doesn’t mean it’s inevitable,” Hanson says on the U site. “It just says you’ve got to be careful and that if circumstances are right, the chances that you’ll get into difficulty are greater than most people.”

The science hasn’t advanced to the point that you can be tested for those vulnerabilities, Hanson says. Still, researchers are hunting for biological differences that may make someone more or less susceptible to addiction, according to the U site, in the hopes of finding ways to prevent and treat abuse.

For example, how your brain synthesizes dopamine, if you are impulsive, if you have anxiety or depression, how able you are to control thoughts and behavior (known as executive function)—these factors are inheritable and make a person susceptible to taking drugs, he says. “There may be a genetic vulnerability to starting drug use. There may be genetics for how much it activates your reward system when you take it,” Hanson explains. “It’s the difference of, ‘Well, I used cocaine and it kept me up. Other than that it was a real drag’ to ‘Wow! That was great!’ ”

As scientists identify susceptibility genes, pharmaceutical treatments can be developed to target them. They are also seeking ways to fix brain circuitry damaged by addiction. And, just as treatments have been developed to help addicts quit smoking—think of Chantix, which is thought to break nicotine addiction by attaching to nicotine receptors in the brain so that nicotine can’t—drugs could be developed for other addictions.

Researchers want to know whether the antidepressant bupropion (Wellbutrin) also helps methamphetamine addicts, with the idea that the drug could aid in withdrawal since it affects the amount of dopamine and norepinephrine in the brain. And a phase 2 clinical trial recently ended that looked at whether the compound TV-1380 could help cocaine addicts because of how the compound metabolizes and inactivates the illicit drug. 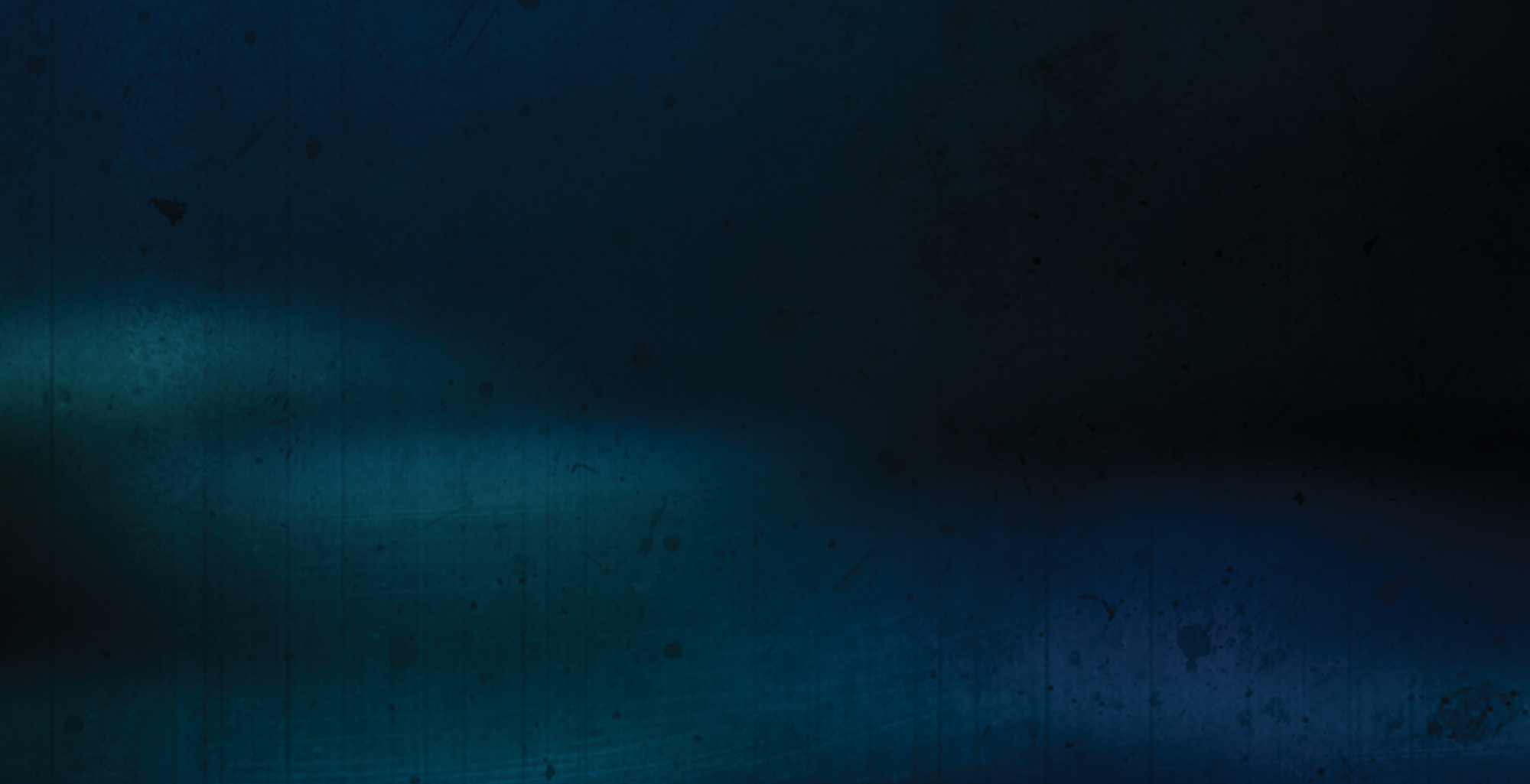 When scientists look for “addiction genes,” what they are really looking for are biological differences that may make someone more or less vulnerable to addiction. For example, some people may feel sick from a drug that makes other people feel good, or they may have more severe withdrawal symptoms if they try to quit. Below are specific examples of ways genetics may influence drug-taking behavior, according to the Learn.Genetics site, the National Institute on Drug Abuse (NIDA), and the National Center for Biotechnology Information. Some of the factors have been found in mice and others in humans.

Experts don’t need a genetic test to know teenagers are particularly vulnerable to trying drugs. Evolutionarily, they are primed to turn away from their parents, seek out their peers, and take risks, says Kristen Keefe, who studies the neurobiology of addiction as a neuropsychopharmacologist and U professor of pharmacology and toxicology.

They take risks because of their underdeveloped prefrontal cortex, the part of the brain responsible for reasoning and decision making and which regulates impulses. While it grows during the pre-teen years, it is pruned back during adolescence, according to the U site, and finishes developing in the mid-20s. Meanwhile, the parts of the brain that guide emotion (the amygdala) and that seek pleasure and reward (the nucleus accumbens) mature more quickly.

This one-two-punch of susceptibility has been described by psychologist and author David Walsh as if a teenager’s brain has an accelerator but no brakes. “In most species, you want the juveniles out of the natal unit to prevent inbreeding,” Keefe says, explaining why evolution would make teens vulnerable. “That risk-taking behavior and affiliation with peers is going to put kids in risky situations.”

And using drugs as a teen can change brain development. Studies have shown that teens recovering from alcohol dependence have reduced volume in the hippocampus, or the brain’s memory region. And chronic marijuana use in adolescence has been shown to reduce IQ levels that aren’t recovered if they quit as adults. Changes are also made to the areas of the brain critical to judgment, decision making, learning, and behavior control, according to NIDA, further reducing teens’ ability to stop taking drugs—which is why, the U site notes, one researcher says she’ll pay her daughter $1,000 if she won’t try any drugs until she’s at least 21.

What you won’t find on the site is any moralizing. Nowhere does it say, “Don’t do drugs.” And that’s intentional, says Stark. The addiction site, designed with the help of about 20 middle and high school science teachers from around the country, was funded by NIDA to help teens understand the neurobiology and genetics of addiction.

That’s why it is written in easy-to-understand language and has engaging graphics, videos, downloadable worksheets, and games that not only help teens but have also made it a go-to place for parents, patients, counselors, and others trying to understand addiction. “Students have seen the ‘This is your brain on drugs’ message with the frying pan. They’ve heard ‘Just don’t do drugs.’ They don’t pay attention to it,” says Stark. “The teachers suggested that sharing the science of addiction might make a difference for students.”

This scientific approach is what Keefe takes when she presents information to the community about drugs and the brain during the country’s annual antidrug Red Ribbon Week events and the U neuroscience program’s Brain Awareness Week. Using resources including the Learn. Genetics site, Keefe explains how drugs tap into brain circuitry that has developed to drive survival of the species by releasing dopamine, a neurotransmitter that registers reward and pleasure. Drugs “hijack” the system by flooding the brain’s reward circuits with more dopamine than natural rewards can generate, creating a strong drive to take more drugs. “You don’t know what your genetics are. You really only have a choice once, and that’s the first time you choose to use,” Keefe tells the students. “Once your brain becomes hardwired to seek that drug… you don’t have control over that. It’s hard to undo.”

And she emphasizes that quitting drugs isn’t a matter of will, using an analogy she learned from Hanson: Telling an addict they would stop using if they really loved their family is like telling someone with Parkinson’s disease they’d stop having tremors and walk faster if they just tried harder. “The brain of an addict is fundamentally changed,” Keefe says.

She recalls a student at a local high school who confided that her father was an addict. Up until the girl heard about the science, she thought he was just a bad person. “In light of what we know about the biology and where the science of addiction is at this point,” Keefe says, “I think it’s wrong to moralize this issue. It’s an issue of basic biology, the pharmacological effects of these drugs.” 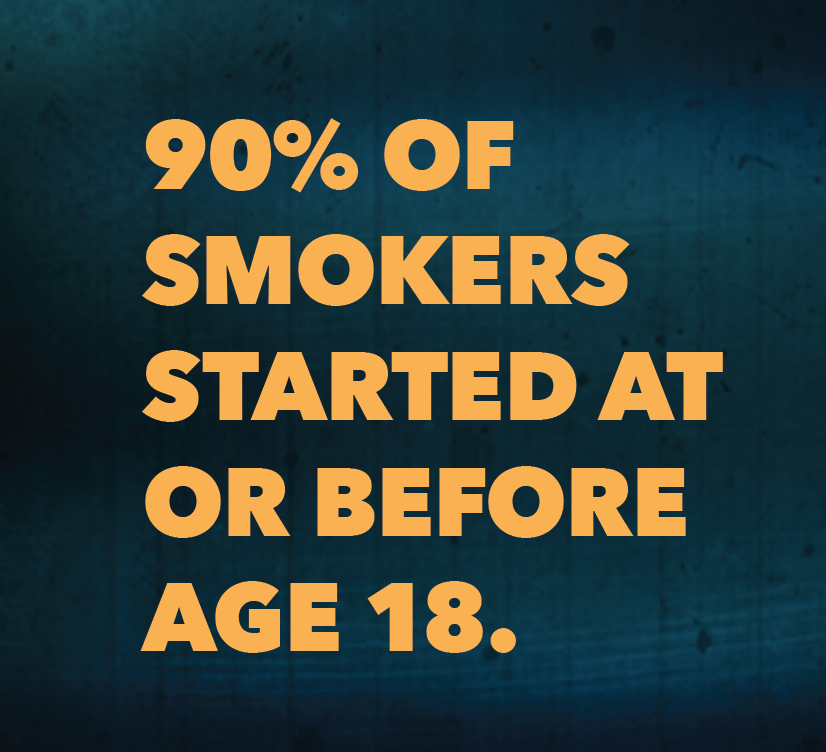 Keefe and Hanson are cautious about saying that teens would necessarily be deterred from using drugs after learning how it hijacks their brains. That kind of thinking about the future and planning to avoid risks relies on teens using their prefrontal cortex. “I know kids’ brains,” Keefe adds. “That’s asking them to think really long term,” a skill they are still mastering.

Still, Hanson says there are ways to accelerate the development of the prefrontal cortex—and education is key. Not rote memorization tasks or multiple choice tests, but giving children and teens opportunities to gather data and use what they learn to come up with solutions or conclusions. Taking subjects that require a student to suppress a naturally inclined behavior and substitute it with something more difficult would help, too. Learning a foreign language is a prime example, but so are difficult subjects like advanced math or physics, he says. And giving youth responsibilities with expectations and consequences will also build that executive function muscle.

Just as there are many paths toward the road to addiction, there are and will be many more ways to prevent and treat it. Understanding the genetics and neurobiology opens up more possibilities than ever before. “I don’t think we’re ever going to get rid of abuse or addiction,” Keefe says. “I think the question is, how is the brain changed in the setting of addiction so when and if somebody becomes addicted, how might we be able to reverse that, facilitate their recovery, and stop that behavior?” 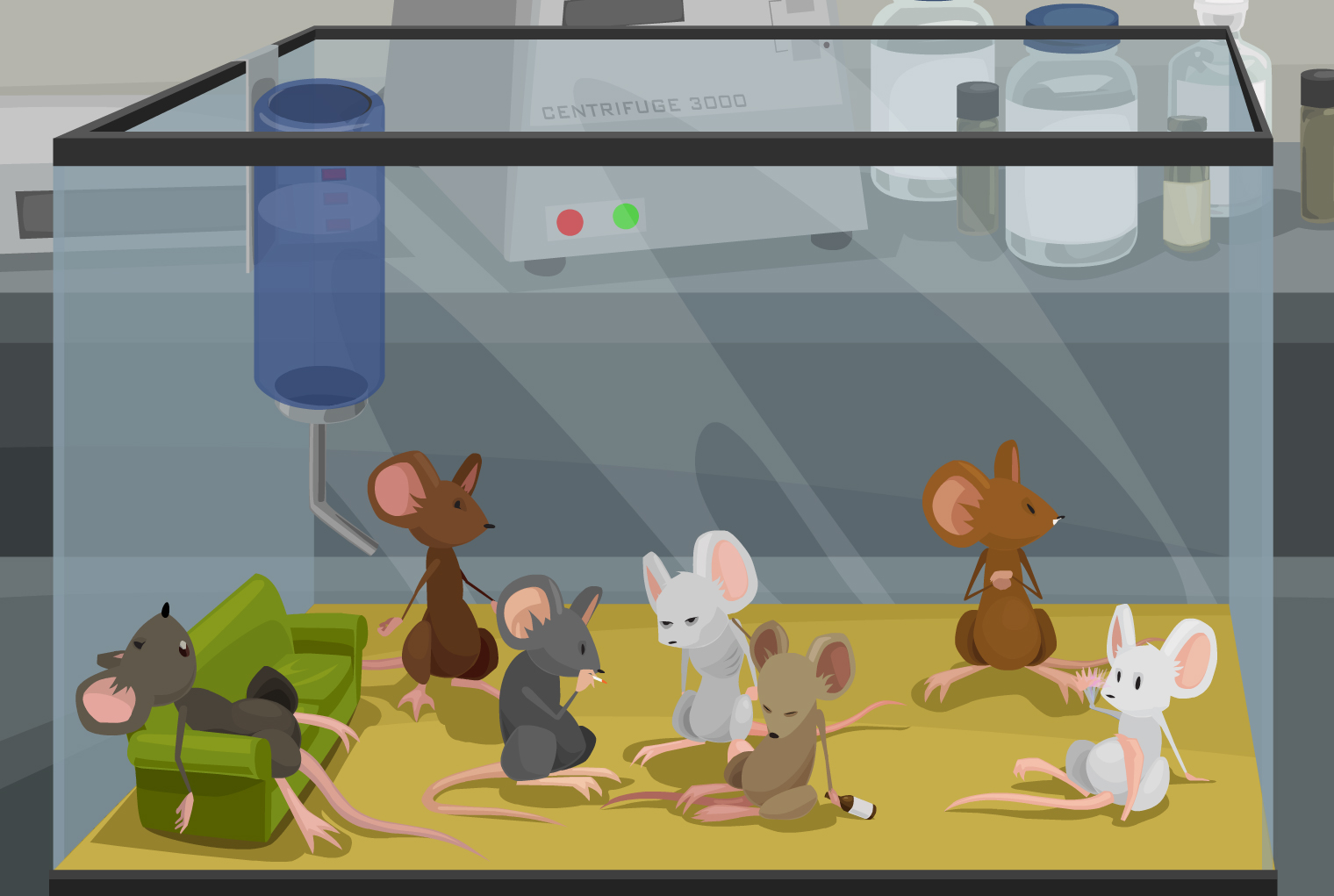 Take a look inside the brains of mice on drugs! This is just one of many interactive videos and educational activities about addiction on the U's Learn.Genetics web page.

10 thoughts on “Genes and Addiction”