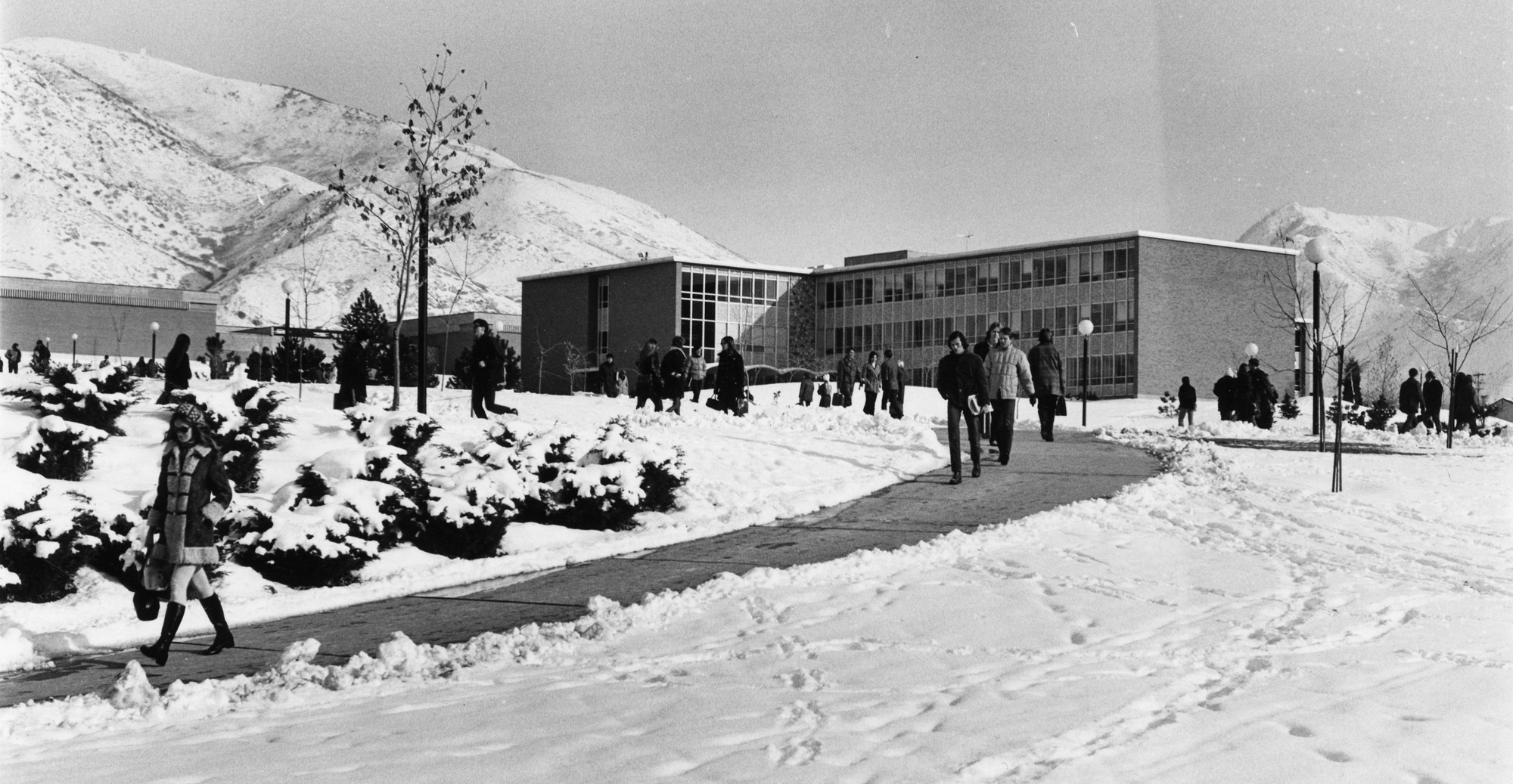 Since 1960, students studying to become educators at the University of Utah have been taking classes in Milton Bennion Hall, and many others have walked its halls as well. This winter, alumni, students, and faculty celebrated the legacy of Milton Bennion and bid a fond farewell to the building that helped shape the futures of thousands of general and special education teachers, counselors, administrators, and educational leaders. The building came down to make space for expansion of the David Eccles School of Business.

“What I experienced during my time in Milton Bennion Hall was a life changer; it enabled me to learn more, to appreciate who I am, what skills I have, what new skills I need to learn, and how I can contribute to education,” says Cecelia H. Foxley PhD’68, former Utah commissioner of higher education, who received her doctorate in educational psychology from the U. “It enabled me to have a whole new future.”

Milton Bennion, who served as dean of the School of Education for 28 years (1913-1941), was well known for his Socratic teaching style and his keen interest in personal and social ethics and character education. Bennion also served as vice president of the university from 1940-1941.

“A big part of Bennion’s legacy, which still continues today, was his focus on character education and the role of education, not only in academics, but also in preparing individuals to be good citizens,” says Michael Hardman BS’71 MEd’73 PhD’75, chief global offcer for the U and former dean of the college. “In my early years of being a professor, I read a lot about Milton Bennion, and it shaped a lot of my thinking.”

In 2013, the College of Education found a new home in the Beverley Taylor Sorenson Arts and Education Complex, but Milton Bennion Hall continued to be used for other classes, clinics, and office space for faculty.

“The building has been home for remarkable students, incredible research innovations, and distinguished faculty for over half a century,” says María E. Fránquiz, dean of the college. 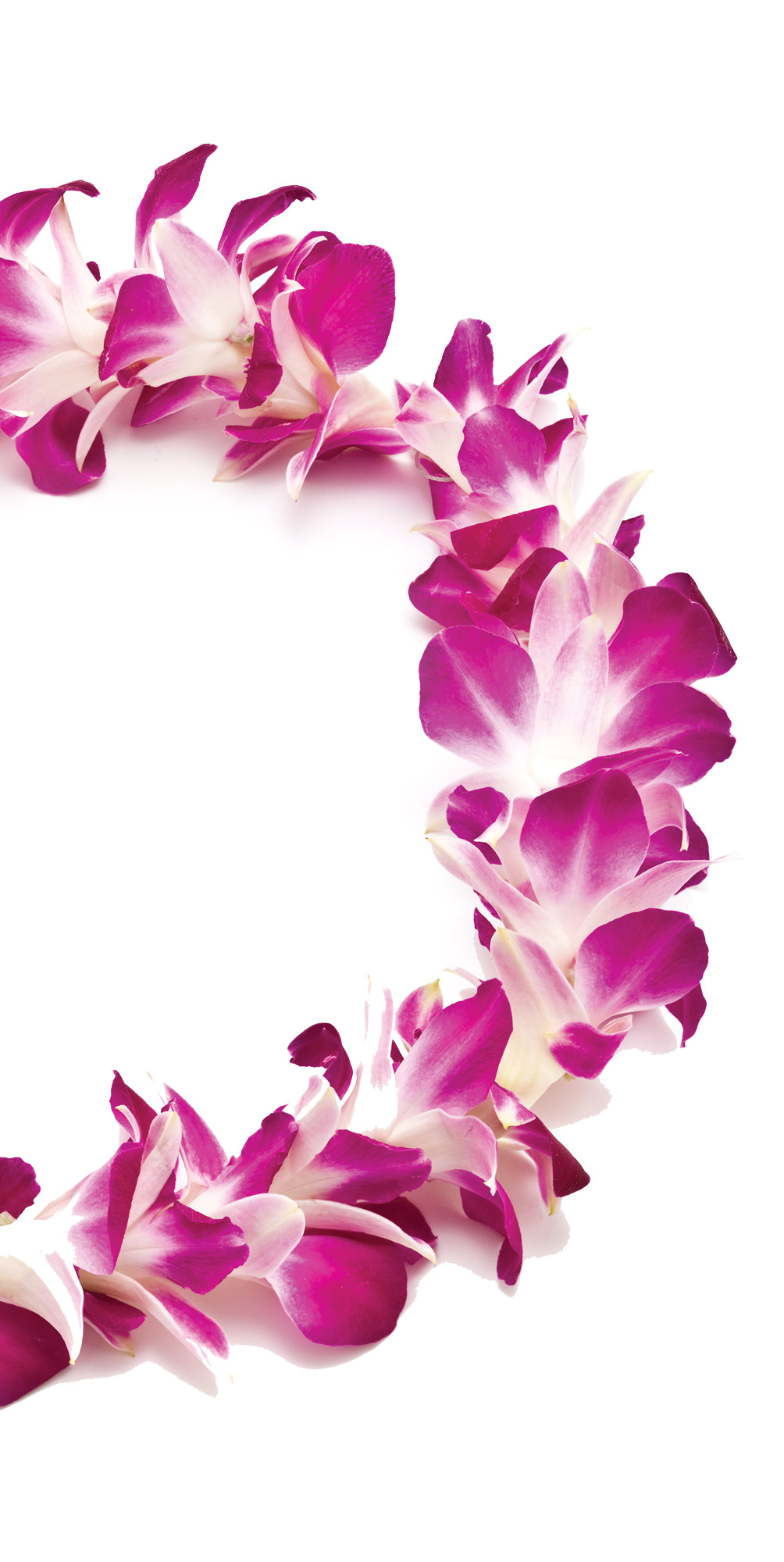 Utah has one of the oldest and largest Pacific Islander communities in the country (with members from throughout Polynesia, Micronesia, and Melanesia, from Hawaii to New Zealand). In fact, Utah has the largest population in the continental U.S. per capita, and U.S. Census figures show the numbers increased by more than 60 percent between 2000 and 2010. Pacific Islanders have lived continuously in Utah since 1870.

“Because of Utah’s long history with Pacific Islanders and the strong network of professionals, community groups, and associations within the Pacific Islander community, the U is well positioned to strengthen these partnerships and build the top program in the continental United States,” says Adrian Viliami Bell, assistant professor in the Department of Anthropology and co-director of the Pacific Islander Studies Initiative at the U.

The initiative will take a three-pronged approach: Collaborating with and serving the state’s Pacific Islander community, increasing the diversity of the university’s faculty by hiring scholars whose expertise lies in studying the area, and providing scholarships and mentorship opportunities to students of Pacific Island backgrounds.

To learn more about the initiative or to donate to the Pacific Islander scholarship, email pacificislander@utah.edu.

Conrad Anker to Speak at 2017 Commencement 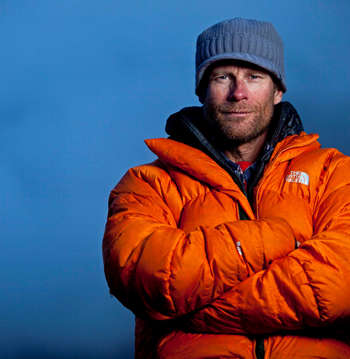 World-renowned mountain climber, filmmaker, author, philanthropist, and U alum Conrad Anker will deliver the 2017 commencement address on Thursday, May 4, at 6:30 p.m. in the Jon M. Huntsman Center. The event is free and open to the public.

Anker BA’88 was featured in the 2015 Sundance film Meru, which chronicles his attempt to lead the first team to summit the notoriously difficult Shark’s Fin on Mount Meru in northern India. Anker was a founding member of The North Face Climbing Team and began his relationship with the outdoor company as a retail employee while he was a student at the U. He graduated with a degree in recreation and leisure.

“I want all of the graduates, regardless of how they choose to define success, to find greatness within themselves,” Anker says. “That’s why I’m thankful for the opportunity to come back to the University of Utah to deliver this message to the class of 2017.”

Anker began climbing at a young age and jokes that he chose to attend the U because the brochure showed mountains in the background. He worked for the school’s campus recreation program and enjoyed the U's close proximity to the outdoors while taking classes. He says he found his business courses to be especially useful, and even started a company while in school, KÜHL, that he eventually sold for $10,000—which he used to go climbing.

“I want graduates to live in the moment,” Anker says. “Utahns are known for their kindness and generosity. The goodness that comes from being part of the U community is something that will always be with you and that you can share around the world.” 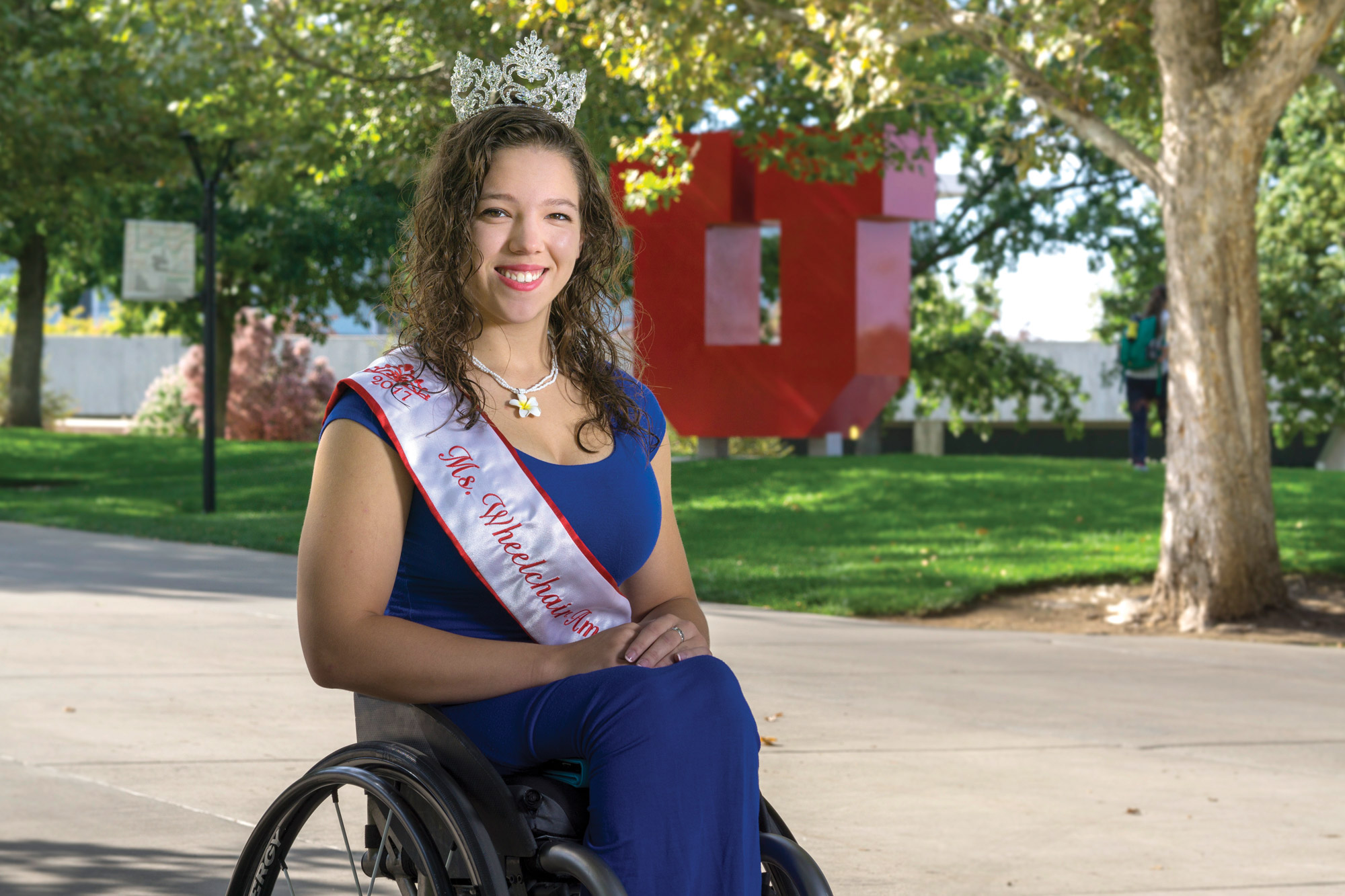 Eliza McIntosh, a junior studying political science, wears the title of Ms. Wheelchair America 2017. She won with the platform: “Where there is a wheel, there is a way—identify your passion, invite people to join you, and ignite your community behind you.”

Over the next year, McIntosh will travel the country as a spokeswoman for the disability community, visit with advocacy groups, make public appearances, and participate in parades. McIntosh uses a wheelchair for mobility because she has spinal dysgenesis and is paralyzed from the waist down. An intern at the Disability Law Center in Salt Lake City, she enjoys politics, wheelchair basketball, and chess. “Being disabled is normally seen as a very negative thing. It sounds kind of funny, but I was basically born a celebrity,” she says. “Every time I come into a room, people notice. I can go for years without seeing somebody, and they’ll still remember me. That’s impact. That’s power. And so, I feel like you should use what you have available to your advantage.”

At the weeklong Ms. Wheelchair America competition last August, McIntosh competed against 25 other contestants from different states. Although the contestants are showcased in pageant format, physical beauty is not a consideration. McIntosh says of her new role, “I am excited and honored to be Ms. Wheelchair America 2017! I hope to use this opportunity to exhibit just how much you can do because of a wheelchair, not despite it.” 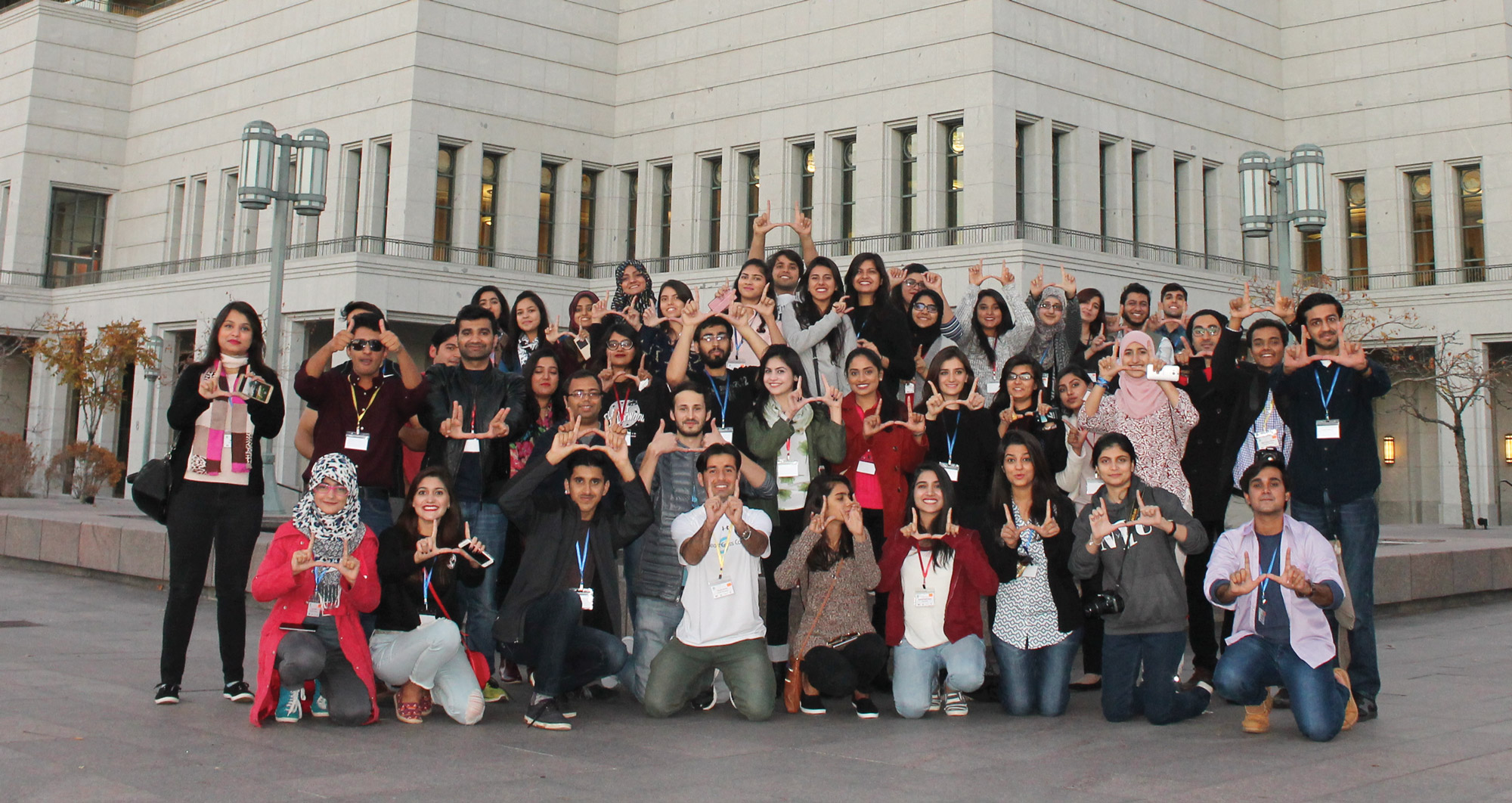 The University of Utah’s International Student and Scholar Services recently hosted 94 emerging youth leaders from Pakistan as part of that country's Global Undergraduate Exchange Program. Through the U.S. Department of State’s Bureau of Educational and Cultural Affairs and administered by IREX, an international nonprot organization based in Washington, D.C., the program brings undergraduate students from underserved populations in Pakistan to study in the U.S. to increase their academic knowledge, enhance their leadership capacity, and build new life skills.

Having spent the past semester at 42 different colleges and universities around the country, the students concluded their experience together at a re-entry workshop at the U, learning how to integrate their individual and shared experiences in the U.S. into a blueprint for becoming leaders in their communities. “The workshop was a great success,” says Chalimar Swain, director of International Student and Scholar Services. “Particularly in this time of divisive national politics, it was a healing, uplifting experience to see these future leaders engaging in lively discussions about diversity, inclusion, ethics, and leadership.” 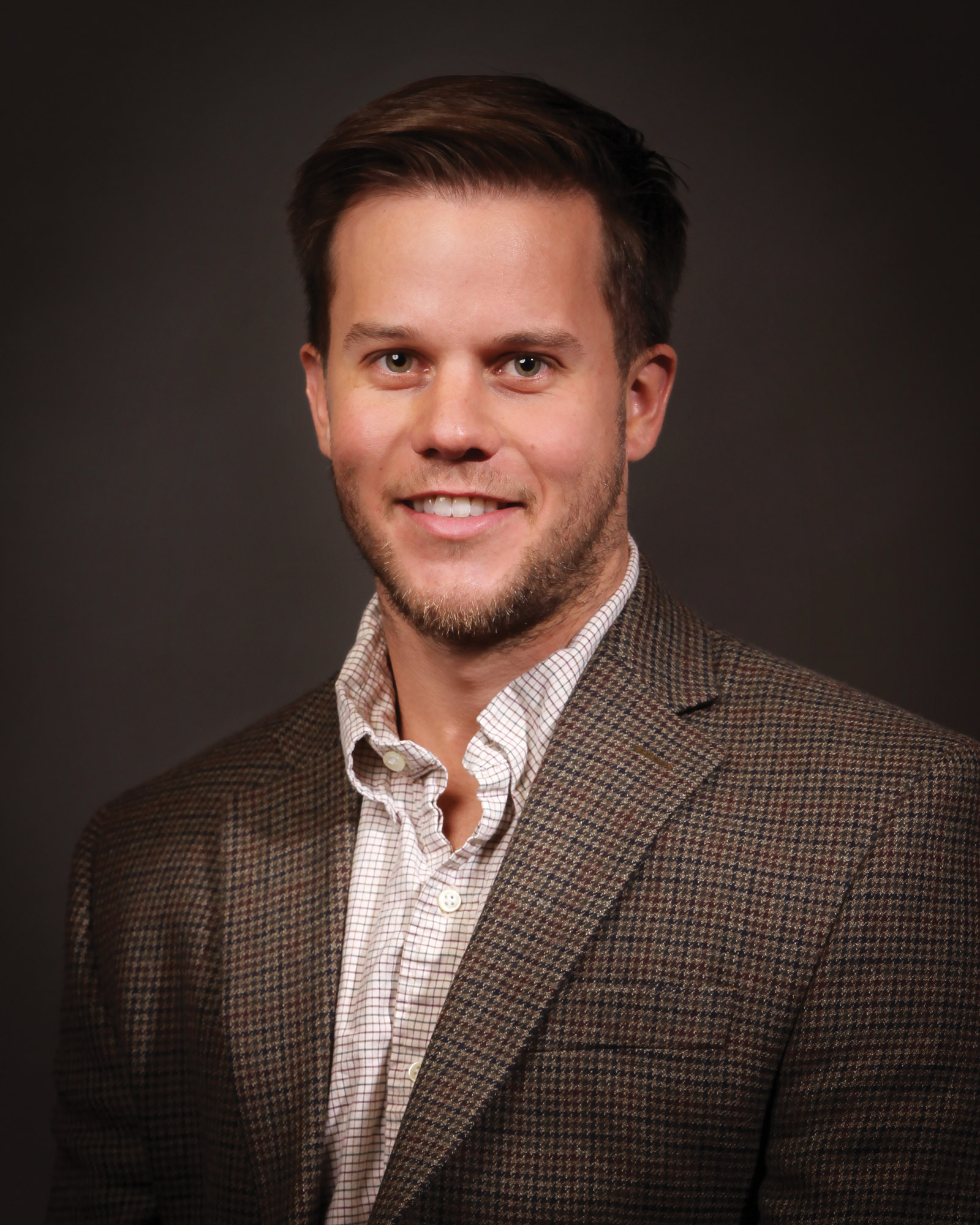 Luther McDonald, a 28-year-old civil and environmental engineering assistant professor, as well as a faculty member in the U’s nuclear engineering program, was just named one of Forbes’ “30 Under 30” in science. He joins academics from the Massachusetts Institute of Technology, Harvard, and NASA’s Langley Research Center, among others, in being named one of this year’s outstanding young scientists and scientific entrepreneurs in fields from mathematics to neuroscience and genetics. McDonald was the only researcher from Utah named.

“It’s an honor,” he says about the announcement. “It’s also motivation to keep doing more—to get more research funding and get more students to the University of Utah and grow the research program.”

McDonald received his bachelor’s in chemistry at the University of West Florida and a doctorate in radiochemistry at Washington State University. “My favorite class in high school was chemistry, and for my first chemistry course in college I had one of the most phenomenal professors,” he says. “I thought, ‘If this is what chemistry is like, I want to do it.’ And I was hooked since then.” 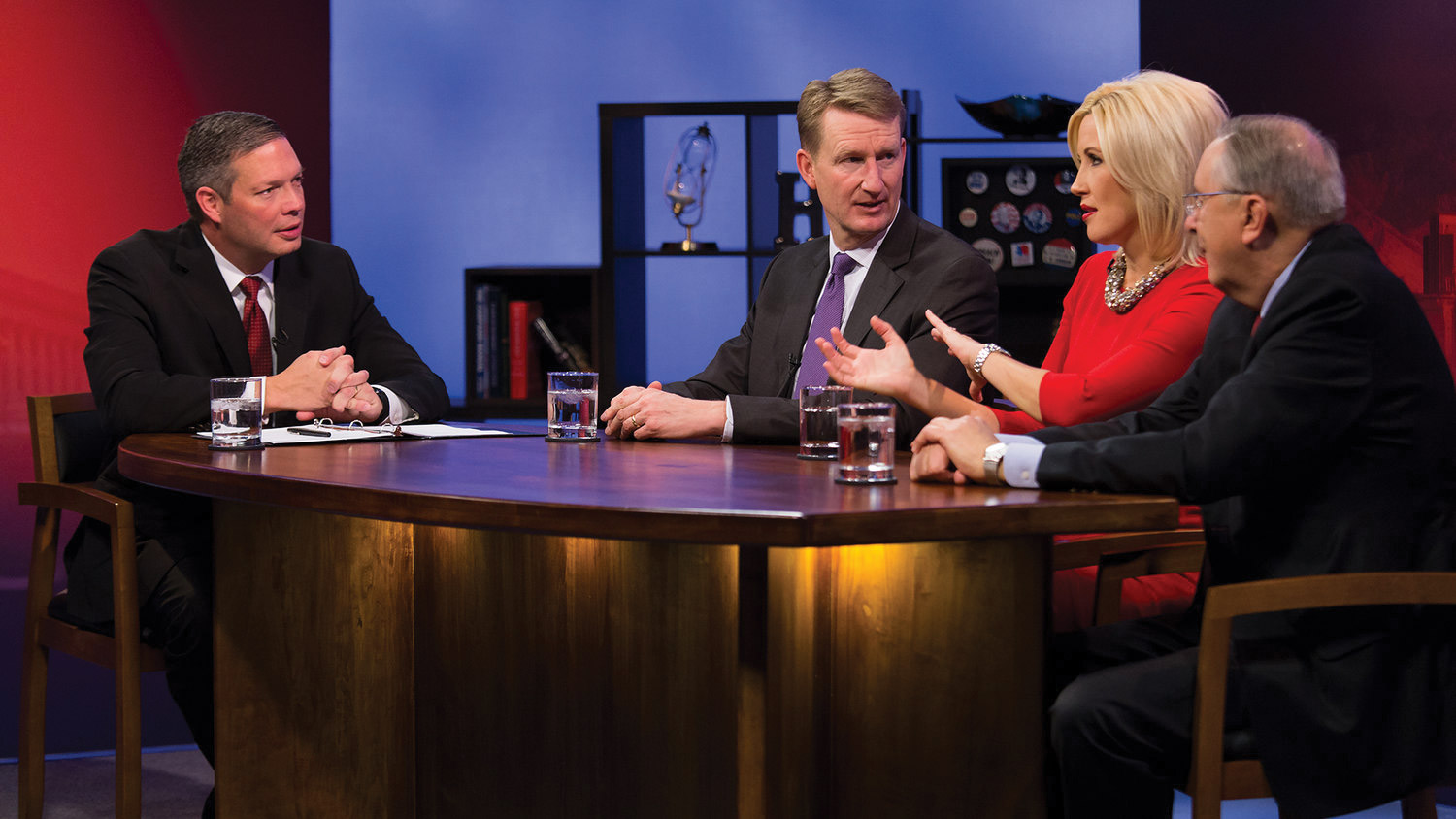 From GOP infighting to the WikiLeaks email hacks and the rise of a surprisingly strong third-party presidential candidate in Utah, there has been no shortage of recent political surprises— providing perfect timing for the fall launch of The Hinckley Report. KUED—the public television station affiliated with the U—began airing the weekly half-hour public affairs series in partnership with the Hinckley Institute of Politics this past September. The Hinckley Report is modeled after Washington Week on PBS, which features a roundtable of journalists discussing the issues of the week. Its goal: elevate the dialogue surrounding pressing political issues and how they relate to Utah. The show airs on Fridays at 7:30 p.m. on KUED Channel 7.

Past episodes and web extras are available at kued.org/hinckleyreport.