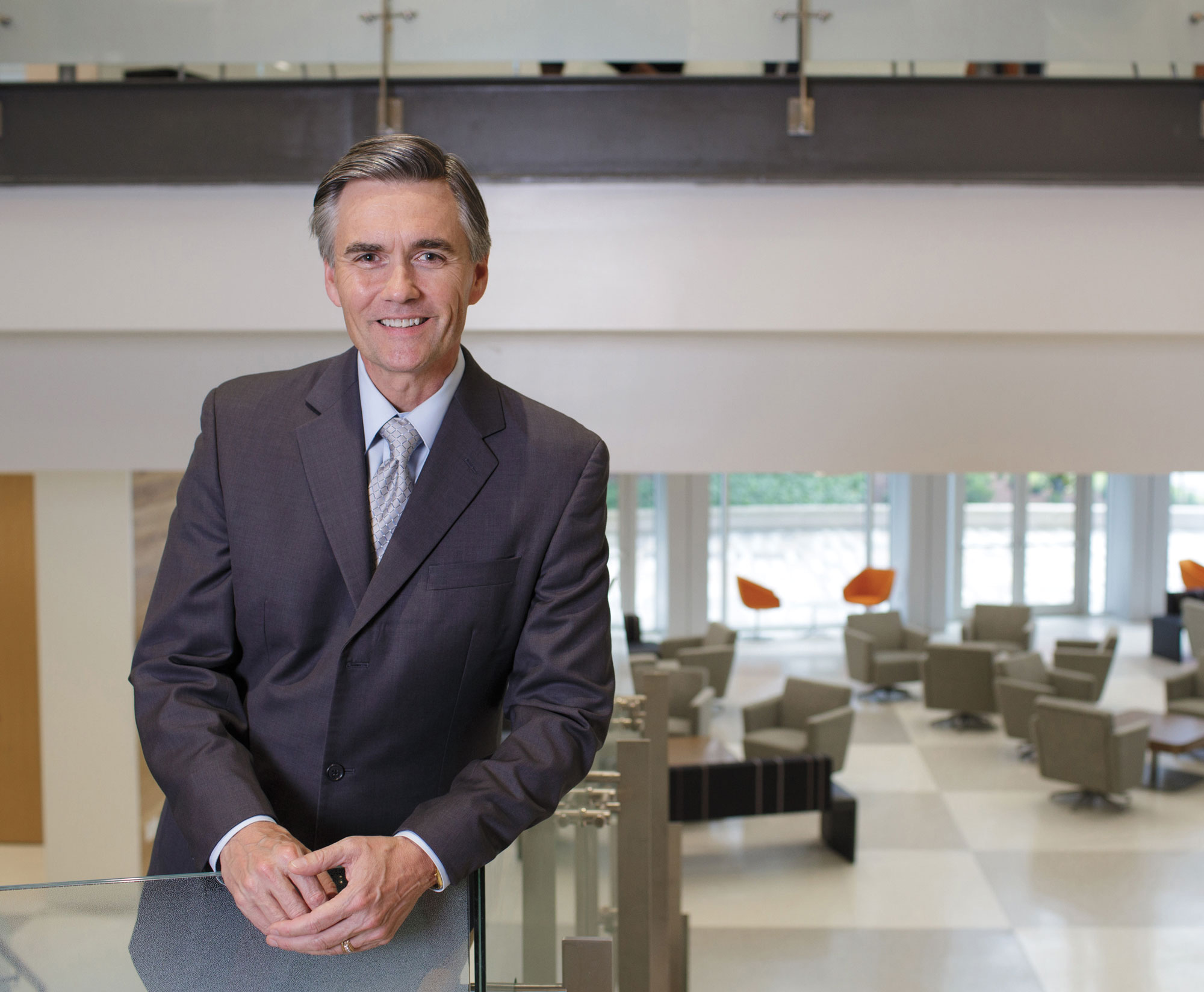 NEW LEADER AT THE HELM OF HEALTH

This summer, Michael Good and his family packed up their lives in Florida after 34 years and traveled 2,200 miles across the country to start a new life in Utah. In August, Good assumed the position of University of Utah senior vice president for health sciences, CEO of U of U Health, and dean of the School of Medicine, replacing interim Senior Vice President Lorris Betz.

Good says that when he was offered the opportunity to come to U of U Health, there was no question in his mind that it was time to head west. “The University of Utah is one of the strongest and most collegial academic health science centers in the nation,” he says. “I look forward to adding my energy as we work together to achieve the high expectations the people of Utah have for their flagship university, which as President Watkins says, truly is ‘the University for Utah.’ ”

Good comes to the U from the University of Florida (UF), where he had served as dean of the College of Medicine since 2008. There, he also served as interim senior vice president of health affairs and interim president of UF Health. He is well known in the anesthesiology community for his innovative, interdisciplinary work with physicians and engineers to develop the Human Patient Simulator, a sophisticated teaching technology used worldwide in health care education programs.

He joined the UF faculty in 1988 and previously served as senior associate dean for clinical affairs and chief of staff for what is now known as UF Health Shands Hospital. Good earned both his bachelor’s degree in computer and communication sciences and his medical degree from the University of Michigan. He completed his residency training in anesthesiology as well as a research fellowship at UF.

Looking forward, Good says he wants to continue to advance the national visibility and stature of the U, “while providing leadership to the nation for the challenging health and higher ed issues affecting all Americans.” 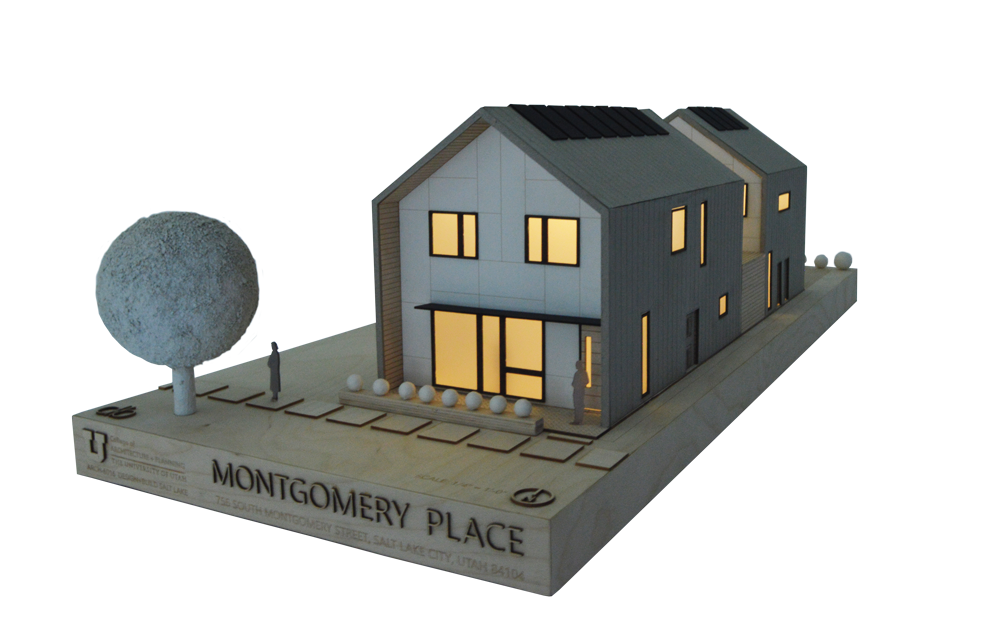 As part of their coursework, students have already completed the process of subdividing a city-owned piece of land— roughly 20,000 square feet—into three individual lots that will house 1,500-square-foot single family residences known as the “Montgomery Triplets.” Students are working to secure a building permit to begin construction next summer.

“Designing a building is one thing; transforming the design into a real and resilient building that is affordable is a very different challenge,” says Jörg Rügemer, director of the program and associate professor of architecture. “This program offers participants the opportunity to explore the consequences of their ideas in direct relation to the built environment, social equity, global climate change, and feasibility, where each step has to withstand the critical arguments of a real client.” 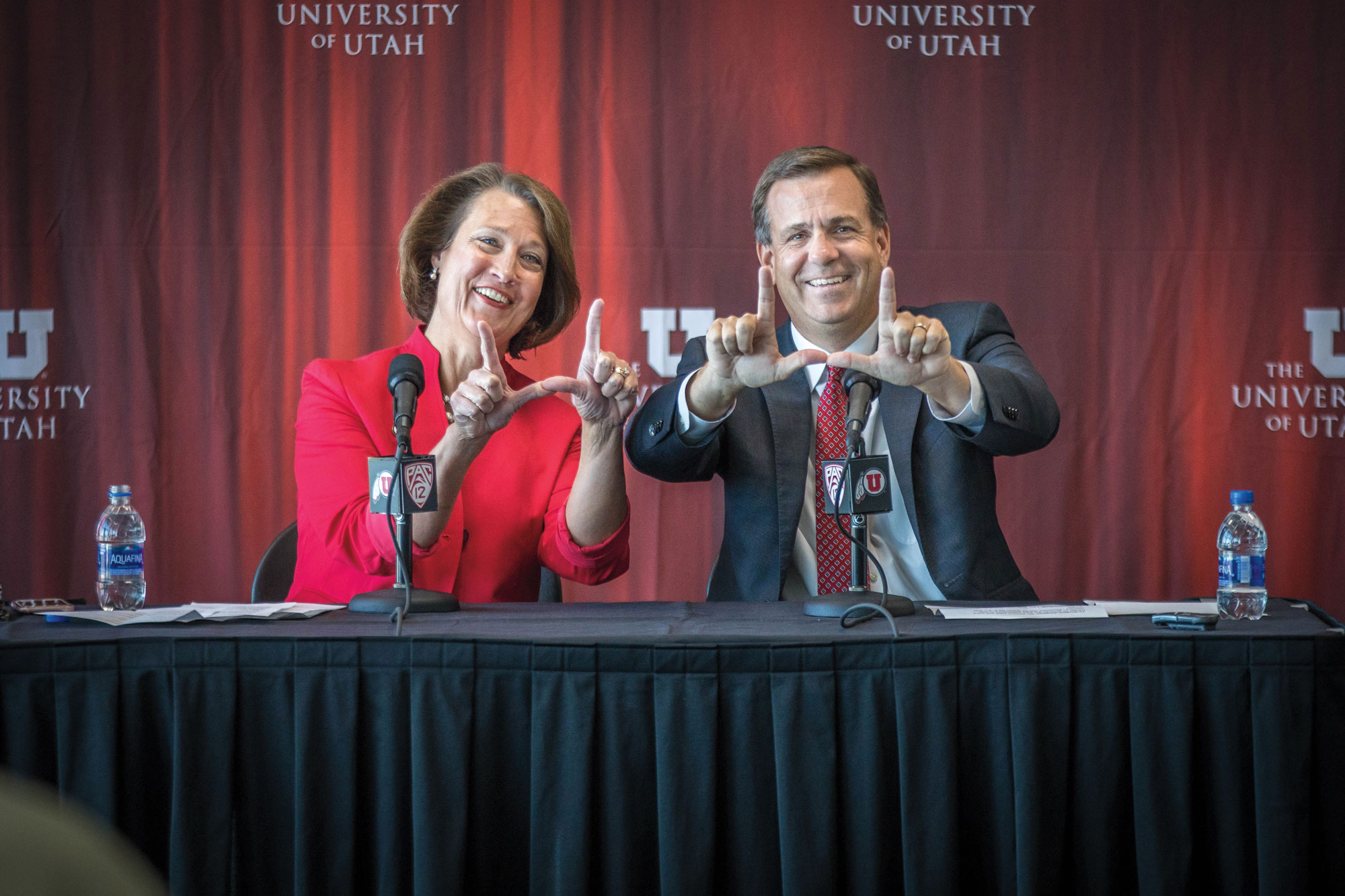 Mark Harlan’s expectations as the U’s new athletic director are simple. Win in the classroom. Win in the community. Win in competition. “Everybody, including myself, will be evaluated on the ‘Three Cs’ going forward,” Harlan said at his first U press conference. “I want everyone to know it’s as simple as that.”

Harlan joined the U in July after an impressive four-year run in the same role at the University of South Florida (USF). His appointment follows the retirement of longtime AD Chris Hill MEd’74 PhD’82.

“After an extensive national search, Mark emerged as our clear top choice,” U President Ruth V. Watkins said. “Mark has a breadth of experience in athletics and in fundraising, an open and collaborative leadership style, and a track record of success that will enable him to lead our athletics department to greater heights.”

Under Harlan’s leadership at USF, the Bulls won 12 American Athletic Conference championships, and they had nine sports programs ranked in the Top 25 during the 2017-18 academic year. The Bulls football program was one of 13 in the nation to win 20 or more games the past two seasons. Also, student-athletes achieved an 82 percent NCAA Graduation Success Rate in 2017, and the department increased donations by 300 percent last year.

At Utah, Harlan will oversee 20 varsity sports, a staff of nearly 200, and an $80 million budget. Among Harlan’s tasks will be planning and fundraising for a potential expansion of Rice-Eccles Stadium.

“I am humbled to follow in the footsteps of Chris Hill," Harlan said, “and to build on the strong foundation already in place.” 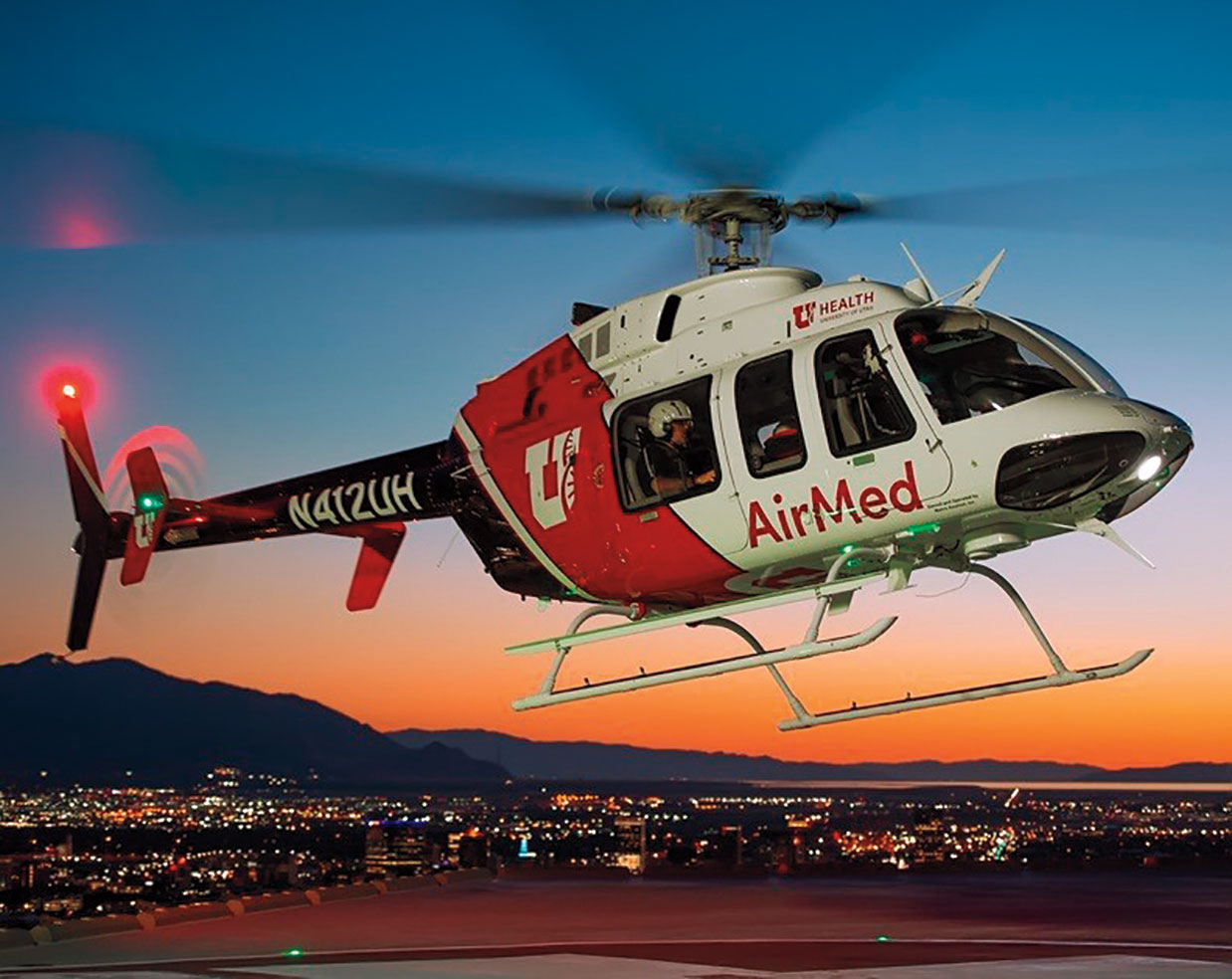 Since 1978, the U’s AirMed program has been in flight, transporting a total of more than 75,000 patients and flying more than 7 million miles. With helipad bases on campus and across Utah in Layton, Tooele, Park City, and Nephi, as well as in Rock Springs, Wyoming, AirMed serves one of the largest geographical areas of any medical flight program in the country. Its helicopters have a range of 160 miles, and its airplanes can go as far as 1,700 miles to pick up patients and bring them to the U hospital. 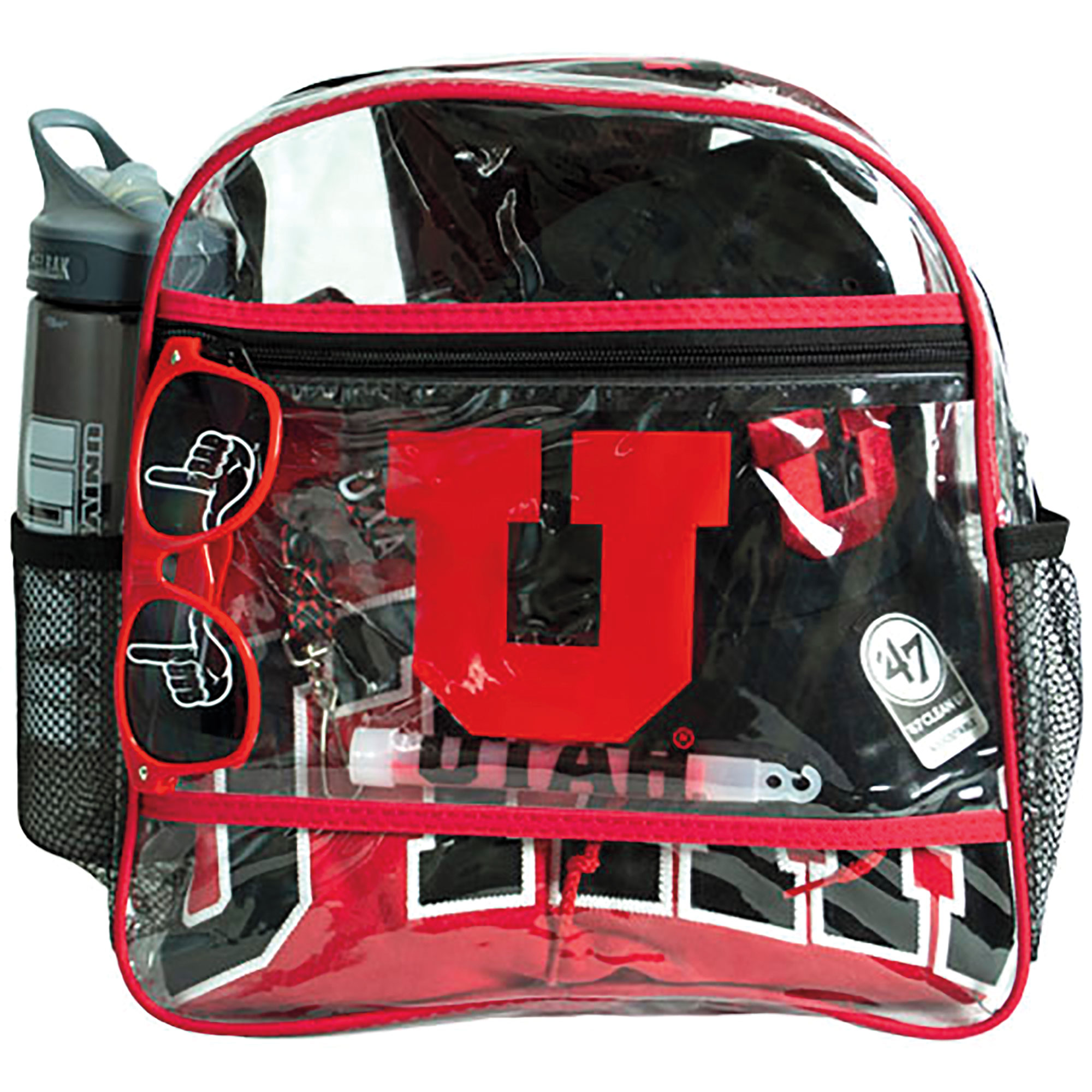 It’s time to be more transparent about what you’re bringing to U athletic events. The clear-bag policy is now being enforced at both Rice-Eccles Stadium and the Huntsman Center to enhance security inside and outside of the venues and to speed up the security screening process.

Fans may bring one clear bag no larger than 12" x 6" x 12" or a one-gallon plastic storage bag. Guests are limited to one clear bag per person, along with a small clutch or purse for privacy. 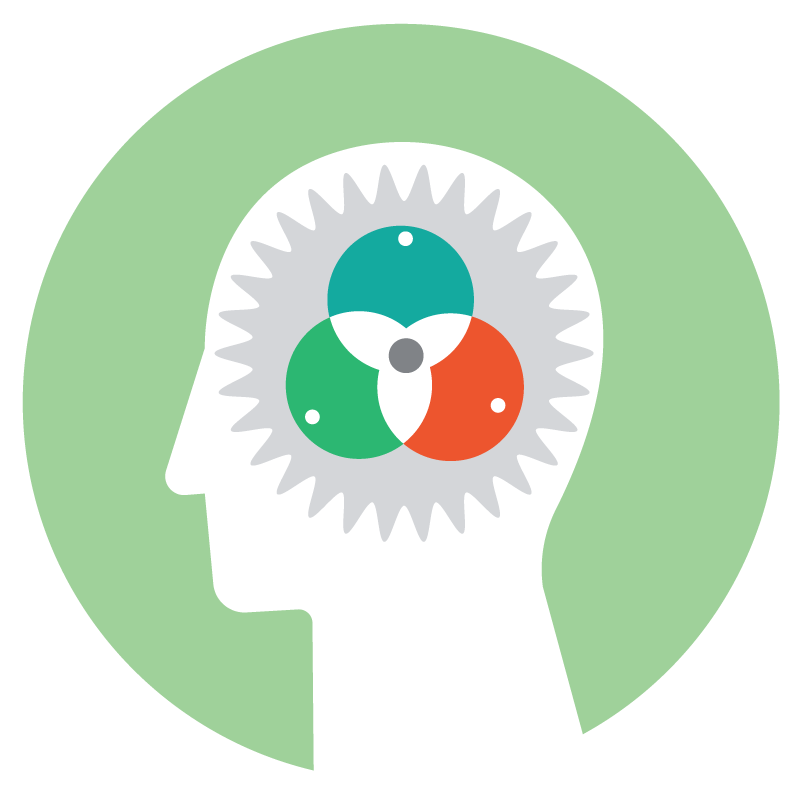 Utah businesses are pushing to hire people who are diverse as far as race, ethnicity, gender, age, and physical ability. But what about people who are neurologically diverse? They’re often an untapped pool of focused, creative thinkers who have a unique skill set and see the world— and problems—differently.

For the past year, the Utah Neurodiversity Workforce Program (UNWP) at the U has collaborated with students, faculty, and businesses to develop career pathways into STEM fields for students with differently abled minds, particularly those with autism spectrum disorder.

“People on the autism spectrum have high unemployment rates even though they don’t have cognitive impairments,” explains Cheryl Wright, professor of Family and Consumer Studies and co-founder of UNWP. “Just getting through a job interview can be a challenge. If they get past the interview and land a job, they may have a hard time keeping it.”

Funded by the Talent Ready Utah initiative, the UNWP works to enhance success of neurologically diverse students at the U through support services and awareness training for faculty and staff. The program also collaborates with businesses such as WorkFront, 3M, Innosys, and UTA to establish mentoring, internship, and apprenticeship opportunities. In its first year, UNWP placed 19 students with local businesses.

Utah Forges Ahead with Geothermal Energy 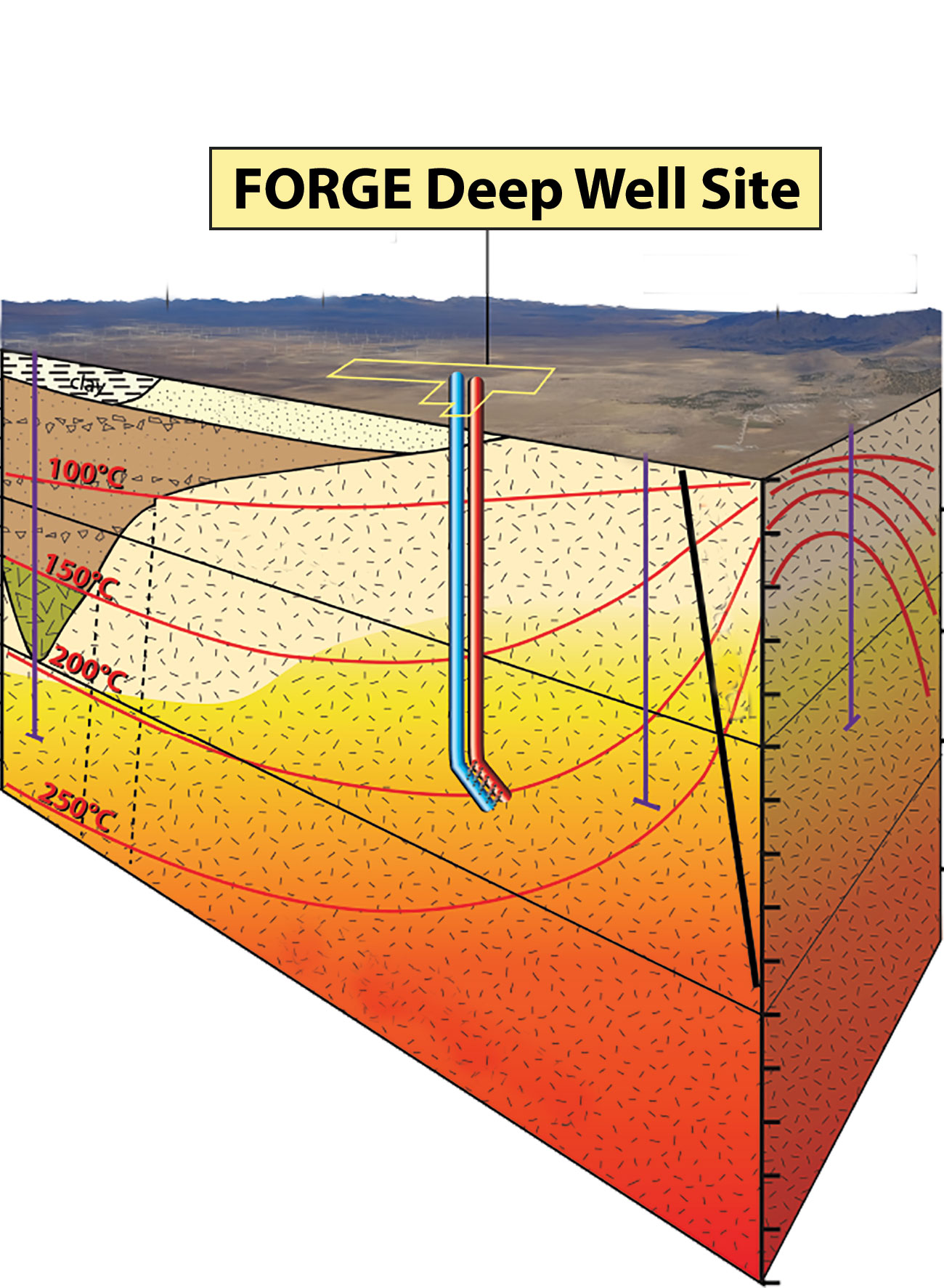 A research grant of $140 million has put Utah on the map as a global leader for geothermal energy research. Following a very competitive process, the U.S. Department of Energy has selected the U’s Energy and Geosciences Institute to develop a laboratory near Milford, Utah. The lab, called Frontier Observatory for Research in Geothermal Energy (FORGE) will focus on developing systems that could greatly expand the nation’s capacity to produce commercial geothermal energy.

The FORGE project involves drilling two 8,000-foot-long wells in an area north of Milford. Cold water will be pumped into one well and heated by the rocks as it circulates, then will be pumped out of a second well. After the heat is extracted at the surface, the cooled, circulated water will be cycled back into the first well. The laboratory will use nonpotable groundwater that cannot be used for agriculture or human consumption.

The U’s student recovery program has done something no other collegiate recovery program has accomplished—receive annual funding from a state legislature. The Recover @ the U leadership team and faculty advisor Jason Castillo, along with Utah Rep. Mark Wheatley, lobbied for and were awarded $100,000 in ongoing funds from the Utah State Legislature this past session. 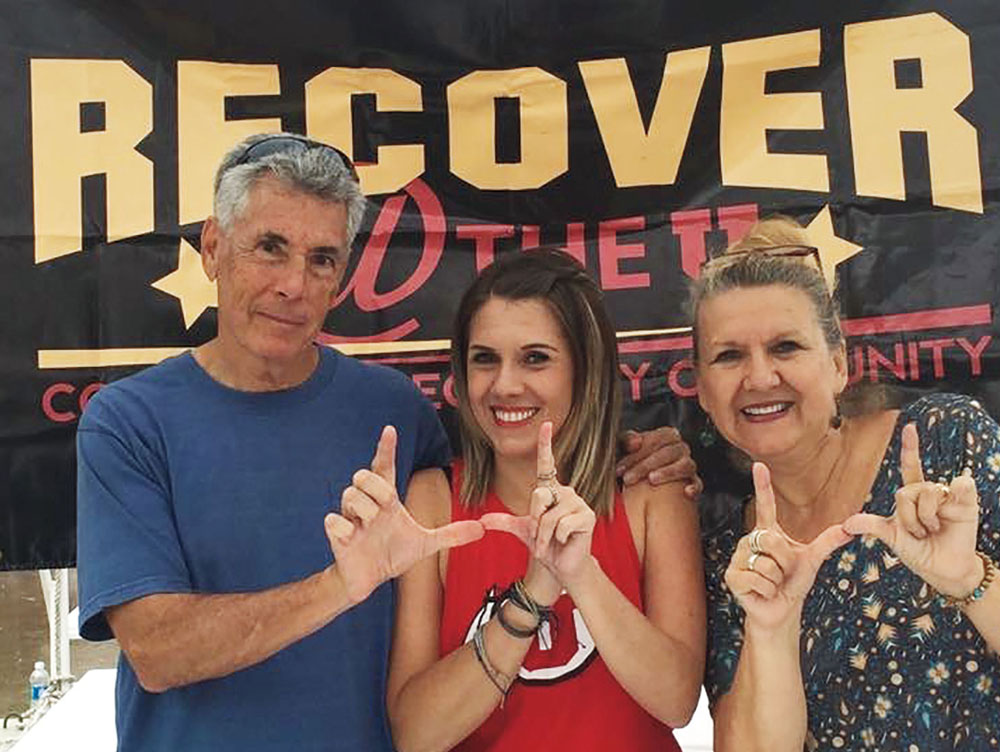 The program’s first priorities are to establish a drop-in center, invest in more training and development, and provide scholarships for students in recovery.

Recover @ the U was started by students, supported by the College of Social Work, in 2015. The community has since grown from a handful of students to more than 100 students and allies, filling a critical need on campus. A big part of their work is challenging the narratives that surround what it means to be a person in recovery. In addition to two to three weekly meetings, the students host sober tailgate parties and socials, present to student and faculty groups, host and lead education sessions at local treatment centers, and attend and present at conferences.

“They want the [recovery community] to know, ‘You can go to the University of Utah and there is an environment there that will lend itself to recovery,’ ” says Castillo. “We have a mission here at the U of not just educating students but providing an environment committed to the health and well-being of our students.”

It may look like a bookmobile, but it’s not lined with shelves and paperbacks. This bus has a different mission—to fight Type 2 diabetes in underserved Utah communities.

The Wellness Bus is part of the “Driving Out Diabetes: A Larry H. Miller Family Wellness Initiative,” announced last November and established by a $5.3 million gift from the Larry H. & Gail Miller Family Foundation. The initiative incorporates a novel approach to diabetes through prevention and outreach, clinical care, and research and training. The bus allows specialists to deliver screening services and health coaching. The most common form of diabetes, Type 2, can often be prevented if caught early enough.

The Wellness Bus is a diesel-powered, 40-foot custom designed RV that has two private counseling rooms, two screening stations, and a waiting/education area. In June, the bus hit the road and began serving the communities of Kearns, South Salt Lake, Midvale, and Glendale. 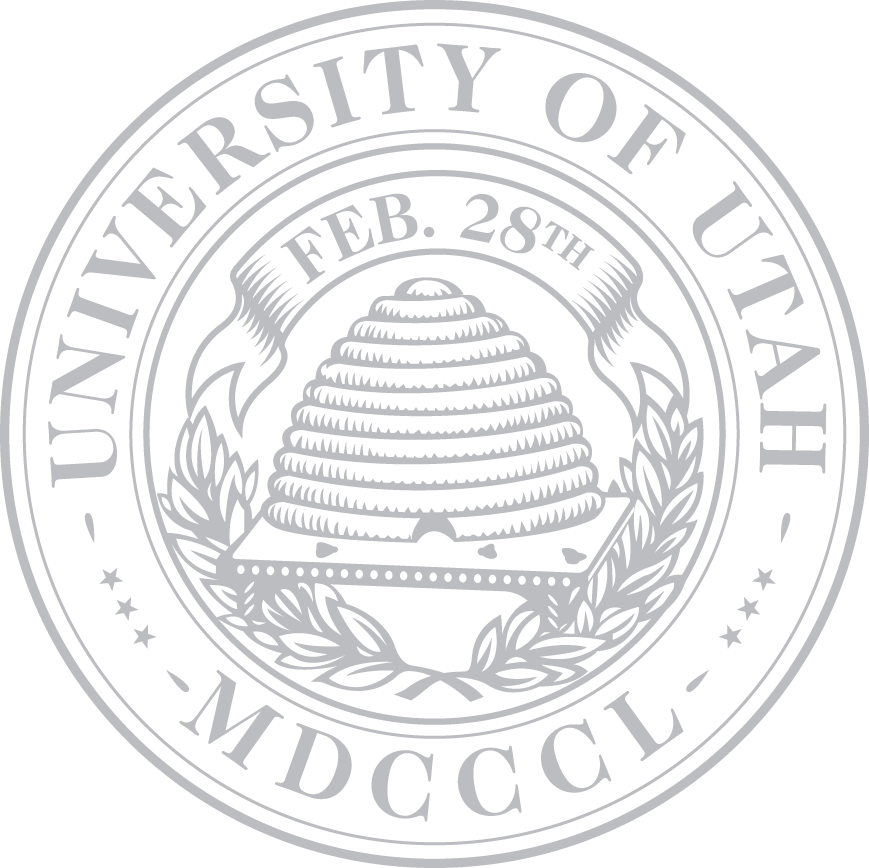 16th President of the University of Utah

For ticket info or to watch it live, visit president.utah.edu/inauguration