The University of Utah has educated dozens of “green grads” who have gone on to successful careers supporting environmental sustainability, both locally and nationally.

On the University of Utah’s campus, Office of Sustainability co-founder Alexandra Parvaz BA’06 BS’06 MS’11 is now the office’s campus gardens coordinator and serves as the driving force behind its rapidly expanding Edible Campus Gardens Project and an initiative to integrate the gardens into the campus curricula across the academic spectrum. 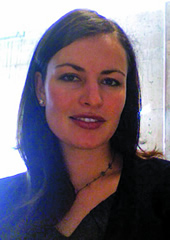 Fellow Office of Sustainability co-founder Lindsay Clark BA’07 BS’07 went farther afield with her green bent. She got her master’s degree at the University of British Columbia and is now the marketing and communications specialist with Canem Systems Ltd. in western Canada, helping promote its Centre for Building Performance and other sustainability initiatives. 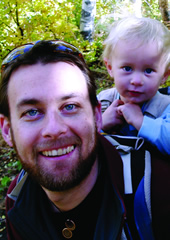 Other U graduates have found careers in sustainability elsewhere in Utah. Amanda Smith BS’89, the Utah Department of Environmental Quality’s executive director since 2009, was appointed in early 2011 to serve double duty as Governor Herbert’s energy adviser. She previously worked as government-relations director for The Nature Conservancy and then as legislative director for then-Governor Jon Huntsman, Jr. Carl Fisher BS’05 is the executive director of Save Our Canyons, a nonprofit organization “dedicated to protecting the beauty and wildness of the Wasatch canyons, mountains, and foothills.” Jason Berry BS’03 MPA’07 is currently the Residential Energy Efficiency Program manager for Rocky Mountain Power and is the former State Energy Program Manager for the State of Utah under the U.S. Geological Survey. 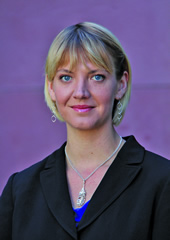 U graduates are also doing their part with the overflowing sustainability initiatives in the San Francisco Bay Area. Elise Brown BS’04, who as an undergrad helped Kevin Emerson lead the campaign for wind-power purchases at the U, went on to work as the Renewable Energy Coordinator for the Utah Department of Natural Resources. She is now the associate director of the California Geothermal Energy Collaborative at the University of California at Davis Energy Institute. Kit Powis BS’82 is the marketing director for the 511 Regional RideShare Program, the Bay Area branch of an interactive, on-demand system that helps people find carpools, vanpools, or bicycle partners. Clayton B. Cornell BS’05 currently manages online strategy at One Block Off the Grid, which organizes communities into solar “buying clubs” that use the aggregate buying power of a group to lower the cost of residential and commercial solar panel installations. 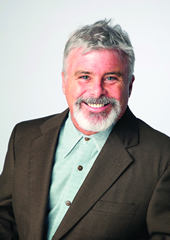 Ron Barness BS’81 led the effort to place what is expected to be the largest rooftop solar array in the United States, atop the Calvin L. Rampton Salt Palace Convention Center in Salt Lake City. Barness works in the western United States for CarbonFree Technology, a Toronto-based solar energy project development and finance company. The 1.651 megawatt Salt Palace array—the brainchild of Salt Lake County Mayor Peter Corroon—will be owned and operated in a joint venture of Salt Lake County and CarbonFree Technology. Through a 20-year power purchase agreement, the solar generation plant will sell power to the Salt Palace at a contracted rate that is expected to be a hedge against utility inflation. Barness was previously business development director in Utah for Bella Energy, a Denver-based solar energy company that is general contractor for the solar project. Construction on the array was completed in April, and it began generating power in late May. The solar energy system is expected to satisfy about 17 percent of the Salt Palace’s annual energy needs, for a projected overall savings to Salt Lake County of $2.4 million after 25 years. 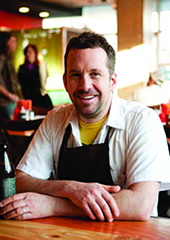 Alumni who are incorporating key aspects of sustainability into their work in restaurants and urban agriculture along Utah’s Wasatch Front include Ryan Lowder BS’98, chef/owner of both The Copper Onion and Plum Alley, and Scott Evans BS’02, owner of Pago, all of which emphasize using local, farm-fresh (and whenever possible, organic) produce and other products from local purveyors. Lowder studied at the Culinary Institute of America in New York and joined the kitchen of Restaurant Jean-Georges. He then fine-tuned his skills in Colombia, Spain, and back in New York before returning to his hometown of Salt Lake City and opening Copper Onion in early 2010. 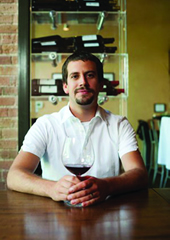 We know we have just barely scratched the surface of the sum of U grads out there doing innovative, significant work on sustainability issues. We encourage you to share your updates with us! 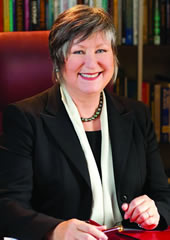 Ann Weaver Hart BS’70 MA’81 PhD’83 is the new president of the University of Arizona. Hart had been president of Temple University, in Philadelphia, since 2006. Her achievements at Temple included increasing undergraduate and graduate applications while raising the academic qualifications of incoming students, producing an institutional record number of Fulbright scholars, and improving the freshman retention rate and time to degree. Hart previously held positions as president of the University of New Hampshire from 2002 to 2006 and provost and vice president for academic affairs at Claremont Graduate University in Claremont, Calif., from 1993 to 1998. While at the University of Utah, Hart served as professor of educational leadership, dean of the Graduate School, and special assistant to the president. She was honored as a Distinguished Alumna in 2008. She currently serves as a member of the Association of Public and Land-Grant Universities Board of Directors and as a member of the association’s Commission on International Programs, which she previously chaired. She has been recognized for her achievements and service by organizations such as the Business and Professional Women’s Foundation and the University Council for Educational Administration.

Douglas G. Mortensen BS’74 JD’77 taught American tort law this past spring to 31 students at Masaryk University in Brno, Czech Republic. Mortensen, a civil trial lawyer who lives in Salt Lake City, taught American civil litigation, with emphasis on injury law. “Much of the tort law theory I taught came straight out of the torts class I took from Prof. Kristine Strachan at the U law school some 36 years ago,” he notes. For extra credit, some of the students gave reports on American movies dealing with issues of law and justice, including Erin Brockovich, To Kill a Mockingbird, and The Insider (dealing with 60 Minutes’ difficulties in covering a tobacco industry conspiracy). Mortensen says he and his students also discussed and dispelled widely held misperceptions about personal injury law and practice in the United States. “There now may be more people in the Czech Republic than in Utah who know the real facts of the McDonald’s hot coffee spill case,” Mortensen quips. 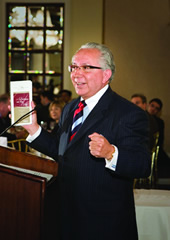 Mickey Ibarra MEd’80 (as well as an honorary doctorate) received the inaugural Medallion For Excellence in Government Relations and Public Affairs from the United States Hispanic Leadership Institute. The award will be named in honor of Ibarra and presented annually to an individual who has excelled in government relations and public affairs on behalf of the Latino community. After serving as assistant to the president and director of Intergovernmental Affairs at the White House from 1997 to 2001, Ibarra established the Ibarra Strategy Group, a government and public affairs firm based in Washington, D.C. In 2006, he founded the nonprofit Latino Leaders Network. He serves as a member of the Board of Directors for the Mexican American Legal Defense and Educational Fund, the Ibarra Foundation, and eLeaderTech, Inc. In 2007, Ibarra donated his White House and Salt Lake 2002 Olympic Winter Games papers to the University of Utah’s J. Willard Marriott Library. This spring, he gave the U’s Hinckley Institute Forum keynote address and was honored at a reception recognizing The Mickey Ibarra Papers.

Douglas L. Christiansen BS’88 MPA’93 PhD’93, Vanderbilt University’s vice provost for enrollment, dean of admissions, and assistant professor of public policy and higher education, is among three new national trustees elected to the College Board. Founded in 1900, the nonprofit College Board works to expand access to higher education. Christiansen’s term runs through October 2015. Prior to his appointment as trustee, Christiansen served on the College Board’s National Task Force on Admissions in the 21st Century, the Advanced Placement National Higher Education Advisory Council, the trustee-appointed Membership Committee, and the National Colloquium Planning Committee. He also led Vanderbilt as a pilot member in the College Board’s Access Success Initiative. Prior to coming to Vanderbilt in 2006, Christiansen was assistant vice president for enrollment management and dean of admissions at Purdue University in West Lafayette, Ind. He also served as associate director of student recruitment and high school services at the University
of Utah. LM

Bryan Jones BS’95 PhD’03, a neuroscientist at the University of Utah’s Moran Eye Center, recently won the National Science Foundation’s International Visualization Challenge. His first-place submission isolated the different types of cells—from muscles to the retina—in an eye and assigned a unique color to each different type of cell, merging information with beauty. Jones is research assistant professor of Ophthalmology & Visual Sciences with the U’s School of Medicine, adjunct research assistant professor in its Department of Physiology, and joined the research faculty of the Moran Eye Center in 2006. His image, which to many resembles a piece of candy, is actually a metabolic look at the wide diversity of cells in a mouse eye—in all, 70 different types of cells, from muscles to retina, each colored a unique shade. To map out the tissues, Jones used a technique called computational molecular phenotyping. This approach, pioneered by Robert Marc, also at Moran Eye Center, takes advantage of the unique array of molecules in all cells in a tissue. 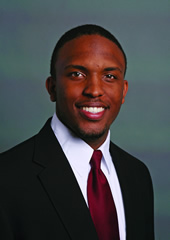 Brian Johnson BS’08, the University of Utah’s quarterbacks coach for the past two years, has been elevated to offensive coordinator, following a national search. “Brian is a leader and a special coaching talent, just as he was a special player, and he is the right person to lead our offense,” says head coach Kyle Whittingham, who himself in 1995 became Utah’s defensive coordinator after just one year as an assistant coach. Johnson, the winningest quarterback in Utah history during his career (he was 26-7 as the starter in 2005, 2007, and 2008) and the MVP of the 2009 Sugar Bowl, will continue to coach the quarterbacks in his new position.