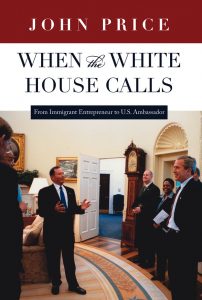 The memoir recounts his life story, beginning with his birth in Germany through his years as a successful builder and real estate developer with business interests in broadcasting, manufacturing, distribution, and banking. The book goes on to recount his life as a diplomat, serving as U.S. ambassador to three Indian Ocean island nations off the east coast of Africa, and his thoughts on the future of sub-Saharan Africa, where he has spent considerable time, both prior to and since his ambassadorship. In a world concerned with the global war on terror, Price reflects on the nations where he served and on the region’s increasing strategic importance to the national security of the United States.

Price currently lives in Salt Lake City with his wife, Marcia. They have three children and eight grandchildren. The Prices are the namesake donors of the University of Utah’s Marcia & John Price Museum Building, home of the Utah Museum of Fine Arts. In 1996, the Prices pledged a gift of $7 million for the new museum, then the largest single gift ever given to a cultural organization in the state. Even before it opened, the Price Museum Building won numerous honors, including awards for excellence in design from the Boston Society of Architects and the New England Chapter of the American Institute of Architects.

Learn more about John Price at his Web site, www.ambassadorjohnprice.com.

Clayton J. Parr BS’60 MS’65 JD’68 has received the Clyde O. Martz Teaching Award. Established in 1993 by the Rocky Mountain Mineral Law Foundation’s Board of Trustees to honor excellence in the teaching of natural resources law, the award is given only when merited. Parr joined the law firm of Parr Brown Gee & Loveless in 1976. He first taught at the University of Utah in 1977-78 when he served as a visiting associate professor to teach legal writing and research. From 1994 to 2009, he regularly taught the mining law class as an adjunct professor. He also served for 20 years as professional advisor to the Utah Law Review and participated for many years as a member of the law school’s alumni board, including a term as chair.

Frank C. Overfelt BA’69 MBA’70 (who served as University of Utah student body president 1969-70) recently received the Excellence in Management Engineering/Process Improvement Award from the worldwide Healthcare Information Management Systems Society (HIMSS). Overfelt has been a healthcare consultant with Kaiser Permanente, Intermountain Healthcare, and KPMG Peat Marwick and principal of his own consulting practice for 33 years. A former national vice president and board member of HIMSS, he has served more than 100 hospitals in 25 states, the District of Columbia, and two foreign countries.

Ross C. “Rocky” Anderson BS’73 (J.D., George Washington University), former mayor of Salt Lake City, has launched a new national political party, the Justice Party, and is its U.S. presidential nominee. Anderson, one of Utah’s most liberal politicians and now executive director of High Road for Human Rights, first threw out the idea of a new political party last summer, when he renounced his affiliation with the Democratic Party. Anderson says he wants the new party to bring about the shift in American politics that he says citizens desire. In a KSL Radio interview in November, he said, “I just hope we can be involved in the debate, because if we don’t, we’re just going to be hearing a bunch of sound bites from people who between their two parties have colluded in so many ways in serving the interests of their campaign contributors, the wealthy and the powerful.” Anderson said that government has driven up the deficit while cutting taxes for those most capable of paying them, and that leaders have failed to provide affordable, essential health care for all Americans. 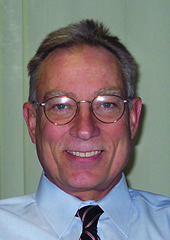 Daniel L. Orr II MS’79, DDS, Ph.D., J.D., M.D., received the 2011 Daniel M. Laskin Award for an Outstanding Predoctoral Educator from the American Association of Oral and Maxillofacial Surgeons. In 2007, after 28 years in a successful Las Vegas oral and maxillofacial surgery (OMS) practice, Orr embarked on a career in academe at the University of Nevada Las Vegas School of Dental Medicine, where he currently serves as professor and director of oral and maxillofacial surgery and advanced pain control. Orr is also a clinical professor of surgery and anesthesiology at the University of Nevada School of Medicine and chief of oral and maxillofacial surgery at University Medical Center. He is the postmortem coordinator for the U.S. Public Health Service National Disaster Medical System for Nevada, chair of the Anesthesia Committee of the Nevada State Society of OMS (of which he is also a past president), and the editor of the Nevada Dental Association journal. He also serves on the editorial boards of the Journal of Oral and Maxillofacial Surgery and the Journal of Dental Education. 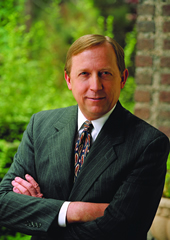 The award is given annually to an individual who has made outstanding contributions in the area of operations and has established a culture of continuous improvement within his or her respective organization.

In November, James was also named by Modern Healthcare among its “Top 25 Clinical Informaticists.” The magazine’s new awards and honors program recognizes medical professionals who excel at using patient-care data to improve both the clinical and financial performance of their healthcare organizations.

James is recognized among the most influential leaders in healthcare nationally and has often given testimony before congressional committees. As the leader of Intermountain’s Institute for Healthcare Delivery Research, which offers advanced training program courses for healthcare executives, James has instructed more than 5,500 healthcare leaders from throughout the world in his courses in Salt Lake City. An additional 7,500 people have been trained at one of James’ 50 sister training programs in the U.S at places such as the University of Texas’ MD Anderson Cancer Center and California-based Sutter Health, and at locations internationally.

Raised on a ranch in Idaho, educated in Utah, and trained and established as a surgeon in Boston, James returned to Utah from Harvard University and joined Intermountain Healthcare in 1986.

Robert E. Mansfield HBA’88 JD’92, a partner in the Salt Lake City office of Snell & Wilmer, LLP, has been named the Republic of Korea’s Honorary Consul for the State of Utah. The appointment comes after a lengthy, multi-year process of being approved for his new role by the Consul General of Korea in San Francisco, the Korean Embassy in Washington, D.C., and ultimately, the U.S. State Department. Mansfield’s earliest experience with Korea was his military assignment in the early 1980s with the Combined Field Army unit in Ui Jong Bu. In his new role, he will work closely with Utah’s Korean community in pursuing their organizational agenda. Mansfield’s practice at Snell & Wilmer is focused on complex commercial litigation, real estate litigation, employment litigation, intellectual property litigation, and eminent domain law. AM

Ronald L. Weiss MBA’89, M.D., FCAP, has received a Lifetime Achievement Award from the College of American Pathologists. According to the college, the award honors members “who have made a broad and positive impact on patient care through the specialty of pathology.” Weiss is a professor of pathology at the University of Utah’s School of Medicine and currently serves as a staff hematopathologist at ARUP Laboratories, where he has previously served in management positions including president/chief operating officer and chief medical officer/director of laboratories. Weiss received his medical doctorate from the Creighton University School of Medicine. He trained in anatomic and clinical pathology and completed a fellowship in medical microbiology at the University of Utah before joining the Department of Pathology faculty in 1986. LM 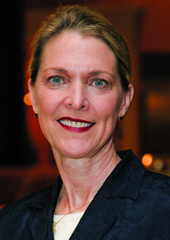 Deborah (Mohr Pincolini) DeBernard MAr’96, AIA, NCARB, LEED AP BD+C, has been named senior vice president and director of acquisitions for Dewberry, a privately held professional services firm headquartered in Fairfax, Va. With more than 25 years of architectural experience in small, medium, and large firms, DeBernard’s skills include design, construction, project management, team development, operations, leadership, and strategic planning. In her most recent role at Leo A Daly, she was responsible for leading an acquisition team including transition and integration planning. In addition to a master’s in architecture from the U, she holds a bachelor’s in environmental planning from the University of California at Santa Cruz. She is a registered architect in Virginia and Arizona and is a member of the American Institute of Architects, the U.S. Green Building Council, and the National Council for Architectural Registration Board.

Claudette A. Larsen BS’00 (formerly Claudette Everett), who turned 77 in December, continues to work full time in special education/special needs at elementary schools in the St. George, Utah, area. A former longtime resident of Bountiful, Utah, who worked as an executive secretary in distance education at the University of Utah, Larsen raised six children, putting her own education on hold until she reached an age when most people start thinking about retirement. She received her bachelor’s degree in psychology from the U at age 65. After retiring, Larsen moved to Ivins (west of St. George) in 2001. The following year, she began working as a special ed/special needs aide at Red Mountain Elementary School in Ivins before moving in 2009 to Vista Charter School, where she continues. In 2010, Larsen became the oldest graduate in Utah from the University of Phoenix when she received her master’s degree in mental health counseling. She says she enjoyed the process so much she is considering pursuing a doctorate. “There’s so much to learn and so much to do,” Larsen says. “No one needs to slow down just because they hit some number on a calendar.” 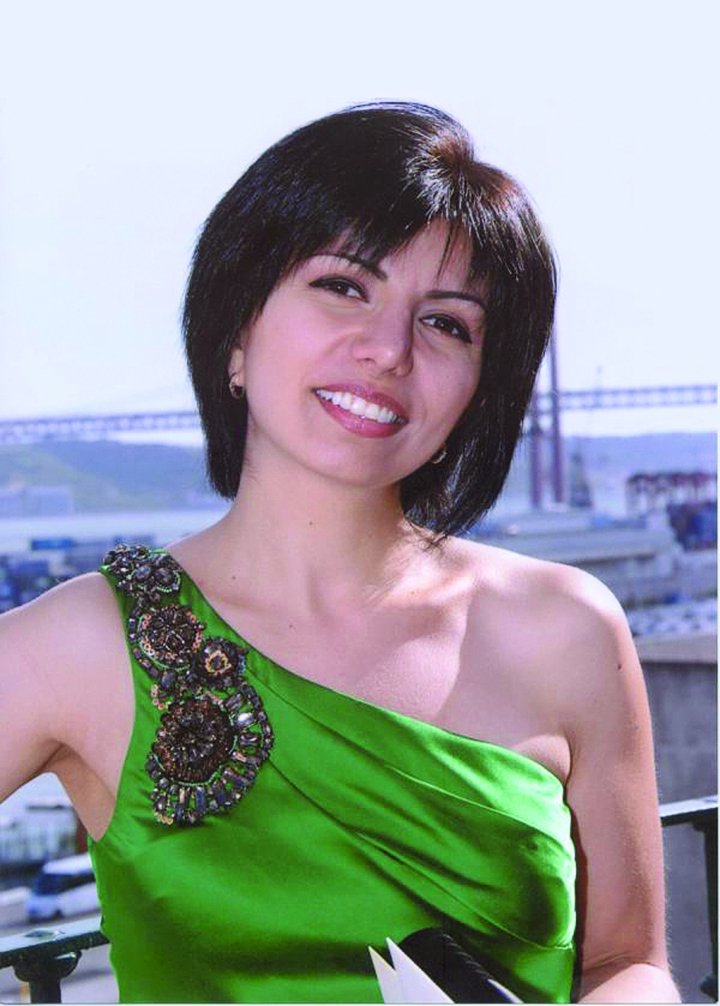 Gohar Stepanyan MBA’04 recently joined the IÉSEG School of Management Lille–Paris (France) as an assistant professor of finance. She had previously been living in Lisbon, Portugal, where she was an assistant professor of international finance at the Catholic University of Portugal. A native of Armenia, Stepanyan received an undergraduate degree from the Yerevan Institute of Architecture and Construction, Armenia, in 1998 before coming to the University of Utah to attend the David Eccles School of Business, where she received her master’s degree. She went on to receive a doctorate in management (finance) from the Krannert School of Management at Purdue University in 2009. In her home country, Stepanyan worked for the Ministry of Finance and Economy, in the private sector, and in a nonprofit international organization. As president of the University of Utah’s European Alumni Association, Stepanyan coordinated and planned the 2011 European reunion for U alumni.