U alum Tim DeChristopher is the subject of an award-winning documentary film.

The story of monkey-wrencher Tim DeChristopher BS’09 has come to the big screen in the feature-length documentary film Bidder 70.

DeChristopher entered the national spotlight when, as a University of Utah student in 2008, he found himself holding a bidding paddle at a widely disputed federal auction of Utah land. The George W. Bush administration had put thousands of acres of pristine wilderness on the block for oil and natural gas drilling, and DeChristopher was attending the auction intending simply to protest. But literally handed the chance to do more, he began bidding—and winning bids, with no intention to drill—which subverted the process. Incoming Interior Secretary Ken Salazar eventually invalidated the entire auction and protected more than 100,000 acres of land. Nonetheless, DeChristopher’s act of civil disobedience landed him in court, and he was sent to federal prison.

But DeChristopher became an instant environmental activism star and co-founded the Salt Lake City-based “climate justice” organization Peaceful Uprising, which describes its work as “at the intersection between environmental degradation and human rights.” The group held the first national screening of Bidder 70 this year on April 22, the day after DeChristopher finished his prison sentence and, fittingly, Earth Day. 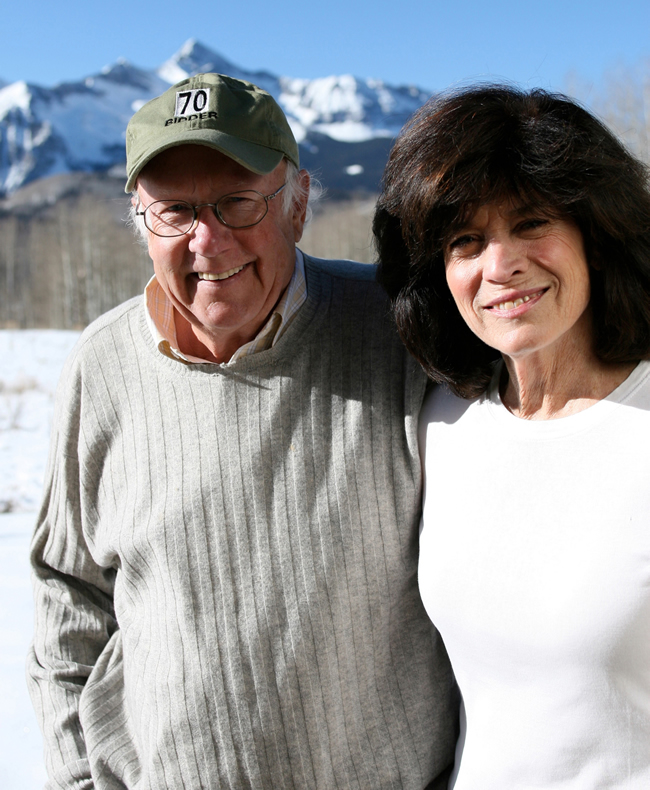 Bidder 70 has now been recognized with 15 major film festival awards. Filmmakers Beth and George Gage have previously produced documentaries including American Outrage, about two Western Shoshone sisters fighting the U.S. government, and Fire on the Mountain, a profile of a World War II Army unit made up of winter-sports enthusiasts. The latter played at the 1996 Sundance Film Festival, where it became a personal favorite of Robert Redford. The actor-activist makes an appearance in Bidder 70, as does writer and environmentalist Terry Tempest Williams BS’79 MS’84. Following filming, the Gages gave Redford a baseball cap with “Bidder 70” embroidered on it, and Redford wore the hat in his latest movie, The Company You Keep, in which he plays a Weather Underground member who uses the cap as a disguise when hiding from the police.

The Gages note, “Tim DeChristopher is a young man with a message that needs to be heard. Climate change is upon us, and there is nothing more important to work for than a livable future.”

DeChristopher is now considering becoming a minister in the First Unitarian Church, of which he is a member, and plans to attend Harvard Divinity School starting this fall. “I see divinity school and ultimately the ministry as an extension of my previous activism, not a new direction,” he told The Salt Lake Tribune. “I’m continuing on the path I’ve been on, just stepping my game up.”

Spencer F. Eccles BS’56 was recognized with a Lifetime Achievement Award at the 2013 Governor’s State of Sports Awards, organized by the Utah Sports Association. Eccles for decades has been a generous and significant donor to athletics efforts at the University of Utah and throughout the state, from youth sports to the Olympics. He was also an award-winning athlete in his youth. He skied competitively for 13 years, becoming a four-year letterman at the U, an All-American, and a member of the 1958 U.S. world championship team. After college, he spent four decades in banking, including nearly 20 years as chairman and chief executive officer of First Security Bank, before its 2000 merger with Wells Fargo. He remains chairman emeritus of Wells Fargo’s Intermountain banking region. LM

Bryan J. McEntire BS’78 MBA’82 has been named a Fellow in The American Ceramic Society, in recognition of his notable contributions to ceramic science and technology. McEntire holds one patent and three pending applications and is author or co-author of more than 30 technical papers on processing and characterization of ceramics for heat-engines, industrial applications, and medical devices. Presently chief technology officer at Amedica Corporation in Salt Lake City, his current interests involve the development and manufacturing of ceramics for orthopedic applications. Between 1986 and 1995, McEntire served as a shortcourse lecturer on “Forming of Ceramics” for the National Institute of Ceramic Engineers. He spent nearly a decade with Ceramatec and also worked with Norton/TRW Ceramics, the Advanced Ceramics Division of Saint-Gobain Corporation, and Applied Materials Corporation. He previously served as a member of Applied Materials’ Technical Review Board.

David Marcey PhD’85, a biology professor at California Lutheran University, has been named a Vision and Change Leadership Fellow and is spending a year helping identify ways to improve undergraduate life sciences education as part of the new Partnership for Undergraduate Life Sciences, a joint initiative of the National Science Foundation, the National Institutes of Health, and the Howard Hughes Medical Institute. Marcey recently began teaching courses in which students watch lectures online and spend in-person class time collaborating on problembased activities. He pioneered the use of web-based tutorials in macromolecular structure, putting together a website of interactive tutorials that are used throughout the world. His tutorials, often co-authored with students, have also accompanied several prominent textbooks. Marcey co-edited the 2008 book Integrated Science–New Approaches to Education: A Virtual Roundtable and has served on the editorial board of Project MERLOT, an online peer-reviewed journal of digital learning tools.

Jason Thatcher BA’94 BA’99, associate professor of information systems in Clemson University’s Department of Management, has been named to the “Circle of Compadres” by the Information Systems Doctoral Student Association of The PhD Project, an award-winning program to create a more diverse corporate America. The “Circle of Compadres” recognizes faculty members who promote and inspire African American, Hispanic American, and Native American students as they pursue degrees and take positions in academe. Those chosen are outstanding mentors to doctoral students in information systems and related science, technology, engineering, and math disciplines. Since joining Clemson in 2002, Thatcher has mentored students through efforts such as sponsoring the Association for Information Systems student group and one-on-one interaction with students through Clemson’s Eureka and Creative Inquiry programs. Thatcher holds a master’s of public administration degree from the Askew School of Public Administration and Policy and a doctorate in business administration from Florida State University.

Dheeraj “Big D” Gadicherla MEn’08 quit his job with IBM India in 2012 and embarked on a motorcycle ride across India from the lowest plains to the world’s highest motorable road, through the Khardung Pass. “It was an absolute back crusher of a ride, traversing roads, no roads, mountains, rivers—you name it, I rode on it,” says Gadicherla. At the U, he was involved in many campus programs, including the Associated Students of the University of Utah. After graduation, he took up safety and ergonomics consulting and moved first to Philadelphia and then New York before moving back to India to be near family, taking a position with IBM India as a program manager for safety operations. “Three years into the job,” he says, “I had the opportunity to sail a boat on the river Ganges, when I realized there are better things in life.” He quit his job and set off for more adventures, including learning to paraglide, backpacking, and exploring the world by motorcycle (garnering corporate sponsors here and there). Gadicherla also pursues his art and works part time as a research consultant for an engineering school. See pictures of Gadicherla’s motorcycle journey through India, Ganges trip, and more here. View a gallery of his art here.

Vishal Gupta PhD’11 received the 2012 Outstanding Young Scientist Award from the Industrial Minerals & Aggregates Division of the Society for Mining, Metallurgy, and Exploration. The award recognizes members of the society who have an outstanding reputation for professionalism and accomplishments and have significantly contributed to the workings of the society and this division. A research engineer with FLSmidth, Gupta also won the company’s 2012 Business Idea Competition and was selected as one of the Society for Mining, Metallurgy, and Exploration’s 2012-13 Henry Krumb Lecturers. In addition to a doctorate in metallurgical engineering from the U, Gupta holds a master’s degree from Southern Illinois University and a bachelor of technology with honors degree from Indian School of Mines. Gupta has received one patent and published 12 journal articles, one book, and one book chapter. He has presented work in many national and international technical conferences, and since joining FLSmidth in 2010, has put forward three invention disclosures in the area of mineral beneficiation and solvent extraction.

Chelsea Sloan BS’12, co-founder of the retail clothing franchise Uptown Cheapskate, was awarded first place in the 2012 Global Student Entrepreneur Awards, garnering $150,000 in cash and in-kind business services from the Entrepreneurs’ Organization to help build her business. Sloan was selected for the award from nearly 2,000 student applicants from around the world. She is the competition’s first female winner since the awards began. Chelsea and her brother, Scott Sloan BS’06, co-founded Uptown Cheapskate in 2009 while Chelsea was still a student. Their parents are the founders of the children’s resale franchise Kid to Kid, and the two young entrepreneurs set out to create a similar concept for their own demographic. Their store buys, sells, and trades new and gently used designer and fashion-forward clothing and accessories for men and women (primarily between the ages of 16 and 35). Since 2009, the siblings have opened more than 25 Uptown Cheapskate franchise stores in 14 states, with plans to develop more. 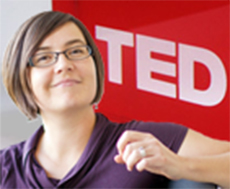 Miriah Meyer PhD’08, a USTAR assistant professor in the University of Utah’s School of Computing, has been named a 2013 TED Fellow, recognizing her efforts in interactive visualization systems that help scientists make sense of complex data. Meyer received her bachelor’s degree in astronomy and astrophysics at Penn State University before heading to the U for her doctorate. Prior to joining the U faculty, she was a postdoctoral research fellow at Harvard University and a visiting scientist at the Broad Institute of the Massachusetts Institute of Technology and Harvard. She was awarded a Microsoft Research Faculty Fellowship in 2012 and has been included in Fast Company’s list of the 100 most creative people. “I’m really looking forward to participating in the TED Fellows program, in large part because it will give me an opportunity to spread the word about the amazing research going on in the School of Computing, the SCI Institute, and the College of Engineering,” Meyer says. “The TED vision seems very much in line with our focus on tackling challenging and important problems that matter for our quality of life today, as well as in the future.”

TED is a nonprofit group devoted to “Ideas Worth Spreading.” It started in 1984 as a conference bringing together people from three fields: technology, entertainment, and design.