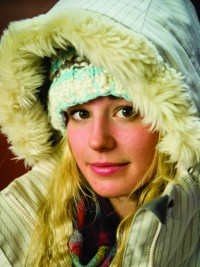 When Caroline Gleich schusses down backcountry mountains at Snowbird, Utah, or Hokkaido, Japan, or Chamonix, France— blonde braids flying, wearing one of her signature handmade crocheted hats— watch out! The young woman known as a badass ski mountaineer is on the loose. Star of Warren Miller ski films, sponsored athlete, and product tester for outdoor brands such as Patagonia and Clif Bar, Gleich skis with fearlessness and joy off sheer precipices and down vertical shafts. (One of her favorites is Snowbird’s Pipeline Chute.)

Gleich BS’10 always knew she wanted to be a professional athlete, and when she got into ski mountaineering in 2004 at age 18, she knew she had found her groove. She told her parents of her decision, and they promptly hired Kristen Ulmer BS’97 as a mentor. A therapist known for her ski camps focusing on mindset and her versatile work with individuals, Ulmer taught Gleich how to work with companies and photographers, acted as a life coach, and worked with her on the essentials of business, including how to approach sponsors. She also taught Gleich to take professional skiing seriously and to treat it as a career.

That same year, Gleich did one of her first photo shoots—for Delta Sky magazine at Utah’s Solitude Ski Area—and she has been in high demand ever since. She has been featured on the covers of Powder and Ski magazines (three times for the latter) and profiled in those and other publications, including Skiing, Ski Journal, Fitness, Men’s Journal, and Outside. She also has appeared in ads for Utah’s Snowbird, Alta, Solitude, Brighton, and Deer Valley ski resorts, and for Leki outdoor accessories. This year, Gleich is sponsored by Big Agnes, Clif Bar, Elemental Herbs, Goal Zero, Jaybird, Leki, Nordica skis, Patagonia, and Zeal Optics, among other companies. 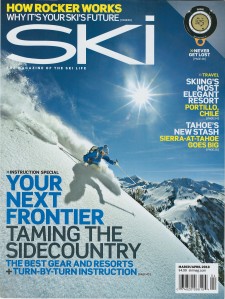 Gleich was born in Rochester, Minnesota, and her mother started her on the slopes when she was just 18 months old. Her family traveled to Utah in winters to ski and in summers to camp and hike. When Caroline was 15, they moved to Salt Lake City and have called it home ever since. That same year, her half-brother Martin died in an avalanche while climbing Storm Mountain in Utah’s Big Cottonwood Canyon. Heartbroken and newly cautious, Gleich refocused her training on safety and making conservative choices for herself. She worked with partners who believed in her, and most of all, learned to believe in herself. “Every day that I go into the backcountry, I feel like I have to overcome fear and test my courage,” says Gleich. “I analyze group dynamics and decisions much more critically than many of my partners because I’m acutely aware of the consequences of bad decision making.”

Whether she’s blogging about her steep ice technique, chasing frozen waterfalls, or showing off her latest “powder beard,” Gleich’s website at www.carolinegleich.com offers a great way to keep up with her adventures.

Saluting a Life in Flight 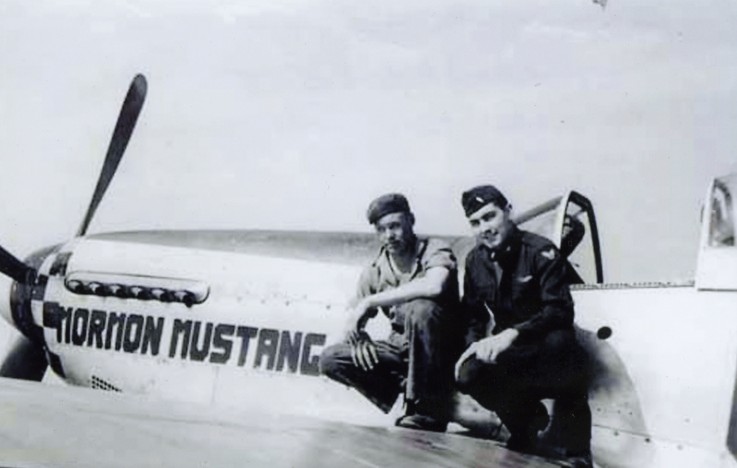 Roland R. Wright BS’48 JD’58 was honored at a ceremony this past November when the Utah Air National Guard Base was renamed for him. Wright, a retired U.S. Air Force brigadier general, was a combat pilot with a distinguished military career that spanned more than three decades.

During World War II, Wright flew 200 combat hours in a P-51 Mustang with the 357th Fighter Group and is credited with destroying three enemy aircraft in aerial combat, one “kill” short of the “ace” designation. After his active duty service, Wright was one of the first pilots to enlist in the 191st Fighter Squadron when the Utah Air National Guard was created in 1946. “He was an aviation pioneer here in Utah, providing tremendous leadership in the Utah Air National Guard for decades,” said Major General Jefferson Burton, the Utah Air National Guard’s adjutant general, in announcing the renaming of the base for Wright. 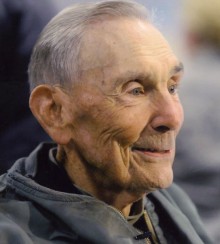 A command pilot in multiple aircraft, Wright logged 7,800 flying hours during his military career, approximately 4,000 of which were in various types of fighter aircraft. As an Air Guard member, he served as a fighter-aircraft flight lead, squadron operations officer, squadron commander, and group commander, including missions to Vietnam during the war there. He also served as the Utah Guard’s first chief of staff for air from 1969 to 1976. In 1972, he was appointed to the U.S. Air Force Reserves Policy Committee. Wright retired from the Utah Air National Guard in 1976. In his civilian life, Wright received a bachelor’s degree in social and behavioral science and a juris doctorate, both from the University of Utah. He practiced law until 1991 in Salt Lake City, where he and his family currently reside. 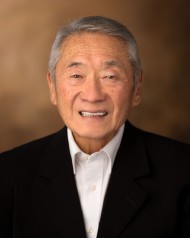 Raymond S. Uno BS’55 JD’58 MSW’63, a retired judge and longtime Utah civic leader, was named a 2014 recipient of a Japan Imperial Decoration: the Order of the Rising Sun, Gold Rays with Rosette. The announcement was made by the consulate-general of Japan in Denver. The conferment of this decoration, awarded by the emperor of Japan to individuals worldwide, recognizes lifetime achievement and a commitment to excellence, including significant positive contributions to mutual understanding and friendship between the United States and Japan. Uno helped lead efforts toward an official public apology and redress for Japanese American citizens who had been detained in internment camps during the 1940s. His family members were among those interned. He also served in the U.S. Army from 1949 to 1952 and was stationed in Japan as part of a military counterintelligence unit. In Utah, he has been recognized with several lifetime achievement awards, including being named in 1974 as the Japanese American of the Biennium by the Japanese American Citizens League. During his professional career, Uno was a social worker, private practice attorney, deputy attorney, and assistant Utah attorney general. He served as a Salt Lake City Court judge, state circuit court judge, and 3rd District Court judge in Utah. He received four degrees from the University: a bachelor’s in political science, a bachelor’s of laws, a master’s in social work, and a juris doctorate. 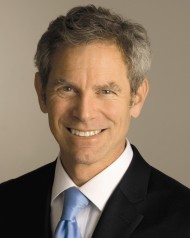 Ralph Becker JD’77 MS’82, mayor of Salt Lake City since 2009, has been named president of the National League of Cities for 2015. The league is the nation’s largest and most representative membership and advocacy organization for city officials. Becker served as Utah’s state planning coordinator under Governor Scott Matheson and then established Bear West, a consulting firm specializing in community planning, environmental assessment, public lands use, and public involvement. Elected to the Utah State Legislature in 1996, Becker was a member of the House of Representatives for 11 years, including five years as House Minority Leader. As mayor of Salt Lake City since 2008, he has expanded transportation options in the city, focusing on public transit, trails, and bikeways. He also has championed the state’s first municipal protections in the areas of employment and housing for the city’s lesbian, gay, bisexual, and transgender community, and he has strived to make city government more transparent. In addition to his degrees from the U—a master’s degree in geography and planning as well as a juris doctorate—Becker received a bachelor’s degree in American civilization from the University of Pennsylvania. 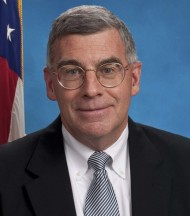 David Schwendiman HBA’74 JD’76, a former Utah federal prosecutor, has been nominated to be the chief prosecutor for the European Union’s effort to investigate people involved in war crimes and illicit organ trafficking in Kosovo. He will serve as lead prosecutor for the Special Investigative Task Force, which was set up in 2011 to conduct independent criminal investigations into allegations of inhumane treatment of people and illicit trafficking in human organs in Kosovo. His new position is based in Brussels. He previously served in the U.S. Attorney’s Office for Utah as a first assistant prosecutor and interim U.S. attorney, and he was twice an assistant Utah attorney general. From 2006 to 2009, he was an international prosecutor in the Special Department of War Crimes for Bosnia and Herzegovina. He retired from the U.S. Department of Justice in 2014 after having assignments as a representative to three Olympic games and stints in Bahrain, Vietnam, Thailand, and Bangladesh. He also was a justice attaché at the U.S. embassy in Afghanistan and beginning in February 2014 worked in Kabul, Afghanistan, as director of forward operations for the U.S. Special Inspector General for Afghanistan Reconstruction. Schwendiman received his bachelor’s degree from the University of Utah in English and his juris doctorate from the U’s College of Law, where he also has been an adjunct professor since 1994. 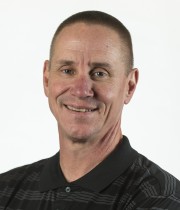 Gary Andersen BS’90, a former football player and coach at the University of Utah and head coach at Wisconsin for the past two seasons, has been named the new head football coach for Oregon State University. In two seasons through the years 46 continuum.utah.edu with the Wisconsin Badgers, Andersen compiled a 19-7 record and won two Big Ten West Division titles. He guided the Badgers to a 10-3 record this season and the Big Ten’s West Division title. Andersen’s football career began when he played offensive line at Ricks College in 1984. He then transferred to the University of Utah, where he played offensive line from 1985 to 1986. He served for 11 years as an assistant coach at the U and also had assistant coaching jobs at Southeastern Louisiana, Ricks College, Idaho State, and Northern Arizona. He was head coach at Southern Utah University in 2003 and, from 2009 to 2012, at Utah State University, where he led the Aggies to an 11-2 campaign in 2012 and won the Famous Idaho Potato Bowl, the school’s first bowl victory since 1993. Andersen also was named the Western Athletic Conference’s Coach of the Year in 2012. Andersen graduated from the University of Utah with a bachelor’s degree in political science. 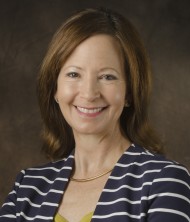 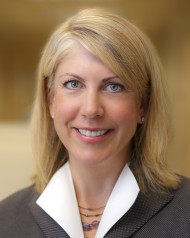 Laura S. Scott BA’90 has been appointed by Utah Governor Gary Herbert to be a judge in the 3rd District Court, which serves Salt Lake, Tooele, and Summit counties. Scott was previously an assistant general counsel to the University of Utah’s Office of General Counsel from 1993 to 1997 and is a shareholder, member of the board of directors, and vice president of the Salt Lake City-based law firm Parsons Behle & Latimer. Her practice has focused on real estate and banking litigation, and she has briefed and argued numerous appeals before the Utah Supreme Court and Utah Court of Appeals. Her 3rd District Court appointment is subject to confirmation by the Utah State Senate. Scott holds a bachelor’s degree in English from the University of Utah and a juris doctorate from Arizona State University. 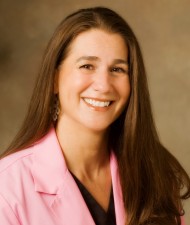 Danielle Howa Pendergrass MS’04 DNP’13, a Utah State University Eastern nursing instructor, has received the Breakthrough Leaders in Nursing Award from the Future of Nursing: Campaign for Action, a joint initiative of the AARP (formerly known as the American Association of Retired Persons) and the Robert Wood Johnson Foundation. Pendergrass is one of 10 recipients of the national leadership award recognizing her, in part, for work that led to changes in Utah’s Medicaid reimbursement policy and opened greater access to care for Utah women and girls. Pendergrass works with the Utah Action Coalition for Health in removing practice barriers that prevent nurses from working to the full extent of their education and training. Pendergrass, whose roots are in Carbon County, opened a women’s health clinic in Price two years ago. Today, Utah State University Eastern nursing students, as well as nurse practitioner students from the University of Utah, work in her clinic, which serves more than 20,000 women, from teens to seniors, both insured and uninsured, in rural Utah. The change in Medicaid policy that Pendergrass engineered makes it possible for her and other rural-serving nurse practitioners to see patients who otherwise would have to travel great distances for services such as pap smears and mammograms.

We want to hear from you! Please submit entries to Ann Floor. To read more alumni news, check out the “Honor Roll” column in the Alumni Association’s online newsletter, Alumni Connection, here.