For nearly 20 years, Pixar has dominated the world of animation, with 14 consecutive No. 1 box-office hits, including the Toy Story trilogy; Monsters, Inc.; Up; and WALL-E, which have amassed $7 billion in combined worldwide ticket sales and garnered dozens of Academy Awards. But in the beginning, long before Pixar was one of the world’s most successful movie studios, it was a small company struggling to stay afloat. Ed Catmull BS’69 PhD’74, who co-founded the company in 1986 with Steve Jobs and John Lasseter, led Pixar as it moved toward its goal of making the first-ever computer-animated movie and as it grew into the innovative force it is today. In his new book, Creativity, Inc.: Overcoming the Unseen Forces That Stand in the Way of True Inspiration, co-written with journalist Amy Wallace and published in April by Random House, Catmull conveys the ideals that have been key to Pixar’s success. 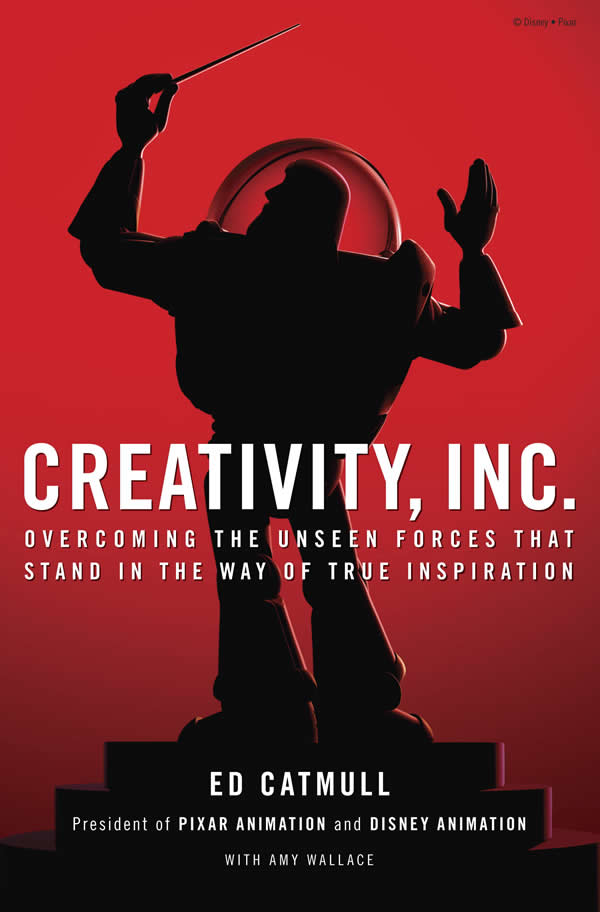 Now president of Pixar Animation Studios and Walt Disney Animation Studios, Catmull tells of his childhood fascination with Walt Disney and his experience at the University of Utah, where he received both his bachelor’s and doctoral degrees when the computer graphics field was in its infancy. He tells of working with U professors Ivan Sutherland and David Evans BA’49 PhD’53 in the U’s Computer Science Department. The two men were “magnets for bright students with diverse interests,” Catmull writes. “They led us with a light touch. Basically, they welcomed us to the program, gave us workspace and access to computers, and then let us pursue whatever turned us on. The result was a collaborative, supportive community so inspiring that I would later seek to replicate it at Pixar.”

After five years as director of the New York Institute of Technology’s Computer Graphics Lab, Catmull got his start in the film business in 1979 when, flush from the success of Star Wars, George Lucas hired him to merge moviemaking with technology. Readers of the new book learn about the challenges Catmull, Lasseter, and Jobs faced while they brought Pixar’s first film to the screen and the hard work that came after the success of Toy Story, as they built a sustainable creative environment. 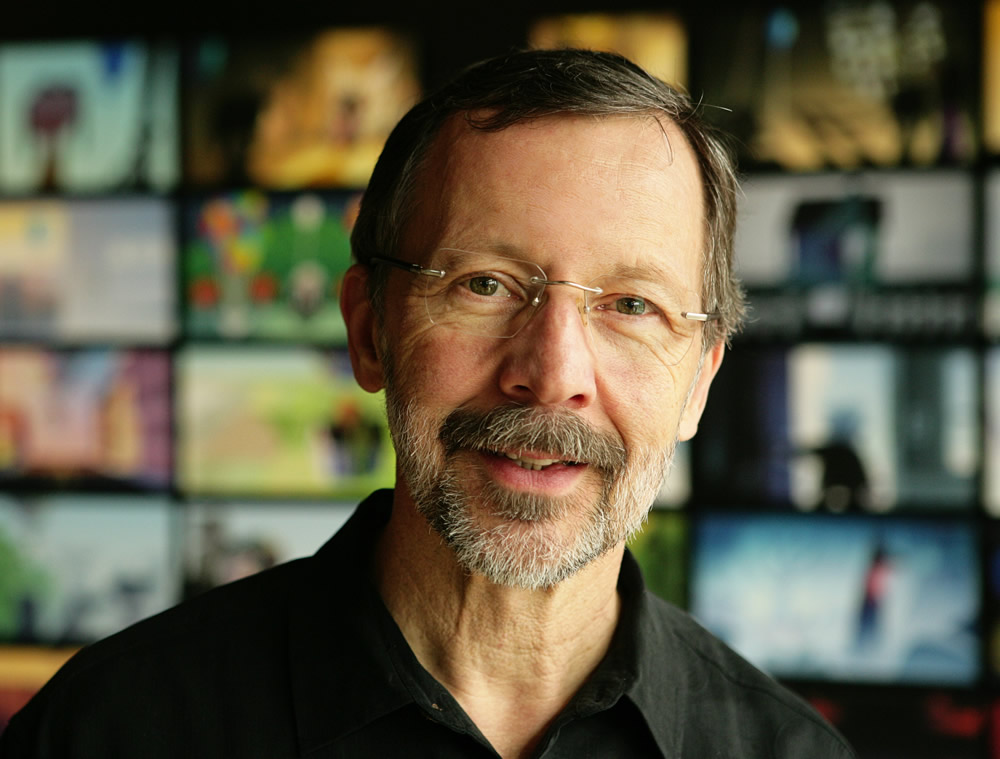 U alum Ed Catmull writes about his business ideas and his colleagues at Pixar, including Steve Jobs. (Photo by Deborah Coleman)

The book distills the core principles Catmull has used to develop Pixar’s creative culture. Those guideposts include the beliefs that quality is the best business plan and should be the primary goal, and managers should create an environment in which employees don’t fear failure and are willing to take risks to innovate.

Catmull also believes getting the team right is the necessary precursor to getting the ideas right: Give a mediocre idea to a great team, and they will either fix it or come up with something better. Managers also should prepare for the unknown problem, he writes, and a company’s communication structure should not mirror its organizational structure—people should feel free to talk to anyone directly within an organization.

The book’s publisher says the lessons will serve anyone who wants to work in an environment that fosters problem solving and creativity and any leader who wants to enable people to thrive and collaborate effectively. The book also provides a rare view into how Pixar’s movies are made, as well as a glimpse of what it was like for Catmull to work side by side for 25 years with Jobs, a man Catmull calls “Pixar’s fiercest champion and a close friend.”

Read “The Imaginer”, our profile of Catmull in the Spring 2013 issue of Continuum. 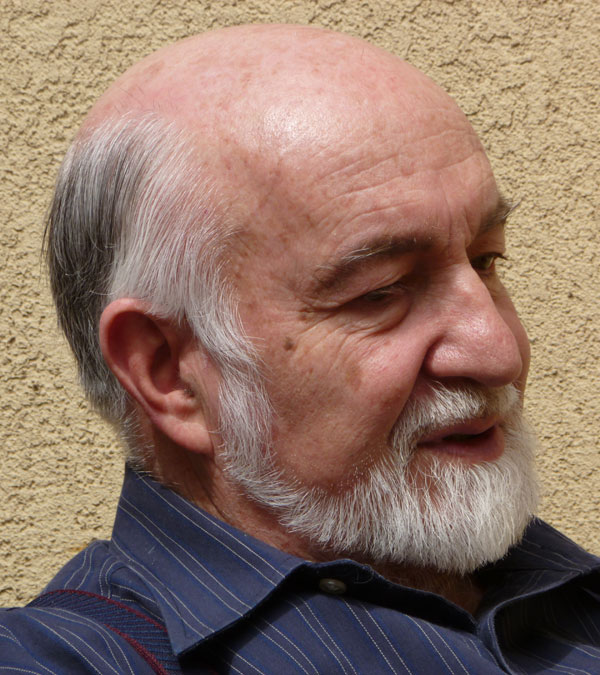 Edward J. Fraughton BFA’62 was honored in May by the Institute of Classical Architecture and Art with its annual Arthur Ross Award for excellence in the classical tradition for sculpture. The institute is dedicated to advancing the classical tradition in architecture, urbanism, and their allied arts through education, publication, and advocacy. As an artist and sculptor, Fraughton is known for his epic monumental works and individual collector editions that often relate to the history of the American West. A literal sculptor with an academic background in design and human anatomy, Fraughton’s versatility covers a broad spectrum of human and animal subjects. Fraughton also is an inventor. After a midair collision over the Salt Lake Valley in 1987 that destroyed two airplanes and claimed 10 lives, Fraughton, a pilot, invented and patented a new technology for tracking aircraft. This technology, now known as ADS-B, uses GPS satellite tracking to find and report aircraft positions. ADS-B is the Federal Aviation Administration’s system of choice to upgrade and replace the outdated radar-based air traffic control technology. 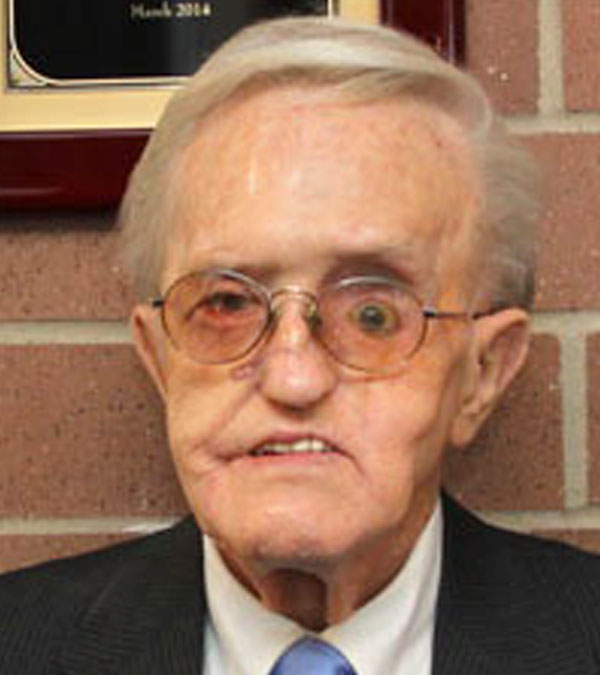 David Mortensen BA’76 MSW’82, who has spent more than 40 years advocating for people who are deaf or hard of hearing, was honored in March with a Lifetime Advocate Award by the Sanderson Community Center for the Deaf and Hard of Hearing and the Utah Association of the Deaf. At the award event, Mortensen was praised for his tireless efforts to fight for the rights of deaf people in education and the workplace. Mortensen’s endeavors have brought telephone relay services and a community center for the deaf to the Salt Lake City area. He also worked to make American Sign Language a course that can be recognized with college credit and has worked toward certification standards for its interpreters. In 1994, he successfully lobbied the Utah State Legislature to recognize American Sign Language as an official language and later helped establish the state’s Interpreter Training Program at Salt Lake Community College, as well as the interpreter service operated by the Utah Association of the Deaf that led to providing more qualified interpreters for deaf medical patients and clients. Mortensen, who has been deaf since the age of 4, was the first deaf person to receive a master’s degree in social work at the University of Utah. 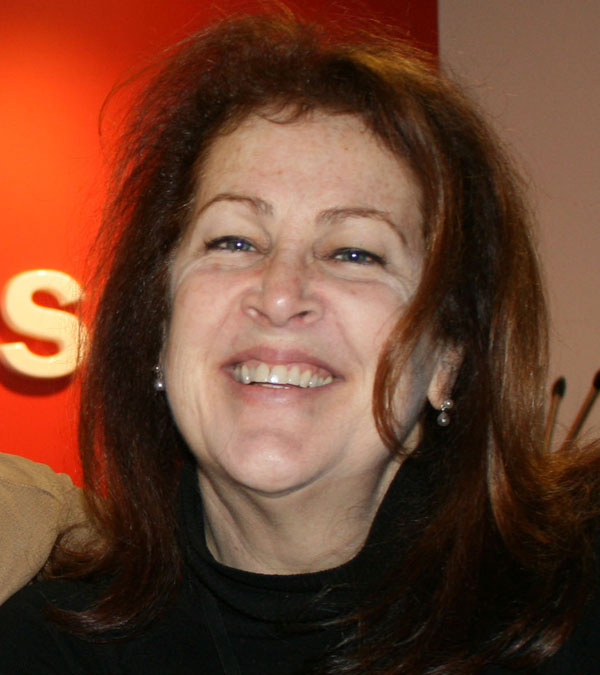 Molly Fowler BUS’79 was the producer of a documentary series about veterans that debuted in March on the Public Broadcasting Service: Coming Back with Wes Moore, a three-part special that examines issues confronting contemporary veterans. The series features the lives of seven men and women coming back from war after serving in the U.S. military since September 11, 2001. The series is hosted by combat veteran and New York Times best-selling author Wes Moore. Fowler currently is a co-executive producer at Powderhouse Productions and Reel-Lives. org in New York. She previously worked for ABC News, the World Science Festival, and Lightworks Pictures. Among her many television credits, she was a producer of Donohue (Phil Donohue’s talk show) for five years. She received a bachelor’s degree in literature and history from the University of Utah and attended Yale University from 1980 to 1984. 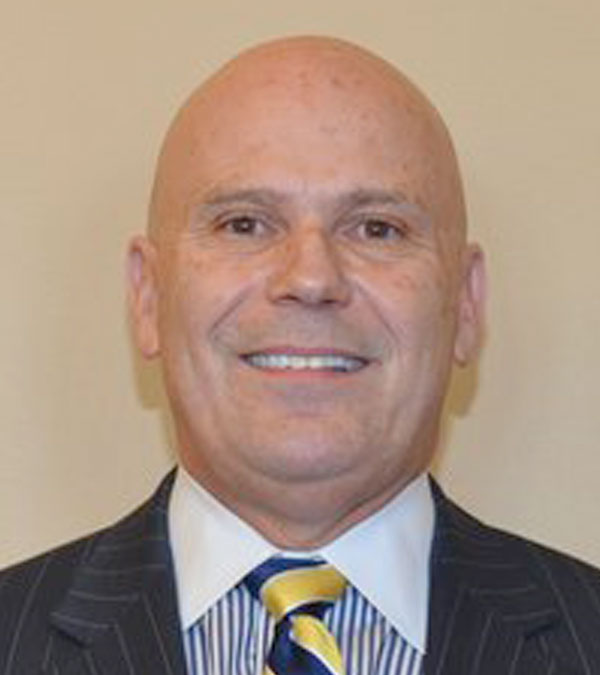 Richard D. McKelvie JD’81, an assistant U.S. attorney, has been selected by Governor Gary R. Herbert to fill a vacancy on Utah’s Third District Court bench. McKelvie won a College of Law Excellence in Teaching Award in 2011 for his work as a law professor at the University of Utah’s S.J. Quinney College of Law. He also now is the federal representative on the Utah Criminal and Juvenile Justice Commission. Serving as an assistant U.S. attorney with assignments in narcotics and violent crimes, McKelvie has been a prosecutor for 32 years. He received a bachelor’s degree from Weber State University, where he studied political science, and received his law degree in 1981 from the University of Utah. 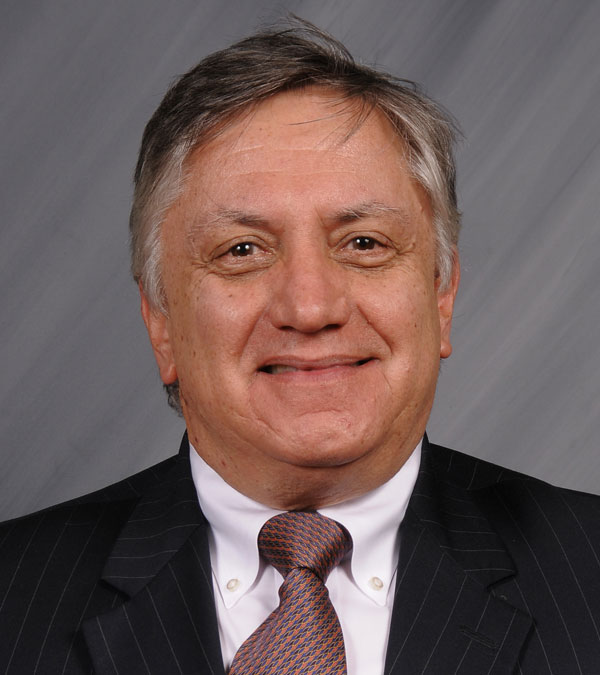 Osvaldo A. Bascur PhD’82 received the Antoine M. Gaudin Award, presented by the Society for Mining, Metallurgy & Exploration, Inc. The award recognizes distinguished achievements in scientific and engineering contributions that further the understanding of mineral processing technology. The selection acknowledges Bascur’s contributions in mathematical modeling and management of process information in the mineral processing industry. Bascur currently works as a global metals and mining industry principal with OSIsoft, LLC, in Houston, Texas. He is a 1976 graduate of the Universidad de Concepción in Chile, with dual degrees in chemical engineering and metallurgical engineering. He received his doctorate from the University of Utah College of Mines. His current work involves finding ways to design and implement information systems to reduce energy and water consumption and minimize environmental emissions in metals processing and mining. 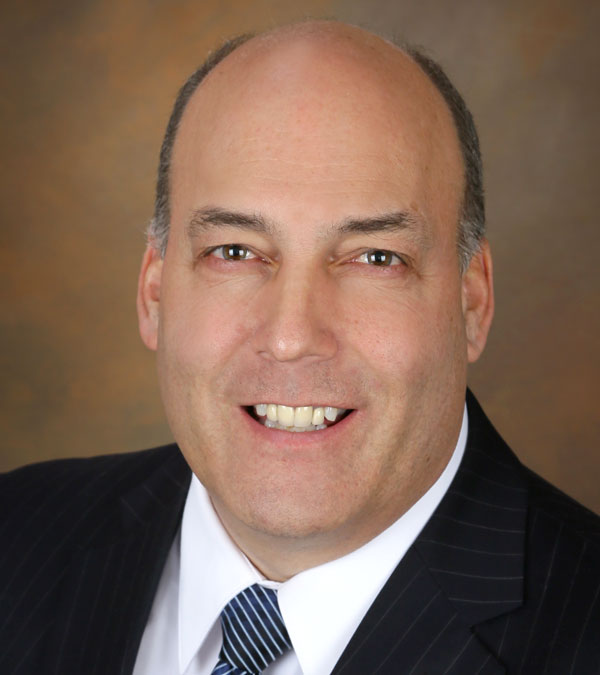 Joseph M. Bean BS’86 JD’89 has been appointed by Governor Gary R. Herbert to be a judge in Utah’s Second District Court. Bean has been a justice court judge in Utah for Syracuse City since 1993. He also is president and managing partner of Bean & Micken, P.C., a Davis County law firm. His professional recognition includes receiving the Quality of Justice Award and twice receiving the Justice Court Judges’ Distinguished Service Award. After receiving a bachelor’s degree in political science and a juris doctorate from the University of Utah, Bean clerked in 1990 for Utah Supreme Court Chief Justice Gordon R. Hall. Bean was instrumental in organizing the Syracuse City Youth (Peer) Court, and he volunteers as pro bono counsel for protective order hearings in Davis County. 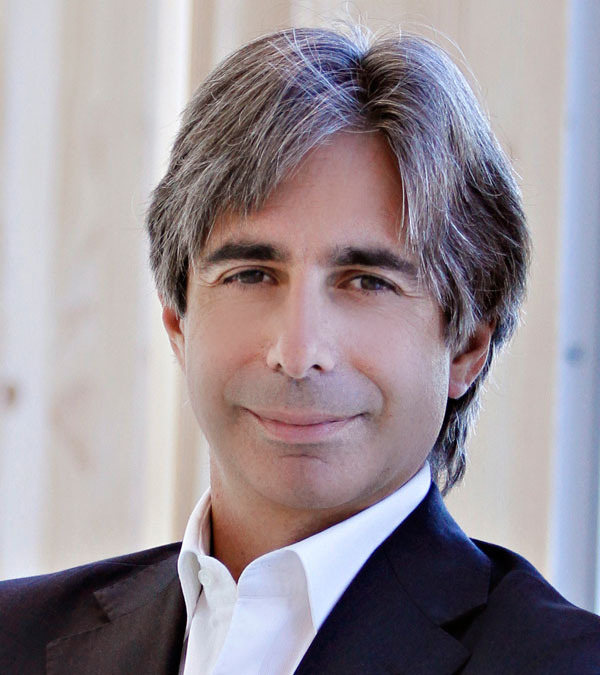 Gianluca Lazzi PhD’98, a Utah Science Technology and Research professor and chair of the University of Utah’s Department of Electrical and Computer Engineering, in late March was inducted into the American Institute for Medical and Biological Engineering College of Fellows. The college represents the top 2 percent of medical and biological engineers nationwide. Lazzi is the principal investigator of an interdisciplinary and multi-institution National Institutes of Health-supported research effort on multiscale modeling for neural excitation. He also has been working for nearly 15 years on research toward the development of an artificial retina to restore partial vision to the blind. Educated at the University of Rome, Lazzi received his doctorate in electrical engineering from the U. Prior to his faculty appointment at the U, he was a professor at North Carolina State University. He is the author or co-author of more than 170 international journal papers or conference presentations on implantable devices, medical applications of electromagnetics, and other related topics. 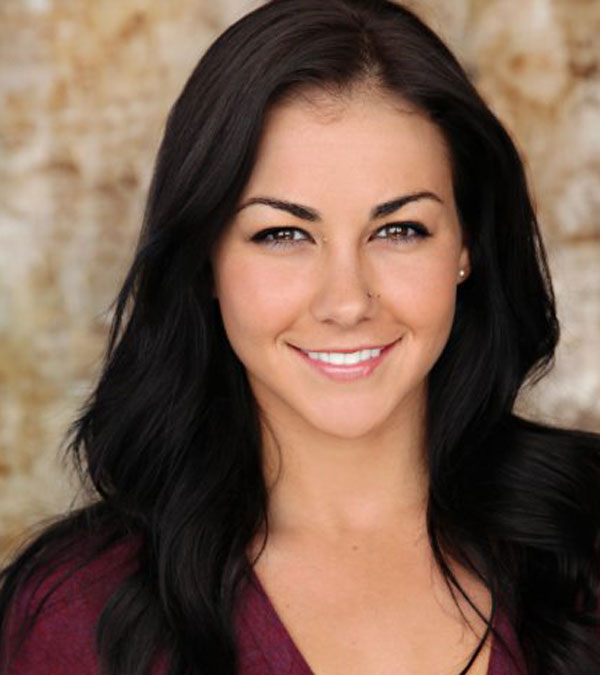 Kristina Baskett BS’09, a former gymnast who competed for the University of Utah from 2006 to 2009, is now working as a stunt woman in Hollywood and appears in the new movie Divergent. Baskett finished her college career as an NCAA champion on the uneven bars, was named a 12-time All-American, and received seven NCAA medals. Currently, Baskett is enjoying a rising career as a stunt double. Her résumé includes appearances in a Nationwide Insurance TV commercial where she flips her way through a house as a sort of anti-cat burglar, acting as a stand-in for actress Jana Kramer; appearances in the TV shows CSI : NY, American Horror Story: Coven, and Grimm; an Under Armour commercial; and several appearances in various Disney productions. Her specialties are gymnastics, acrobatics, and wire work, but she wants to do more martial arts. “I love doing the high falls and the fighting scenes, and I’m learning more tactical weapons training with guns so that I can get to that top level,” she says. In addition to being a Red Rocks gymnast, Baskett received a bachelor’s degree in communication from the University of Utah. She now lives in Los Angeles.

One thought on “Through the Years: Short alum profiles and Class Notes”