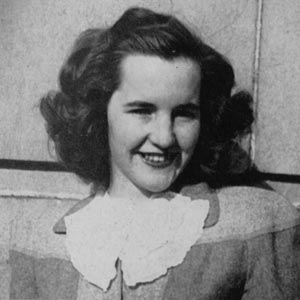 Cheerleading is a uniquely American contribution to the world of college athletics. The first recorded cheer occurred at a Princeton game in 1884. The University of Utah was not far behind, with a “yelling brigade” formed to support the University football team in 1894. Within a few years, the position of “yell master” had been established, and by the 1920s it was an elective student body office. In 1921, the “yell master” at the University of Utah shared popular yells such as “Sic’em, Utah” and “Sons of Utah” with other colleges around the country (each simply filling in the blank with the name of their own state or college), and even “Oskee-wow-wow,” written for the University of Illinois but apparently used at the U as well. By the end of the 1920s, however, the term “yell master” was falling out of use, replaced by today’s term, “cheerleader.” As the U of U grew, the need for more than one cheerleader was recognized, and by 1928 each was allowed to have up to two assistants. Until World War II, cheerleaders were always men, despite the fact that many women wanted to participate and often applied for the position. It wasn’t until 1942 that the first woman cheerleader at the U, freshman Bette Mae Barton, “whose acrobatic ability is second only to the famous India Rubber Man,” according to The Daily Utah Chronicle, joined the squad. Despite being strongly discouraged from even joining by the Dean of Women (because, Bette was told, it was “scandalous” and “would taint her reputation,” etc.), she served as a cheerleader for all four years of her college career. From there, the gender balance continued its reversal, until there were consistently more women than men on the cheerleading squad. At Ute games and rallies in the 1950s, there would be as many as six women and at least a couple of men leading cheers. In the ensuing decades, cheerleading at the University of Utah, as well as throughout the country, developed into an athletic contest in its own right, and the University’s team won the Western Regional College Championship in cheerleading in 1983. Today the University of Utah cheerleading squad continues a long tradition of promoting enthusiasm and spirit for all athletic contests.

*Sadly, Bette Barton Lobb died January 22, 2010, before having a chance to see this column.

6 thoughts on “The Topsy-Turvy World of College Cheerleading”