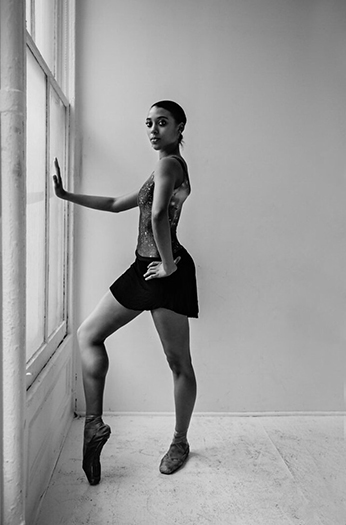 When Sydney Duncan was a little girl growing up in Texas, she couldn’t sit still. So her mother, who had danced in college, enrolled her in a dance class, which Duncan says sparked her interest. Then, when she was about 8, her mom took her to see The Nutcracker. Duncan watched the dancers intensely and said, “I want to do that.” And she meant it. Soon after, she started rigorous classical ballet training. “I loved every second of it,” she recalls. “There was never a day when I didn’t want to go to class.”

Her father, who is an electrical engineer, encouraged her to pursue her interest in science. And she found an intersection between her two passions as she learned about space and movement in both fields. By the time she was approaching the end of high school, she concluded she wasn’t ready to be a professional ballerina quite yet. But she wasn’t fully committed to science, either.

In researching universities, Duncan discovered that the University of Utah has outstanding programs in both ballet and the sciences—and so she enrolled and chose to study both astrophysics and dance. “I searched for a school where I didn't have to choose,” says Duncan BFA’16 BS’16.

Although she was technically “allowed” her taxing double major, she says some of her professors thought she was crazy. Neither one is a major you can do halfway. Duncan says that while some people tried to get her to think “realistically,” others supported her in her split pursuits. “There were ballet professors writing letters of recommendation that got me into astrophysics internships, and physics professors who took the time to come see my performances,” Duncan says fondly.

After graduation, she was plotting a move to New York City, but she knew she wouldn’t be leaving Utah behind for long. While finishing up her final semester, she was asked to join the cast of The Will Rogers Follies at the U’s Pioneer Memorial Theatre. She graduated, moved to the Big Apple for a stint, then came back to Salt Lake for the six-week run.

Back in New York, the auditions continue. She says that sometimes, as a black woman, her tryouts don’t go the way she hopes merely because she doesn’t fit a “type.” But she stays positive and feels encouraged by the example she’s setting for her younger peers by having graduated from two rigorous university programs. “Sometimes I get messages from other young black dancers saying they want to pursue higher education and their artistic passion as well,” Duncan says. “It always reminds me that I am doing something that is bigger than me.”

Duncan remembers being a child in Texas, seeing black bodies on stage with the Dallas Black Dance Theater, and how formative that was to her ambition and desire to become a professional dancer. “You have to stay on your toes (literally) and keep pushing yourself,” Duncan says. “There is no slowing down when you feel you haven’t reached goals.” She is excited about a recent invitation to join Avant Chamber Ballet as a professional ballerina, and to experience her first professional season in Dallas this fall.

But she hasn’t forgotten her passion for astrophysics, either. She says maybe in the future she’ll go work for NASA. “I want to learn more about outer space,” Duncan says. “I’m not done with physics, just focusing on dance right now.”

One thought on “Sydney Duncan: A Physics-Loving Dancer”