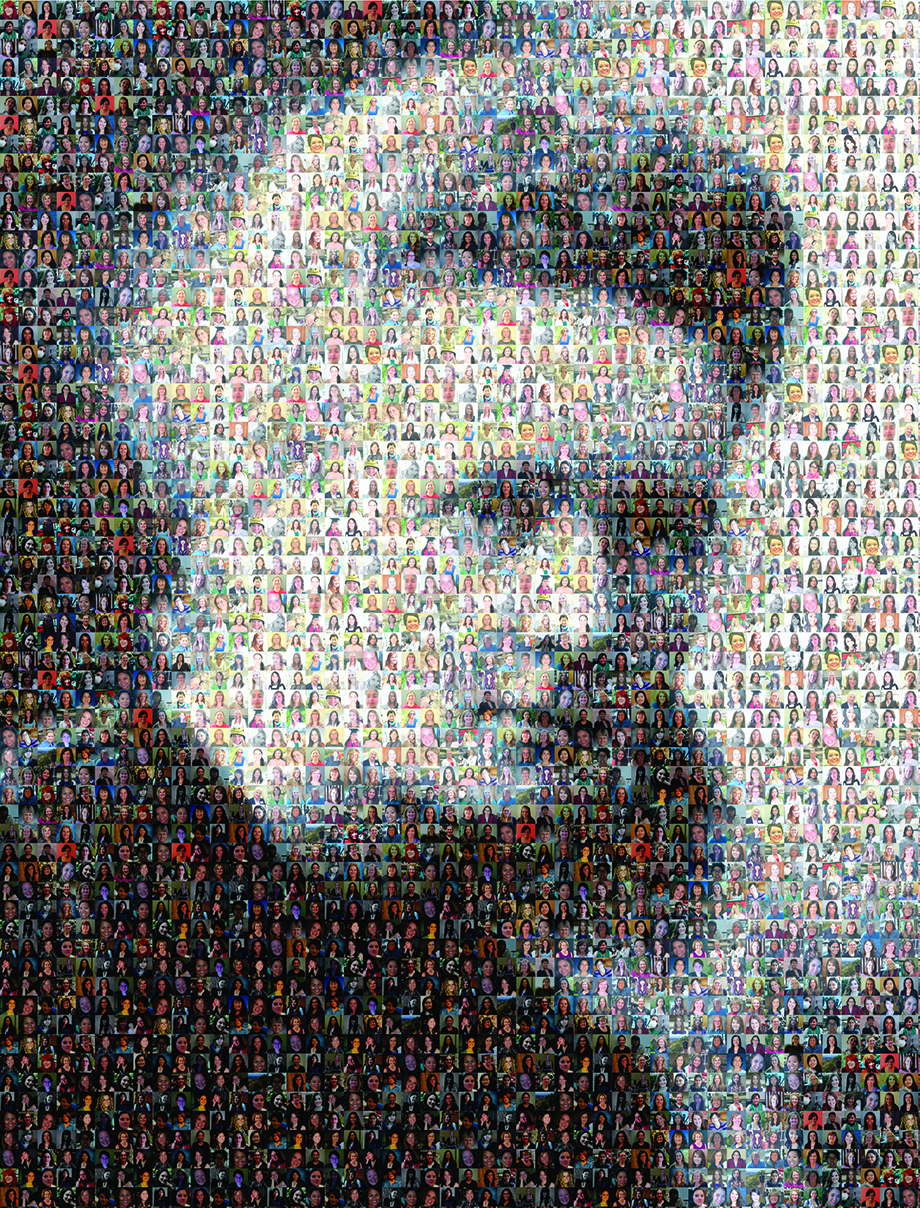 In the southwest corner of the University of Utah’s Thatcher Building for Biological and Biophysical Chemistry, The Curie Poster is displayed as a tribute to Utah women in chemistry. The graphic mosaic is made up of small photos arrayed together to constitute an image of Marie Curie, the Polish and naturalized-French physicist and chemist who did pioneering research in radioactivity in the late 1800s and early 1900s and who won the 1911 Nobel Prize in Chemistry and shared the 1903 Nobel Prize in Physics. The 1,807 small photos in the poster were collected in February 2013 and depict women who have either studied or taught chemistry at the U. The poster was assembled by Tomi Carr BS’06 MS’13, then an administrative assistant in the Chemistry Department; Dave Titensor BFA’91, art director for U Marketing and Communications; and Marla Kennedy BS’05, then an account executive for Marketing and Communications.

One thought on “One More: The Curie Poster”