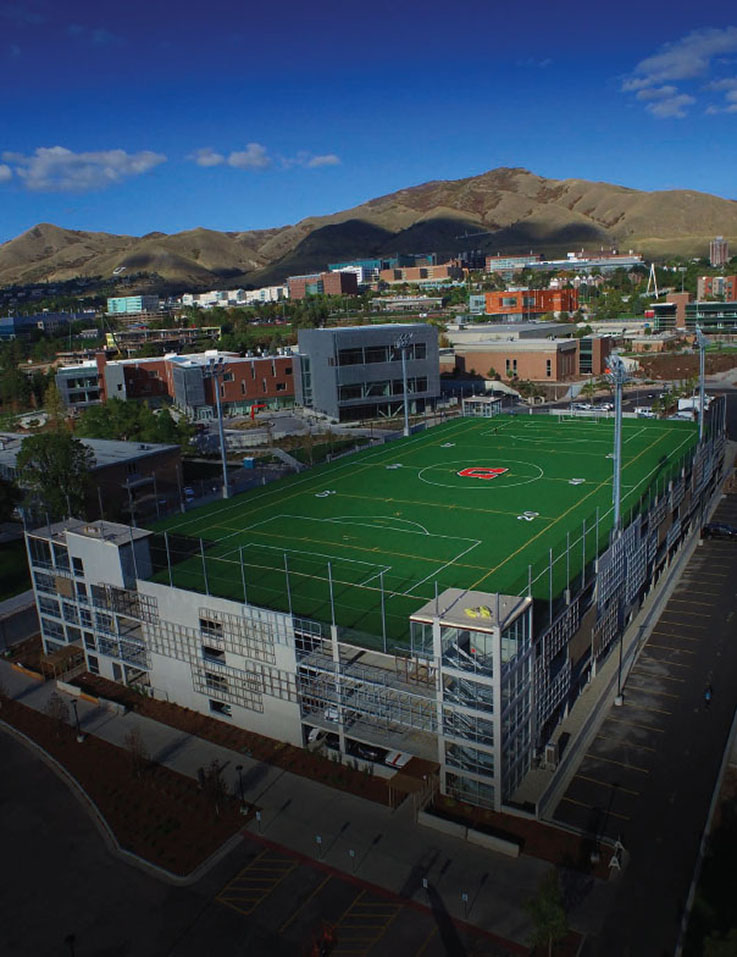 The University of Utah has a brand new intramural playfield—atop the new Central Parking Garage west of the Huntsman Center. The U’s first rooftop field, it will host about 230 soccer and flag football games each year. A 10- to 20-foot net surrounds the field (higher at each end), keeping both players and equipment safe, and it is only the second intramural field on campus with lights. “I like playing under the lights and on top of the garage, because it feels like we’re playing in our own intramural stadium,” says Alekh Chapman, a freshman studying film and an intramural soccer player. Intramural fields have been lost to recent building projects, including the Lassonde Studios and the Sorenson Arts and Education Complex, yet intramural and sport club programs continue to grow. Not only does the new field utilize what would have been wasted space, but the lighting allows the programs to run into the evenings, when students are more available, and the artificial turf allows the field to be used during moderately inclement weather. University administration invested an extra $800,000 to build the parking structure with a reinforced roof so it could support the playfield, and the University Federal Credit Union generously contributed the naming-level gift in support of the field.