Praise for a Poet 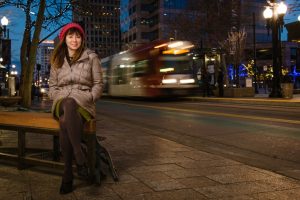 Ah, I seldom fall in love at first read, but you are an exception [“Chapter and Verse,” Spring 2015]. ’Tis shame I once thought of myself as a poet. Now I know I was just a stuttering kindergartner struggling for the word lost.
P.S. I find this article one of the best to come out of Continuum.
P.P.S. I am interested in your mapping book. I have a very old book describing the development and areas of S.L.C.

Thanks to a Tennis Coach

I had the opportunity to play for the Utes from 1995 to 1999 [“Match Points,” Spring 2015]. I have to say, F.D. Robbins was one of the best teaching coaches I have ever worked with, and I had a great time under his mentorship. Thank you, F.D., for all your help, and best wishes for your retirement!

As a point of interest, the U still does offer many vocationally related programs, at least in the health and recreation arenas; it’s just the rest of the U’s programming where that has failed, and I think it’s very much our students’ loss [“Practical Preparation,” Spring 2015].

How ridiculous that the new Student Life Center contains only two (!) racquetball courts [“Landmark U Student Life Center Opens,” Spring 2015]. This is a major reduction from several courts at the old [Einar Nielsen] Fieldhouse and the HPER complex. Not sure what dimwitted genius made this call, but it was a stupid and ridiculous decision.

Most of our close family celebrated Christmas at our antebellum home in relatively clean air South Carolina [“Clearing the Air,” Winter 2014-15]. My brother, who lives in Orange County, California, will be giving all of us a hard drive with about 4,000 digitized pictures of our growing up years in the Utah of the 1960s and 1970s. We did a preview of the pictures, and one thing that stands out is the crystal clean air quality of the incredible vistas in southern Utah. Conversely, we toured the Southwest a couple of years ago and were struck by the pathetic vistas of murky horizons everywhere. Good luck with the University’s air efforts.

I grew up with Kathy [Kathryn Stockton] in Connecticut, right through high school. Our families were friends. So cool to see this article [“Engendering Curiosity,” Winter 2010]. Recalling her razor-sharp mind, intellectual curiosity, kind demeanor (and she was a damn good musician!), I can only say that it is no surprise to me to read in this article of her journey and accomplishments. I wish I’d had more time to know her better in the day, because I relate to her journey, as well. If you run in to her, say “hi.”