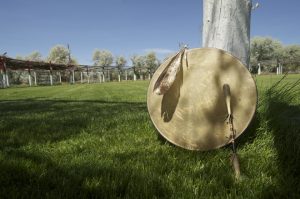 I would like to thank the University of Utah and the Ute tribe for their efforts in educating the public on this issue [“The Heartbeat of the People,” Fall 2012; “University Renews Agreement with Ute Indian Tribe,” Summer 2014]. I am currently taking a college course through another university on Native American history. This is not your typical history class that we have all been through. This is history from the Native Americans’ viewpoint that dispels the myths and untruths we are accustomed to. I have read the webpage [uteproud.utah.edu] developed by the University [of Utah] and watched the videos. I now have a deeper understanding of the meaning of the logo, and it brings an even deeper sense of pride when I affectionately say “Go Utes.” I look forward to further educating myself on the cultures and meanings of the logo and the history behind the Ute tribes. Being in the military, I travel a lot and am one of those that proudly wear the Utah Ute apparel…. Again, thank you, Mr. [Forrest] Cuch for your information and educational efforts. I look forward to more. 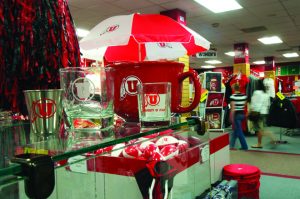 The Ute logo is one of the most unique logos out there…. If it is a circle or a drum, it is clearly being honored by the [University of Utah] staff and most of the Ute fans. Everyone has been heard. The final say is with the Ute Tribe, and they have spoken. They love the logo and have no desire to change to the block U. I am very proud of how the U has taken full responsibility and made the necessary changes to accommodate the tribe’s MOU [Memorandum of Understanding]. For those who lost the battle, please find something more important to protest that would really make a difference to the indigenous people here in Utah. Like maybe quit ignoring or hiding the facts of history and the visibility that they were here first.

Reflections on the Park Building

Oh, how excited and inspired I was, standing in front of the Park Building in 1948-49 as the new, four-year Nursing Program began [“An Icon’s Centennial,” Fall 2014]. We were assigned to movable metal, hot, half-dome shaped classrooms, a crowded campus due to soldiers enrolled after the war. Being one of three [nursing] graduates in 1951, I was most fortunate as I had a year at BYU filling all my science credits, thus graduating ahead of most of the class. My B.S. degree in nursing has made all the difference in my life.

I look forward to Stephen Wilk’s column every month in Optics and Photonics News. I had no idea that he is my U co-alum [“Stories in the Study of Light,” Fall 2014]. We both received our PhDs in 1983.

Thank you, Dr. [Richard] Normann—this is remarkable and offers such hope to so many people [“The Bionics Man,” Summer 2014]. Thanks also to those who work with you and invest time and mental energy into each tiny step in the process of acquiring adequate information to make this a workable solution. AMAZING!