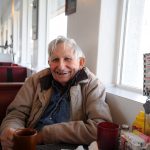 (Re: Ken Sleight, “Fighting for the Wild,” Summer 2013) I loved him in the ’70s, admired his work and the monkey-wrenching he did with Ed. He’ll always be “Seldom Seen” to me, in my mind, and I think he would like it that way. These guys were REAL men… not afraid to speak their minds, to hold on to what’s real and holy, not give a damn for dams or money or polluting for money. Honorable men, men worth their salt, and the memory of them hopefully will spur on the young ones to keep up the good fight. Hope the movie gets made, if only for inspiration, if not for nostalgia! EARTH FIRST!!! 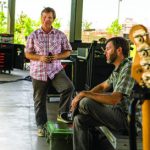 What a terrific job Chris Mautz and Derrek Hanson have done in raising money for the garden (“Music in the Mountains,” Fall 2016). The concert series is a success because of their foresight, leadership, and skills. The Red Butte concert series would not carry on without them! 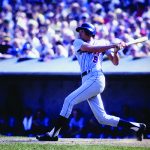 One of my biggest thrills ever watching baseball on television was seeing one of my former students, George Theodore (“The Stork,” Fall 2016), come to bat in the 1973 World Series. As a Mathematics Department teaching assistant in 1965-66, I remember George as a solid mathematics student in my Analytic Geometry class. 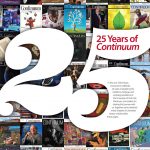 Launching an alumni magazine was an adventurous commitment. John Ashton originated the idea. I had edited two or three magazines during my career. But Ted Capener was the key. He carried the idea to the administration, successfully defending the magazine against less than unanimous support.

We discussed at length a name for the publication, eventually selecting Continuum because it described what we were trying to accomplish—develop a continuing relationship between alumni and their university—and because it was one of few words containing a double ‘U.’ (Only the University of Utah can legitimately claim the double ‘U’ as its logo.)

Congratulations to all those who have worked hard and capably to sustain Continuum over a quarter of a century.