Huntsman Cancer Institute investigators are seeing promising results in fighting melanoma, a form of skin cancer, with a surprising and innovative treatment—a mutated herpes virus. The new treatment, which is free of the often ravaging side effects of chemotherapy, has been found in research trials to create dramatic reversals in 60 percent of metastases injected with the virus-derived therapy, talimogene laherparepvec (or T-VEC). More than half of patients with tumor shrinkage became melanoma-free for a year or more. An FDA review committee voted 22 to 1 this spring for approval of T-VEC. Final decision on approval is expected by late October.

Huntsman oncologist Dr. Robert Andtbacka, an associate professor in the University of Utah’s Division of Surgical Oncology, has been leading the T-VEC research and is first author of a report on the research, published in May in the Journal of Clinical Oncology.

HOW THE TREATMENT WORKS:

Doctors inject T-VEC, based on a herpes simplex type 1 virus, into a melanoma lesion or lesions. (In the study cited in May, researchers injected the largest and newest lesions first.) T-VEC has been genetically modified to hijack the virus that causes cold sores and change its genome so it attacks only melanoma cells and secretes the growth factor Granulocyte-macrophage colony-stimulating factor (GM-CSF).

Once inside the body, the virus replicates and secretes GM-CSF, overwhelming and eventually bursting the melanoma cells at the lesion site, exposing melanoma cancer proteins to the immune system and initiating an immune response against them. GM-CSF is naturally secreted in the body as part of an immune response and is commonly used as support medication to stimulate a patient’s white blood cell recovery after chemotherapy or stem-cell transplant.

The GM-CSF attracts and trains the patient’s T cells (a type of white blood cell) to find and destroy any melanoma cells that may have spread to the lymph nodes, lung, liver, or other sites.

Over the first few months of treatment, doctors may follow up to inject T-VEC into new or growing lesions to kill new melanoma metastases and use melanoma cancer proteins to maintain the immune system response.

The immune system now remains on guard to recognize and fight melanoma cancer proteins whenever and wherever they might appear.

Better understanding of the molecular mechanisms of melanoma has led to a boom in the development of targeted agents and immunotherapies for the disease. Andtbacka and other researchers are also conducting clinical trials of other virus-derived drugs to fight melanoma, such as one from Coxsackie. 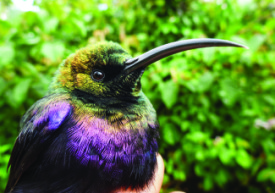 The next time you reach for a “wake up” cup of Joe or a chunk of chocolate, you may want to consider whether the coffee or cocoa beans were grown in the shade or open sun. Choosing the shade-grown variety can offer huge benefits to tropical birds, their ecosystems, and farmers—and organic Ethiopian shade-grown coffee is the best option to accomplish that, according to a recent study published in the Journal of Ornithology.

Cagan Şekercioğlu, the study’s senior author and assistant professor of biology at the University of Utah, compared the types of birds that utilize primary growth forests, where crops like coffee and cocoa are grown in the shade of native trees, and open farmland, where these same crops are grown in bright sun. The study found that agroforests promote and maintain far more bird life than open farmland does, and the wider variety of birds living in the tree canopy aids the overall health of the ecosystem.

“As you go to more and more open agriculture, you lose some bird groups that provide important ecosystem services like insect control, seed dispersal, and pollination, while you get higher numbers of granivores that actually can be crop pests,” Şekercioğlu says.

Organic shade-grown coffee from Ethiopia, where the coffee is a native species of the forest, is the best coffee for biodiversity, he says. “It is grown where it belongs in its native habitat, with native tree cover and without chemicals.”

“There is potential for consumer choice to have far-reaching and powerful impact,” Şekercioğlu says. “Choosing products that promote conservation and responsible farming practices provides those farmers with the financial incentive to take a risk and produce crops in a way that is economically risky but helps maintain global biodiversity.” 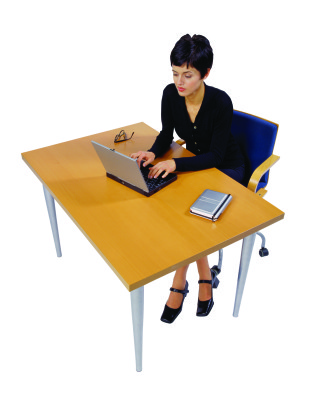 A new University of Utah study suggests that while low-intensity activities such as standing may not be enough to offset the health hazards of sitting for long periods of time, squeezing in two minutes of walking each hour just might be the solution.

Numerous studies have shown that sitting for extended periods of time each day leads to increased risk for early death, as well as heart disease, diabetes, and other health conditions. Those hazards loom for the many people who hold desk jobs or other positions that require them to sit for long periods of work.

Researchers at the University of Utah School of Medicine investigated the health benefits of trading sitting for light activities for short periods of time. They found that while the risks of sitting weren’t offset by adding low-intensity activities such as standing, light-intensity activity such as walking for just two minutes each hour was associated with a 33 percent lower risk of dying.

The findings of the U study were published this past April in the Clinical Journal of the American Society of Nephrology. “The current national focus is on moderate or vigorous activity,” says Dr. Srinavasan Beddhu, a U professor of internal medicine who was the study’s lead author. “To see that light activity had an association with lower mortality is intriguing.”

Other studies have found that while moderate or vigorous exercise is important to strengthen the heart, muscles, and bones, and confers other health benefits that low- and light-intensity activities can’t, isolated periods of vigorous exercise are inadequate to offset the risks from long periods of sitting. “Based on these results, we would recommend adding two minutes of walking each hour in combination with normal activities, which should include 2.5 hours of moderate exercise each week,” Beddhu says.