University of Utah electrical engineers have invented an inexpensive new optical element that could boost the overall efficiency of solar cells by more than 50 percent. Called a polychromat, it is a thin layer of transparent plastic or glass designed to sort and concentrate sunlight. The layer can be integrated into the cover glass of a solar panel and could also be used to boost power efficiency in a cell phone or improve low light conditions for a camera. 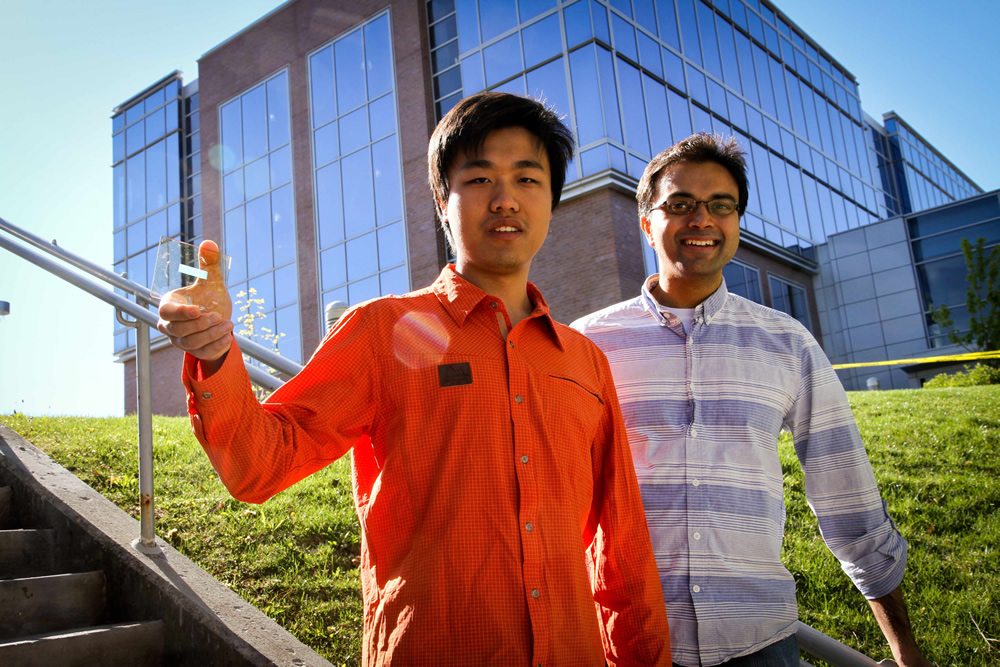 “Currently, high-efficiency solar cells are very expensive because they have to be carefully manufactured in a complex environment and are only cost-effective for space or defense applications like the Mars rover,” says Rajesh Menon, a Utah Science Technology and Research (USTAR) assistant professor of electrical and computer engineering at the U. “We have designed a very cheap optical element that can be incorporated into the cover glass of a solar panel that will separate sunlight into various colors.”

Solar cells absorb light from the sun and convert it into electricity. Despite solar power’s tremendous potential as a limitless resource of energy, it is currently a small fraction of the global energy supply, due to its high cost compared with conventional power sources.

In addition, challenges in materials have further limited solar power’s reach. Solar cell performance is directly linked to the efficiency of converting sunlight into electricity. Solar cells operate on the concept that an absorbed bundle of light from the sun, called a photon, generates electrical charge carriers in a layer of material within the solar cell that then becomes electricity.

The energy at other wavelengths is not absorbed at all or is converted into waste heat rather than electricity. As a result, a solar cell can only convert a limited amount of photons into electricity: up to about 33.5 percent efficiency.

Menon and electrical engineering graduate student Peng Wang designed a polychromat 50 millimeters wide by 10 millimeters long, with 3-micrometer-wide grooves to sort incoming light. The team placed the polychromat on top of a photovoltaic device (a device that generates a voltage when exposed to energy, especially light). With the polychromat added, the power efficiency increased by 16 percent. 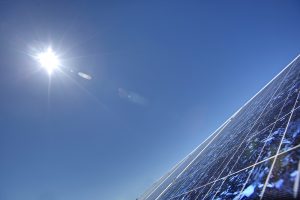 “These colors can be absorbed by appropriate solar cells to increase the efficiency of the overall process without increasing the cost,” says Menon. The researchers also developed computer simulations of a polychromat placed on a solar cell with eight different absorber layers to show a theoretical efficiency greater than 50 percent.

Menon says the next step to using these polychromats in commercial solar cells is working with solar cell manufacturers. He says this could lead to high-efficiency solar cells on the market in another five or 10 years. Meanwhile, Menon and his team will test this new technology at the National Renewable Energy Laboratory.

After hearing his aunt, a primary care nurse, tell stories of catheters causing clotting and infections, University of Utah bioengineering student Nate Rhodes BA’14 MS’14 decided to come up with a solution. With the help of a few classmates, he developed a type of catheter—a tube inserted into patients to remove and deliver fluids— that emits visible light, killing bacteria to prevent infections from occurring. 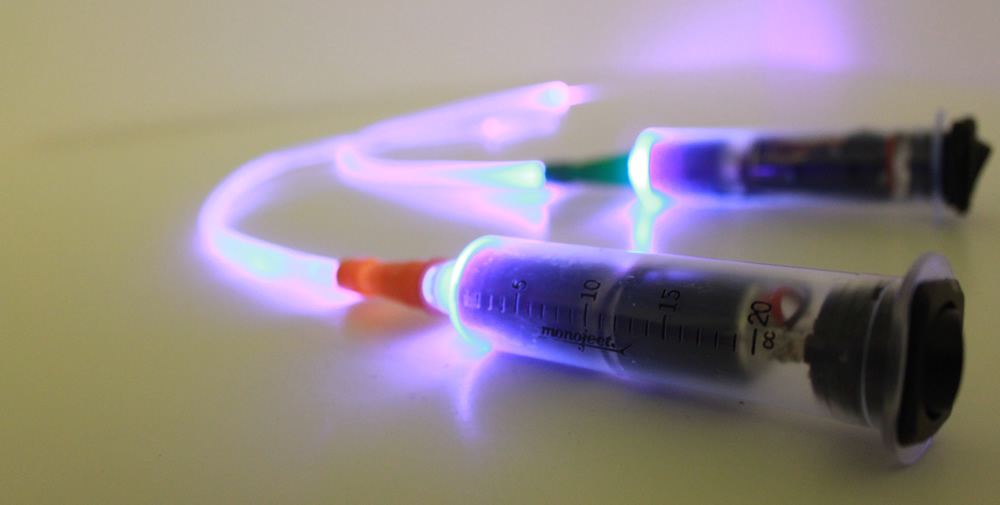 The students created a startup company, Veritas Medical LLC, to develop the LIGHT LINE Catheter, using high-intensity narrow spectrum light, which is known to kill bacteria without any harmful effects to human cells. The team has already filed a utility patent on their technology and will complete laboratory testing later this year, followed by clinical trials beginning next year. Other members of the team include James Allen BS’13, a bioengineering graduate; Mitch Barneck BS’13, a bioengineering graduate currently in medical school at Oregon Health and Science University; Martin de La Presa, a third-year U medical student; and bioengineering grad Ahrash Poursaid BS’14.

Veritas Medical plans to use the $75,000 in winnings to support further product development and validation. They have already conducted successful laboratory tests of their product, and they are steadily working toward getting clearance from the U.S. Food and Drug Administration.

The students previously won more than $20,000 in cash prizes and grants through other student competitions at the U, including Bench to Bedside, a medical device competition; the Utah Entrepreneur Challenge, a statewide business plan competition; and the Entrepreneur Club milestone funding program.

Mice severely disabled by a condition similar to multiple sclerosis (MS) could walk less than two weeks following treatment with human stem cells in a new study led by a University of Utah scientist and a colleague.

“My postdoctoral fellow Dr. Lu Chen came to me and said, ‘The mice are walking.’ I didn’t believe her,” says co-senior author Tom Lane, a professor of pathology at the University of Utah, who began the study at the University of California, Irvine. Within 10 to 14 days, the mice could walk and run. Six months later, they showed no signs of slowing down. “This result opens up a whole new area of research for us to figure out why it worked,” says co-senior author Jeanne Loring, director of the Center for Regenerative Medicine at The Scripps Research Institute in La Jolla, California.

Current FDA-approved medications slow early forms of the disease by dampening attacks by the immune system. In recent years, scientists have turned their attention to searching for ways to halt or reverse MS. Such a discovery could help patients with latter, or progressive, stages of the disease, for which there are no treatments. Results from the study demonstrate the mice experience at least a partial reversal of symptoms. Immune attacks are blunted, and the damaged myelin is repaired, explaining their dramatic recovery.

With clinical trials as the long-term goal, the next steps are to assess the durability and safety of the stem cell therapy in mice. “We want to try to move as quickly and carefully as possible,” Lane says.