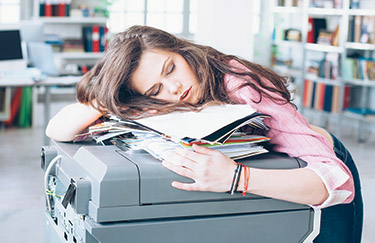 Most people could benefit from a few extra hours of sleep every night. But some people habitually sleep much less than the recommended amount, yet report feeling no ill effects. A new University of Utah study finds that patterns of neural connections in the brains of so-called “habitual short sleepers” suggest that some of these people may indeed be efficient sleepers, but they may also be more tired than they realize, leading to potential safety issues, such as during routine night driving.

“Most people feel terrible when they get less than six hours of sleep,” says psychology associate professor Paula Williams. “What’s different about these short sleepers who feel fine? Is there something different going on in terms of brain function? Although they report no daytime dysfunction from short sleep, what if their perceptions are inaccurate?”

To begin answering those questions, study co-authors Williams, neurologist Christopher Jones, associate professor and radiologist Jeff Anderson, and psychology graduate student Brian Curtis BS’08 MS’15 (first author on the new study, published in Brain and Behavior) looked into how people’s brains are wired. The team compared data from people who reported a normal amount of sleep in the past month with those who reported sleeping six hours or less a night. They further divided the short sleepers into two groups: Those who reported daytime dysfunction, such as feeling too drowsy to perform common tasks or keep up enthusiasm, and those who reported feeling fine.

Both groups of short sleepers exhibited connectivity patterns more typical of sleep than wakefulness while in an MRI scanner. Anderson says that although people are instructed to stay awake while in the scanner, some short sleepers may have briefly drifted off, even those who denied dysfunction. “People are notoriously poor at knowing whether they’ve fallen asleep for a minute or two,” he says. For the short sleepers who deny dysfunction, one hypothesis is that their wake-up brain systems are typically in overdrive. “This leaves open the possibility that in a boring MRI scanner they have nothing to do to keep them awake and thus fall asleep,” says Jones.

This hypothesis has public safety implications, according to Curtis. “Other boring situations, like driving an automobile at night without adequate visual or auditory stimulation, may also put short sleepers at risk of drowsiness or even falling asleep behind the wheel,” he says. The next phase of the team’s research will directly test whether short sleepers who deny dysfunction are actually doing fine. In addition to brain imaging, researchers will examine cognitive performance, including during driving simulator testing. 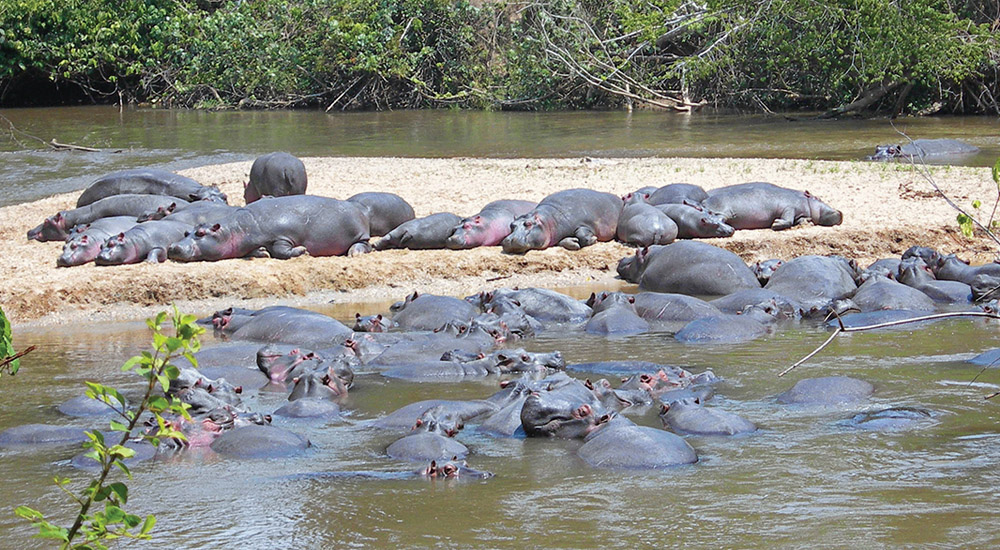 Grasslands are an important ecosystem in Africa, hosting many animals and serving as corridors for wildlife movement. A new U study published in Scientific Reports finds that loss of megaherbivores such as elephants and hippos can lead to rapid environmental and ecological change in grasslands, endangering the overall ecosystem.

Trees and non-grassy plants compete with grasses, but grazing by the large herbivores keeps the woody plants in check. Study first author and U postdoctoral scholar Kendra Chritz studied hippopotamus teeth to find a shift in the diet of hippos over the course of a decade in Uganda’s Queen Elizabeth National Park following widespread elephant poaching in the 1970s. “Within 10 years, we see a big change in what’s happening in this once diverse grassy area of the park,” says Chritz. “This is a window into the future of what could happen in East African savannas as elephants continue to be poached at the currently unprecedented rate.”

People can combat poaching by reducing the demand and financial incentive for harvesting the elephants’ tusks, Chritz says. “Not purchasing ivory and knowing which products you might use that are made from ivory is the best thing you can do to protect elephants.”

Related update: A U study published in November 2016 found that more than 90 percent of ivory in large seized shipments came from elephants that died less than three years prior. Read the news release here. 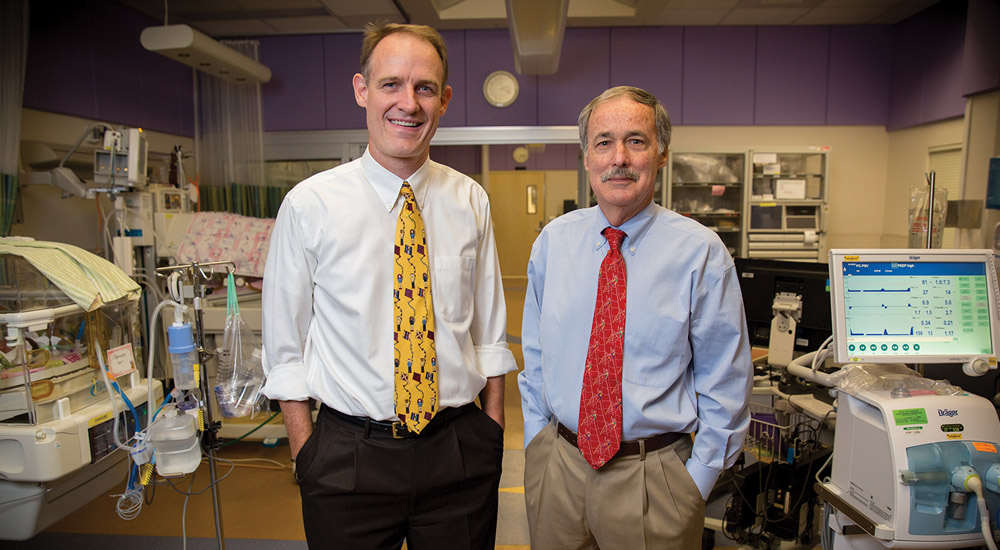 A factor found in umbilical cord blood could become the basis for developing a new therapy to fight harmful inflammation, U School of Medicine researchers report. When given to mice, the newly discovered factor countered signs of inflammation and sepsis, such as fever, fluctuations in respiratory rate, and even death. The factor circulates in the blood of newborns for about two weeks after birth and is not found in older babies or adults, according to the study published in The Journal of Clinical Investigation.

“We found something we weren’t expecting, and it has taken us to new strategies for therapy that didn’t exist before,” says Guy Zimmerman, professor of internal medicine and senior author who carried out the investigation in collaboration with lead author and associate professor of pediatrics Christian Con Yost BS’93 MD’97, along with colleagues at the U School of Medicine.

Anyone who has twisted an ankle or been stung by a bee is familiar with inflammation and its telltale redness, pain, and swelling, all positive signs that the body is mounting defenses against the insult. But under certain circumstances, inflammation can turn against us, causing damage to healthy tissue. An out-of-control inflammatory response is thought to be behind a diverse spectrum of conditions from rheumatoid arthritis to sepsis, an overreaction to infection and common cause of in-hospital deaths.

In the scientists’ blood factor study, only 20 percent of mice with sepsis survived longer than two to four days without treatment. Mice treated with the cord blood factor had triple the chance for survival, with 60 percent remaining after the same amount of time. The researchers will carry out additional studies to test the therapeutic properties of the blood factor.

Researchers at the U have found that the structure of an insulin molecule produced by predatory cone snails may be an improvement over the fast-acting therapeutic insulin currently used for diabetes. The finding suggests that the insulin produced by cone snails to stun their prey could begin working in as few as five minutes, compared with 15 minutes for the fastest-acting insulin currently available for human use.

The Conus geographus predatory cone snail and its relatives have developed complex brews of venoms to rapidly paralyze prey fish before they can swim away. The snails secrete insulin and other compounds into water near fish, causing their blood sugar to plummet, which sedates them for the snails to then easily consume.

Studying the structure of the cone snail insulin could help researchers modify human insulin to lose an inhibiting action called self-aggregation (sticking together and slowing down action), says biologist Helena Safavi, co-author on a paper describing the cone snail insulin published in Nature Structural & Molecular Biology. Safavi says that studying complex venom cocktails can open doors to new drug discoveries. “You can get new ideas from venoms. To have something that has already been evolved—that’s a huge advantage.”

Along with colleagues from Australia, U biochemists Danny Chou and Maria Disotuar as well as biologists Joanna Gajewiak and Baldomero Olivera contributed to the study. A Distinguished Professor, Olivera has long been a leader in researching cone snail toxins for neuroscience.