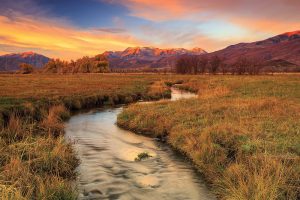 How Climate Change Impacts
Water in the West

We all know that here in the West, we rely on mountain snow for our water supply. We see the white on the peaks diminish in the spring while the streams flood and our reservoirs fill. But many want to know how climate change could interrupt this process.

In a new study published in Environmental Research Letters, a team of hydrologists that includes University of Utah professor Paul Brooks answered that question by simulating isolated climate change effects on Rocky Mountain stream systems on both sides of the continental divide, varying the type of precipitation (rain vs. snow) and the amount of energy (temperature) in the system. The answer, they found, depends less on how water enters the stream watershed, and more on how it leaves.

Climate change can affect mountain streams in two major ways: By raising the overall temperature—increasing evapotranspiration (water lost from both soil and plants)—and by shifting the precipitation from snow to rain. Both impacts could significantly alter the amount of water in a stream watershed and the amount that reaches cities downstream.

So why try to separate the influence of the two factors? “As the climate becomes increasingly more variable, we need to provide water resource managers with specific guidance on how individual warm or wet years, which may not coincide, will influence water supply,” says Brooks. Hydrologists often construct water budgets to account for all the ways water enters and leaves a system. In the case of a mountain stream, water enters as precipitation, but only a portion of this water leaves as streamflow.

In the simulations, when precipitation was changed from snow to rain, the water that would have been stored as snow ran off into the stream faster, decreasing overall streamflow. But warming the systems by 4 degrees Celsius resulted in more evapotranspiration, enough that groundwater had to support streamflow an entire season earlier—beginning in summer rather than in fall—suggesting that warmer temperatures may have more impact on streams.

The effects of these two climate change effects may vary with location, and the results need to be confirmed in real-life environments, but the research helps scientists gain a clearer picture of the future of water, especially in the mountainous west.

The full study can be found here. See the researchers further explain the study here.

Should Pregnant Women get Flu Shots? 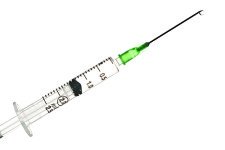 Flu season is approaching, and many pregnant women may be wondering if they should get a flu shot. A new U study shows that getting the flu vaccination while pregnant can significantly reduce the risk of infants getting influenza during their first six months of life. The authors of the study declare that the need for getting more pregnant women immunized is a public health priority.

“Babies cannot be immunized during their first six months, so they must rely on others for protection from the flu during that time,” says the study’s lead author, Julie H. Shakib, University of Utah School of Medicine assistant professor of pediatrics. Influenza results in thousands of deaths each year in the U.S, and pregnant women and young infants are among those at highest risk for dying from flu.

In the study published in Pediatrics online last May, Shakib and colleagues reported that infants age 6 months and younger whose mothers were vaccinated when pregnant had a 70 percent reduction in laboratory-confirmed flu cases and an 80 percent reduction in flu-related hospitalizations compared with babies whose moms weren’t immunized. Health records showed that 97 percent of laboratory-confirmed flu cases occurred in infants whose moms were not immunized against the disease while pregnant. 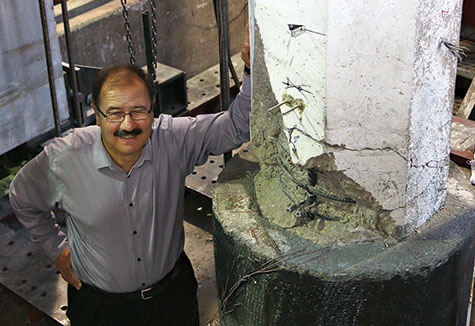 In just 30 seconds, a devastating earthquake can render a city helpless. With roadways split and bridges severely damaged, residents and emergency personnel can be prevented from moving around to rebuild.

Normally, it takes weeks to repair the cracking or spalling of columns on just one bridge damaged in an earthquake. But a team of researchers led by University of Utah civil and environmental engineering professor Chris Pantelides has developed a new process of fixing columns that takes as little as a few days.

“With this design and process, it is much easier and faster for engineers and crews to rebuild a city ravaged by an earthquake so that critical roadways remain open for emergency vehicles,” Pantelides says. The process is outlined in a recent paper published in the ACI Structural Journal. 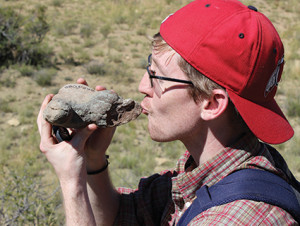 Some 252 million years ago, a series of Siberian volcanoes erupted and sent the Earth into the greatest mass extinction of all time. As a result of this, billions of tons of carbon entered the atmosphere, radically altering the Earth’s climate. Yet some animals thrived in the aftermath, and scientists now know how.

In a new study published in Scientific Reports, a team of international paleontologists, including postdoctoral scholar Adam Huttenlocker of the U’s Natural History Museum of Utah, demonstrate that ancient mammal relatives known as therapsids adjusted to the drastic climate change by becoming smaller, breeding at younger ages, and having shorter lifespans than their predecessors.

In this study, special attention was paid to the genus Lystrosaurus because of its success in surviving the Permo-Triassic Mass Extinction; it dominated ecosystems across the globe for millions of years during the post-extinction recovery period. “Therapsid fossils like Lystrosaurus are important because they teach us about the resilience of our own extinct relatives in the face of extinction, and provide clues to which traits conferred success on lineages during this turbulent time,” says Huttenlocker.

This change in breeding behavior and species size is not isolated to ancient animals. For example, in the past century, the Atlantic cod has undergone a similar change as industrial fishing has removed most large individuals from the population, shifting the average size of cod significantly downward. Likewise, the remaining individuals are forced to breed as early in their lives as possible.

A New Way to Nip HIV in the Bud? 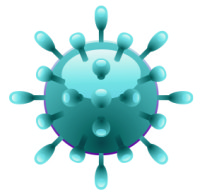 U scientists have found a way to make HIV turn on itself, promising the potential, in about a decade, for new kinds of AIDS drugs with fewer side effects.

When new HIV particles bud from an infected cell, an enzyme named protease activates to help the viruses mature and infect more cells. That’s why modern AIDS drugs control the disease by inhibiting protease. But: “We could use the power of the protease itself to destroy the virus,” says virologist Saveez Saffarian, an associate professor of physics and astronomy at the U and an investigator with the USTAR economic development initiative, and senior author of the study published in PLOS Pathogens.

So-called cocktails or mixtures of protease inhibitors emerged in the 1990s and turned acquired immune deficiency syndrome into a chronic, manageable disease for people who can afford the medicines. But side effects include diarrhea, nausea, rash, stomach pain, liver toxicity, and diabetes. “And the virus becomes resistant to the inhibitors,” says Mourad Bendjennat, a U research assistant professor of physics and astronomy and the study’s first author. “That’s why they use cocktails.”