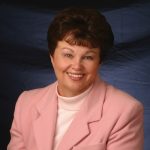 Julie Smart BA’68 MA’70 has received the Distinguished Career in Rehabilitation Education Award from the National Council on Rehabilitation Education, a professional organization of educators dedicated to quality services for persons with disabilities. In 2001, she was awarded the council’s Outstanding Researcher/ Educator Award. Now retired, Smart was a faculty member for 24 years at Utah State University’s graduate program in rehabilitation counseling, and served as program director for 10 years. Smart has translated into Spanish two testing instruments used in rehabilitation and disability practice and has published widely in the rehabilitation/ disability literature. In addition to holding a bachelor’s degree in history and a master’s degree in educational psychology from the U, Smart received a doctorate in rehabilitation counseling from the University of Northern Colorado. 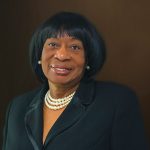 Mary Hyacinth-Houser MS’76 was inducted into Voorhees College’s 2016 Homecoming Hall of Fame. Hyacinth- Houser graduated from Voorhees in 1971 with a bachelor’s degree in history. She received a master’s degree in human resource management from the U and furthered her studies at Long Island University in guidance counseling. After spending her professional career with the New York State Department of Labor and the New York City Board of Education, she retired after 36 years in supervision and counseling. Hyacinth-Houser, an ordained minister, also founded and remains active with a Helping Hand Ministry to assist the needy, currently in Georgia and South Carolina. “A desire to help and empower others has always been my life’s focus,” she notes. 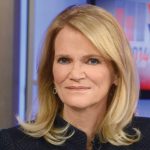 Martha Raddatz ex’75, chief global affairs correspondent for ABC News, was selected as one of two moderators of the second 2016 U.S. Presidential Debate between Hillary Clinton and Donald Trump, in October, alongside Anderson Cooper of CNN. The New York Times said the two journalists “steered debate with sharp question.” The Columbia Journalism Review noted, “Audiences for debates tower over those of all other political coverage… upping both the potential and risk of more assertive moderating. But Raddatz… proved that such hands-on direction can ultimately lead to a more revealing look at the candidates than the public would otherwise get.” Raddatz has written for The New Republic and is a frequent guest on PBS’s Washington Week. At the U, she studied speech and hearing science. 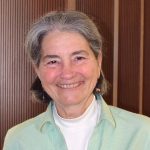 Genevieve Atwood MPA’91 PhD’06 received the 2016 Lehi Hintze Award for Outstanding Contributions to the Geology of Utah from the Utah Geological Association and the Utah Geological Survey. Atwood, who is chief education officer of Earth Science Education and former adjunct associate professor of geography at the U, has spent her career on the interface of Earth science and public policy. As a representative in the Utah Legislature, she was instrumental in establishing Utah’s mined land reclamation program, Seismic Safety Advisory Council, and dam safety program, and the state’s acquisition of Antelope Island. She also served as State Geologist. Atwood received a master’s degree from the U in public administration and a doctorate in geography. 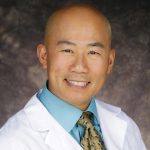 Viet Le BS’01 MPS’04 was honored with one of Utah Business magazine’s 2016 Healthcare Heroes awards. Since 2012, Le has been employed as a cardiology research physician assistant, working with the director and co-director of cardiovascular research at Intermountain Medical Center Heart Institute and at the University of Utah Hospital. He devotes a portion of his time to seeing patients in clinic and the rest of his time to research projects. Le’s research interests are wide and varied. He particularly enjoys the study of mobile health technologies and interventions. He is a member of the American College of Cardiology and the American Heart Association, and was named Physician Assistant of the Year in 2014 by Intermountain Healthcare, Urban Central Region. 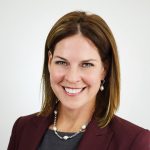 Vicki Fish MBA’08, vice president of dermatology at Myriad Genetic Laboratories, in Salt Lake City, has received a Women Tech Award for leadership excellence. Fish is one of six women recognized in late 2016 by the Women Tech Council, Utah’s most visible trade organization focused on the economic impact of women in driving high growth for Utah’s technology sector. Fish has spent 18 years at Myriad focused on patient care in the field of personalized medicine and molecular diagnostics. She is responsible for launching a gene expression assay aiding in the diagnosis of melanoma, and founded Myriad’s Women’s Leadership Forum. In addition to her degree from the U, she has a master’s degree in genetics from the University of North Texas.