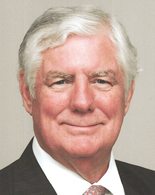 Stephen Wilson Hales MD’73 reigned as the 2017 Mardi Gras Rex, or King of Carnival, in New Orleans this February. Rex’s proclamation opens the celebration of Carnival, and he and his Queen preside over its glittering conclusion at the Rex Ball. A New Orleans pediatrician and community leader, Hales is the founder and senior associate of Hales Pediatrics and has practiced in New Orleans since arriving there in 1975. After receiving his medical degree from the U’s School of Medicine, Hales completed his residency in pediatrics in Phoenix, Arizona, as well as a fellowship at the University of Texas Health Science Center in San Antonio. A Fellow of the American Academy of Pediatrics, he served as acting chief of pediatrics at the New Orleans Public Health Service Hospital. 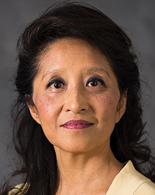 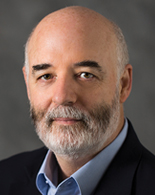 Yuan Chang MD’87 and Patrick S. Moore MD’85 MPL’86, University of Pittsburgh School of Medicine faculty members, have been awarded the 2017 Paul Ehrlich and Ludwig Darmstaedter Prize, an international research honor considered one of the most prestigious in the field of medicine. The award recognizes medical researchers who have made significant contributions in the fields of immunology, cancer research, microbiology, and chemotherapy. The duo’s Chang-Moore Laboratory is credited with discovering two of the seven known human viruses that directly cause cancer: the Kaposi’s sarcoma-associated herpes virus, and the Merkel cell polyomavirus. 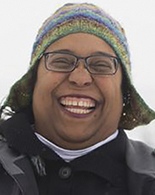 Adrienne Gillespie Andrews BA’93 BA’96 has received the ATHENA Leadership Award from the Ogden Weber Chamber of Commerce. The award recognizes professional excellence, community service, and active assistance helping women advance. Hired at Weber State University in 2005, Andrews was selected in May 2015 to serve as the school’s first chief diversity officer. The recipient of several other awards, she facilitated the creation of Ogden’s first diversity commission in fall 2016 and the Weber State Town Hall Conversations on Race series. In addition to her degrees from the U in political science and gender studies, Andrews has a master’s degree from Minnesota State University-Mankato, and another from Rutgers. She currently is a doctoral student in the U’s Department of Education, Culture, and Society. 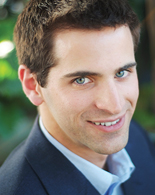 Thiago Ize PhD’09 and his colleagues at Solid Angle received a Science and Technical Award from the Academy of Motion Picture Arts and Sciences, hosts of the Oscars. Presented on February 11 in Los Angeles, the award honors their highly optimized geometry engine and novel ray-tracing algorithms that unify the rendering of curves, surfaces, and subsurface scattering. Developed at Sony Pictures, Imageworks, and Solid Angle SL, the team’s visual effects software, “Arnold,” is becoming one of the most popular programs in the industry and can be seen in films such as Captain America and the two new Star Wars movies. Arnold’s computer animation abilities include rendering photorealistic images of actors who are no longer alive. Ize lives in Utah, where he continues to work on improving the Arnold software. 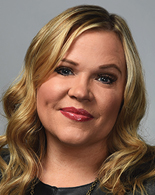 Holly Rowe BA’04, ESPN sideline reporter for college football games since 1998, is co-recipient of the U.S. Basketball Writers Association Pat Summitt Most Courageous Award, named for the women’s college basketball coach who accrued a record-breaking 1,098 career wins, and died from early-onset Alzheimer’s disease. Rowe, known for her unique style in pursuing stories of athletes and teams, has been diagnosed with cancer and in February 2016 had surgery to remove two tumors. She has battled her illness with the same passion and relentless commitment with which she approaches her job. Rowe is the first recipient of the Summitt award who isn’t an athlete, coach, official, or team public relations person. She was honored at the women’s Final Four in Dallas in April. 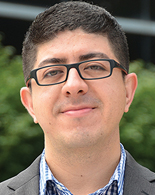 Alex Mejia MS’13 and co-authors of the article “Latina/o Adolescents’ Funds of Knowledge Related to Engineering” (published in the Journal of Engineering Education) will receive the William Elgin Wickenden Award of the American Society of Engineering Education at the society’s annual conference this summer. The award recognizes the author(s) of the best paper published in the journal. An Angelo State University faculty member since 2015, Mejia’s primary research centers on working with K-12 schools to improve the success of Latino and other under-represented students in the science, technology, engineering, and mathematics (STEM) fields. He received a bachelor’s degree from the University of Texas at El Paso, a master’s degree from the U, and a doctorate in engineering education from Utah State University.