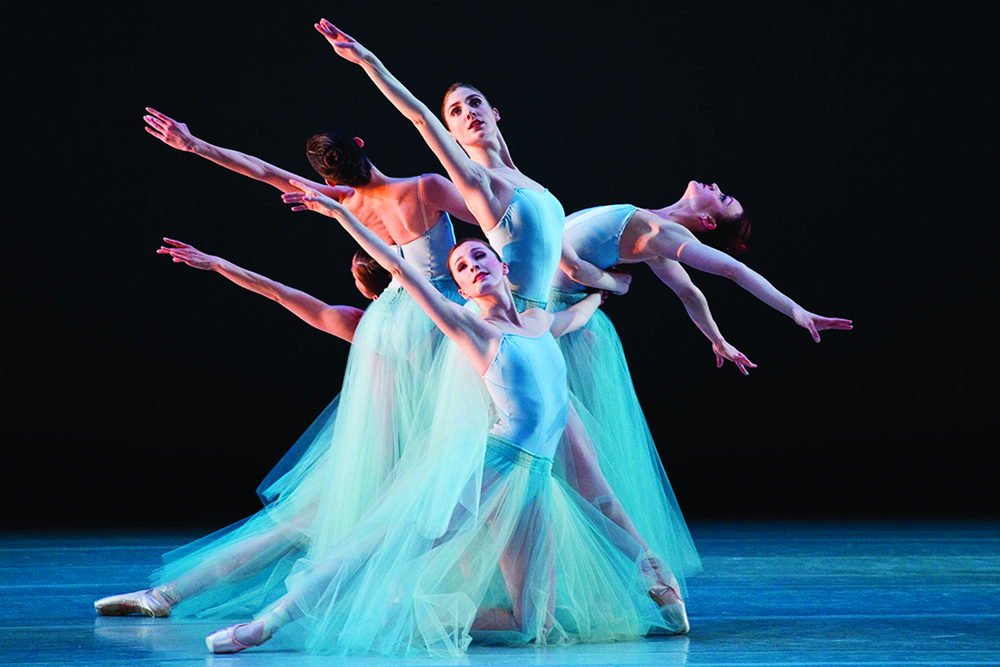 Two Utah dance companies, Ballet West and Ririe-Woodbury Dance Company, had their beginnings at the University of Utah, and both are marking their 50th anniversaries during their 2013-14 performance seasons.

Ballet West was established in Salt Lake City in 1963 by Willam F. Christensen and Glenn Walker Wallace. In 1951, Christensen, the company ’s first artistic director, had established the first ballet department in an American university, at the University of Utah. Christensen, with his brothers Lew and Harold, had earlier made history in the early 1940s by establishing the oldest ballet company in the western United States, the San Francisco Ballet. In 1949, Willam returned to his native Utah to choreograph the summer festival productions held in the stadium at the U. After two more successful summer seasons, then U President A. Ray Olpin offered Christensen the position of professor of ballet, with the mission to begin a ballet school in the Department of Theatre and Speech. Christensen created the University Theatre Ballet to give students the opportunity to perform for the community. By 1955, the new ballet company had partnered with the Utah Symphony to present their first production of The Nutcracker.

In 1963, Christensen and Wallace received a Ford Foundation grant that helped the University Theatre Ballet become the Utah Civic Ballet, a fully professional company. The company was renamed Ballet West in 1968. Today, the thriving dance company has 37 members, 11 second members, and an academy that trains dancers of all ages, many of whom have gone on to professional careers with Ballet West and companies around the world. Since its inception, the company has had five artistic directors—Christensen, Bruce Marks, John Hart, Jonas Kåge, and currently, Adam Sklute. Ballet West is now considered among the top professional ballet companies in America. 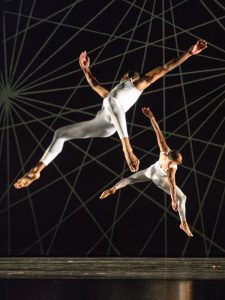 Ririe-Woodbury Dance Company was founded in 1964 by two U dance professors, Shirley Ririe BS’50 and Joan Woodbury. They are now professors emeritae, and their company is in residence at the Rose Wagner Performing Arts Center, a central hub for the arts in downtown Salt Lake City.

In 1951, Elizabeth “Betty” Hayes, director of modern dance at the University, recruited Woodbury to the faculty. Woodbury, a Utah native, had finished her graduate studies at the University of Wisconsin, and the vitality of the U’s modern dance program led her to make the University her base. Ririe, raised in Salt Lake City, returned to Utah in 1952 after her graduate study at New York University and soon found herself teaching for Virginia Tanner’s children’s dance program. Hayes introduced Ririe and Woodbury, and they soon were choreographing works together. In 1956, they convinced President Olpin to allow them to job share Woodbury ’s full-time faculty position.

They decided to form the dance company as an outgrowth of their work at the U. By 1970, the U’s dance programs were flourishing, and Ririe-Woodbury Dance Company was touring regionally. The company auditioned for and was accepted into the National Endowment for the Arts new Artists-in-Schools and Dance Touring Programs and became a full-time national touring company. The company has performed throughout the United States, as well as in Europe, South Africa, southeast Asia, and the Caribbean, and continues to expand its contemporary repertory.

Learn more about Ririe-Woodbury and professors emeritae Joan Woodbury and Shirley Ririe in the Continuum feature Striped Celebrants. Discover more about a day in the life of a ballet major at the U in our feature Barre Exam.

“We look forward to expanding this innovative partnership with Nankai University as a significant component of the reach of our Asia Center, Confucius Institute, Songdo campus, and our university ’s evolving focus on Asia,” says Robert Newman, dean of the College of Humanities. 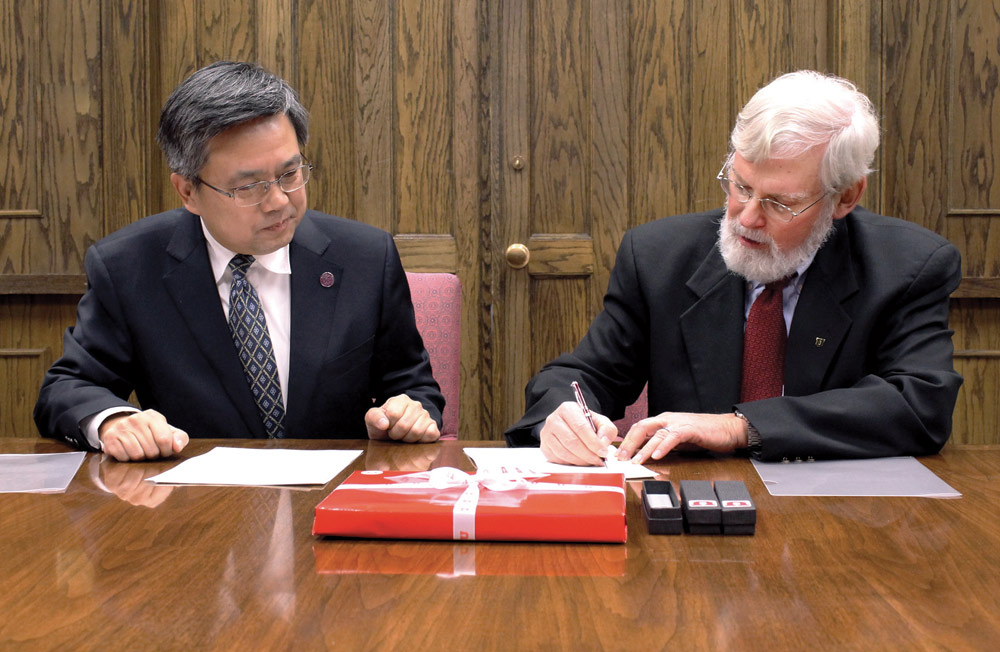 Gong Ke, left, president of Nankai University, and David W. Pershing, president of the University of Utah, sign the 3+X program agreement in November at the U. (Photo by Garrett Anderson)

Students admitted to the 3+X program will attend Nankai University for three years of study, then enter the U to complete the program. At the end of their first year at the U, students will be awarded a bachelor’s degree from Nankai University, then continue on toward their master’s degree, which will be awarded by the U. Once students are admitted into the 3+X program at Nankai University, they are still required to apply to the U to be admitted under the standard graduate admission guidelines. Students can choose from a variety of majors, including finance, comparative literary and cultural studies, communication, and teaching English as a second language. “Given Asia’s political and economic importance and the rapidly increasing number of students from Asian countries that come to Utah to study, the continent is a strong focus for global engagement at the U,” says Janet Theiss, director of the Asia Center. “Programs like 3+X are designed to build sustainable academic partnerships to foster the international goals of both sides.” 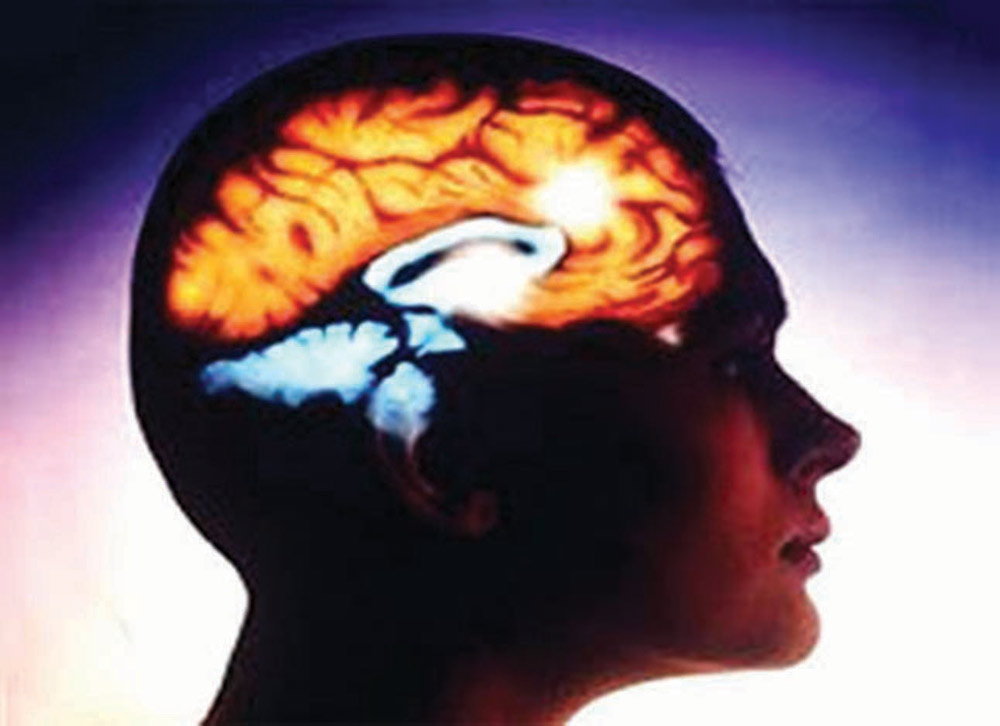 The University of Utah Hospital has officially been named by the National Institutes of Health (NIH) as a member of a unique network of regional stroke centers across the country that will work with nearby satellite facilities, have teams of researchers representing every medical specialty needed for stroke care, and address the three prongs of stroke research: prevention, treatment, and recovery.

The new system is intended to streamline stroke research, by centralizing approval and review, lessening time and costs of clinical trials, and assembling a comprehensive data-sharing system. University of Utah Hospital, the first and only Comprehensive Stroke Center in the Intermountain West, is one of only 25 centers nationwide to be selected to participate in the network.

Two University of Utah faculty members—chemist Henry S. White and science educator Aloysius S. Church—are among seven winners of the 2013 Utah Governor’s Medals for Science and Technology. White, a Distinguished Professor at the U, recently spent six years chairing the University ’s highly ranked chemistry department. Church, who now works for the U, is known as the founder and first principal of AMES, the Academy for Math, Engineering and Science, based at Salt Lake City ’s Cottonwood High School.

A third winner—Larry Rigby ex’64 of Larada Sciences—has close ties to the University. Some of the eight companies he founded are spinoffs based on University technology. Larada, for example, commercialized the successful head-louse treatment device developed at the U as the LouseBuster and now sold as AireAllé.

The University of Utah is participating in a collaborative effort for fostering prenatal through postsecondary education, career pathways, and civic engagement opportunities for all youth and families in Salt Lake City. The partnership is called the Capital City Education initiative.

The agreement came about after the National League of Cities in 2011 selected Salt Lake City, along with University of Utah Neighborhood Partners and the Salt Lake City School District, to participate in the Lumina Foundation’s leadership training for postsecondary access and success.

The University of Utah’s David Eccles School of Business has launched an online Masters of Business Administration degree. The MBA online program will give students the opportunity to pursue their degree in a convenient, interactive, and on-demand format.

The new program, which will begin enrolling students in fall 2014, will require the same demanding application standards and will be taught by the same world-renowned faculty as the U’s other highly ranked MBA programs.

The online program will provide a highly interactive learning experience for students. Each course will combine on-demand, multimedia enhanced lectures and team projects with in-depth discussions between students and faculty using video conferencing and other online multimedia forums.

“The introduction of our new online program shows that we understand how important choice is to our students,” says Taylor Randall, dean of the David Eccles School of Business. “The incredible opportunities provided by evolving technology will allow our faculty to work and interact with students in a new way, no matter where they are in the world.” 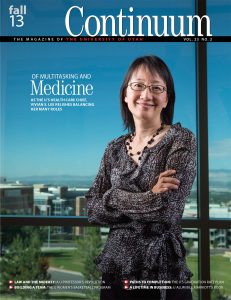 Continuum magazine and several other publications of the University of Utah have been honored with 2014 CASE regional awards. The Council for Advancement and Support of Education each year recognizes excellence by colleges and universities in several categories, including alumni relations, fundraising, public and government relations, and communications.

In all, the University received six Awards of Excellence this year from CASE District VII, which represents higher education professionals and institutions in Utah, Arizona, California, Guam, Hawaii, Nevada, and the Northern Mariana Islands. The winners were selected from more than 400 entries and were announced in February.

Continuum received a silver award in the General Interest category for magazines with a circulation of 75,000 or more, recognizing general excellence in multiple issues during the past year. Alumni Connection, the U Alumni Association’s monthly online newsletter, was recognized with a bronze award.

The John A. Moran Eye Center received two first-place honors for the publication design of “Hope in Sight Campaign Materials” and for its fundraising video See the Need. University of Utah Health Sciences also won gold in the Annual Magazines category for Algorithms for Innovation, and the Moran Eye Center won bronze in that category for FOCUS 2013. 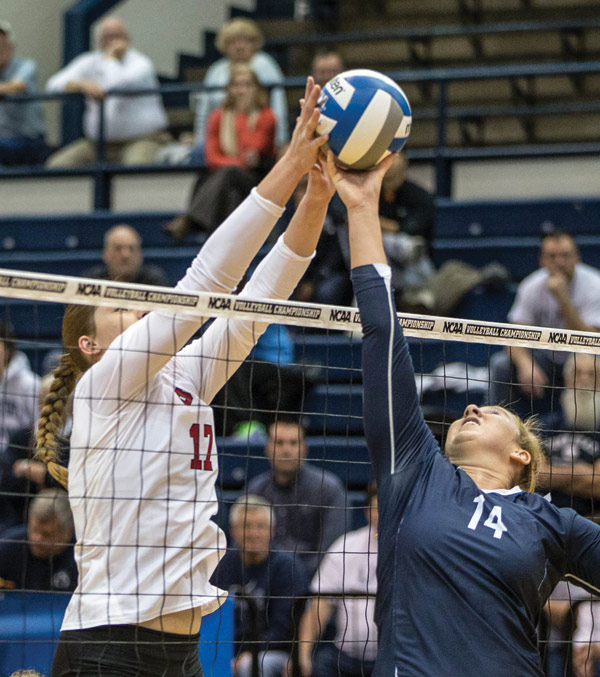 The University of Utah volleyball team returned to the NCAA Tournament in December for the first time since 2008 and earned a 3-1 firstround victory over Yale University.

The Utes fell in the second round to No. 2 national seed Penn State. This was Utah’s 11th NCAA Tournament appearance in school history.

The Utes finished 26th in the NCAA’s final RPI rankings and ended with a 21-13 overall record. It was Utah’s first season since 2008 with 20 or more wins. 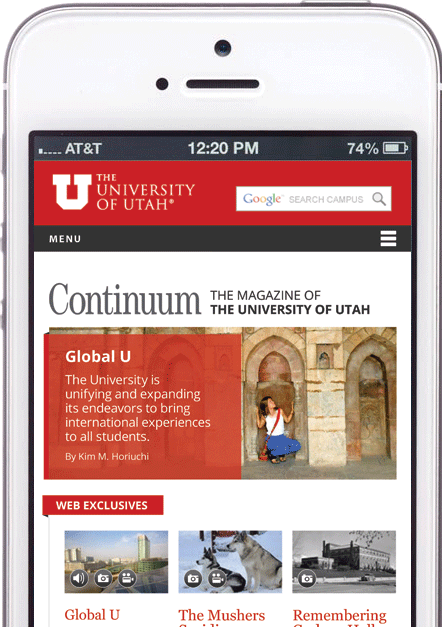 No matter the size of your computer screen or handheld device, the online edition of Continuum can now automatically adjust and adapt to make for an optimal reading experience. Check out our new design and its ability to adapt to various screen sizes, from desktop computers to phones. Find it all by browsing around our website.