The investigation found “isolated instances” of physical abuse and a pattern of psychological abuse by the coach, who was an alcoholic, Sullivan said during a July news conference to announce the findings of the inquiry. Winslow was the U’s swimming coach from 2007 until he was suspended this past February, and his contract was allowed to lapse this summer.

“After thoroughly reviewing this report, it is clear to me the Athletics Department failed to properly support its students,” Pershing says. “While the administration did place Winslow on a performance improvement plan after several complaints about his coaching techniques, a communications breakdown allowed Winslow’s personal problems to disrupt the program and create an unnecessary, uncomfortable, and inappropriate environment for our student athletes. This is unacceptable.”

Pershing has been working with U Athletics Director Chris Hill MEd’74 PhD’82 and the Athletics Department to implement appropriate change. Pershing says he is confident Hill and his staff are fully dedicated to taking whatever steps are necessary to correct their mistakes. Hill notes that during his 26 years as the U’s athletics director, the department’s top priority has been to provide strong support for its student athletes. “As this comprehensive and independent report indicates, we could have done better,” Hill says. “I could have done better. I am ultimately responsible for all of our 400 student athletes and pledge to do a better job in the monitoring of our staff and programs.”

At a news conference in July to announce the investigators’ findings, Hill apologized: “I’m sorry. I want to apologize to any of our current or former swimmers who think I didn’t do my job.”

Hill has already implemented changes within his department and will now incorporate recommendations from the investigators. The enhancements include an ombudsman to Athletics who has been appointed through the Student Affairs office and will serve as a confidential conduit for student athletes. The position, held by Ryan Randall MSW’03, will report directly to the dean of students, independent of the Athletics Department. Pershing also has appointed Karen Paisley to be a faculty athletics representative and special assistant to the president, with specific direction to monitor student welfare.

Members of the Student Athlete Wellness Team have been instructed to now report instances of abusive coaching practices directly to the director of athletics. The Athletics Department also is developing written standards for safe and effective coaching methods and must ensure these standards are strictly enforced. And Hill, during the news conference, said the Athletics Department plans to do more extensive background checks when hiring coaches.

The University of Utah will also work to better ensure all employees and students are provided with information on substance abuse and how to report it. Associate Vice President Amy Wildermuth will work to verify that the proper disciplinary process is followed if substance abuse occurs, with consequences ranging from a performance improvement plan to a required leave of absence for treatment to termination.

Read the investigators’ full report on the swimming program here.

Five New Deans Appointed at the University of Utah

The University of Utah in recent months has hired five new deans, all of whom are nationally and internationally recognized scholars, researchers, and educators in their fields.

Rena N. D’Souza became the inaugural dean of the U’s new School of Dentistry in August, when the school also welcomed its first class of 20 students. Prior to her arrival at the U, she was a professor in the Department of Biomedical Sciences at Baylor College of Dentistry and served as its chairwoman from 2006 to 2012.

D’Souza is known for her research in craniofacial development, genetics, tooth development, and regenerative dental medicine. As principal investigator and director of a National Institutes of Health-funded institutional research training grant, D’Souza supervised and mentored the training of dentists and scientists at the predoctoral and postdoctoral levels. She also organized a team of faculty who conceptualized and collaborated in an innovative, evidence-based dentistry curriculum for the DDS program supported by an NIH grant. D’Souza received her bachelor of dental surgery degree from the University of Bombay and was awarded her doctor of dental surgery, master’s, and doctoral degrees from the University of Texas Health Science Center at Houston.

The U’s College of Nursing also has a new dean: Patricia G. Morton—a nationally known expert in nursing education, critical care, and cardiovascular nursing. Morton most recently worked as a professor and associate dean for academic affairs at the University of Maryland’s School of Nursing and was a Robert Wood Johnson Executive Nurse Fellow. Last fall, she was appointed as the editor of the Journal of Professional Nursing, a scholarly journal published by the American Association of Colleges of Nursing, and she is the author of Critical Care Nursing: A Holistic Approach, a textbook now in its 10th edition. Morton holds undergraduate degrees in biology and nursing from Loyola College and Johns Hopkins University and obtained her master’s and doctoral degrees from the University of Maryland. She also completed the Acute Care Nurse Practitioner Program at Georgetown University’s School of Nursing.

In June, David Kieda was named dean of the U’s Graduate School. As professor and chair of the Department of Physics and Astronomy at the U, Kieda worked closely with faculty and administrators to establish and expand the astronomy program. Kieda received his undergraduate degree from the Massachusetts Institute of Technology and his doctorate in physics from the University of Pennsylvania. He joined the University of Utah faculty in 1990 and is an internationally known researcher on the use of astronomical telescopes and observations to study the fundamental particles and forces in the universe. He was honored with the 2012 Utah Governors Medal of Science and Technology and the U’s 2013 Distinguished Scholarly and Creative Research Award.

Also in June, Alberta Davis Comer was named dean and director of the U’s J. Willard Marriott Library and University Librarian, and she assumed her new roles in August. Prior to her arrival at the U, she had served as dean and associate dean of library services at Indiana State University’s Cunningham Memorial Library since 2004.

Under her leadership, Indiana State University developed a number of innovations, including an academic library consortium across three universities (Indiana State University, Rose-Hulman Institute of Technology, and Saint Mary-of-the-Woods College) in partnership with a county public library to establish an integrated online library catalog system. Comer, who holds a master of library science degree from Indiana University at Bloomington, has served as editor of Indiana Libraries, published by the Indiana Library Federation, as well as editor of Cognotes, the daily paper of the American Library Association Conference.

In July, the U announced that María E. Fránquiz would become dean of the College of Education this coming January. She currently teaches qualitative research methods and bilingual teacher education at the University of Texas at Austin, where she is also an affiliate faculty member in the Center for Mexican American Studies and assistant dean of Faculty Development in the College of Education.

Fránquiz, who received her doctorate at the University of California at Santa Barbara, is co-editor of the Bilingual Research Journal, the premier journal in the field of bilingual education. A native of Puerto Rico, she was taught in diverse communities during her elementary and secondary education, including Panama and Germany, and says her interest in bilingual and multicultural education stems from those experiences. 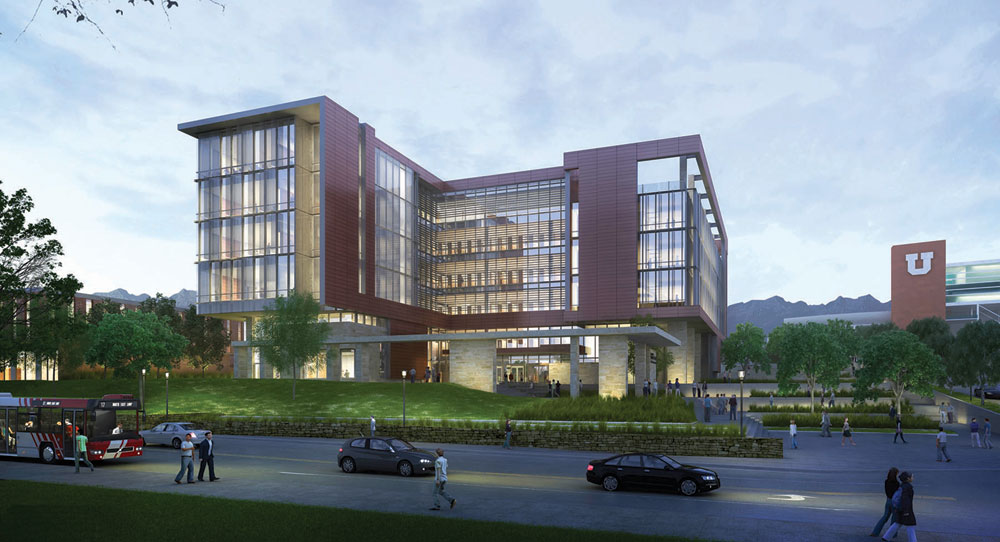 The University of Utah broke ground in June on a new College of Law building, which will facilitate new approaches to legal education based on more hands-on learning and skills training.

“With this new building, the College of Law will advance its mission to establish a ‘teaching hospital for law’—an innovative vision for the future of legal education,” says U President David W. Pershing. “Expanded and improved facilities will enable a variety of educational tracks aimed at improving the human condition, including global justice and the evolving field of biolaw.”

The facility will feature a library integrated throughout the building, state-of-the-art training facilities, spaces for collaborative research, advanced but flexible learning technology, practice courtrooms, and a top-floor conference center. The College of Law faculty plans to use the new building to expand its already substantial commitment to community service and community-engaged learning. U law students provided almost 50,000 hours of volunteer pro bono and clinical service during the 2012-13 academic year. The new building will enable the school to continue this tradition by providing facilities for direct client interaction.

The new building also is designed to achieve LEED platinum certification, the highest designation using Leadership in Energy and Environmental Design standards, and will be located at the southwest corner of campus across from the Stadium TRAX station. The building is expected to be ready for the 2015-16 academic year.

The work of ophthalmologists Geoffrey Tabin and Alan Crandall, both of the University of Utah’s John A. Moran Eye Center, is detailed in a new book Second Suns, which chronicles their efforts to end preventable blindness in Nepal.

Second Suns (Random House, June 2013), by David Oliver Relin, co-author of Three Cups of Tea, describes their work with the Himalayan Cataract Project, an organization founded in 1995 by Tabin and Ruit to help the people of the Himalayas, who have an alarmingly high incidence of cataract blindness.

The University of Utah’s Technology Commercialization Office has a new name. Now Technology & Venture Commercialization, the name change is meant to reflect the organization’s focus on commercializing inventions through partnerships with existing companies, as well as to emphasize its efforts to create new ventures. “The U has an opportunity to strengthen its leadership in successfully turning great ideas into practical applications,” says Bryan Ritchie, the organization’s executive director. The name change follows a comprehensive review of the program that also resulted in internal restructuring aimed at improving coordination and communication.

Kathryn Bond Stockton, a Distinguished Professor of English at the University of Utah, has received the Rosenblatt Prize for Excellence, the U’s most prestigious award for faculty. The $40,000 gift is presented annually to a faculty member who displays excellence in teaching, research, and administrative efforts. Stockton’s studies have focused on gender, sexuality, LGBT issues, and cultural theory. She has been a member of the U faculty since 1987 and was made Distinguished Professor of English in 2012. She also served as director of the U’s Gender Studies Program for more than 10 years, transforming it into a nationally recognized center for scholarly inquiry.

Read more about Kathryn Stockton in the Continuum feature here. 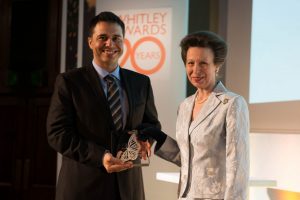 For the second time in five years, the United Kingdom’s Princess Anne awarded the prestigious Whitley Gold Award for conservation to Çağan Şekercioğlu. The University of Utah ornithologist and conservation biologist is the first person to have won the Whitley Gold Award twice from the Whitley Fund for Nature. He previously won in 2008, while working at Stanford University, for his efforts to safeguard bird-rich wetlands around northeast Turkey’s Kuyucuk Lake. He won the latest award for convincing Turkey’s government to create its first wildlife corridor for large carnivores such as wolves, brown bears, and Caucasian lynx. 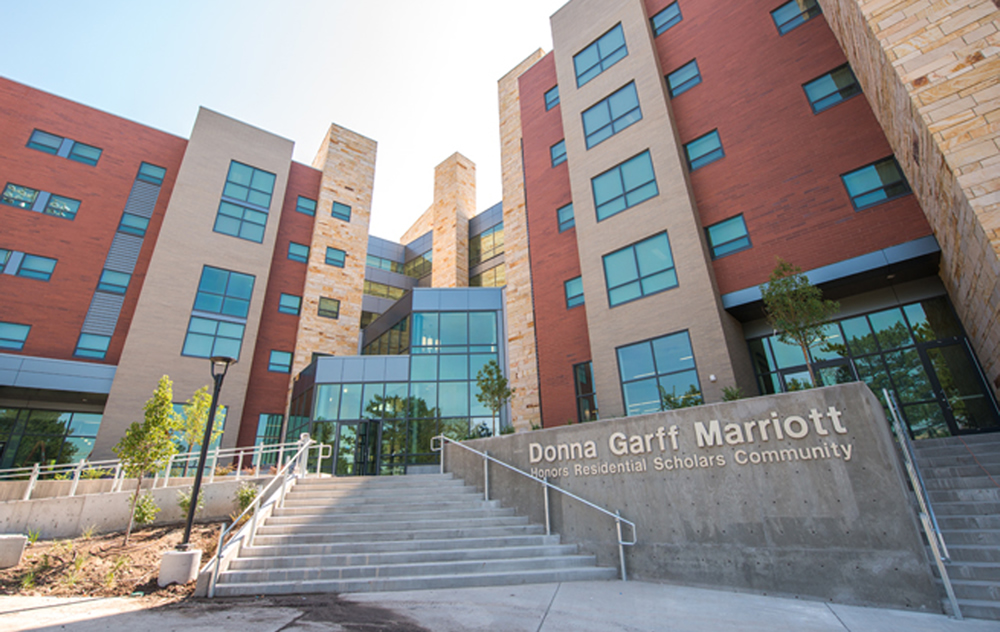 Cleone Peterson Eccles BS’57, a longtime U supporter who served on the Board of Trustees and the Alumni Association’s Board of Directors