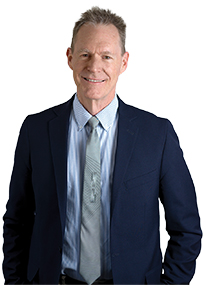 They say you can’t judge a book by its cover, but you can get to know someone by the books they read. Meet Ben Bromley, chair of the Department of Physics. By day, he studies planet formation, galactic dynamics, and astrophysics. In contrast, take a look at what he likes to read when he’s not caught up in the stars.

What's a good book you've read lately?
I picked up Malcolm Gladwell’s Outliers recently. It was really fun, giving a perspective on the roles of hard work, talent, and luck of the draw in becoming a professional success. The author emphasizes the 10,000 Hour Rule, which suggests that extraordinary mastery of a skill or trade requires training and practice over a long period of time. I like this idea now as a new department chair, because I can tell my colleagues not to worry, in just another 9,000 hours, I’ll be really good at this.

What is your favorite book of all time?
I’m from back East and lived for a time near the Appomattox Court House and other sites of great importance in the Civil War. After moving to the Mountain West, I finally picked up James McPherson’s Battle Cry of Freedom, which gives an excellent account of that critical period in our country’s history. I became a little impossible to be around when I was reading it, so wrapped up that I constantly gave friends and significantly younger family members up-to-theminute reports about what was going on 150 years ago.

What is the one book you think every student should read?
When I became a postdoctoral fellow at Los Alamos National Laboratory, my family sent a few books related to “The Lab.” Richard Rhodes’ The Making of the Atomic Bomb was one of them. It gives a great summary of the science and history around the development of nuclear weapons, as well as the role and responsibility of scientists. This book is a must-read, especially for students of physics.

Any memorable books from your youth?
I definitely have a favorite in the kids’ category, the best buddy book of all time: Officer Buckle and Gloria by Peggy Rathmann. I laughed, I cried. As a teenager, I loved the Poirot mysteries by Agatha Christie and any of the thrillers from Alistair MacLean that I could find.

MacLean’s novel Ice Station Zebra is about some espionage-murder-intrigue at an Arctic weather station. I was at school in Vermont when I read it. In the novel, the temperature was dramatically cold at Ice Station Zebra. As I was tearing through the story, we were in a cold snap in Vermont, where it was a tick below -40 degrees, the point at which Fahrenheit and Celsius scales meet. It was warmer in the novel.