Randy W. Cardon, a University of Utah student and gunnery sergeant in the U.S. Marine Corps who has served five deployments, including two tours in Iraq, was selected to receive this year’s Founders Day Scholarship.

Cardon, who grew to appreciate nature during his childhood years working outdoors, is majoring in environmental sustainability, and he hopes to work as an environmental safety officer on a Marine Corps base after he graduates with his bachelor’s degree. “I think the military has a long way to go before they’re environmentally friendly,” he says, and he wants to help address the problem. 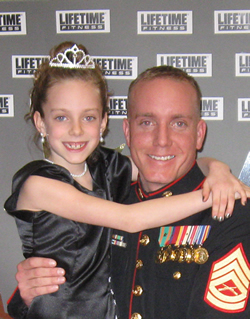 The University of Utah Alumni Association awards the Founders Day Scholarship annually to honor students who have overcome difficult life circumstances or challenges and who have given service to the University and the community.

“There are a few attributes about Randy’s character that stand out—the strength of his integrity, his enthusiastic commitment and drive to become better, and his sense of duty, honor, and service,” wrote Kathleen Nicoll, an assistant professor of geography at the U, in a letter recommending Cardon for the scholarship. “Randy is truly someone who sees opportunities instead of obstacles, and he finds a way to stay motivated and optimistic, and to inspire others.”

Cardon attributes much of his resilience and mental toughness to his childhood experiences growing up in a family that struggled through financial hardships and other adversity. He was born in St. George, Utah, and grew up working with his family on various ranches in southern Utah and a dairy farm near Shelley, Idaho. It was a hard life—the family of five at one point lived in the southern Utah desert in a 19-foot camping trailer that at times had no running water. Cardon’s mother competed in barrel racing in rodeos so she could use her winnings and pawn trophy saddles to help buy groceries. And kids in the local schools picked on him because he had to use duct tape to hold his boots together. “I didn’t want to go to school,” Cardon recollects now. “School was secondary to living. I had to work to survive, and school wasn’t very nice because of things like that.” 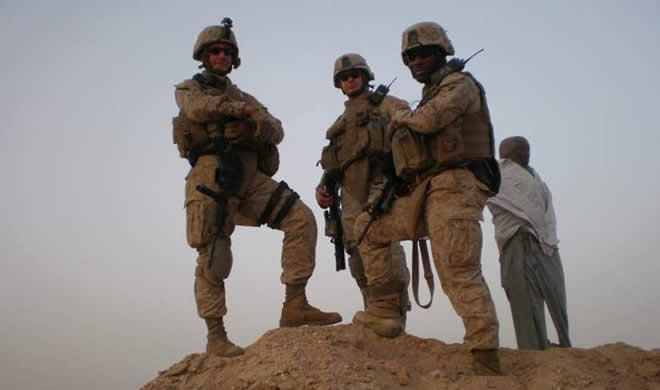 His parents divorced when he was 8, and his stepfather took in Cardon and his two sisters and treated them as his own. But the family still struggled financially, and Cardon worked to help the family with the ranch and dairy work from the time he was 11. When a Marine Corps recruiter found him at age 15, Cardon says he saw an opportunity. “I wanted to join the Marine Corps to escape the small town,” he says. “I thought of it as a way to have a future.”

Cardon had missed many days of school and wasn’t on track to graduate, so the recruiter helped him sit down with the high-school counselor and work out a plan for him to get his diploma. He went to summer school between his sophomore, junior, and senior years, and he attended night school during his junior year to make up missed work. “I did all that—I did double duty—and I graduated a half-year early,” Cardon says. 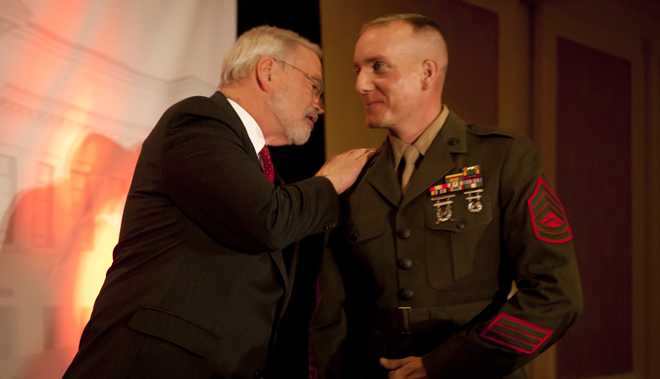 Then University of Utah Interim President Lorris Betz congratulates Cardon at the Founders Day Banquet this past February. (Photo by Nathan Sweet)

He attended recruit training in 2nd Battalion Fox Company in San Diego, Calif., where he became the platoon honor man and was meritoriously promoted to lance corporal. He continued to rise through the ranks during postings in Washington, D.C., and Camp Lejeune, N.C. His first deployment came in 2002, when he spent seven months on a ship that stopped in different spots in Africa. After that came the invasion of Iraq in 2003, and as a squad leader and platoon sergeant, he spent seven months with his unit, pushing from the Kuwaiti border to Baghdad. Once the tour was up, he returned to San Diego to be a drill instructor.

Four years later, he was back for another tour of duty in Iraq, this time in Ramadi for another seven months, as a platoon sergeant. Two more deployments followed—on a ship in the Middle East in 2008, and in Mongolia in 2009, when he was one of four Marines selected for a mobile training team for the Mongolian army. He was promoted to gunnery sergeant in 2009, and in 2010, was picked to be assistant Marine officer instructor at the University of Utah. “After sucking in the 120-degree dust of Iraq and running for my life, I now enjoy the casual walk to classes,” he says.

Cardon says he chose to attend the U in order to be closer to his 10-year-old daughter, Elise, who lives in the Salt Lake City area. “I thought this would be a chance to spend a lot of time with her,” he says, “and let her know education is important.” He also coordinates the Marines’ local Toys for Tots effort during the December holidays, and he spends his summers as a drill instructor at the Officer Candidate School boot camp in Quantico, Va. “He stands head and shoulders above others on multiple levels of merit,” Nicoll wrote. “What stands out is Randy’s degree of motivation, his intellectual engagement, his fitness, the tremendous depth of his character, and his idealistic commitment.”

Homecoming at the University of Utah is slated for September 8-15. Save the dates, and don’t miss out on any of the festivities leading up to the showdown game versus Brigham Young University. The Homecoming theme this year is “Red, White and U.”

The week kicks off with the annual Legacy of Lowell Community Service Day on Saturday, September 8, with many opportunities for volunteers to donate their time and help.
The following Tuesday, September 11, alumni who graduated 40 or more years ago are invited to attend the Emeritus Reunion, at the Natural History Museum of Utah.

Highlights for the rest of the week include the Crimson Rally on the Union Plaza the evening of Thursday, September 13. And alumni and others are invited to compete in the Homecoming Scholarship Scramble golf tournament on Friday, September 14, at the Bonneville Golf Course in Salt Lake City. The proceeds will go to help fund University scholarships for students. Early on Saturday, September 15, the U community and alumni will have yet another opportunity to have fun raising money for scholarships, with the Young Alumni 5K and Kids 1K Fun Run.

Everyone will head toward the stadium later Saturday, for the Alumni Association’s pre-game tailgate party on Guardsman Way that afternoon and then the big football game against BYU.

The chair of the 2012 Homecoming Committee is Liz Whitney BA’85 JD’87. The lead sponsor of Homecoming 2012 is University Credit Union.

The University of Utah Alumni Association honored a former U student and a staff member at its Spring Awards Banquet on April 10. 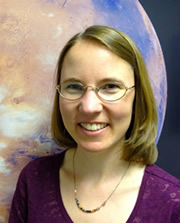 The Alumni Association’s Young Alumni Board presents its Par Excellence Award annually to a former student who attended the U within the last 15 years, in recognition of his or her outstanding professional achievements and service to the community as well as the University. This year’s honoree is Kiri L. Wagstaff BS’97, a senior researcher with the NASA Jet Propulsion Laboratory at the California Institute of Technology. The U Alumni Association also presented its Philip and Miriam Perlman Award for Excellence in Student Counseling. The recipient this year is Lori K. McDonald BS’95, associate dean of students at the University. The awards banquet festivities were held in the Spence and Cleone Eccles Reception Room at Rice-Eccles Stadium. 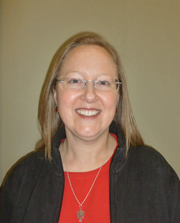 Wagstaff graduated from the U with a bachelor’s degree in computer science before going on to receive master’s and doctoral degrees from Cornell University and a master’s from the University of Southern California. She now works as a senior researcher at the NASA Jet Propulsion Laboratory at the California Institute of Technology. She specializes in machine learning and investigating problems that lie at the interface between computer science, geology, and astronomy. Her projects at the laboratory have included finding ways to automatically identify landmarks and detect change in Mars orbital images, tracking the north polar ice caps on Mars, and predicting county-level crop yields from orbital images of Earth. Outside of work, she volunteers in the technology center of her local public library and serves on the LGBT Youth Task Force.

McDonald, who holds a master’s degree from Ohio State University in addition to her bachelor’s degree from the University of Utah, has worked in student counseling at the U since 1997 and became associate dean of students in 2007. Her responsibilities include coordinating the student-conduct administration process and serving as the chief hearing officer for the University. She also advocates for students facing challenges and behavioral difficulties. And she advises the Associated Students of the University of Utah in all areas of student government.

Amid all this, she has been dedicated and disciplined in pursuing a doctoral degree at the University, in educational leadership and policy. “She is seen as a leader among both students and staff,” says Kari T. Ellingson, associate vice president for student development at the U.