Four outstanding graduates of the University of Utah and one honorary alumnus received 2013 Founders Day awards in February. Health care and public policy expert Robert P. Huefner BS’58, automotive dealer and philanthropist Mark C. Miller ex’70, historian Laurel Thatcher Ulrich BA’60, and businessman Norman H. Wesley BS’72 MBA’73 were each presented with the Distinguished Alumnus/a Award at the Founders Day Banquet on February 28. These awards are the highest honor the University of Utah Alumni Association gives to U graduates, in recognition of their outstanding professional achievements and/or public service. Philip G. McCarthey received an Honorary Alumnus Award, in recognition of his support of the University.

Huefner, after graduating from the U, went on to receive a master’s degree in city planning from the Massachusetts Institute of Technology and a doctorate in finance from Harvard University. He is a noted health care and public policy expert, and he directs the Institute of Comparative Health Services Research at the University of Utah, where he is a professor emeritus of political science.

Huefner formerly worked in city, county, state, and federal governments and held the Governor Scott M. Matheson Presidential Endowed Chair in Health Policy and Management at the U.

Miller, founder and owner of Mark Miller Auto Group, has been a pioneer of automotive industry computer programming. He has also been a leader in environmental responsibility, building two LEED-certified facilities.

Miller has donated millions of dollars to a wide range of nonprofits and is also an active volunteer with Angel Flight, an organization of pilots who provide free transportation of medical supplies, patients, and more.

Ulrich, after graduating from the U, later received a master’s degree in English from Simmons College and a doctorate in history from the University of New Hampshire. She is an esteemed historian and Harvard University professor, and in 1991, her book A Midwife’s Tale: The Life of Martha Ballard Based on Her Diary, 1785-1812, won the Pulitzer Prize for history.

Ulrich in 1976 coined the phrase “Well-behaved women seldom make history,” which later became a popular slogan. Her current book-in-progress is “A House Full of Females”: Faith and Families in Nineteenth-Century Mormon Diaries.

Wesley has also served community and philanthropic programs, including as a member of the National Advisory Board of the U’s David Eccles School of Business and the Civic Committee of the Commercial Club of Chicago, which promotes civic and educational projects.

McCarthey, who holds a bachelor’s degree from Gonzaga University, is a longtime donor to the U and former member of the Crimson Club Board of Directors.

In recognition of one generous gift, the indoor practice football field on Guardsman Way is named the Thomas Kearns McCarthey Field in his father’s memory.

The McCarthey family also gave the $2 million lead gift that enabled the U to unveil a new on-campus track and field in 2010 after the U had been nearly 30 years without one.

Scholarship Winner Wants To Help Others

Shirlee J. Draper, a University of Utah student in social work, has been selected to receive the 2013 Founders Day Scholarship.

Draper grew up in the Fundamentalist Church of Jesus Christ of Latter-day Saints (FLDS) community in Colorado City, Arizona, and Hildale, Utah. “In a society where outspokenness (especially in females) was not acceptable, I was outspoken,” she says. She obtained her associate degree from Mohave Community College before she was married.

Her husband was chosen for her through assignment, according to FLDS custom. She had four children, including one who has health challenges. Draper eventually decided to take her children and leave the FLDS community. 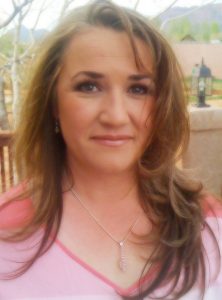 She found mentors and now is enrolled in the U College of Social Work’s Distance Program in St. George, Utah. “Although she was constrained by the bounds of that [FLDS] community, she was a seeker of knowledge,” writes Susan Ann Stauffer BUS’91 MSW’98 PhD’07, an associate instructor in the U program, in recommending Draper for the scholarship.

“She extended herself in study and learning, and eventually, courageously, chose to leave the FLDS community,” Stauffer says. “She has learned, mostly by her own wits, how to survive and succeed. Her journey has been difficult and trying, but she has a steely strength.”

Draper says her main inspiration has been her children. After she graduates, she aims to continue to assist other women and children who have left the FLDS community, or want to leave, in making a successful transition to the larger world. “I have been able to help other people who, like me, leave the FLDS with no coping skills, no assets, and no idea how to proceed,” she says. “I laugh as I wonder where I will end up, because if I have learned nothing else, I have learned that life will continue to present me with challenges. I know that I absolutely have the resilience and the tenacity to overcome obstacles and challenges and turn them into opportunities and assets.” 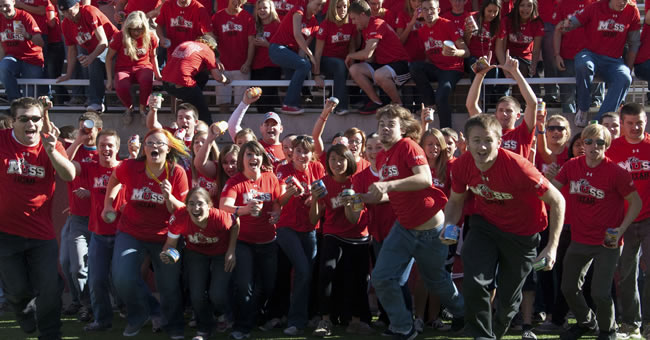 Don’t underestimate the power and determination of University of Utah alumni and students: They delivered on their promise to the Utah Food Bank to make this year’s Unrivaled Rivalry Food Drive a huge success. Their efforts resulted in an impressive 400,030 pounds of donated food and $85,424 in monetary contributions.

From November 5 to 24, the U Alumni Association’s Community Service Committee and Student Alumni Board mobilized the campus community, along with 36 local elementary schools and dozens of grocery stores and businesses throughout the Salt Lake Valley.

“[The] University of Utah food drive truly is unrivaled,” says Karen Sendelback, chief executive officer of the Utah Food Bank. “When combining food and funds, [the 2012] drive will feed 538 individuals for one year, 135 families of four for one year, or 67 families of eight for one year. Any way you look at the results, this annual event is crucial in the fight against hunger in Utah.” 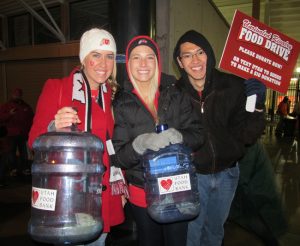 Until 2012, the annual food drive was based on an 18-year rivalry between the University of Utah and Brigham Young University. Citing the changing nature of the schools’ rivalry, BYU last year informed the U Alumni Association that it would no longer compete and instead would participate with other Utah County higher education institutions in a cooperative food drive. That didn’t deter the U volunteers, who forged ahead with the Unrivaled Rivalry Food Drive.

Student Alumni Board member Jackson Haslam, a junior majoring in communication, helped arrange collections of food and money in local grocery stores. “We had a great time collecting, and people were very generous,” he says. “We’re very thankful to Smith’s, Dan’s, and Harmons for providing us the opportunity.”

“We’re very excited about the overwhelming results from our food drive,” says Craig Stagg BSN’83, a member of the U Alumni Association Board of Directors and chair of the board’s Community Service Committee. “The contributions will definitely help those in need throughout our community.”