Four outstanding graduates of the University of Utah and two honorary alumni were recognized with 2015 Founders Day Awards in February.

The recipients of the Distinguished Alumni Awards were Gregory J. Goff BS’78 MBA’81, a leader in the energy sector; Brent C. James BS’74 BS’76 MD’78 MSt’84, an expert in health care delivery; Gretchen W. McClain BS’84, an accomplished aerospace engineer; and Clayton J. Parr BS’60 MS’65 JD’68, a widely respected natural resources lawyer. John and Melody Taft were presented with the 2015 Honorary Alumni Award. The Founders Day awards are the highest honor the University of Utah Alumni Association gives to U graduates and friends, in recognition of their outstanding professional achievements and/ or public service, as well as their support of the University.

After receiving his MBA, Goff was hired by Conoco Phillips, where he held senior leadership positions including senior vice president of the commercial division; managing director and chief executive officer for Conoco JET Nordic (based in Stockholm, Sweden); and president of the international downstream division (based in London). In 2010, he joined Tesoro as president and chief executive officer.

Since he became CEO, the company’s stock and growth have soared, and in 2012, chiefist.com ranked him the No. 1 mid-cap CEO based on the previous two years’ metrics. In addition to donating his time as a member of the national advisory board for the U’s David Eccles School of Business, Goff has also generously donated to the school for decades.

James is recognized as being among the most influential leaders in health care nationally and has often testified before congressional committees. He serves as chief quality officer at Intermountain Healthcare, and he also teaches at Harvard University, Tulane University, the University of Sydney, and the University of Utah.

Trained and established as a surgeon in Boston, James returned to Utah from Harvard and joined Intermountain in 1987. As the leader of Intermountain’s Institute for Health Care Delivery Research, which offers advanced training program courses for health care executives, James has instructed thousands of health care leaders from throughout the world.

McClain started her career in the defense and aerospace industry with Hercules, Atlantic Research, and Grumman Corporation before joining NASA in 1990. During her nine years with NASA, she was a senior leader in guiding space shuttle initiatives and played a pivotal role in the successful development and launch of the International Space Station Program as chief director of the space station and deputy director for space flight, managing the space station’s $2 billion annual budget.

In 1999, she moved to AlliedSignal (which became Honeywell), where she served in successive vice presidential posts. In 2005, she was recruited by ITT and steadily moved up in leadership of its water business. From 2011 to 2014, she was CEO of Xylem, which was spun off from ITT.

Parr has been a leader in natural resources law for more than 40 years. He has represented some of the world’s largest mining and oil and gas companies, and from the inception of Chambers USA-America’s Leading Business Lawyers, he has been named one of the top Energy & Natural Resources lawyers in Utah. He has also been continually listed in The Best Lawyers in America.

Parr has served as president of the Rocky Mountain Mineral Law Foundation and the Utah Association of Petroleum and Mining Landmen, and he has chaired committees for the American Bar Association and the Utah State Bar. He also has taught mining law at the University of Utah S.J. Quinney College of Law. 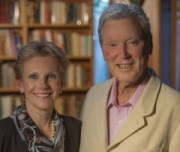 The Tafts led the donation of 16 acres of land and a renovated ghost town in Montana’s Centennial Valley to the University of Utah in 2012 for a new Taft- Nicholson Environmental Humanities Education Center, along with their friends Bill and Sandi Nicholson. The programs and workshops at the new U center provide an innovative educational experience that introduces students and visitors to the history and conservation value of the area.

Melody and John, a retired California developer, are lifelong naturalists and philanthropists who now lead the Montana-based International Center for Earth Concerns.

Dart grew up in the Phoenix, Arizona, area and came to the University of Utah as a freshman in 2011. Halfway through the spring semester of her freshman year, a hemorrhage from a malformed blood vessel in her frontal lobe made brain surgery an uncomfortable reality. She underwent the surgery in May 2012 and then began the arduous process of recovery. “It takes a lot of patience,” she says, “but if you work hard, you can get there.” She now is back attending classes full time and, after receiving her undergraduate degree in biology, plans to go on to pursue a master’s degree in public health and work in epidemiology and pathology.

In addition to her studies, Dart holds two part-time jobs on campus to help pay for her education. She works as an equipment lab aide for the U Department of Film and Media Arts, and she also is an assistant in the laboratory of U biology professor William Brazelton. In Brazelton’s lab, she has been involved in a project that requires working with DNA sequence databases and organizing the datasets. This past summer, she participated in a weeklong field expedition to Newfoundland with Brazelton and his colleagues. She is currently working on processing environmental samples from the trip for DNA sequencing. 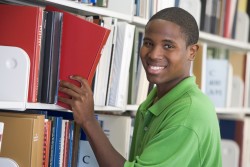 A mentoring and scholarship program developed by the University of Utah Emeritus Alumni Board has received a silver award from the Council for Advancement and Support of Education’s District VII, representing the Western region. The Emeritus Bryant Scholarship Project was honored in the category of programming for special constituencies.

The program helps make a college education possible for Bryant Middle School students who are selected to participate, with the incentive of a $5,000 scholarship to the University of Utah or Salt Lake Community College when they graduate from high school. Many of the students and their families have fled hardship and political strife in their home countries, and the students will be the first in their families to attend college. They have come from nations such as Ethiopia, Eritrea, Kenya, Liberia, Mexico, Somalia, Thailand, and Tonga. To receive the scholarship, the students must meet specific criteria regarding grade point average. In 2014, the Emeritus Alumni Board presented four scholarships of $5,000 each to the program’s first graduating class.

In order to provide ongoing support for the students until high school graduation, Emeritus Alumni Board mentors work with them as tutors, with help from U students in the LEAP (first-year learning community) program.

To contribute to helping support the project, click here.

Learn more about the Bryant project in a previous Continuum feature here. 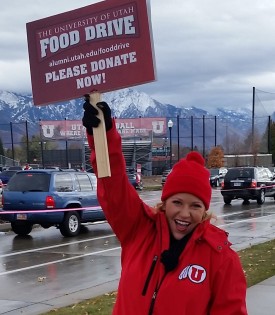 The final results are in, and the University of Utah Alumni Association’s United Against Hunger Food Drive in November collected $62,538 as well as 312,003 pounds of food for the Utah Food Bank.

The effort was the 21st annual food drive organized by the Alumni Association, and dozens of volunteers helped gather donations this year. As part of the monthlong efforts, some of the volunteers braved bad weather to collect donations outside Rice-Eccles Stadium before the Utah vs. Oregon football game on November 8 and in the tailgate lots before the Utah vs. Arizona game on November 22. Members of the Student Alumni Board and The MUSS Board also collected food and money at local grocery stores for five nights before Thanksgiving.

“The Alumni Association, Student Alumni, MUSS, and Emeritus Alumni boards all embraced this year’s food drive theme by uniting in their support and efforts to make this event successful,” says Jennifer Foote BS’86, the U Alumni Association board member who led the food drive effort. “It was rewarding to achieve such great results and to help so many of Utah’s hungry.”

“The Utah Food Bank is incredibly grateful for the support of the University of Utah Alumni Association,” says Ginette Bott, the food bank’s chief marketing officer. “To see students working so hard to help people in their own community is always inspiring. We consider each and every person and organization who donates their food, time, or money to this important effort to be a true partner in fighting hunger statewide.”

One thought on “Association News”