The University of Utah Alumni Association has welcomed eight new members of its Board of Directors, as well as a new board president and vice president, and new presidents of four of its five affiliate boards. The new members and leadership were introduced by departing board President Keven M. Rowe BS’83 JD’86 and Vice President Heidi Makowski BS’83 at the association’s annual board meeting in May. 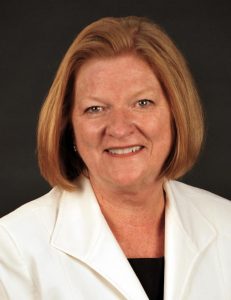 The new president of the Board of Directors is Julie Barrett BA’70, who has enjoyed a distinguished career in education and development. Barrett retired in May as associate head of school for Rowland Hall School. During her more than 30 years at the school, she received a Certified Fund Raiser Executive designation and was named the Utah Fund Raiser of the year in 1994. She has also served on the CASE Commission for Philanthropy and the CASE District VII board. As a member of the Alumni Association’s board for the past three years, she has served as chair of the Awards and Scholarships Committee and as a member of the Community Service and Board Development committees. 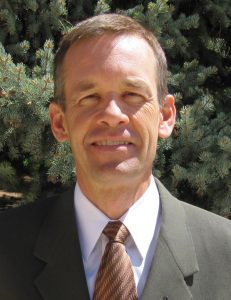 The board’s new vice president is Scott Verhaaren BA’90 MBA’91. Verhaaren has been on the board for two years, serving as a member of the association’s Legislative Relations, Awards and Scholarships, and House Renovation committees and representing the Alumni Association on the Crimson Club board. He has also been an active supporter of the David Eccles School of Business. Verhaaren is senior partner at The Boyer Company, and in connection with that responsibility, he has held several positions with the International Council of Shopping Centers. 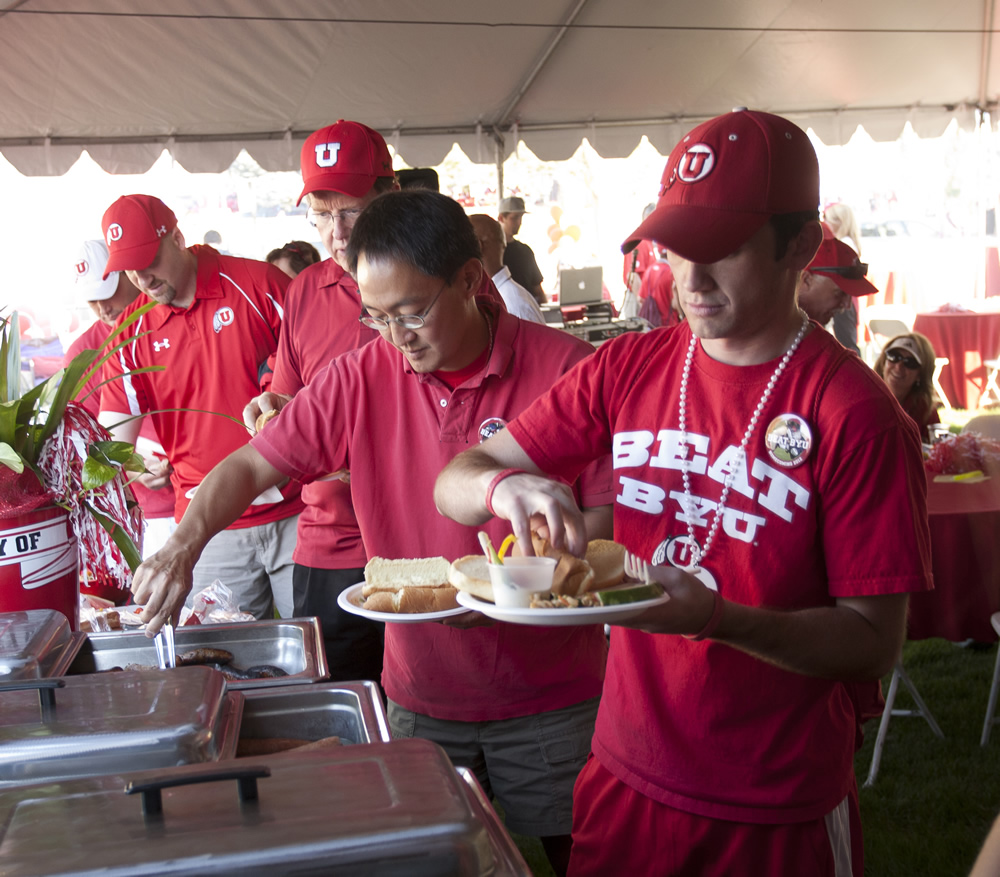 The Official Utah Tailgate Parties will include each a full buffet, with food and beverages as well as prizes, giveaways, Utah merchandise, music, and more. Register online at ulink.utah.edu/tailgates.

Three students were recognized with scholarships from the University of Utah Alumni Association and University Neighborhood Partners during a 2014 Partners in the Park picnic in Salt Lake City.

U graduate student Tina Huynh BS’12 received a $5,000 scholarship, while Enoabasi Etokidem and Isabel Aranibar each won $3,000 scholarships. Ruth Watkins, the U’s vice president for academic affairs, and Julie Barrett BA’70, the new president of the U Alumni Association’s Board of Directors, presented Huynh with a certificate of honor for her scholarship during the Partners in the Park festivities in June. Community members from the city’s west side are invited to attend several Partners in the Park events each summer, including the annual picnic co-hosted by the Alumni Association, to learn more about the U and higher education, plus have some food and fun. 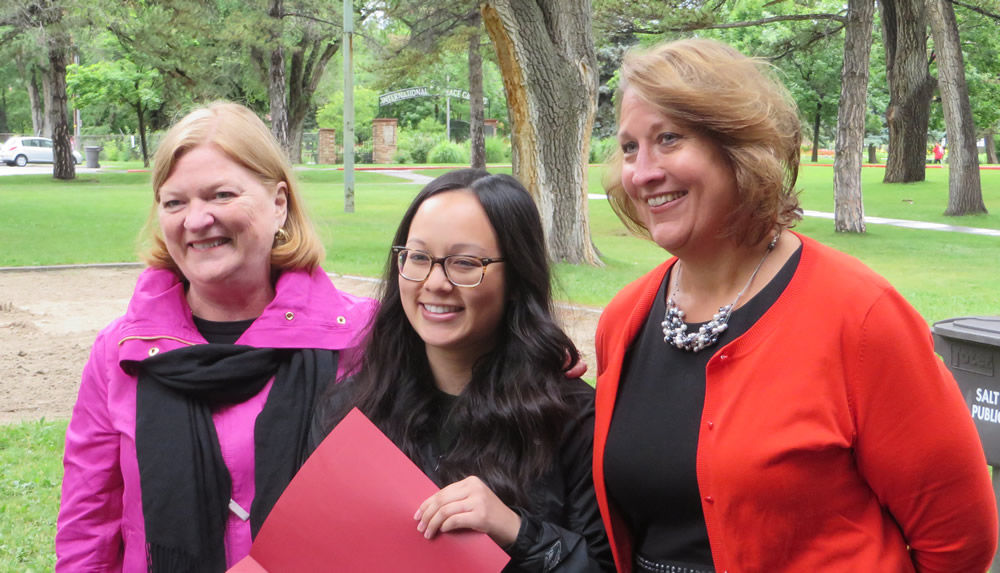 Huynh, whose parents immigrated to the United States from Vietnam, is currently seeking dual master’s degrees in health administration and public health at the U and aims to become a health administrator with a nonprofit organization focusing on health promotion and education for children and members of minority groups. Etokidem, who immigrated to the United States from Nigeria with her family when she was a child, is a U undergraduate studying applied math and finance and hopes to attend medical school, become a physician, and return to Africa to open clinics that provide free or low-cost preventative care and treatment. Aranibar, who moved to the United States from Peru, has been taking courses at Salt Lake Community College and will enroll at the U in the coming year to study psychology. She also eventually wants to attend medical school and become a physician.

As that office’s community outreach strengthened, the need to help students financially became apparent. The majority were first-generation students with the desire to succeed at the University, but without the financial resources to complete their education. The Alumni Association/University Neighborhood Partners scholarship program was established to serve a wide range of students, from incoming freshmen to those in graduate programs. The scholarships have helped many incoming students get a solid start and others to fulfill their goals of a college degree.

Six students who were among the first group to participate in the University of Utah Alumni Association’s Bryant Scholarship Project are starting college this year. Launched in 2010 through a generous donation from a former board member, the U Emeritus Alumni Board’s project helps refugee students at Salt Lake City’s Bryant Middle School in the ESL (English as a Second Language) and tutoring programs by offering them the possibility of a $5,000 scholarship to attend college. Many of these students and their families have fled hardship and political strife in their home countries.

The scholarship possibility provides them with an added incentive to succeed through high school. They are selected as candidates for the scholarship when they are in eighth grade and can redeem the award when they graduate from high school, provided they have met certain benchmarks of academic achievement.

Among the students who were the first participants in the Bryant Scholarship Project, Bryan Mone has received a full football scholarship to attend the University of Michigan this coming year. Sabrin Hassan, Cozie Ma, and Mercy Paih will be attending Salt Lake Community College. Estafanous Pulale aims to go to Weber State University. And Leo Paih is enrolled at Utah Valley University.

More than 50 University of Utah alumni from 11 countries attended this year’s U European Alumni Reunion, held in Oslo, Norway, in June.

Former U students from Austria, Belgium, Egypt, Finland, Germany, the Netherlands, Norway, Romania, Taiwan, the United Kingdom, and the United States gathered for the festivities.

The attendees included Jörg Ehehalt, president of the European Alumni Association, from Germany, and board members Alexandra Kaul, also from Germany, and Muriel Van Alsté, from the Netherlands. Espen Thoegersen, a former U student from Norway, and U alum Per Christian Nicolaisen BA’82 helped organize the reunion.

In addition to touring local attractions, such as the Nobel Peace Center, the attendees met for a reunion dinner that was held at Olivia–Aker Brygge Restaurant. Featured speakers included Kirk Jowers BA’92, director of the U’s Hinckley Institute of Politics, who talked to the alumni about the disenchantment of the U.S. electorate and how the U is making a difference.

Nelly Divricean BS’09 MS’12, the U Alumni Association’s international alumni relations manager, then presented the 2014 Alumni Award for Contributions to the European Alumni Association to Petra Hammerle, from Austria.

Hammerle attended the U in 1993-94 as an exchange student and stayed involved with the University in subsequent years, including serving as president of the European Alumni Association from 2003 to 2006. View the Alumni Association’s Facebook album of the reunion here. 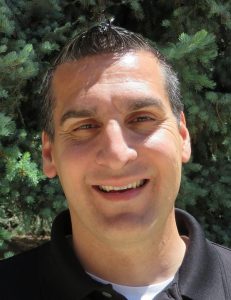 The University of Utah Alumni Association has hired David Viveiros to be its business development manager. He is overseeing all corporate sponsorships and advertising endeavors, including ad sales for Continuum magazine.

Viveiros comes to the U with an extensive background in developing marketing plans and creative strategies. Most recently, he has been executive director of SPG, an Orem, Utah-based consulting firm that focuses on sports events and promotion.

Prior to that, he was director of the Bruin Club and athletics marketing at Salt Lake Community College. He also has worked in sports marketing and promotion at Southern Utah University. “I am thrilled to be part of the team at the University of Utah Alumni Association and to be associated with such a great brand,” Viveiros says.

If you and your company are interested in exploring sponsorship and advertising opportunities with the association or with Continuum, please contact Viveiros for more information, at (801) 581-3718.