The University of Utah Alumni Association has appointed four new members of its Board of Directors and three new presidents of the board’s affiliates.

The new board leaders and members were announced by Board President Keven M. Rowe BS’83 JD’86 and Vice President Heidi Makowski BS’83 at the association’s Annual Board Meeting in May, at the Alumni House.

Allred is the director of management services and executive assistant to the senior executive team of C.R. England, Inc., a Salt Lake City-based global transportation provider and the world’s largest refrigerated carrier. Eubank is vice president for human resources with Fred A. Moreton and Company, an insurance provider with offices in the Intermountain West. Foote owns JF Fitness and works as a home personal training and fitness consultant. Waterman is director of communications for CHG Healthcare Services in Salt Lake.

The new leaders of the Alumni Association’s affiliate boards are Erek Anderson BA’91 MBA’93, Brayden Forbes, and Madlyn Tanner BA’61. Anderson works as a certified public accountant with WesTech Engineering in Salt Lake City. Forbes is a senior at the U majoring in cellular biology and is planning to enroll in medical school next year. Tanner is a freelance editor and worked for several years as a corporate secretary at MOXTEK Inc. in Orem, Utah. 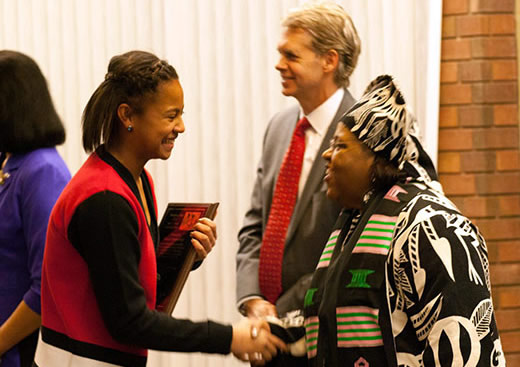 The University of Utah Alumni Association has received the “Keeping the Dream Alive” award from the U’s Dr. Martin Luther King, Jr., Celebration Committee, in recognition of the association’s longstanding support. John Fackler BS’89 BS’94 MPAcy’95, a director of alumni relations, was also presented with a “Keeping the Dream Alive” award for his distinguished service on the committee.

The awards were presented by Jennifer Williams Molock, U assistant vice president for equity and diversity, and other MLK Committee members. The association has supported the annual MLK Rally and Marade for the past five years and has provided annual sponsorship of 15 Martin Luther King, Jr., Youth Leadership Awards for more than 15 years. Fackler has served on the committee for 13 years.

The rally program includes speeches and musical presentations relating to the late civil rights leader Martin Luther King and the ongoing social justice movement. Following the rally, participants in the marade (a portmanteau of “march” and “parade”) make their way from East High School in Salt Lake City to Presidents Circle at the U.

The Youth Leadership Awards, presented the night after the marade, honor outstanding students in the seventh through 12th grades from throughout the state of Utah for their commitments to the ideals professed by King. 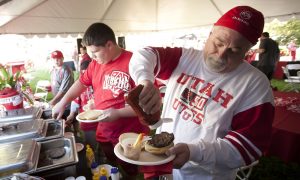 The official Utah Tailgate Parties will include a full buffet, with food and beverages as well as prizes, giveaways, Utah merchandise, music, and more.

European Reunion Held in the Netherlands 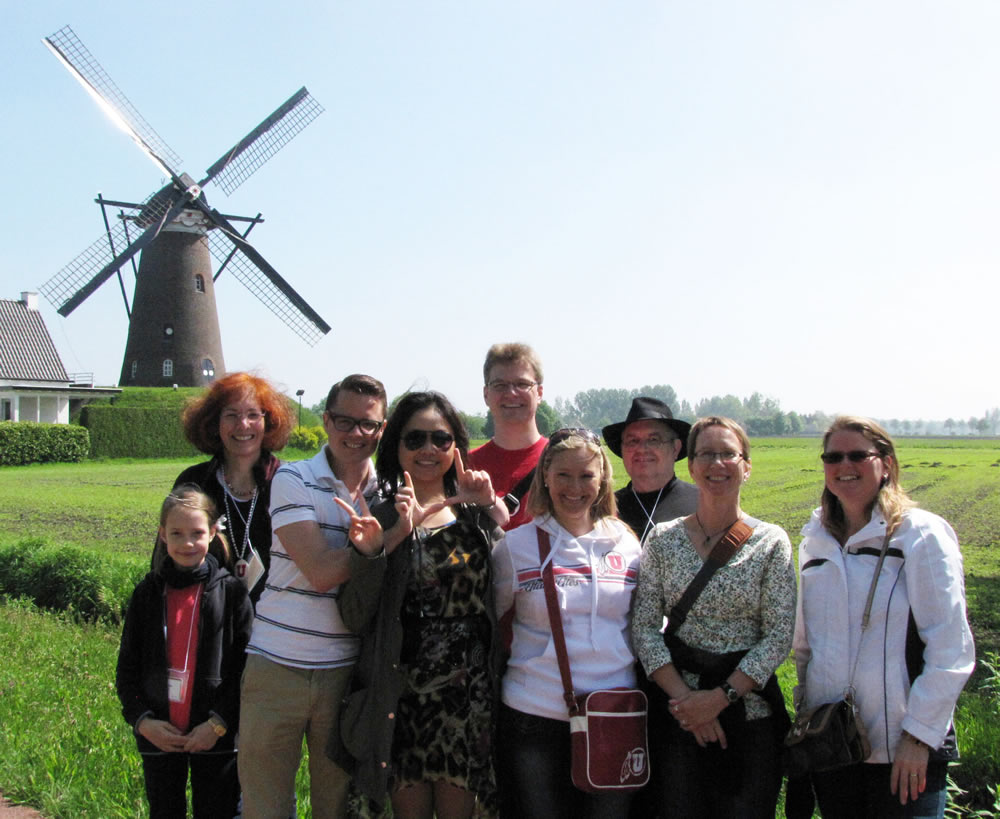 The University of Utah’s 15th European Alumni Reunion, organized by former U exchange students Muriel Van Alsté and Esther Gloudemans, was held May 17 to 19 in Eindhoven, the Netherlands, a city known for its high-tech industry. Eindhoven, located in the province of North Brabant, in the south of the Netherlands, is the fifth-largest city in the country. The Philips electronics company was founded there in 1891, and the city is a mix of modern design and old industries.

More than 30 alumni from eight countries delighted to see Eindhoven’s highlights, as well as city-center celebrations held at the time for Pentecost weekend. The reunion also included a visit to the town of Nuenen, once home to Vincent van Gogh, and the beautiful Windmill de Roosdonck.

An official dinner was held at Usine, the former main office of Philips, which is now an elegant Dutch restaurant. Jörg Ehehalt, president of the European Alumni Association, welcomed those attending, and Michael Hardman, the U’s chief global officer, and Sabine C. Klahr, deputy chief global officer, provided an update about the University and its new Global Office of Engagement. Monica Ferguson, director of the U’s Global Leadership and Engagement Institute, presented an Alumni Award to Ehehalt, who was an exchange student at the U in 1996-97, for his contributions to the European Alumni Association.

European alumni have held a reunion to celebrate their University of Utah roots every year since 1998, when their first gathering was in Heidelberg, Germany.