When Rosa Vissers MFA’07 came to America from the Netherlands for the University of Utah’s dance program, she intended to stay three years, then go back to Europe to continue her creative career. “But life had other plans,” Vissers says with a twinkle in her eye. 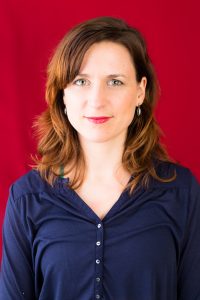 After earning her degree in Utah and taking a brief teaching stint in Idaho, Vissers moved to Seattle to dance. She took a postcard from somewhere—a coffee shop, a bookstore, she doesn’t remember— and put it up on her bare wall for a little color. The card promoted an organization called Yoga Behind Bars (YBB), a program that teaches trauma-informed yoga and meditation to incarcerated individuals in the state of Washington. For an entire year, the postcard was in her eye line. But it took her that long to actually reach out to YBB and get involved.

Vissers began volunteering in 2010, and she now serves as YBB’s executive director. Under her leadership, YBB has more than doubled its programs to include 18 prisons, jails, and detention centers in Washington. In 2015, she spearheaded YBB’s launch of its Yoga Teacher Trainings behind bars, one of the country’s first, and she has presented a TEDx talk on yoga in prisons.

Over the years, Vissers has taught yoga to hundreds of inmates and trained more than 400 people to teach yoga and meditation behind bars. She says her classes are much more diverse in prison than a mainstream yoga studio—with a wide range of ages, races, and students from all walks of life. “We give people tools that they can utilize for the rest of their lives,” Vissers says of YBB and the inner strength it helps its participants develop. “It’s there, inside of them, and they change their self-image as well as gain new skills to cope.”

Vissers cites one of her inspirations, Bryan Stevenson from the Equal Justice Initiative, and his advice to get close to the issues you are trying to solve. She explains that the inmates she teaches often come from poverty, have less access to education, and aren’t treated for mental health issues. But yoga and meditation help provide some tools and benefits that are at least a place to start. And, the inmates say they appreciate a time to reflect and to enjoy the uplifting and positive environment. In a letter to the program, one noted that his small cell made it impossible to extend his arms. “It may seem insignificant, but being able to take up space and to stretch is something I look forward to all week,” wrote the inmate.

Vissers’s time at the U gave her some of the essential tools for her current role. “The bridges of creative thinking and human connection are what I learned in my MFA program. I’m still working with movement and how we can use the body as a vehicle for transformation.” And her peer-to-peer relationships with the U faculty gave her a lot of confidence, as well as a model for her own work. “My interactions with my professors at the U made me feel like they really cared for me as a person,” Vissers says.

“First and foremost, my students are people,” Vissers says firmly. “That’s one of the most important messages of the program—to give people a sense of their humanity. It’s a big step to having a more balanced nervous system and being less reactive. They’re more at home in their bodies. No matter what they’ve done, nobody is just their sentence or the choices they’ve made or the circumstances that led them there.”

Vissers hopes that giving her students a greater connection to themselves will help them build resilience and a deepened belief in their value. The mission of Yoga Behind Bars, to change the prison system “from the inside out,” continues in her capable hands.

One thought on “Yoga Behind Bars”