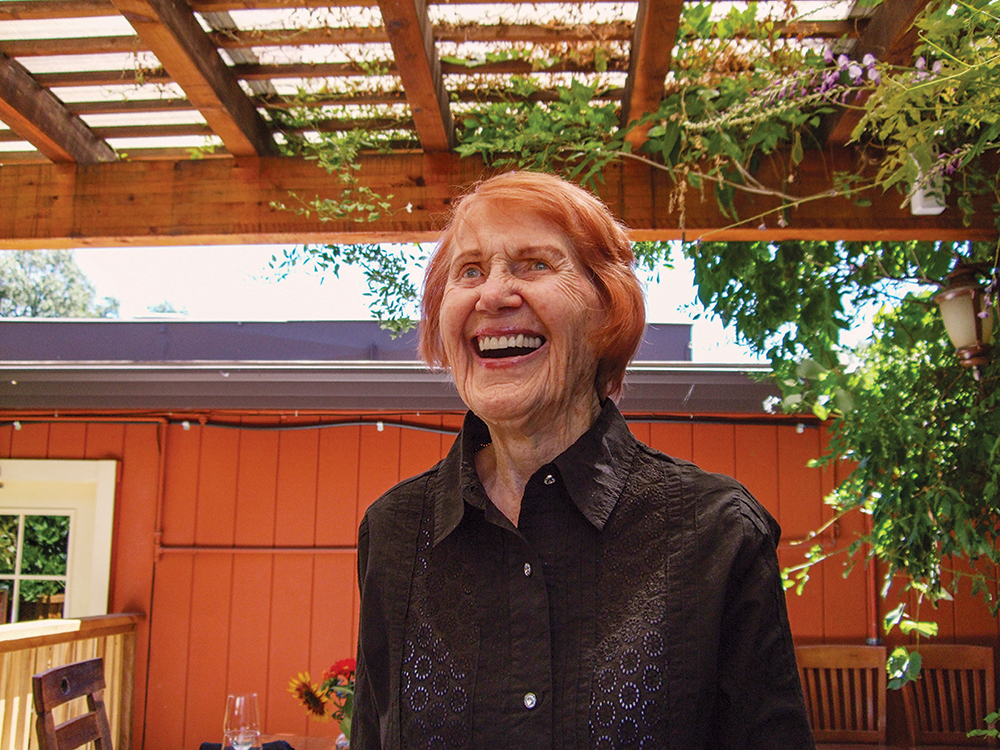 Life was not easy for American women coming of age in the 1930s. Just as the impacts of World War I were fading, the Great Depression began to take hold. “During those years, there were very few opportunities for women,” says U alumna Leslee Anderson Bond BA’39, known as Elma Anderson when she was a U student. “It was a bleak world with no promising future ahead.”

Leslee’s parents were educated and thoughtful—her mother was a teacher, and her father attended college—but, like so many other Americans, they had hit hard times. The family moved often—from Elsinore, Utah, where Leslee was born in 1915, to the Uinta Basin; Soda Springs, Idaho; and Salt Lake City, where she attended West High. “There wasn’t government help for people who were swept under the rug,” she says. “There were no jobs, unless you were rich and had connections, so my folks moved back to Elsinore.” 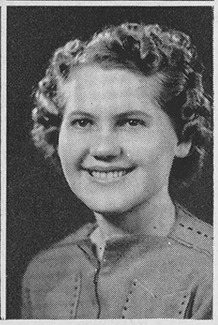 As a child, Leslee was imaginative and loved telling stories. “My family and friends predicted I was going to be a writer. That became my inner wish, my mantra,” she says. “But how was I going to go to a university when my family couldn’t help pay for it?” Fortunately, she was able to earn about $46 cleaning motel rooms in Elsinore during the summer before she started at the U. “My mother made me a skirt from a pair of my dad’s old trousers, a cousin gave me a blouse she was discarding, and a friend gave me a free ride back to Salt Lake,” she recalls. “That and a small scholarship from West High and my family’s prayers gave me the courage to try for a college education and a job as a teacher.”

Once in Salt Lake, she procured a place to work for room and board and got a job on campus, earning enough to cover her tuition, books, and other expenses. “Thank God for our wonderful President Roosevelt,” she says. Leslee credits his programs, supervised at the U by Myrtle Austin, dean of women, with making it possible for thousands of students to work on campus and pay for school.

As a freshman in 1934, Leslee took a geology class from Frederick J. Pack, a well-known geologist. He became her favorite professor. She vividly remembers her first exam in his class. “I was an avid reader of the textbook, and by my standards, I prepared myself very well for that first big test,” she says. “When he gave the exam, I knew all the answers, and wrote and wrote. I was sure it was an A paper.” It came back as a D paper. “Most of us in the class did poorly,” she recalls. “He explained how we didn’t properly evaluate how to read the questions and so we didn’t know how to properly answer them.” Pack’s explanation helped Leslee in all her classes throughout college. “He taught me how to read and take a test,” she says, “I loved his class.”

The following year, Leslee found part-time work at the U’s newly completed library in the George Thomas Building on Presidents Circle (then called the Horseshoe). At the time, Thomas was president of the U. “The first year, I dusted and shelved the books. The second year, I worked in the circulation department. The third year, my duties expanded to include working in the reserves,” she says. “I felt like I was running the library.”

During the time Leslee was a student at the U, from 1934 to 1939, in addition to the George Thomas library building, 61 acres were added to campus from Fort Douglas Reservation (1934); the Graduate School of Social Work was organized (1937); and Carlson Hall (1938) and the Mines Building (1939) were erected. Of the buildings, just the George Thomas remains (and it is currently undergoing a major renovation to house the new Crocker Science Center) .

Leslee graduated in 1939 with a bachelor’s degree in English and got a job organizing a high school library in Salina, Utah. When World War II broke out, she moved to Santa Monica, California, to work for the war effort. Later, she returned to being a librarian and worked at public libraries in Santa Monica, including at a technical library for RCA. She married twice, and has four daughters, four granddaughters, and eight great-grandchildren. Today, Leslee lives in an assisted living community for seniors north of San Francisco.

“Those years I spent at the U were my growing years. The friendships with professors and instructors gave me new depth and understanding,” says Leslee. “It’s where I learned about the possibilities of life and formed a positive philosophy that still carries me forward, even at age 101.”

The Alumni Association has added four new members to its board of directors, as well as electing new presidents for three of the board’s five affiliates. The new directors are Pam Clawson BS’91 MPA’96, Dave Gessel BS’83, Alise Orlandi BS’89, and Ross Romero BS’93.

Clawson received both her bachelor’s degree and master’s of public administration from the U. She works as an executive recruiter for Recruiting Connection and serves on the board of the University Hospital Foundation.

Gessel graduated from the U with a degree in political science and went on to get his law degree from the University of Virginia in 1991. A former member of the Beehive Honor Society board, he is an attorney with the Utah Hospital Association.

Orlandi received a bachelor’s degree in finance from the U. A former member of the association’s L.A. Chapter board, she is currently a homemaker and volunteer with PTA boards and the Junior League of Salt Lake City.

Romero received a bachelor’s degree from the U in political science and a law degree from the University of Michigan. A former member of the association’s Young Alumni and Beehive boards, he is a banker at Zions Bank.

The new presidents of the affiliated boards are Shauna Young BS’64, Emeritus Alumni Board; Brian Rosander BS’01 JD’05, Young Alumni Board; and Daniel Folsom, Student Alumni Board. While the Beehive Honor Society is now a committee rather than an affiliated board, its new chair Sammy Fan BS’02 MAcc’05 will also serve on the association’s board of directors.

A group of Ute fans were so impressed with Notre Dame’s warm welcome to their football stadium in 2010, they initiated efforts to create a U Alumni Ambassador football program to do the same for visiting fans at Rice- Eccles Stadium. The program is taking off this fall, thanks to Alumni Emeritus Board members Mary Thornton BS’71 and Jim Cannon BA’68 (board president) and the director of guest services for Rice-Eccles, Dave Wakefield BA’05. Identifiable by their bright green vests, 80 Alumni Ambassadors are expected to greet and assist visitors at this season’s home games. To find out more, visit alumni.utah.edu/ambassadors.