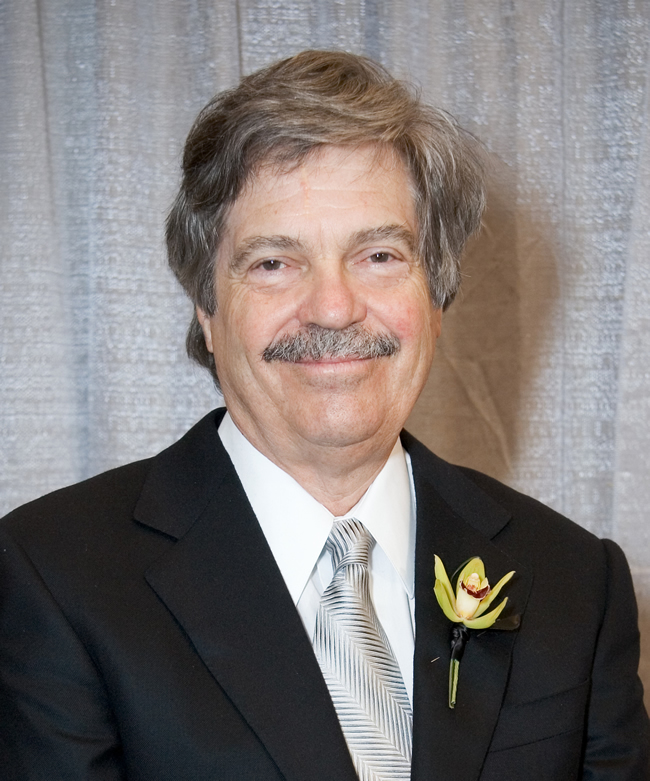 The University of Utah has been a leader in personal computing since the phrase was coined. Many of the very foundations of modern computing were built by U alumni such as Alan Kay MS’68 PhD’69, who helped innovate the graphical user interface and object-oriented languages, as well as the laptop computer. His groundbreaking work has been recognized over the years with many honors, including the A.M. Turing award, known as the “Nobel Prize of computing.” Kay is currently president of the nonprofit Viewpoints Research Institute and an adjunct professor of computer science at the University of California at Los Angeles.

The long list of U computer science pioneers also includes such innovators as Alan Ashton BA’66 PhD’70, who cofounded WordPerfect; Jim Clark PhD’74, cofounder of what became Netscape; Fred Parke BS’65 MS’72 PhD’74, a trailblazer in early animation combining facial expressions and vocals; and Jim Kajiya BS’77 MS’77 PhD’79, whose honors include an Academy Award recognizing his groundbreaking technique for creating computer-generated images of fur and hair. Ashton and his wife, Karen, later founded and still own the Thanksgiving Point gardens and museum complex in Lehi, Utah. Clark, who was one of the co-founders of Silicon Graphics, Inc., also founded Healtheon, which merged with WebMD. Parke is currently a professor and director of the Visualization Sciences Program at Texas A&M University. Kajiya is a researcher emeritus with Microsoft Research and founded Tolt Machine Works in 2010 to create complex, precision components for applications such as wind and hydroelectric power. 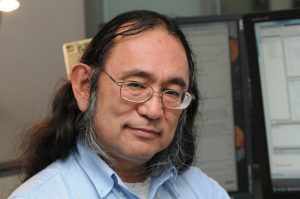 The U has continued its computing innovation, making deep inroads into the latest computer graphics applications with the introduction and fast rise of its Entertainment Arts & Engineering program, which focuses on video games, as well as game technology-based digital films. Now in its sixth year, the program is already sending out successful graduates. Jason T. Williams BS’10 MS’10 currently works for Microsoft Studios, which develops and publishes games for the Xbox, Xbox 360, Windows, and Windows Phone platforms. While still at the U, Gene Peterson BS’10 MS’10 interned with both Disney Interactive Studios and Electronic Arts, Inc. He is now a senior software engineer with Zynga, where he worked on the Mafia Wars franchise for a few years and now focuses on mobile games. Chris Bireley BS’10 MS’10 is also now with Zynga, as are Daniel Van Tassell BS’11 and Russell Bloomdale BS’12. 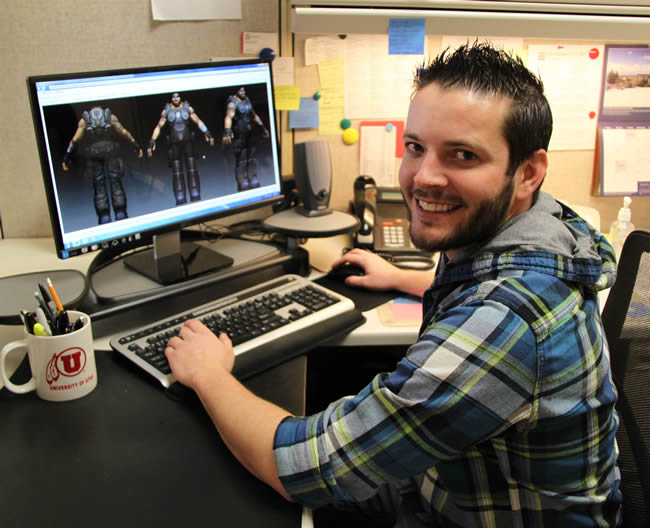 The U added a master’s degree to the Entertainment Arts & Engineering program in 2010, and many of the program’s first undergraduate class continued on in this new Master Games Studio. One alum of both the first bachelor’s and master’s cohorts, Sean Forsgren BA’11 MFA’12, as an undergraduate was the lead producer on Rapunzel’s Fight Knight, the first game released by the U program. He is now working for glasses.com on an Augmented Reality project. Tyler Hamill BA’11—who while at the U worked on the highly successful game Minions!—is now an animator with Electronic Arts.

During his undergraduate studies, Damean Lyon BA’12 led a team of fellow students in creating the game Heroes of Hat, which in May 2012 became the first student-created video game released through Utah Game Forge, the company the U created to help students market their work. Lyon, who is now in the U graduate program, has been producing short films and banners for Forward Solutions, an entrepreneurial company focused mainly on training items or tools for military personnel. Lyon served in Iraq with the U.S. Marine Corps as a sergeant specializing in aviation ordnance, and he also now does graphic design for Rogue Corps, which helps wounded veterans participate in outdoor activities. The nonprofit group was founded by his brother, David, a double amputee injured while serving as a Marine in Afghanistan. Heroes of Hat’s lead designer and programmer, Jon Futch BS’12, is also now in the graduate program, as well as working full time at Disney Interactive Studios in Salt Lake City. Hat team member Johnathan Nielsen BS’12 recently built the user interface for Superbot’s new game PlayStation All-Stars Battle Royale. 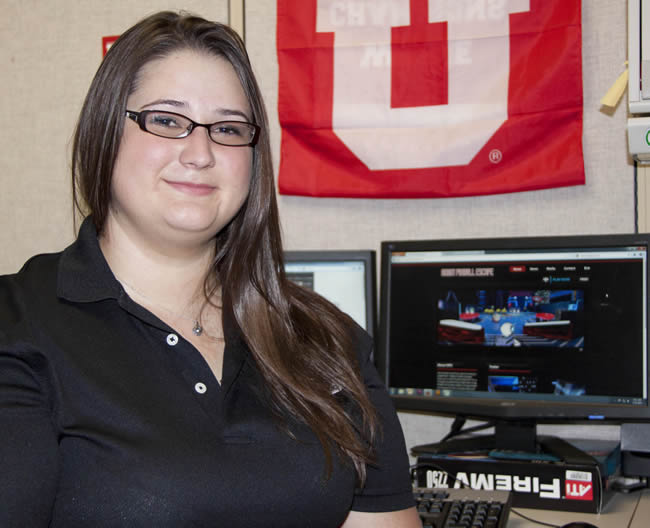 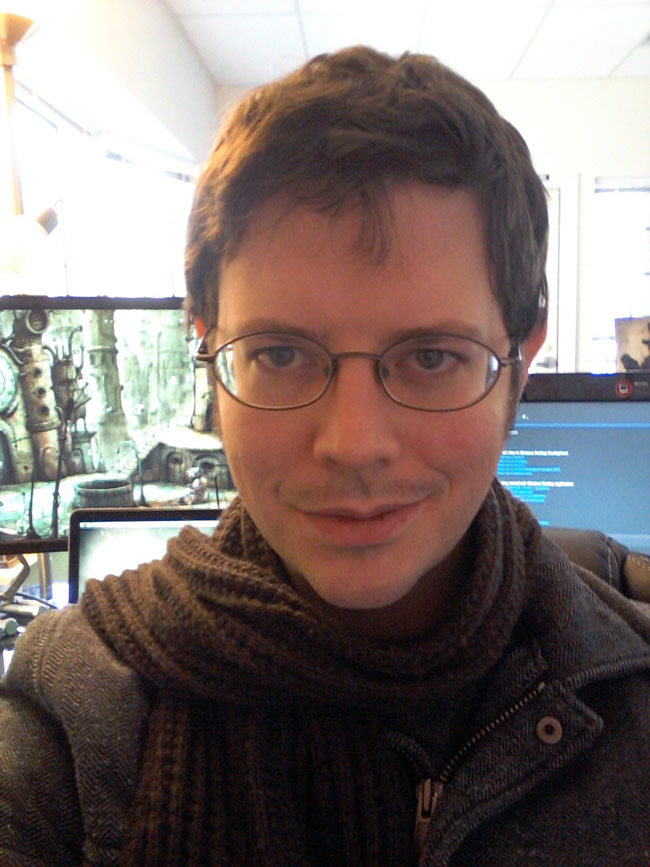 The nine students who worked on Utah Game Forge’s second release, Erie, include Matt Anderson HBA’09 MFA’12, the game’s chief designer, who was an Independent Game Developers Association scholar in 2012 and is now a producer at Wyrd Games and creative director for Broken Compass Studios, which released the app game Catball Eats it All in 2011. Level and sound designer Christopher Diller BA’10 MFA’12 is working in IT with the Natural History Museum of Utah. Jamie King MS’12, the game’s main engineer, is teaching at Neumont University. Ryan Bown MFA’12, the game’s main environmental artist, is now an adjunct instructor for the U’s program and is working on Erie II. Diller and Bown later teamed up with Adam Ellis and Betina Tin MFA’12 (also an artist on Robot) to create Tactical Measure, which took Honorable Mention at Microsoft’s 2012 Imagine Cup.

Other alumni have drawn on their U experience with “machinima,” movies created using video game technology. Eden, created by a team of 12 students led by senior film student Luke Hartvigsen, won the Best Science Fiction award at the International Student Film Festival in Hollywood, California, in 2011. Edgar Nielsen BFA’11 provided the 2-D animated opening sequence for the film. Nielsen and fellow film graduate Michael Whitaker BA’10 co-founded the game company Cerbercat and have published titles online and on mobile devices, including Grow the Grass, Puzzle Candy, and Halloween Panic. Nielsen also teaches animation and the basics of story to students at Salt Lake City’s Bryant Middle School and has contributed to the Render Exhibit at The Leonardo museum. He also creates cartoons that he features on his personal website, partnered YouTube channel, and elsewhere. Another former machinima student, Sarah Ripley BS’12, is now a software developer with L-3 Communications, where she has worked on projects including the NASA Global Hawk program. 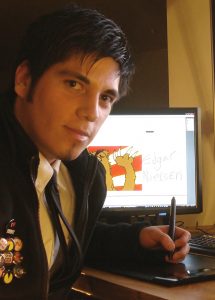 Several of the core faculty members in the U’s program are also alumni. Corrinne Lewis BA’03 is program manager for the Master Games Studio. Robert Kessler BS’74 MS’77 PhD’81, associate director of the School of Computing, cofounded the Entertainment Arts & Engineering program and has been executive director of the Master Games Studio since its inception. He worked as a student programmer with Burroughs Corp. in the early 1970s (his master’s project became a text editor and file system for a Burroughs computer system), and he went on to found two software companies and serve as a visiting scientist at the Hewlett-Packard Research Labs.

Another Entertainment Arts & Engineering program cofounder, Roger Altizer MS’06, is the program’s director of game design and production. He previously worked as a tester on the original Xbox and was a videogame journalist for about.com, a website owned by The New York Times. Mark van Langeveld PhD’09, the program’s engineering track director, designed and directed interactive music videos for Sting and Peter Gabriel, as well as the first major interactive TV (I-TV) show at Microsoft, Vine Street. He has now taught computer graphics for more than 20 years.

2 thoughts on “Through the Years: Ahead of the Game (computer science innovators)”