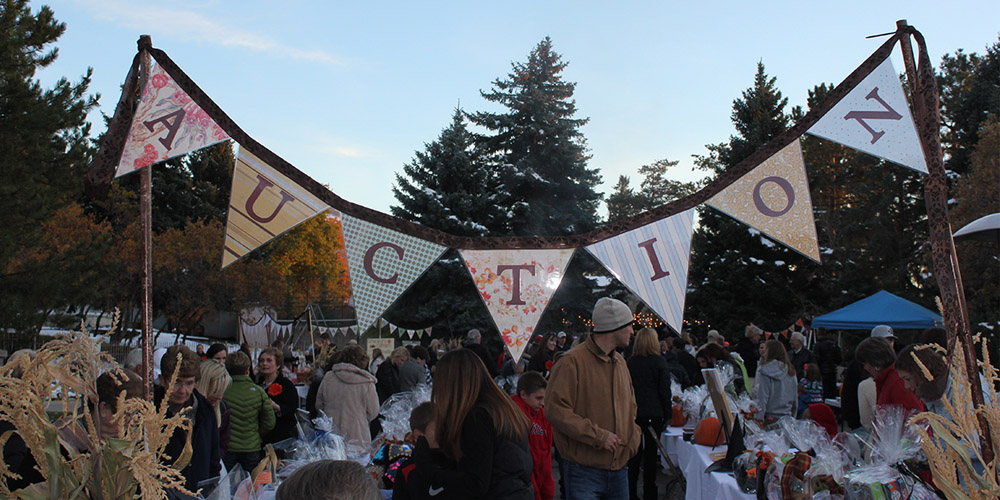 At 2 o’clock in the afternoon on October 2, 2015, a microburst swept the northeast corner of the Salt Lake Valley. Rain, wind, thunder, lightning. It was a once-every-10-years weather event. But on a cul-de-sac just beyond the University of Utah campus, a dedicated handful of neighbors were not going to let a little nickel-sized hail stop them. They grabbed towels, opened garages, threw things in trunks—whatever it took to protect tables and displays while the storm roared through. They were determined to be ready by 5:30 that evening, come hell or high water (and both were surely coming), for the fourth Gracey’s Harvest of Hope. The street festival was a fundraiser for a woman with young special-needs triplets who herself was fighting two different forms of breast cancer. They would not let her down.

And they didn’t. That stormy night was one of Gracey’s Harvest of Hope’s best years.

“We are continually inspired by all that people can accomplish by working together for a common cause,” says alumna Mindy Hughes BS’94 MS’96, who along with her husband Mike BS’98, is the founder and primary organizer of this now-annual fundraising event.

Gracey’s Harvest of Hope was started in 2012. In Mindy and Mike’s neighborhood that year, two families faced devastating challenges. One was a young mother diagnosed with aggressive breast cancer, and the other was a toddler whose heart was attacked by a virus. 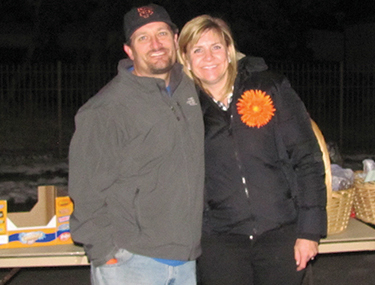 “When our friends were struggling with life-altering illnesses, our entire neighborhood was trying to figure out a way to help,” Mindy remembers. “So we all decided to do a fundraiser, to show our support and love for them, and also to help raise money for medical expenses.”

Mindy was a perfect fit to head the effort. Before becoming a full-time mother to five children, Mindy used her management education in the offices of the Utah Jazz and the University of Utah men’s basketball program. She organized a committee, and they decided to close off a cul-de-sac in the neighborhood and hold a street festival that included a silent auction, boutique, bake sale, children’s games, and food.

“The first year, we were a little worried that no people would show up,” says Mike, who also got his degree in business and is now a senior account executive for KSL TV in Salt Lake City. But they were overwhelmed by the turnout and generosity, and they knew they were onto something special.

“We had such an amazing experience with the first festival that we wanted to replicate it year after year. It was incredible to see the neighborhood all come together,” says Mindy.

Harvest of Hope is now a 501(c)(3) charitable organization with the express mission to help local families and individuals facing extreme challenges. So far the festival has helped five families and has raised tens of thousands of dollars each year. The past two years, they have also donated to Dr. Joshua Schiffman’s pediatric cancer research at the U’s Huntsman Cancer Institute. And while it may seem that being a graduate of the U is a requirement to participate—because most of the recipients and volunteers have attended the university— it actually is not. The only requirement is to have a need or a desire to help. 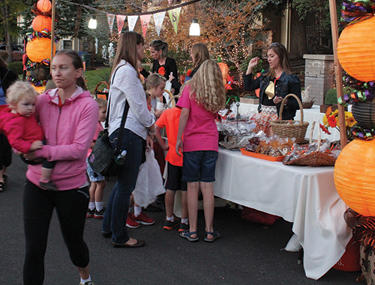 “We have become very attached to each and every recipient,” says Mike. “Each of them has had their own unique set of circumstances and struggles that may seem unbearable to many of us. However, it is encouraging to see these families rise above their difficulties.”

The same could be said for Mindy and Mike themselves. They also happen to be parents of triplets. However, they lost one of their baby girls when she was just one month old due to necrotizing fasciitis—a flesh-eating bacteria—contracted in the hospital.

“Mike and I had always wanted to do something in her name to keep her memory alive and for our other children to feel like they had a connection to her,” Mindy says. “We knew this effort and festival should be called ‘Gracey’s’ Harvest of Hope in her honor.”

This year’s festival will be held on October 7, in that same neighborhood cul-de-sac—hopefully sans rain—with a new recipient family benefiting from the efforts of this determined community. And once again, attendees will share in the generosity and feel just a little inspired by what can be accomplished when people decide to rally.

—Lisa Thomson is a freelance writer in Salt Lake City and serves as chair of the festival’s silent auction.