Each spring, the Alumni Association and its Young Alumni Board (YAB) honor an alumnus/a who attended the University of Utah within the last 15 years with its Par Excellence Award, presented on the basis of the recipient’s outstanding professional achievements and contribution to the betterment of society. This year, we recognize outstanding architect Brad Wilkins.

Wilkins, senior designer at Adrian Smith + Gordon Gill Architecture, a firm that specializes in sustainable, large, mixed-use buildings, is one of a very small group of emerging world-class architects. During his relatively brief career, he has worked on the world’s tallest building, the Burj Khalifa in Dubai, and the world’s first zero-energy, super-tall skyscraper, the Pearl River Tower in China. He is currently the senior designer of the Clean Technology Tower and the National Museum of Health and Medicine in Chicago, among other projects. 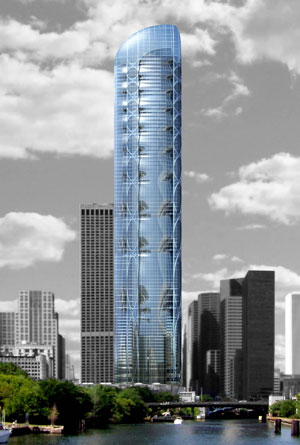 Building on the principles of biomimicry, the Clean Technology Tower (in Chicago) will use advanced technologies and climate-appropriate building systems to foster a symbiotic relationship with the local environment, harnessing the power of natural forces.

A native of Utah, Wilkins graduated in 2001 from the University of Utah’s architecture program and in 2004 from the University of Pennsylvania’s School of Design with a master’s in architecture. His career has been marked with a number of significant designs in sustainable, energy-efficient, super-tall buildings, and his design expertise and creativity have contributed to a variety of advances in this highly competitive field, including patented work on building-integrated wind turbines. He has received accreditation from the U.S. Green Building Council for Leadership in Energy and Environmental Design (LEED) as a LEED Accredited Professional.

Wilkins is also involved in a number of charitable and civic activities, including as a founding member of the Taj Heritage Foundation, devoted to preserving the home and city of the Taj Mahal; a member of the Chicago Architecture Foundation, dedicated to education, preservation, and promotion of Chicago’s unique architectural heritage; and a member of the Frank Lloyd Wright Preservation Trust, whose mission is preserving and advancing the understanding of the work and contribution of one of America’s signature architects.

Buildings for which Wilkins has had design responsibility have received honors including a Gold Award (for the Pearl River Towers) from the 2008 Spark Awards, the 2008 Best Green Development from the Arabian Property Middle East Awards, and a 2008 Utah Heritage Award from the Utah Heritage Foundation, among others.

Off the job, Wilkins enjoys traveling, photography, reading, golf, and running. He is also a die-hard fan of Football Club Barcelona, and, of course, the Runnin’ Utes and Utah football.

“Life for me started at the U,” says Wilkins, noting that he was the child of “two struggling but happy University of Utah law students (his father is Utah Supreme Court Justice Michael J. Wilkins BS’75 JD’77, and his mother is retired Judge Diane W. Wilkins BA’75 JD’79),” so his life has always been tied to red in some way. “Everyone in my family has a degree from the U, and often two,” he notes.

As a student at the U, Wilkins says he “found everything: friends, fun, dating,” and involvement—with LDSSA, Sigma Chi, AIAS, and ASUU, among other campus groups. Oh, and academics: “Architecture and art classes ate up all of my time,” says Wilkins. “I could frequently be found at odd times of the night and day at my desk in the architecture building, drawing. But I haven’t forgotten that I kept my golf clubs under that desk.”

The YAB also recognizes a faculty or staff member with the Philip and Miriam Perlman Excellence in Student Counseling Award for his/her dedication to students in helping them steer a successful course through their studies at the University. This year’s honoree is Jency Brown.

Brown is assistant dean in University College and the coordinator for the University of Utah Scholastic Standards Program administered through University College Advising. Brown has been advising students for more than 15 years, during which time he has assisted countless students with issues that have had a direct impact on their academic success.
Brown continually polishes his advising skills through professional development—by attending workshops and presentations on enhancing developmental advising strategies, understanding interest inventories, and developing effective communication skills. He is known by faculty and students alike as a caring, knowledgeable person who engages students in a positive way, focusing on collaboration among advisors and departments to positively impact students’ chances of success.

Former student advisee Andrei A. Dobrovinsky BS’05 notes: “Jency Brown believed in me and my abilities, even though everyone else—me included—didn’t. He gave me a second chance in life, and not only was he there to show me the way, but he was also there to guide me [over] the rocky road that ultimately led to success.” 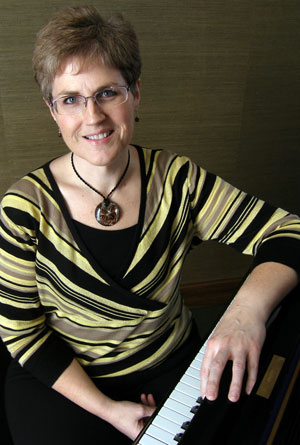 A full-tuition grant sponsored by the U of U Alumni Association is given each February during the annual Founders Day Celebration to a current U of U student who has overcome difficult circumstances or challenges and served the University of Utah and the community in a positive way. Here, we profile the 2010 recipient, Laurel Enke.

Enke began her studies at the U in the early 1980s, but faced with the challenges of a growing family, she was forced to leave her studies behind. Continued domestic responsibilities, complicated by a serious health setback at age 43 and a subsequent divorce, kept her away from the U for two decades. Now a single mother of four (her children range in age from 8 to 23), Enke is determined to finish her bachelor’s degree, in spite of the challenges that lie ahead.

Trained as a pianist, Enke is now a nontraditional student in the Choral Music Education program, maintaining a 3.95 GPA, with the goal of becoming a music teacher. The youngest of eight “very musical children,” Enke spent much of her youth accompanying friends and fellow musicians; playing at funerals, weddings, and recitals; and participating in every available musical opportunity at school, including choir, jazz band, and musicals, along with playing the flute (another talent) in band and orchestra. As an adult, Enke has been the accompanist for a group of talented young violinists, the Rocky Mountain Strings, as well as a number of community choirs. She has also done some voice studio work and is a member of the acclaimed University of Utah Singers. She traveled with the group last summer to Europe, where the singers won the Chamber Choir competition in Marktoberdorf, Germany.

Enke has decided that her future lies in teaching. She is passionate about “collaborative and chamber work” and wants to share her love for music with others. She also hopes to inspire her own children, through example, to see that an education is essential to meet the challenges of today. 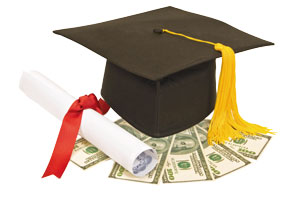 With an eye on the increasing cost of tuition, the Alumni Association has allocated more than $250,000 in student scholarships for 2010-2011. Scholarship funds come from individual donations, the Association’s affinity partner relationships (U of U credit card, insurance, and other programs), the Scholarship Walkway, U of U license plate fees, and the Homecoming 5K Run and Scholarship Golf Scramble.

Thanks to all those who support the Alumni Association’s Scholarship Program!

For information on how to contribute to the Scholarship Program, click here.

The Alumni Association’s Homecoming Committee and The MUSS held a contest last Spring Semester offering a $500 scholarship to the student who suggested the best theme for Homecoming 2010. More than 100 entries were received, and the winning entry, Forever Crimson, was submitted by Sam Haslam (pictured above), a junior majoring in exercise physiology. The chair of the 2010 Homecoming Committee is Jack Buttars BS’96, president of the University Federal Credit Union, which is the presenting sponsor of the Homecoming 2010 weeklong celebration. Save the date!

One thought on “Association News”